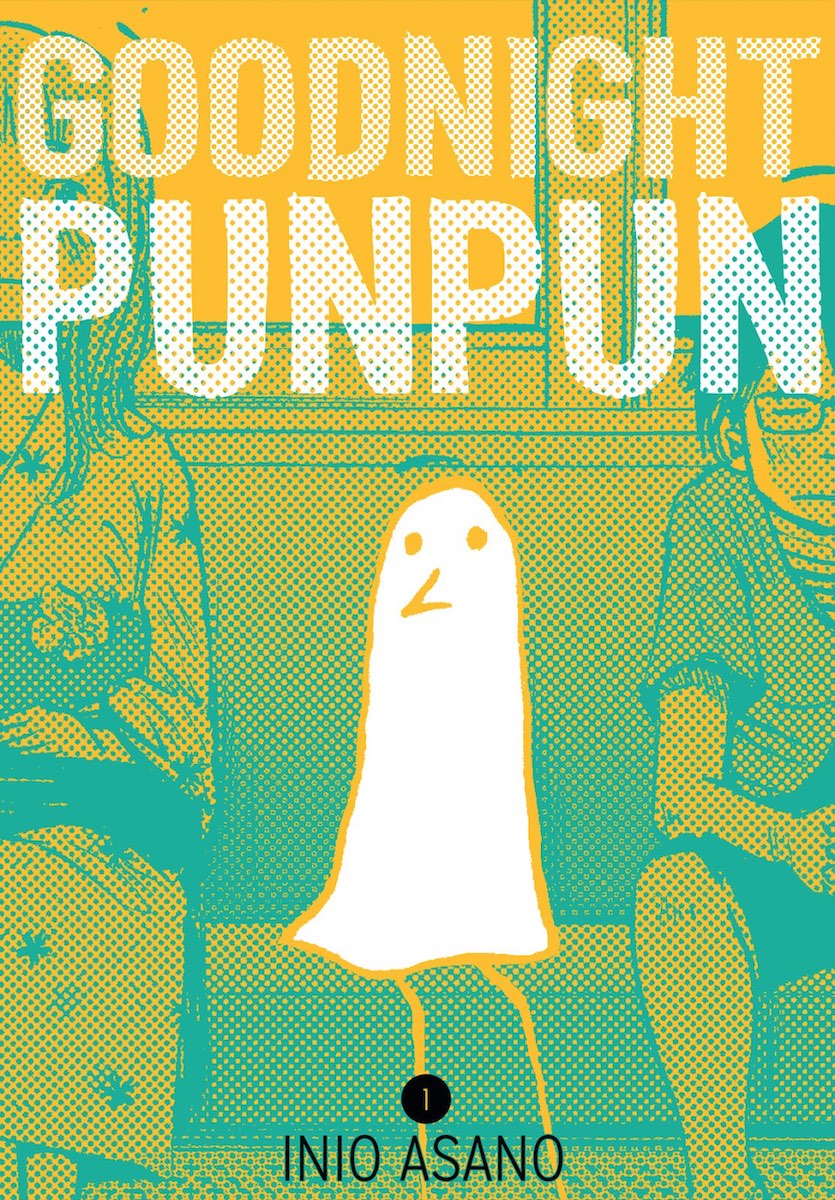 Goodnight Punpun is a wonderful coming-of-age tale about a cute little bird-shaped boy named Punpun, who spends his days playing with friends, wishing over stars, and learning valuable lessons about life, love, and the meaning of promises.

Well, that’s the impression the manga artist, Inio Asano, would like you to have anyway.

If you take the title and Punpun’s cute design at face-value, the manga certainly gives off that vibe. However, as you begin to turn the pages, you quickly realize that it goes much, much further than that.

Goodnight Punpun follows messed up people as they struggle through multiple stages of their messed up lives in modern-day Japan. Though Asano switches between characters often, the focal point of the story is always the titular main character, Punpun. Throughout the manga, we get to explore his issues in depth … and it’s hardly ever pretty. 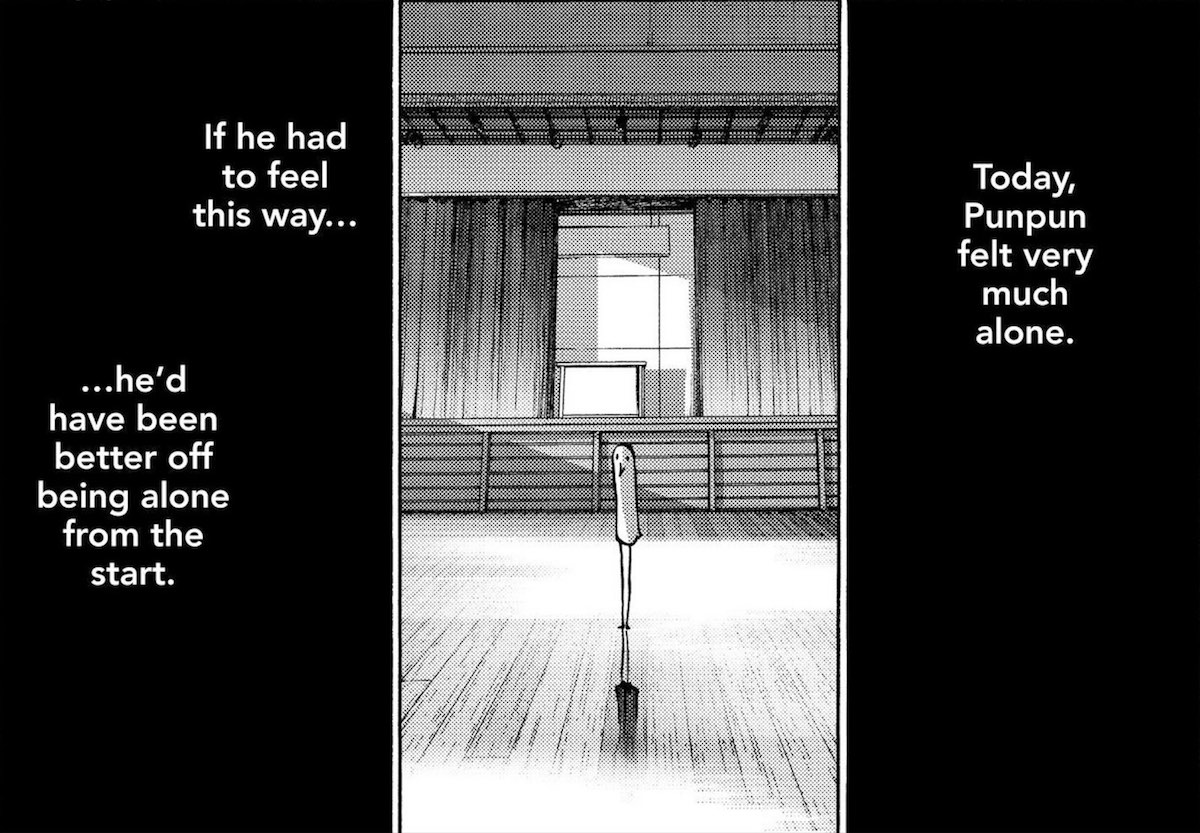 Punpun starts as a shy, kind of emotional 11-year-old boy in 5th grade, full of hopes and dreams and quick to fall in love. As time passes and life throws him a series of curveballs, he develops into something much different. Shyness turns to reclusiveness. He goes from “kinda” emotional to temperamental. His hopes are challenged time and again, and his concept of love becomes skewed.

There’s a lot more to Punpun than his pointy nose and beady eyes. Behind his simplistic design is a young boy struggling with some serious stuff. At first, he has to deal with relatively common issues, like his parents arguing all of the time. But that problem quickly escalates, and becomes a catalyst for more issues that develop in Punpun’s life later on.

Asano’s intention with this manga is to pull you in, butter you up for a simple story, and then ultimately shock you out of your complacency. If you haven’t guessed it yet, Punpun isn’t your average slice-of-life manga. Most stories in this genre depict life in an idyllic fashion, but Asano’s take is a little less rosy. (More like a slice-of-strife, am I right?)

At some point, you will feel incredibly uneasy reading this story. Asano has a great talent for depicting people and life in sometimes painfully realistic ways. With Punpun, he puts emphasis on the “painfully” part. You will watch Punpun make many mistakes from chapter to chapter: with family, with girls, and with friends. It can be infuriating, but most of the time it’s uncomfortable or just plain sad. If it’s at all relatable, those feelings are amplified. Point being, it’s not always a fun read (unless your idea of fun is re-watching something like Grave of the Fireflies). 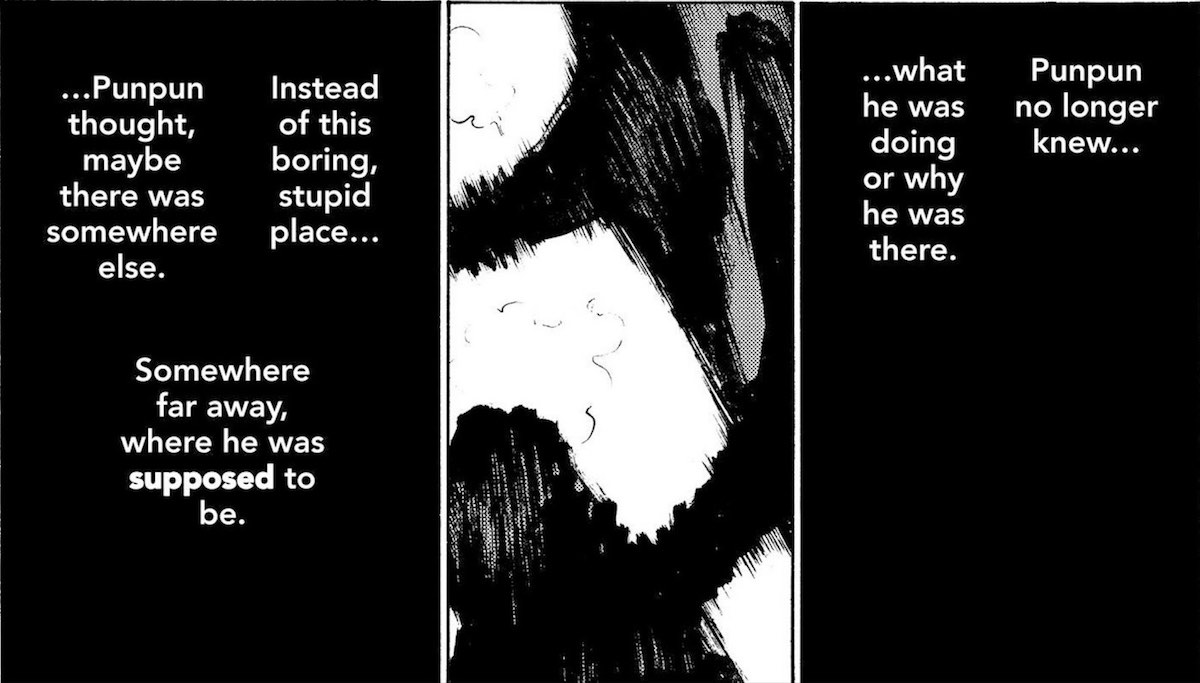 Asano’s technique is a unique blend of digital and analog that he’s been iterating on for many years through several manga, and results in some jaw-dropping two-page spreads scattered throughout each omnibus.

Asano’s goal is to immerse the reader as much as possible, and he does this by focusing obsessively on the details. In Goodnight Punpun, this attention to detail manifests in both his art and his writing. 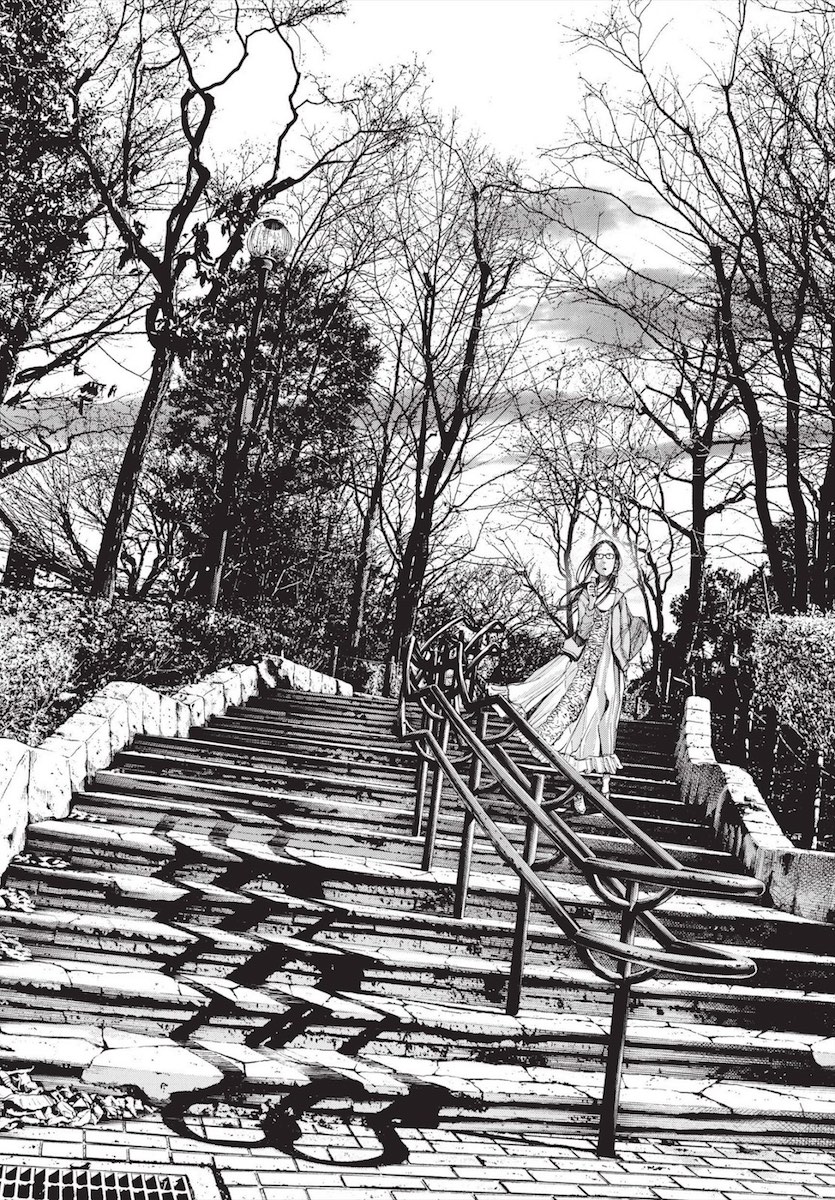 When you first flip through the pages, you might be surprised by how detailed the backgrounds are, and that’s because most of them come from photographs that Asano took himself. He imports the photos into Photoshop and then alters them digitally to give them a look that matches the style of manga. After that, he uses analog methods to make them his own, and really makes them pop from the page.

His technique is a unique blend of digital and analog that he’s been iterating on for many years through several manga, and results in some jaw-dropping two-page spreads scattered throughout each omnibus.

It doesn’t stop at the backgrounds. Characters are drawn with realistic proportions and have very detailed expressions and clothing. I always love it when an artist makes the extra effort to change their characters’ clothes from time to time, especially with a story that’s supposed to take place in the real world. Thankfully, Asano not only does this, but his characters actually look Japanese. Not that it’s a bad thing otherwise, but it helps sell that this is a (mostly) realistic story about Japanese people living in Japan.

The only exceptions to those realistic designs are Punpun and his family. While Punpun shares a similar design with his parents and uncle, it’s never confusing to tell them apart, because Asano makes each member of the family stand out in their own ways. For instance, Punpun’s uncle, Yuichi, wears glasses and a beanie, while his mom is drawn with eyelashes, ridiculous hair, and exaggerated breasts.

As Punpun and his family age, Asano finds ways to change up their designs in small ways, like giving Punpun long, slicked hair during some of his awkward teenage phases, or adding facial hair to his uncle and slimming out his design. 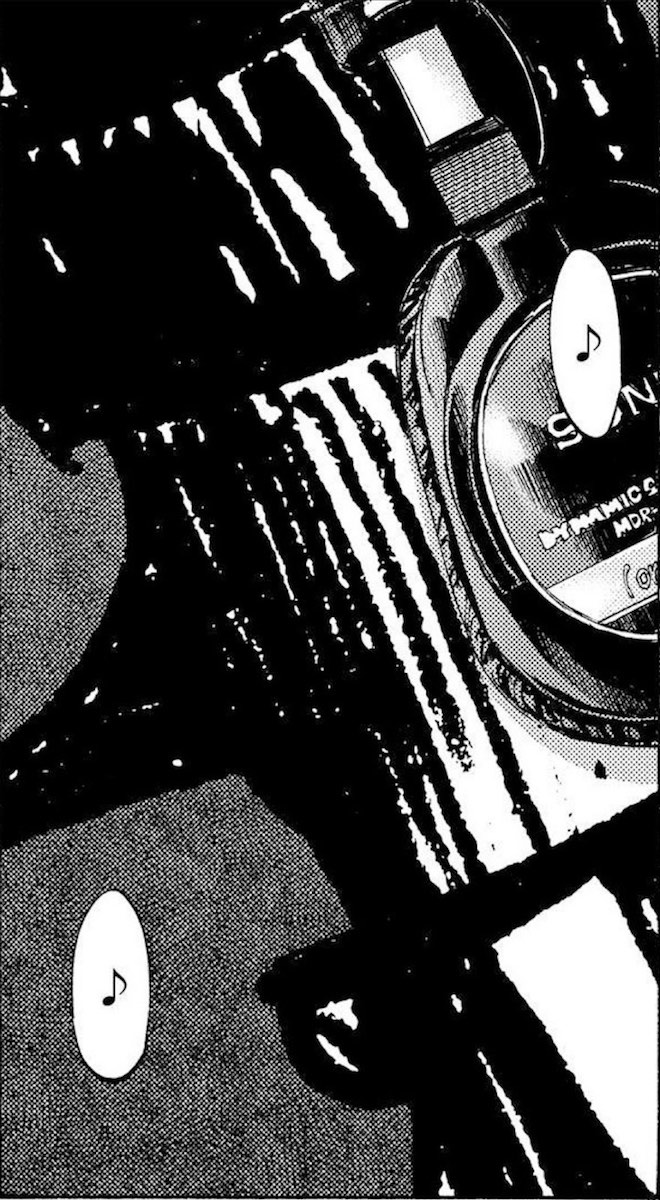 During key developments in the story, Asano also does some cool things with Punpun’s design specifically. Without spoiling what those are, Punpun doesn’t always take on the rounded bird-like form he does in the beginning. Some designs are silly-looking, others are ominous, but all of them reflect where Punpun is at physically and emotionally in the story. (What exactly he is feeling during those times can be up to interpretation.)

Punpun being drawn this way allows Asano to accomplish scenes he wouldn’t have otherwise been able to draw. It’s really amazing how far Asano takes such a simple design, and the types of emotions he’s able to evoke from it.

I barely scratched the surface with this review, because there is just so much here to talk about. I also hardly touched on the other characters, but there is one I want to mention before closing. There is a very weird man named Pegasus who runs a cult in the story. Without spoiling anything major, Pegasus shows up sometime later in the manga and plays a pretty significant role in the story. In fact, Asano considers him the other main character of Goodnight Punpun. 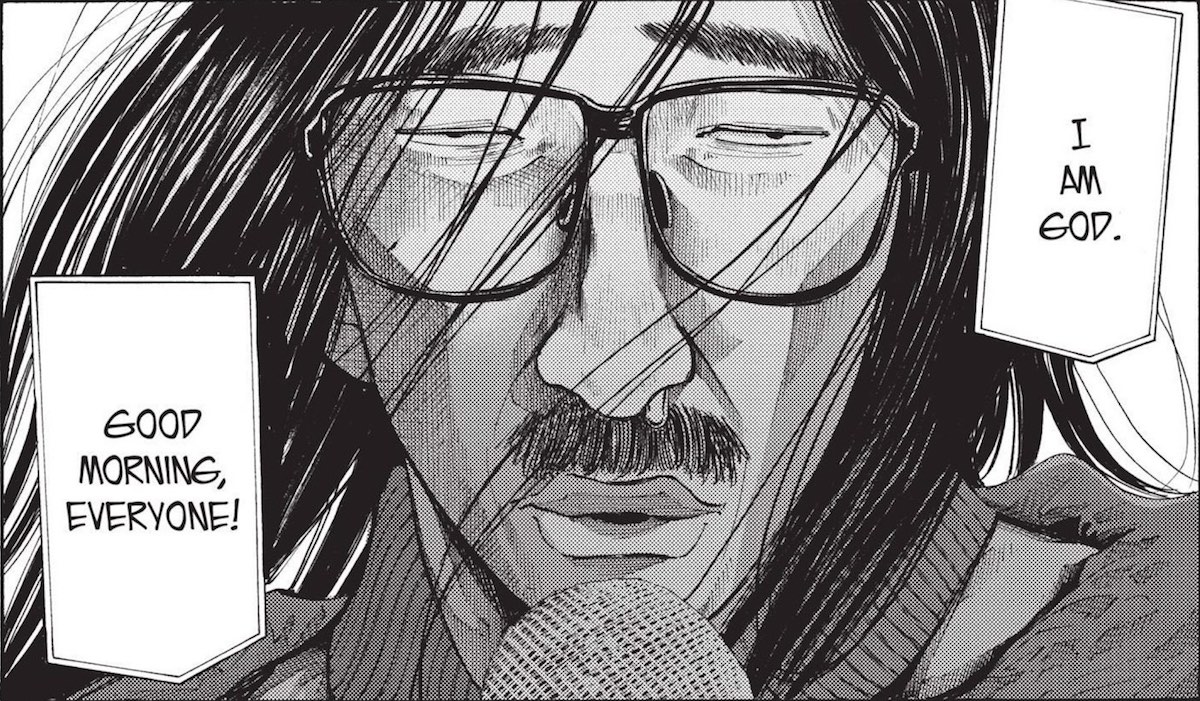 When he comes on to the scene, he’s usually spouting crazy talk and mostly serves a voice box for Asano’s own philosophy. Regardless of his narrative importance, his frequent speeches and hijinks in the manga are tedious at times. You’re left wondering why he’s there, what exactly he is trying to say, and what the heck is wrong with him, but you can’t get past him fast enough.

Goodnight Punpun tells a powerful, thought-provoking story that challenges conventions and turns clichés on its head. It cut me deep and left me reeling.

It feels like Pegasus's character holds up the story at certain points in the manga. Chapters that focus on him are often placed in the middle of some heavy developments in Punpun’s life, so most of the time I was wishing he would disappear already so I could get back to Punpun. Or get back to literally any other character besides him and his cult.

Despite this, my feelings of the manga are positive overall, because I still consider Goodnight Punpun very special. It explores subjects most manga try to avoid, and does so with caution. It has characters that are so multi-faceted, a simple review could never do them justice. It tells a powerful, thought-provoking story that challenges conventions and turns clichés on its head. It cut me deep and left me reeling. By the end, I was full of thoughts, but too emotionally drained to act on any of them right away or even attempt to describe what I was feeling. 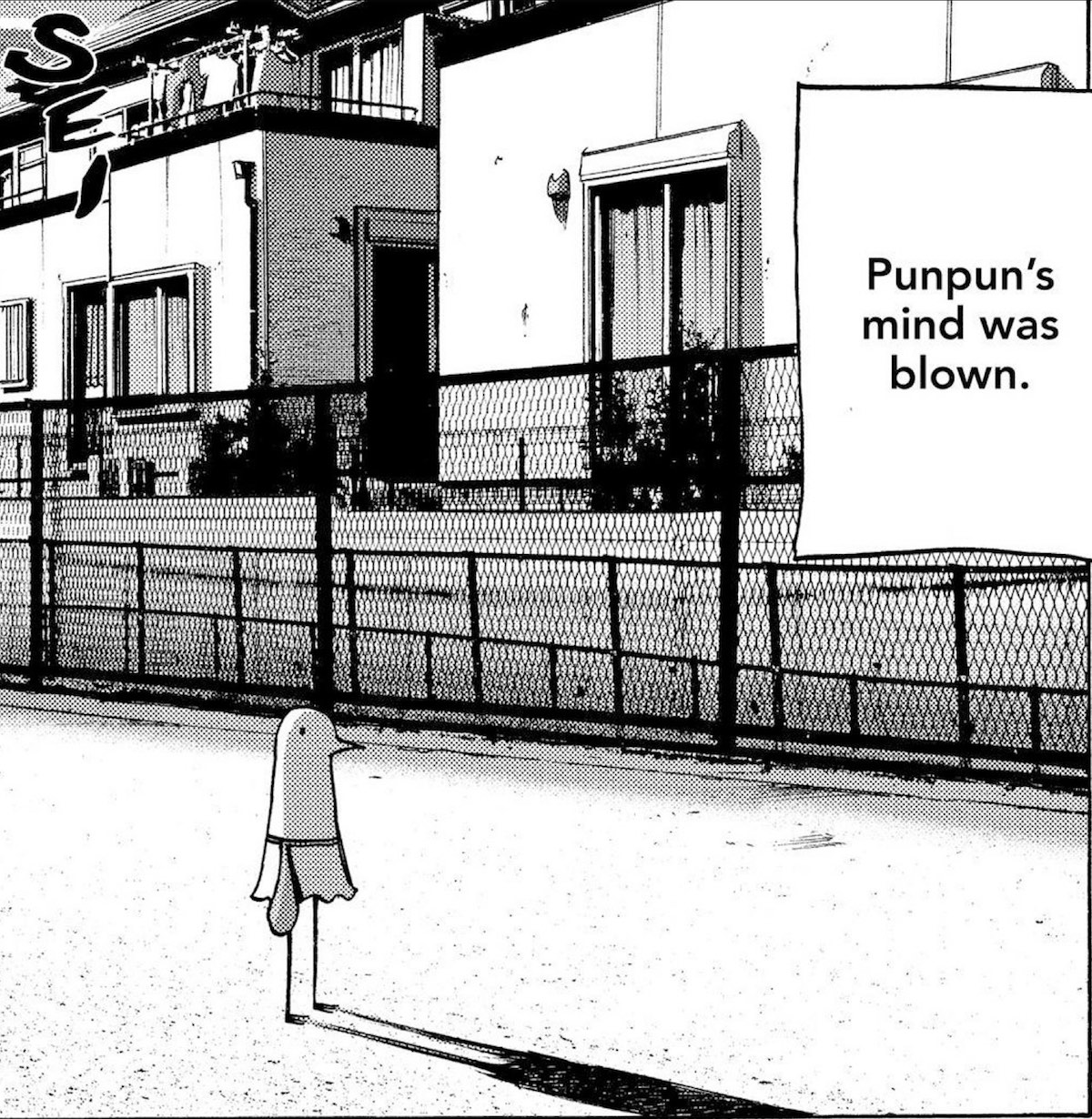 It’s rare that a story like this exists, and it’s also rare for a manga to make me think and feel as deeply as this one did. It took some fighting from Asano to get this story published the way he wanted it, and he lost a lot of readers during its magazine serialization, but I believe it was worth the effort. The wounds are still raw, so I may not re-read it right away, but even if I never read it again, Goodnight Punpun is a manga that will stick with me for a long, long time.

This review is based on the 7 digital VIZ omnibuses, purchased by the reviewer.