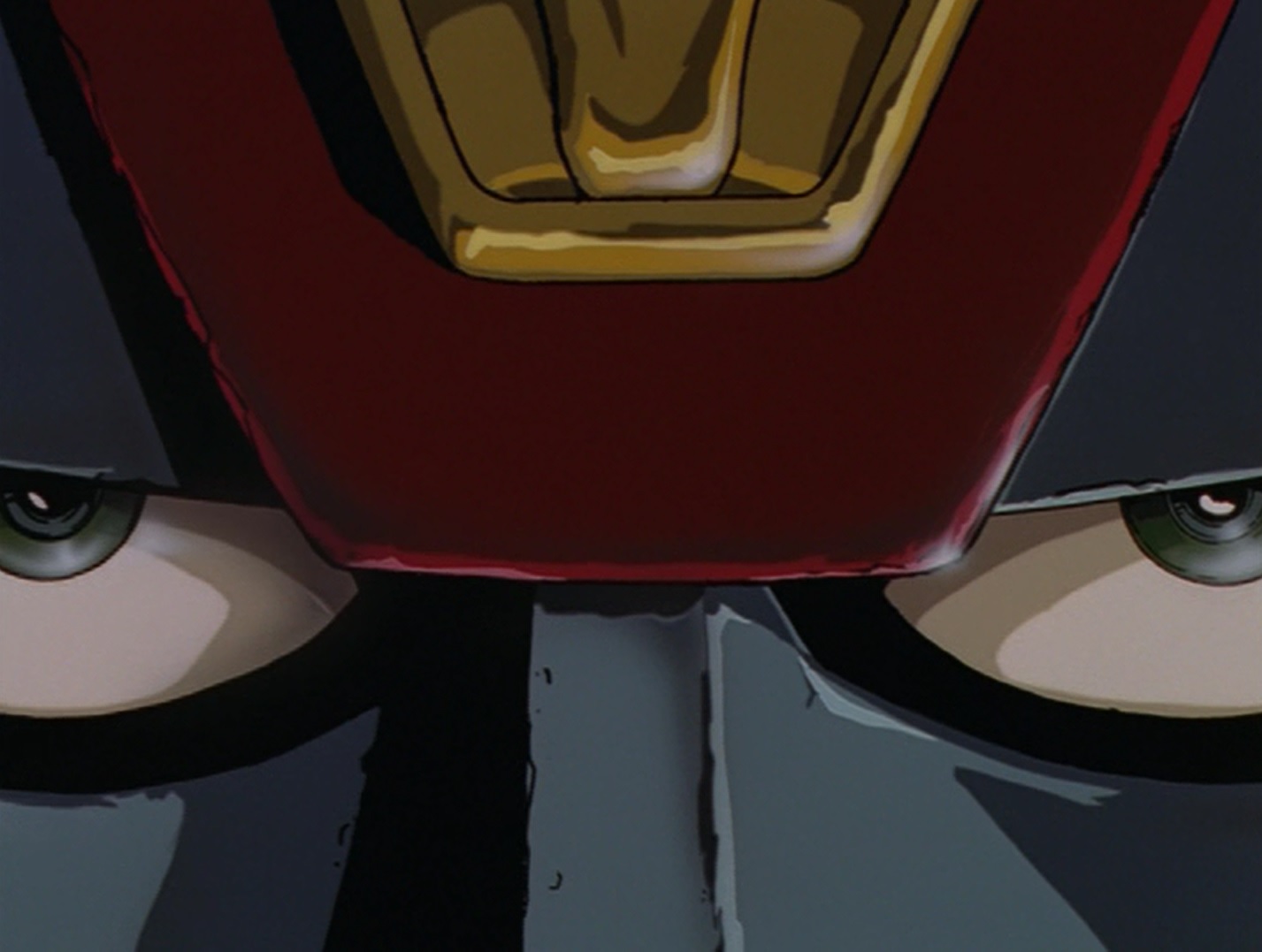 We participated in the Reverse Thieves' Anime Secret Santa this year! Ink was assigned to review Giant Robo: The Day the Earth Stood Still.

Disclaimer: I don’t like giant robot shows. That said, I chose Yasuhiro Imagawa’s Giant Robo: The Day the Earth Stood Still because I was in the mood for something big, dumb, and fun. Roughly two out of three ain’t bad. I saw the first episode with a friend a while back and remembered liking it well enough for just the aforementioned aspects, so the choices proffered me by my Reverse Thieves Secret Santa offered the perfect excuse to go back and finish. Everything starts out well, as I remembered, but the 340-minute runtime ends up making the seven-episode OVA feel like a trudge. The show has a decently embedded message as opposed to just being a battle show, however, and it certainly does have one hell of a huge protagonist.

Smartly, Giant Robo doesn’t so much revolve around a boy and his robot as it does the world that doesn’t know it needs them (or the other Experts of Justice). The organization known as Big Fire (BF) is waging a war, unbeknownst to the general populace, against the International Police Organization (IPO). The former is fighting to recover the last of three ampules — samples that, when brought together, will nullify the effects of the world’s first pure, non-polluting, high-efficiency energy source — in order to plunge the world into darkness in the name of revenge. 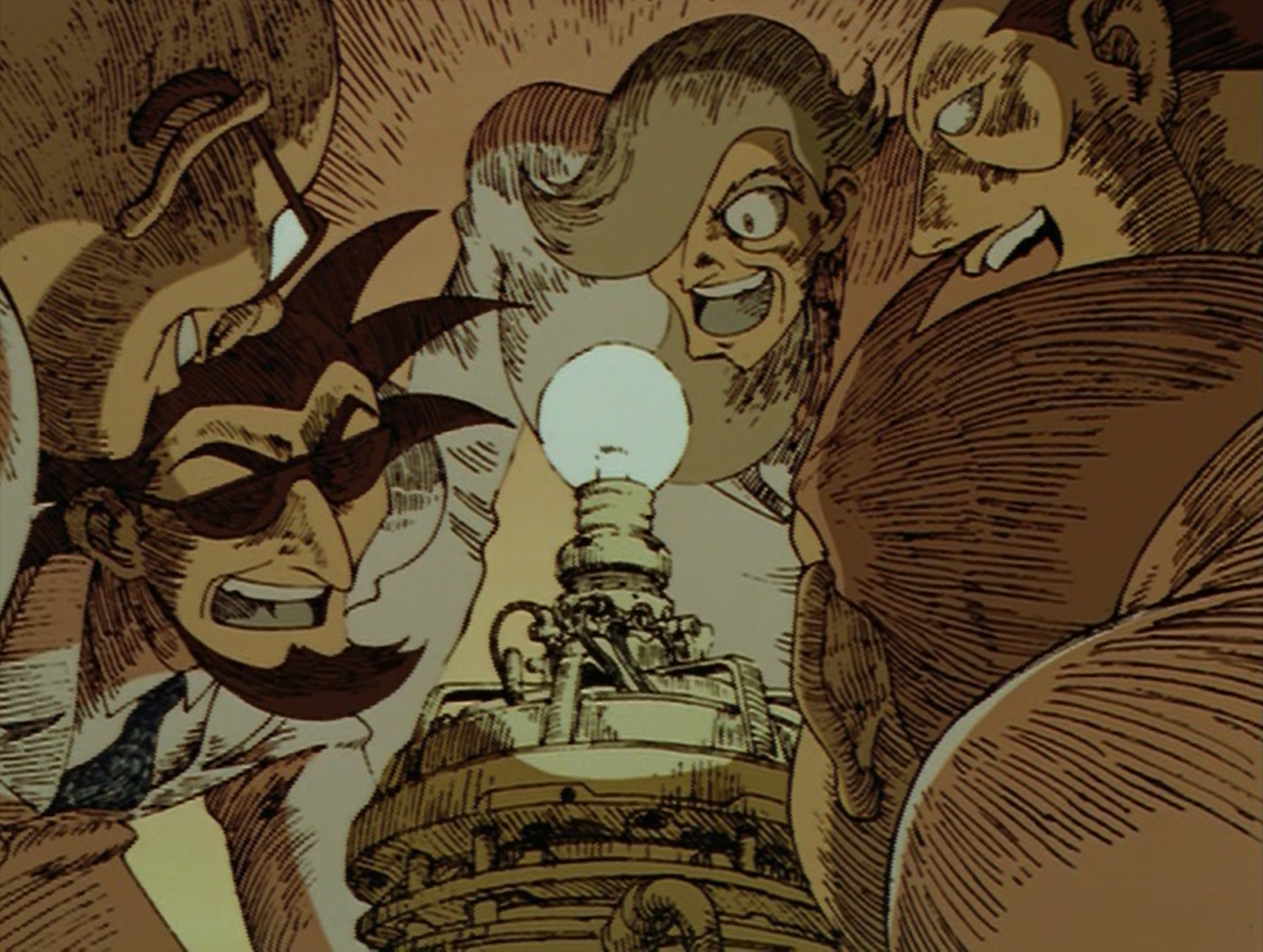 To accomplish this, BF has big robots, Experts (superpowered soldiers), and foot soldiers. IPO has Experts … OF JUSTICE (more superpowers), grunts, and one giant robot (Giant Robo or, affectionately, just Robo). The latter is controlled by a child, Daisaku Kasuma, who has a firm-enough grasp of what his robo pal can do but not exactly what it is or what that, in turn, makes him. Although characters address this issue intermittently, there’s too little emphasis on Daisaku's growth to make that aspect worth exploring; like I stated previously, this OVA is more about the world, its people, and their limited perception/interest.

I’d like to think this makes the general public, as opposed to the protagonist, vessels for the audience. Giant Robo isn’t so much a robot vs. robot punching show, after all, as it is a mystery. And even the mystery is less a whodunit than it is commentary on energy dependence — something that will be overt to adults watching this. Aside from the depletion of fossil fuels haulted by the unanimously applauded and adopted Shizuma Drive, there’s a lingering sentiment of mistrust regarding nuclear power (embodied, literally and figuratively, in Robo). So it’s all too easy to identify with the nameless masses content to live in a world about which they have little knowledge of how they get their power. That is so long as the appliances run, the car starts, etc., and they do so under the pretense of it being non-harmful to the environment. 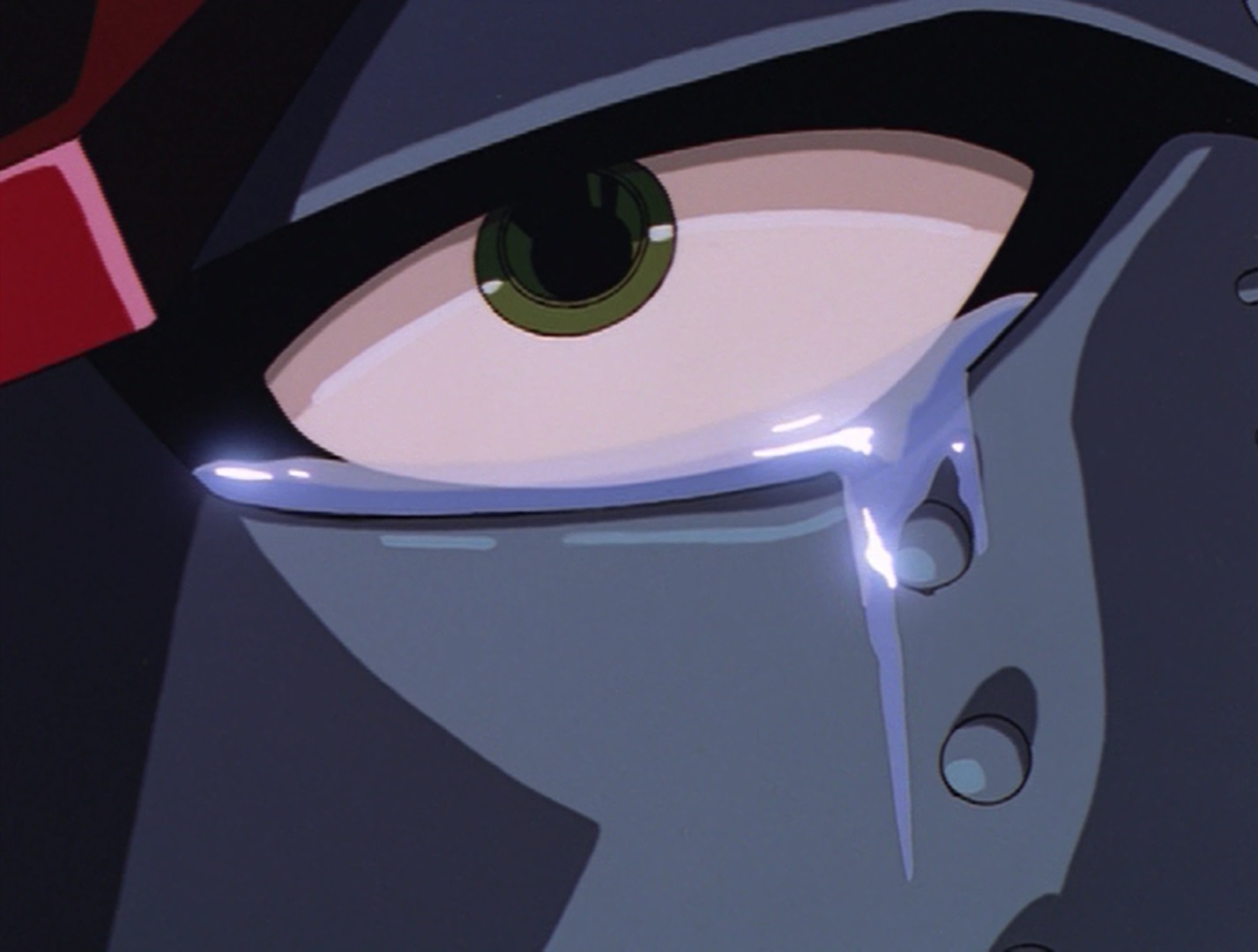 Unfortunately, the plot revolving around the mystery’s who and why becomes mired in predictable connections and thus feels like it takes too long to come to any sort of satisfying conclusion. Any enthusiasm for watching is eventually exhausted, which is a shame given the throwback character and robot designs as well as some choice animation during the periodic robot battles. If Giant Robo was all robot battles, I actually wouldn’t have minded. These hulking giants are imbued with real-world heft, and the resulting damage from tussles feels believable. What that comes down to: it’s fun watching things destroy other things. One particular moment I laughed at initially but later respected was Robo crying after it destroys its fist by punching something stronger. Now, the show doesn’t tell you that the water welling up in the robot’s cold, lifeless eyes is leaking coolant, but other jets of steam and Robo’s power source are clues to that which ultimately goes without explanation.

The robots aren’t the only huge things in Giant Robo; the scoring is outright bombastic. Operatic and energizing, the backing music puts power behind mechanized punches and carries the show in those moments when the mind might be tempted to wander. About halfway through I was really hoping there was an OST for this show (of course there is). Unfortunately, there’s nothing memorable about the music either, but it’s woven well and very effective when paired with the animation. It's just not something that stuck with me after the visuals ended. 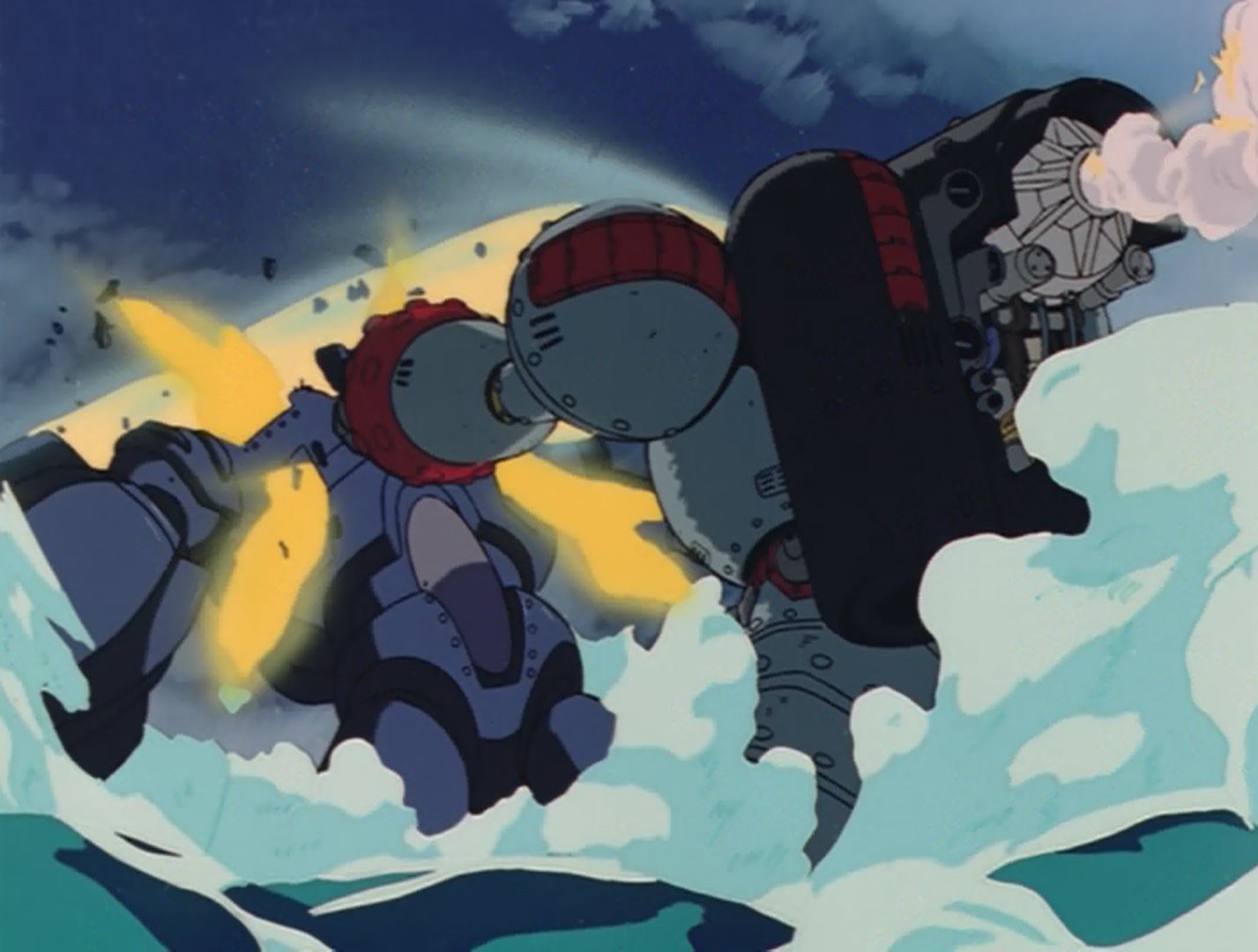 In the end, Giant Robo ended up being much more than I thought it would be in terms of social commentary but it drags its heels to the point where I lost interest in how the show was delivering its message. It’s a pretty show to watch and has its moments of visual and storytelling artistry, but I wouldn’t recommend marathoning it. I’ve no regrets for having watched this OVA. My only regret is that I did not have time to watch the farcical Ginrei special included with the physical release.

This review is based on a physical copy borrowed from a friend.