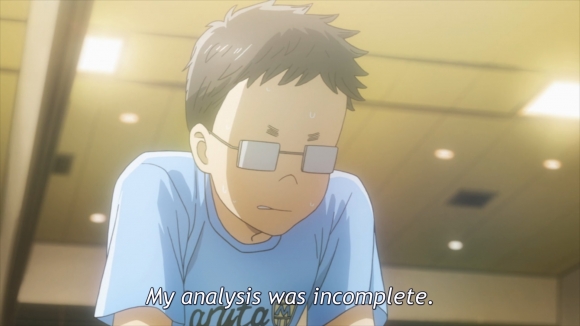 I've analyzed Chihayafuru, I've drunkenly squeed over Oe's role in Season One, I've dissected the themes present in the second season, I've written about the series for Otaku USA, I've podcasted about the show's awesomeness, and I've even deemed Season 2 one of the best titles of 2013 (mostly to coincide thematically with my other choices), yet the Ani-Gamers 10 Year Anniversary Giveaway winner still wants more?! … from me?! … “rife with Oe and poetry” no less. Well, that's flattering, and I'll take the challenge. Because in a title that's as culturally endowed and dripping with drama as Chihayafuru, there's always something more to say. 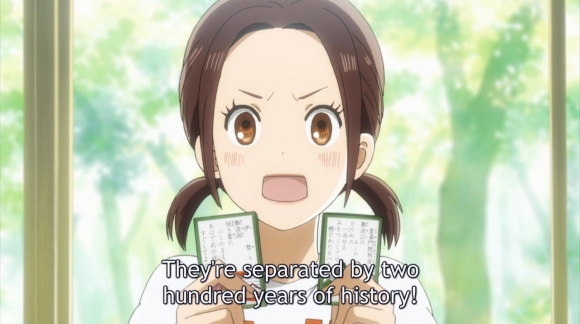 Anything involving poetry is a tough sell nowadays. In order to fully appreciate it, poetry requires a pause—time for reflection and introspection and in some cases some Googling—that modern readers do not want to or cannot seem to factor into their hectic schedules. This is especially true for Japanese tanka, where language rife with oral and written puns as well as historical references to people and places which weigh heavily on the poem’s deeper meaning(s) are densely and cryptically packed into a mere thirty-one syllables. If only there was a deliciously dramatic, tension-filled, highly addictive, fast-paced, competition-oriented, visually enthralling, and lusciously animated program that could be consumed in segments of less than thirty minutes per sitting while letting the universal meanings of at least some of the poems of the Ogura Hyakunin Isshu slip into viewers’ minds with nigh subconscious effortlessness. Oh, wait … that's Chihayafuru. 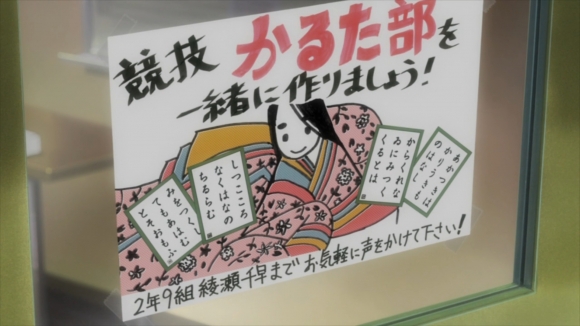 No-one knows just how hard a sell classic poetry can be better than Chihaya Ayase, who wants nothing more than to start a competitive karuta club at Mizusawa High School. She plasters posters all over bulletin boards and pleads with classmates to join, but no-one even considers the notion. This is partly because she’s viewed by her classmates as the personification of beauty in vain: the uncouth, ditzy, younger sister of a model (Chitose), whose shadow has historically been Chihaya’s sun. In truth, Chihaya just has tunnel vision; she wants to rank up and go to the national championships so she can play her friends, Arata Wataya and Taichi Mashima, who ignited her passion for playing competitive karuta as a team during their early childhood. The three friends went their separate ways shortly after Arata’s grandfather took ill and Taichi got accepted to a prestigious middle school further away. Before they split up, however, Chihaya made everyone vow to come together and play karuta once more one day. So establishing this club could be her only chance to rekindle those connections and the fond feelings that come with them. 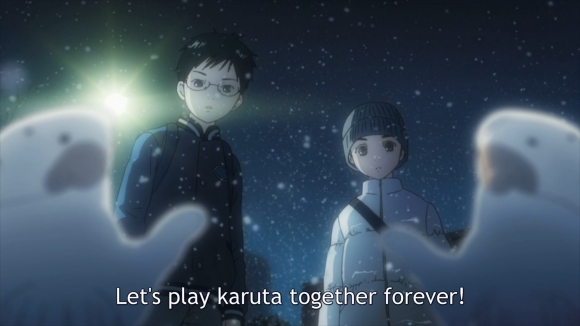 Teetering between tears and nitroglycerine is tricky task to pull off convincingly (let alone routinely), but Chihayafuru makes child’s play of doing so … literally. The show centers around a game, a disciplined, competitive “sport” (to the effect that it requires sustained perceptional acuity and intense concentration as well as physical training and stamina) that itself centers on poems of love, longing, introspection, and sadness. Honestly, competitive karuta (uta-garuta, if you will) is, by its very concept, the perfect vessel for the mixing of feels and fuck-yeahs—the perfect formula for a sports anime. But it’s not like the series hits you over the head with poetry right off; it gradually flicks you on the brow by establishing interpersonal drama and setting the emotional stage. After all, for poems to any affect, their readers/listeners/viewers must be able to connect with the meaning on some level.

This comes via an elongated flashback early on which sets the stage for the revelation of temperaments of the core cast. Chihaya realizes her life goal through Arata’s passion for competitive karuta. Arata finds his initial and only friends through competitive karuta. Taichi gets jealous over Chihaya’s friendship being diluted to include Arata but wins the affection of both by playing with them as a competitive karuta team. All of this speaks volumes about just how much the series intertwines personal drama and competitive card play as a plot point/vehicle. On top of all that … there are the actual poems in the game and all they represent. 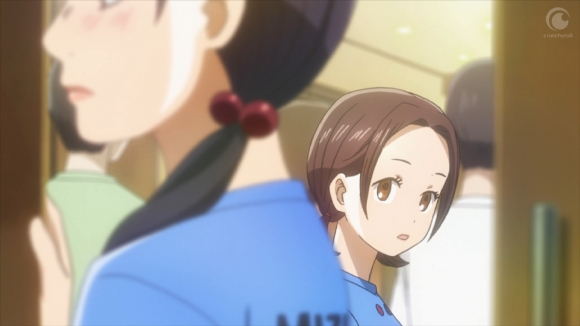 Whether it’s for character introduction, situational revelation, or personal identification, the poems studied, read aloud, and cited throughout the series bear some serious weight … like poems should. Even if you have no memory for Japanese historical figures and tales, the placement of specific poems throughout the episodes is designed to take advantage of the more universal, or general, meaning of each poem (which is usually very obvious) to parallel a situation in which the characters are currently involved. Poems that are not so obvious occasionally get an explanation by Mizusawa’s resident expert, Kanada Oe, or other characters in the know. The composition of the visuals in Chihayafuru is so adept at implication, however, that explanation is seldom required. The best example of a classic poem’s essence being perfectly illustrated in a modern context comes when Sumire Hanano reflects on

When I must hide
these burning feelings,
I feel as though
my body is on fire
with Ibuki mugwort.

The scene that plays out before her contemplation, combined with the brief collection of reflective moments thereafter, nails home exactly what’s going through her head without ever uttering so much as one superfluous syllable. 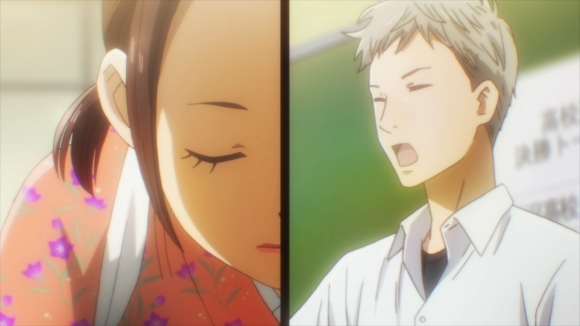 The vehicle from which all the literal poetry springs in Chihayafuru is competitive karuta, which certainly gets its own fair share of visual drama—poetry in motion, as it were. But to appreciate how the tension is built, one must know the basic mechanic of the game: be first to touch the card (torifuda)—displayed face up between two opponents—with the last two lines of the poem that corresponds to the first three lines on the card (yomifuda) from which the designated reader is reciting. Sounds simple, right? Swipe the card that finishes the poem you recognize before your opponent recognizes it. Problem is that these poems are set. They don’t change from match to match, let alone year to year, and have been memorized by every single player. Everyone in the professional circuit knows them by heart. This means players often only have a fraction of a second—the chance to discern a vowel or consonant, the very breath that carries them, or even the way the inhale sounds in preparation thereto—before lunging for their card of choice. 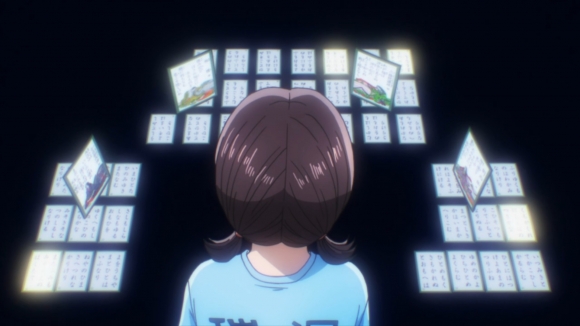 Only with the likes of Kaiji and Akagi has Madhouse’s animation efforts been more effective in turning near motionless matches into consecutive nail biters, but neither match the sheer grace portrayed in Chihayafuru. Even though there’s plenty of card striking to animate, the real beauty lies in how the angles, zooms, and pans complement competitors’ strategic contemplations. Looking up through a transparent floor while seeing the players looking down at the opaque cards spread before them, conceptualizations of strategies reminiscent of meditative moments of clarity, and teasingly extended holds build tension with expert precision, and the gameplay is rendered equally astoundingly. It’s impossible to think of slapping a card on a mat as exciting, but the level of detail ascribed to hand placement, the physical reactions of the cards, and the sheer ferociousness of an offensive swipe puts the viewer right on the mat in every single match, every single time, throughout both seasons … and it never gets tiring. 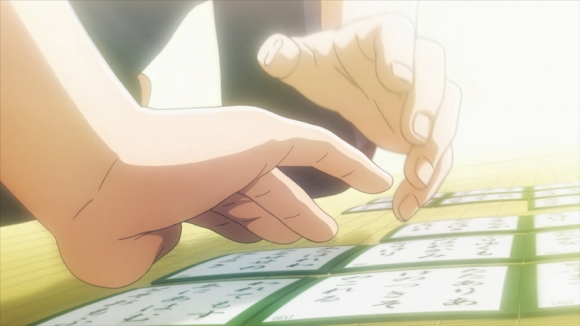 The enthrallment to each episode is owed in large part to the balance struck between personal and competitive drama, both of which draw upon the fallibility of every character in the cast. No-one in the series is without flaw, and no win is guaranteed. Characters hurt others—intentionally, unintentionally, physically, mentally, emotionally—and get hurt, but they also learn and, more importantly, use those lessons later on to become better people and players.

The Chihayafuru anime is based on Yuki Suetsugu’s josei manga of the same name. Two volumes are available in bilingual editions from Kodansha, and Ani-Gamers Editor-in-Chief Evan Minto swears he’ll write a review of at least one of the volumes some day. You can watch both seasons of Chihayafuru on Crunchyroll, but sadly the series is not yet available for purchase in the U.S. If you have a multi-region DVD player, however, Siren Visual carries the complete Season 1 box set and has licensed Season 2 as well. If you want a series with brains, beauty, heart, and excitement, this is it, and none of those diminish with subsequent viewings. Watch the first 5 minutes, and you’ll be cheering for 50 episodes. 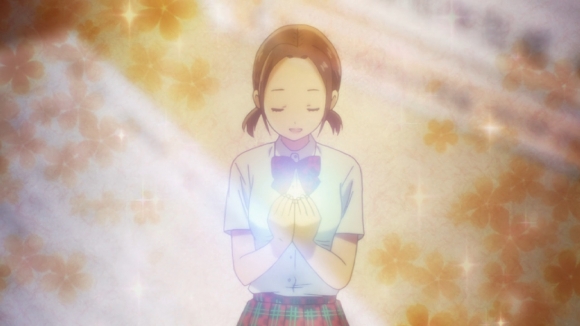