Director Hiroshi Nagahama wasn't always a director. Like anyone else in the industry, he had to work his way up. Read on as Ani-Gamers presents transcribed segments from one of his Otakon 2019 panels – Inside the Creation of Mushishi, Flowers of Evil, and Reflections with the Creator Hiroshi Nagahama – wherein the director himself explains what he's contributed to various titles and the crazy circumstances that led to his involvement. 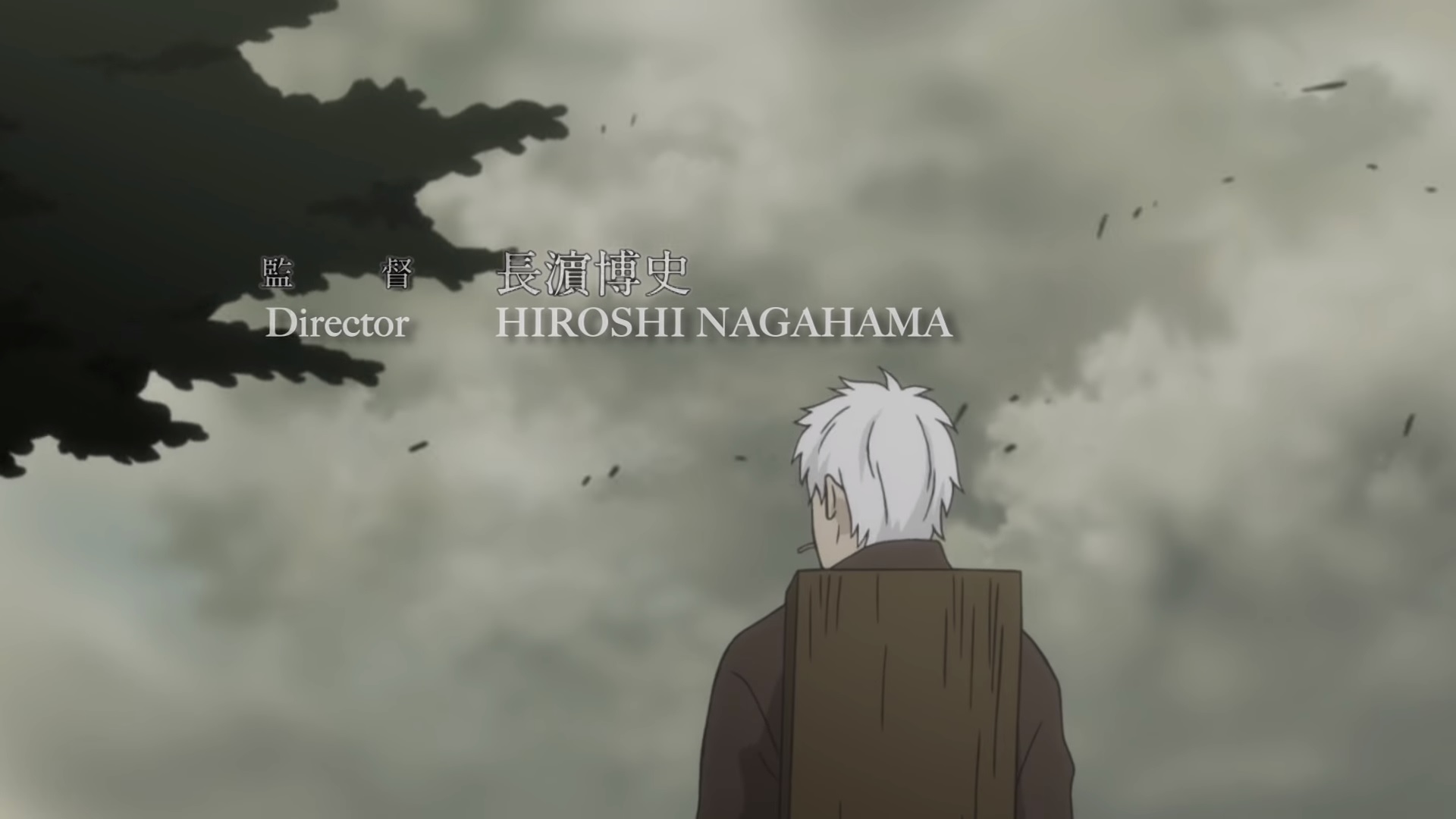 Just remember: everything I’m telling you is the true story! It feels like I’m lying to you, right? I already decided Mushi-shi was going to be my directorial [debut] title, but I decided this before there was even an inkling of a plan to create this as an animated series.

So I got to meet a certain producer. He said to me, “You know, you’ve done so much for my works, is there something I can do for you? Do you have anything you want to work on?”

(Nagahama points enthusiastically and repeatedly at the Mushi-shi slide)

Within a week, he got this deal together.

Yoshiro Kataoka was the producer. He made the show Touch. He also produced the Prince of Tennis live musical — an amazing man! Because of his hard work, my dreams of being director for Mushi-shi came true.

This was the point where I became “Director.”

After accomplishing this, another story came to me, which was this… 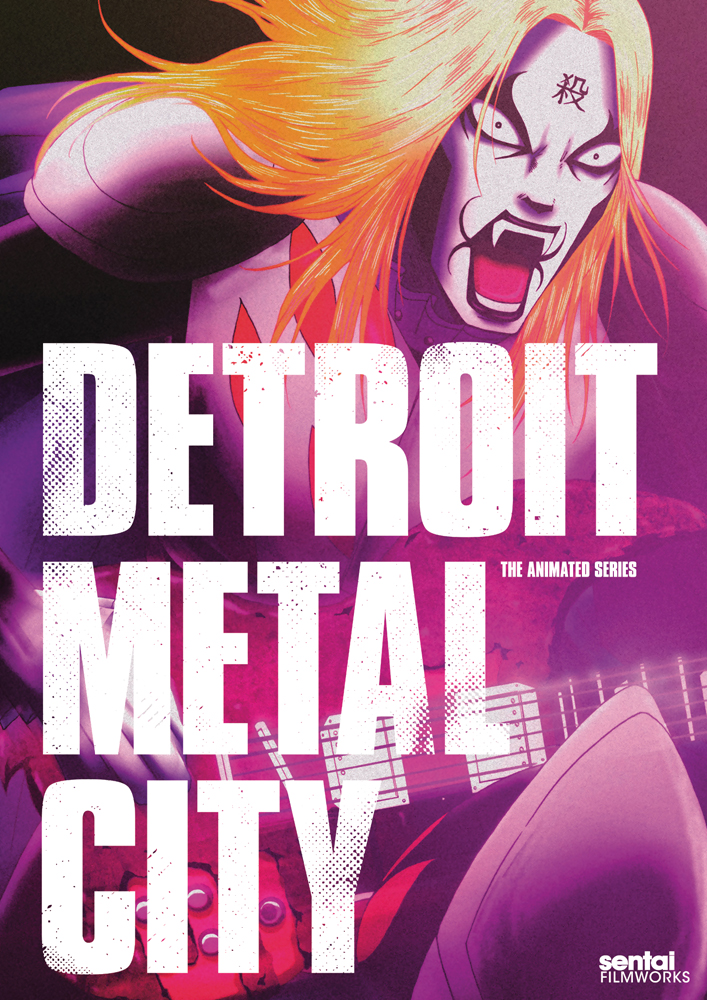 How different can you get?! Why would you offer this to the Mushi-shi director? But another person who was working on the show was someone I owed a lot to. Studio 4°C was the one that offered me this work. So when I went to the meeting at 4°C, there was a certain director there — Shinichiro Watanabe, the director of Samurai Champloo, Cowboy Bebop. It was the first time I ever met the man.

“Truthfully speaking, this job actually came to me,” he said.

I thought he was the perfect fit – all the music he incorporates into his shows … I thought it was great!

He told the studio, “I know a man who’ll do a better job than me.”

Why? I mean, at that time I had never met the man, but he’d seen everything I worked on.

“You worked on Masaru-san; you understand gag comedy. I think you’d be a perfect fit for Detroit Metal City.” 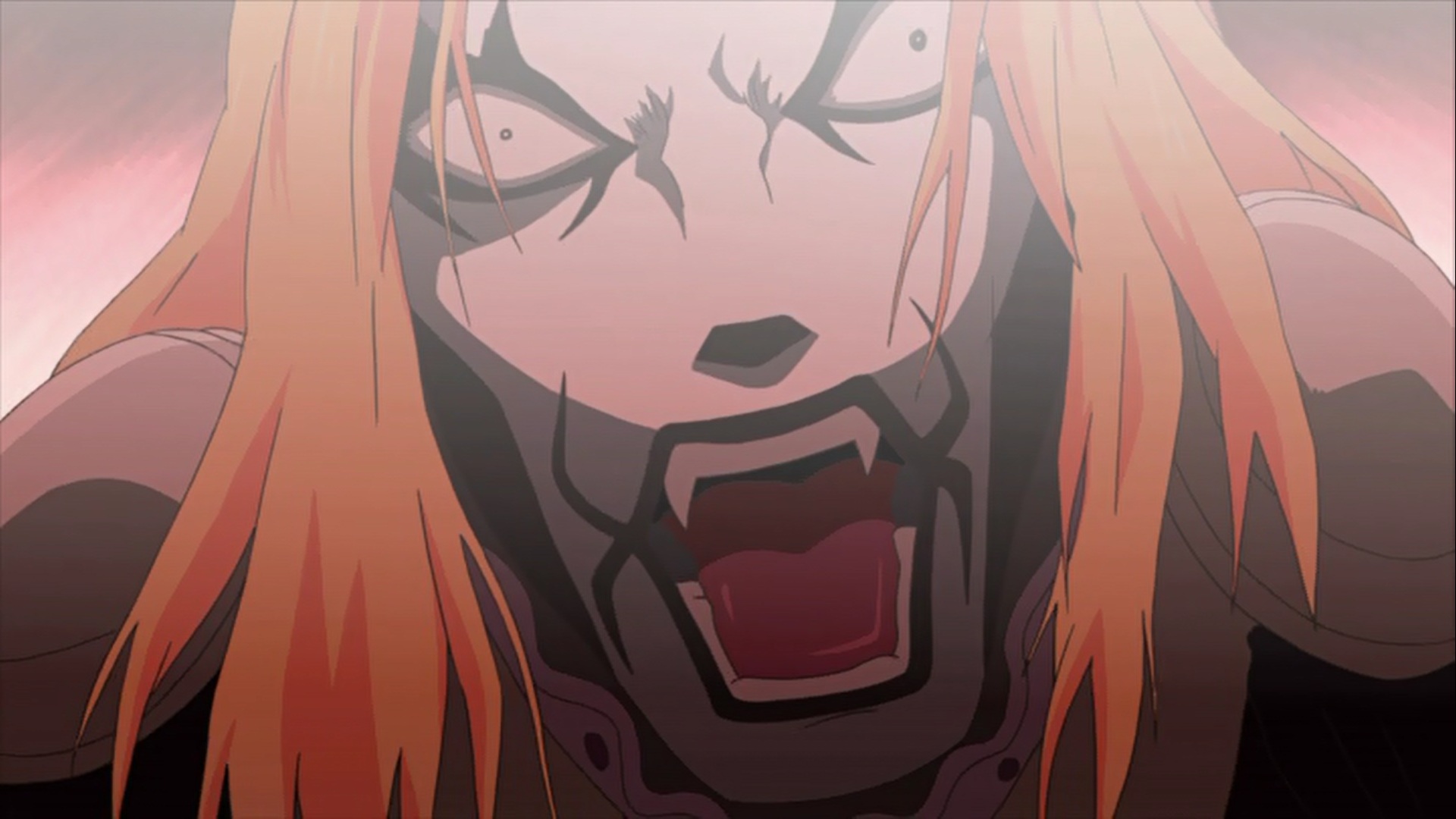 So through some strange circumstances, I ended up working on this show. It’s another one of those titles for which you wouldn’t want small children in the room. Boy, the language! We really didn’t want to have the actual dialog available for people working on it, especially with all the women in the room. It was a very strange workplace, but it was fun!

At the end of this, I was thinking, “So what am I gonna do next?” And another offer came to my doorstep… 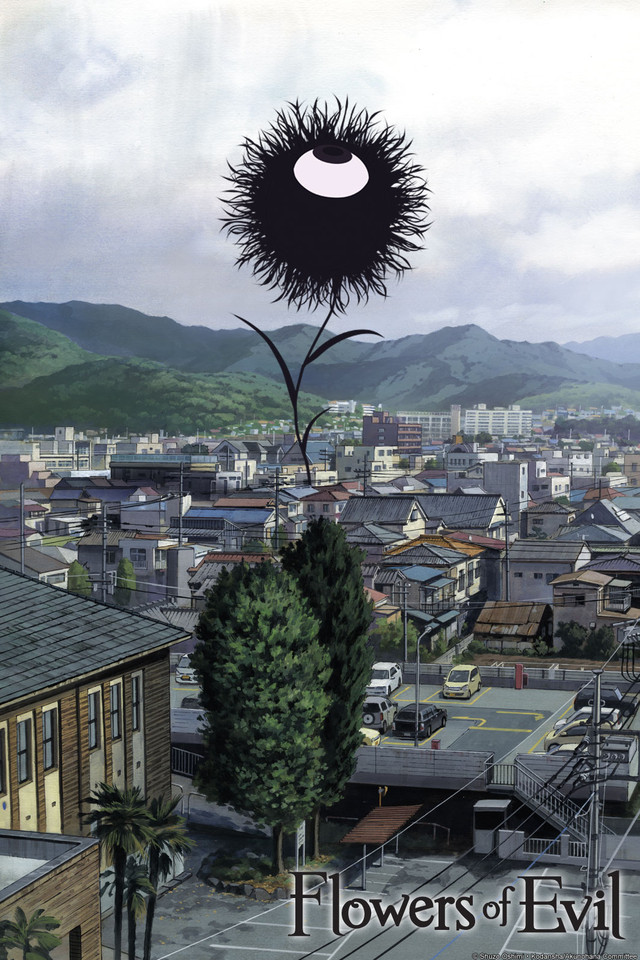 Thank you, thank you, thank you! It really makes me happy to see you react like that. It was a big challenge for me to work on Flowers of Evil. Producer Gou Nakanishi from King Records says, “Will you first read this comic? We’d like to animate it.”

I said, “I don’t think this should be turned into an anime.” (Laughter) “I don’t think what this manga conveys to the reader could possibly be conveyed to the viewer of an animated version.”

So he backed down. About a month or so later, he contacted me again.

“Why don’t we meet just one more time?”

So we got drunk in Shinjuku. (Laughter)

He said, “We would really like you to work on this with us.”

I turned him down again, right there and then.

So he says to me, “What do we have to do to get you to work on this animation?”

“It’s not there’s no way, but there’s no way King Records would allow that to happen. It would be expensive, and it might have a very negative reaction from the viewers.”

“Just tell me what you want!”

Why does this happen to me? (Audience laughter)

Nagahama: Yeah … I did say yes. I have to say that this is the one title I keep going back to re-watch. I still don’t know how we made it happen. Of course, I don’t know how I made it, period. (Laughter) I do have partial fragments of a memory from working on it. But I only have images that have nothing to do with animation, like looking through the lens of a camera, saying “Start!” All the live-action footage that was used to rotoscope, I remember. It was very hard but very fulfilling. 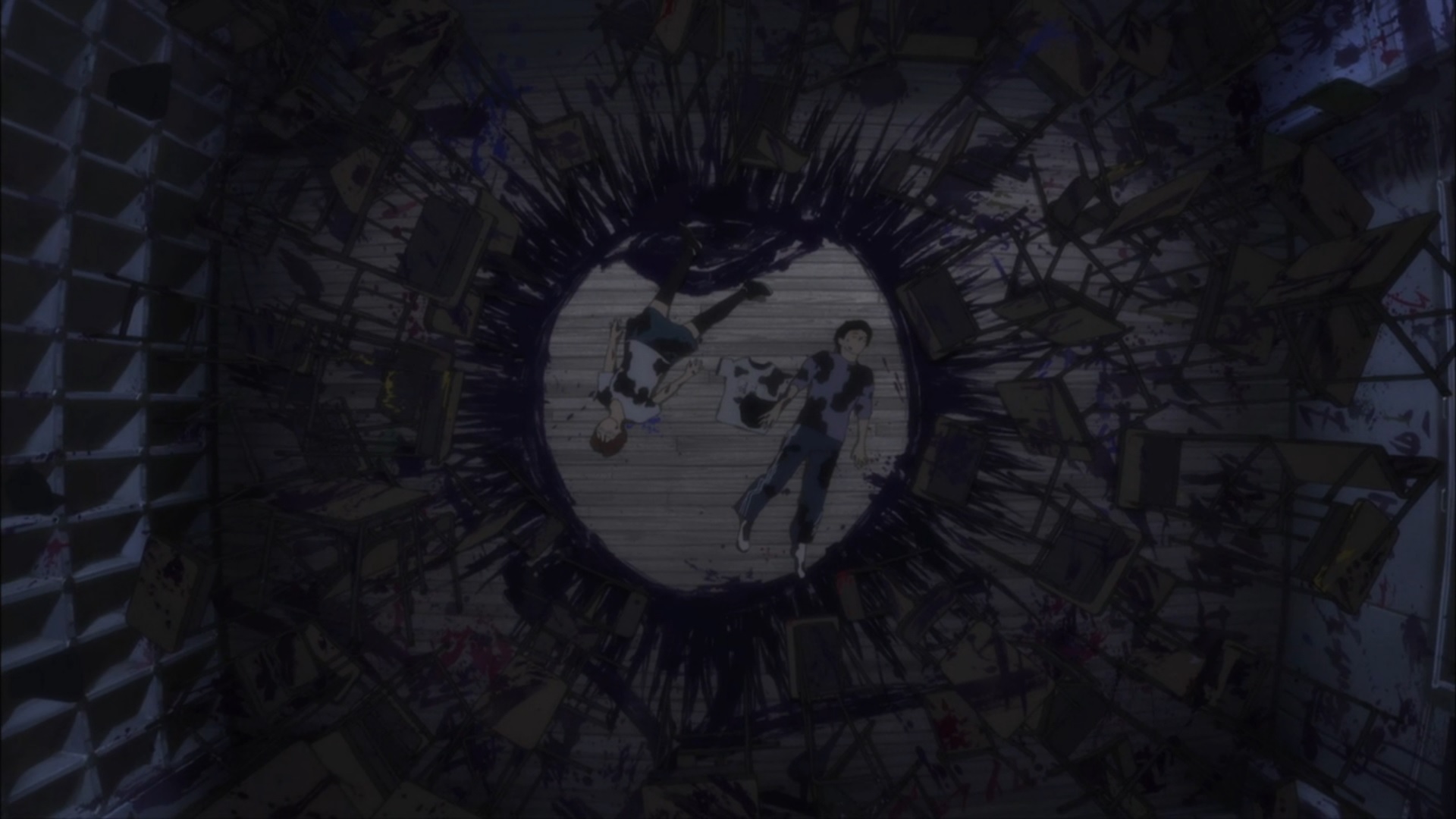 Of course I made a continuation of more Mushi-shi. So I was able to animate all of Mushi-shi’s original stories. (In a melancholic tone) I got to the point where there was no more Mushi-shi to be made. Unless Urushibara writes and draws more manga, I’m done. I wanted to make Mushi-shi for the rest of my life. But it’s gone! So I thought to myself, what do I want to work on for the rest of my life? And then I ended up here. 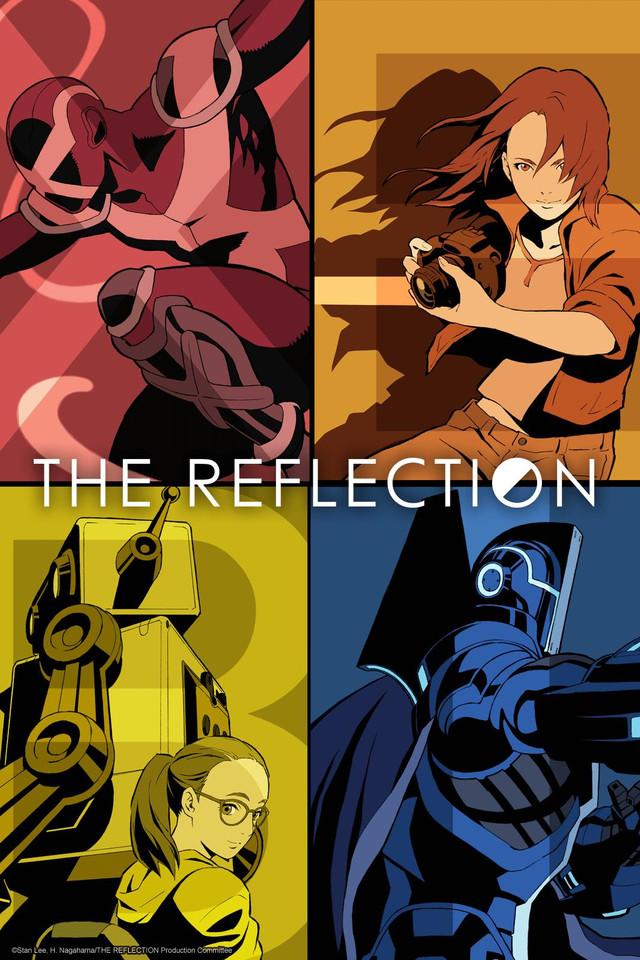 What I really wanted to make was an American superhero comic. So I’m going to make The Reflection and Mushi-shi, in parallel, for the rest of my life. I think I can continue to live as long as I have both of these.

I was a big fan of Stan Lee’s works. I’ve been reading American comic books since I was 10. And through a series of events, I was able to meet Stan Lee and work on this. If you look at the creator, it says, “Stan Lee and Hiroshi Nagahama.” (Audience applauds) Even I think it’s amazing!

Stan just said, “Sure, why not? We’re working on it together. Why don’t we both get credit for it?”

I said, “Don’t you think it would be better if it just said ‘Stan Lee’ for sales purposes?”

But it’s meaningful, because we both worked on it. (Quietly) That made me super happy. But of course, I … we were all saddened by his loss last year. When he passed away, I was unable to work. There was something we promised to do together that we haven’t animated yet. Remembering that we promised that, I was able to pull myself together and go back to work … knowing that I had things to do. 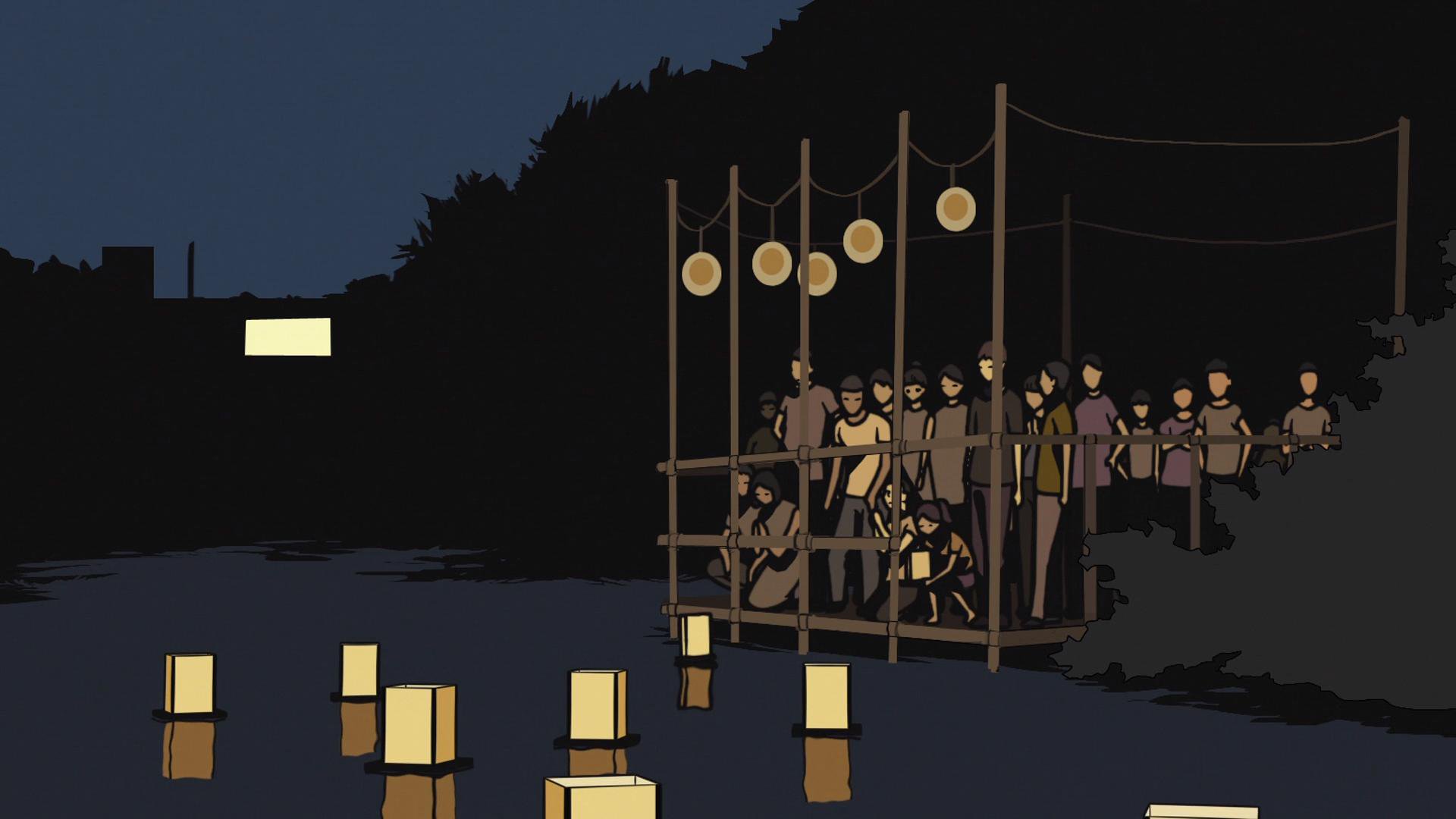 We’re in the process of putting together plans for our next thing with Stan Lee’s company. We do have the story we created together. But that 12-episode story was so immense that I’m not sure it could’ve been contained in an animation. So I asked Stan Lee, “You know, let’s hold off on this. It’s a little too much.” I asked him to stop. Of course, I feel so much regret about that. But I think he understood where I was coming from, and I have to believe that. And so, it was like if I finish this, it should’ve been complete; I should be happy — not needing to make any more of The Reflection. But Stan has left me more Reflections to do, so I’m going to do it.

I’m sorry to bring the room down. (Supportive laughter from audience) I mean you were hearing the stories of a crazy man. I mean … still pretty crazy if you think about it! I did a lot of crazy things on this title. I have a strange feeling, sitting in front of all of you, recounting my life. Maybe it was one of those things destined to happen. I’m really happy so many of you came here to see me talk. 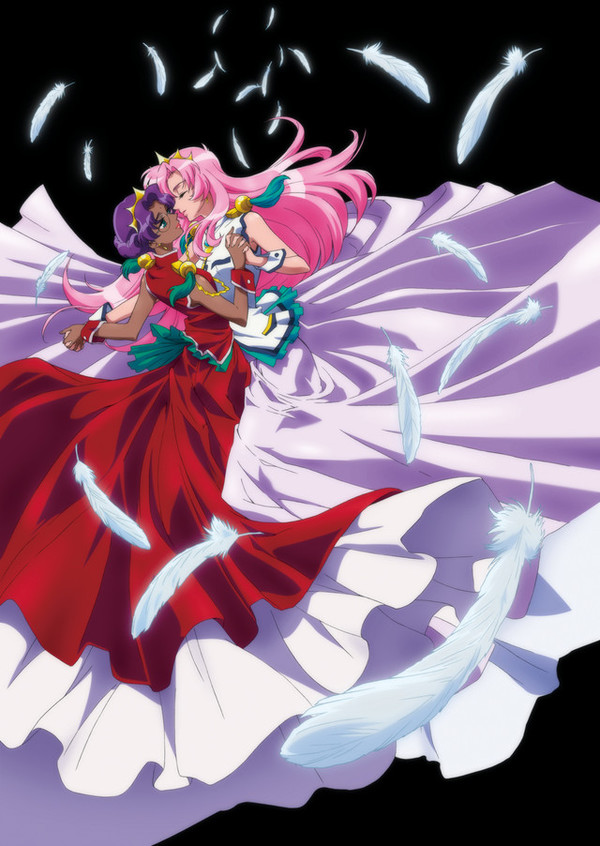 Translator: I’ve got a question or two — something we talked about. So he told me Director Ikuhara had an issue with the English translation of Utena.

Nagahama: It was a time I met with Mr. Ikuhara. He explained to me what the “Shoujo Kakumei” meant for this title. He worked on Sailor Moon, Pretty Soldier Sailor Moon. Mmmm, (in English) Sexy Commando (Audience laughter). He told me, “It’s not about a girl who causes a revolution. She’s not, you know, Joan of Arc. It’s a story about a girl's revolution … of all girls. The story’s about freeing persons set for a certain destiny and freeing them from whatever that’s been set in front of their path. If you look at the title in Japanese, it’s not Kakumei Shoujo, it’s Shoujo Kakumei. So the English translation should be ‘Girls’ Revolution Utena.’”

So I thought I learned a lot from his concept on this story. Utena is like the stem that holds up the flower. It also means a tower [from which] you’re able to see really far. I was really happy, since it had such deep meaning to him, to be able to work on the show.

Audience member: What’s your favorite American comic? You said you like them a lot. 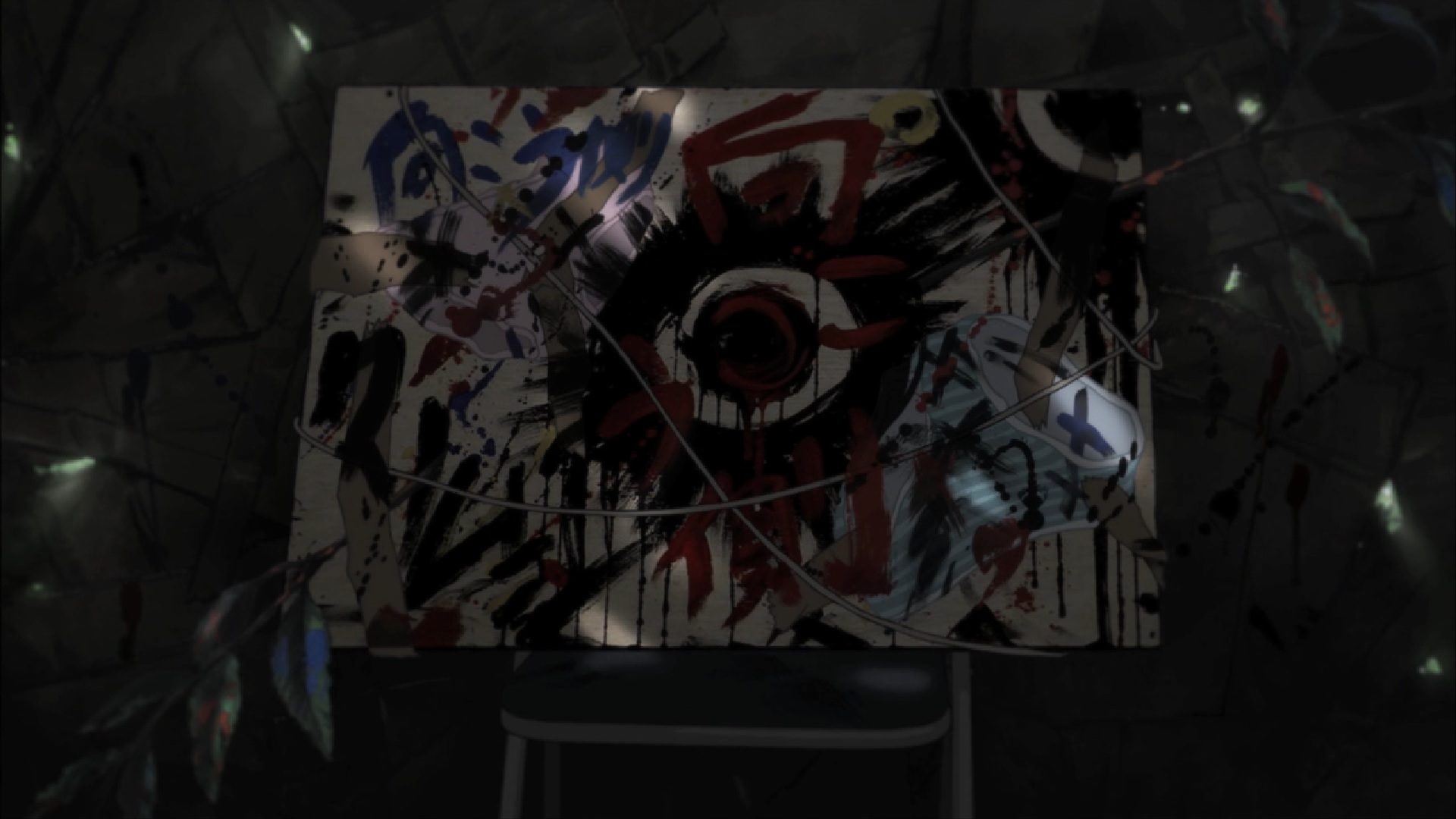 Ani-Gamers: I was just wondering, what were the circumstances behind the cancellation of Flowers of Evil, and if you had the chance, would you finish the story?

Nagahama: It wasn’t cancelled; we just didn’t have any plans for any more. But we made it so that it’s open-ended for a further production.  Soooo maybe if there’s enough [people] saying what you just said, King Records will let me make more. (Audience applause)

Audience member: First let me say that your feelings do come through your work. The love that you put into your work comes through to the audience.

Nagahama: (In English) Ahhh, thank you so much! I’m so happy.

Same audience member: What is your favorite episode or arc of the Mushi-shi story?

Nagahama: The story about the girl who makes the characters show up with a brush. (Audience applause) 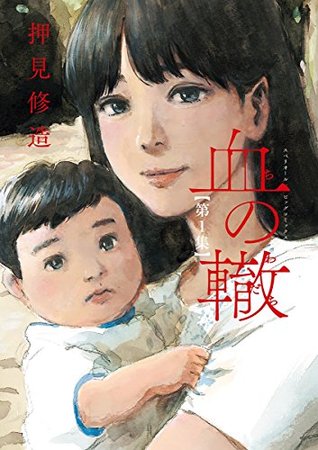 Megan (@brainchild129):  I noticed that many of your works are adaptations of manga, and that, in many cases, you were already familiar with … you were already a fan before you started directing them. So I’m curious … have you been reading any good manga lately? (Audience laughter)

Nagahama: I wouldn’t say that I’m enjoying right now, but there is a manga I’m really interested in. Again, if there are small children in the room, it may not be a title you want to read in front of them. Shuzo Oshimi, the same creator as the Flowers of Evil, his series Trail of Blood. Really scary. Another comic by Urushibara (Mushi-shi) called Cats are Facing West. If you love Mushi-shi, you will love this manga. It’s set in modern times. It’s very Mushi-shi-esque. If I got the chance, I’d love to animate it.

This is the third and final Scenes from Nagahama. If you've missed Parts 1 and 2, you can find them here.