Director Hiroshi Nagahama wasn't always a director. Like anyone else in the industry, he had to work his way up. Read on as Ani-Gamers presents transcribed segments from one of his Otakon 2019 panels — “Inside the Creation of Mushishi, Flowers of Evil, and Reflections with the Creator Hiroshi Nagahama” — wherein the director himself explains what he's contributed to various titles and the crazy circumstances that led to his involvement. 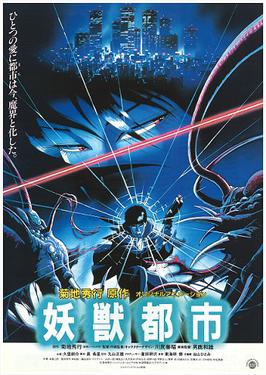 Nagahama: Thank you for coming.

Nagahama: Thank you so much for coming so early on a Sunday morning. Have any of you come to my signings? (Scattered applause) I apologize if any of you were in line for a long time and didn’t get to me, because frankly, I draw too slow to get through the entire line.

Translator: You know he signed for four hours and gave everybody art?

Nagahama: It really makes me happy to see you all here. I have to apologize ahead of time. I have no new announcements and no new flashy footage of something that’s upcoming. Is that alright?

Is it OK if I just roll on ahead with how I got into the industry and how I came to everything?

Moderator: Absolutely. Please tell us your story, and then we’ll come back with some questions.

Nagahama: So the first slide (Wicked City) I’m showing you is the title I saw in high school that made me decide I wanted to be an animator. (Audience hooting) You know this title?! I really love this title, but it’s the kind of title you don’t want little kids watching. It’s scary. It’s violent. Sexy. (Audience laughter) In high school, I really didn’t watch a whole lot of anime. I really didn’t know how to interact with anime.

When I was younger, I watched Gundam. I mean, Tohru Furuya’s here! But I was so deep into Gundam. I used to draw since I was a child, and I knew people were drawing the animation. But how those moving images could have emotions like happiness and sadness attached to it, I really didn’t come to that realization until I was in high school. I was a … strange child. And [Wicked City] is the title that changed everything regarding my perception [of] and relation to animation.

I was watching it, and I stopped thinking of what I was watching as anime. I was just surprised that I was taking it in like I was watching a Hollywood movie. It left a really strong impression on me of what animation is capable of. And this was the first time I actually watched the ending credits. (Audience laughter) So I found out that it was Mr. Kawajiri that directed this animation and it was a studio called Madhouse that produced it. So I began to think, “I want to join Madhouse.” And of course the great man who created Madhouse, Mr. Maruyama, is also here at Otakon. 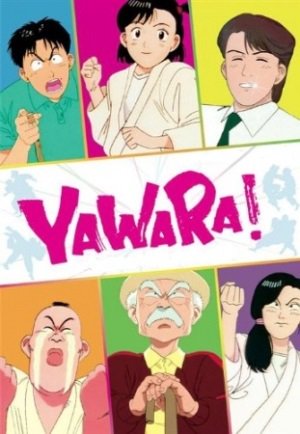 So I finally did get into Madhouse after high school, and the first title I could work on was this. (Shows slide for Yawara! to audience applause)

Moderator: It’s on Crunchyroll right now and I finally got to watch it. [Editor’s Note: Yawara! does not appear to be on Crunchyroll as of the publication date of this article.]

Nagahama: (Surprised) Really?! What did you think?

Nagahama: The man who was producing the show, Mr. Suwa, is also at this [convention]! (Laughter) The mere fact that Mr. Suwa’s here tells me what an incredible show Otakon is. I don’t think I can get an appointment to see Mr. Suwa, but at Otakon we can get drunk together.

Moderator: This is one of the best things about Otakon — being able to bring people together like that. I apologize for saying “crazy.” It’s just such an unusual concept. Was that something you brought to it, or did you just work on the title?

Working on a show like Lodoss War, you can’t make enough money to eat. But I loved the show so much that I kept with it.

Nagahama: I was one mere cog in the production team. On Episode 3, I got to do the first job any animator gets to do. It was on air for two years, so I went from being a basic animator to becoming a key animator by the end of the series. I learned a lot from working on this show.

The animation director at the time was Kitaro Kousaka, who directed Nasu, the cycling animation. (Addressing the crowd) You know it? … of course you do. (Laughs) He was the one who taught me [the] basics of laying out animation. He was very precise in the things he taught me.

And this is the next show I got to work on. (Shows slide of Record of Lodoss War to loud applause) 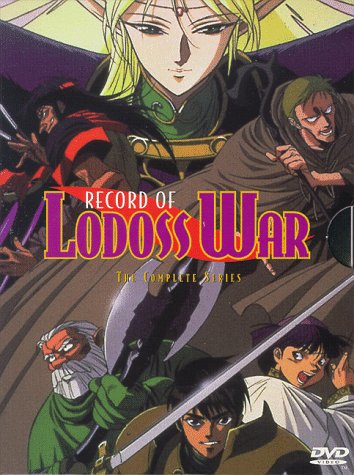 I, myself, loved this series. Truthfully, this was actually in production in conjunction with Yawara! at the same time. So I was an animator on Yawara!, then I went to work as an animator on Lodoss War, and then I went back to Yawara! to be a key animator. And Yawara!’s animation was much lower in detail than what Lodoss required. At that time, I got 160 yen for one Yawara! cell, and they gave me 210 yen for a Lodoss cell. Now for that 210 yen, that’s a little over two dollars, the cell that I worked on was a dragon this large. (Motions to show size of frame) I worked on those scales for days! (Sympathetic laughter from audience.)

When I actually requested to work on Lodoss War, all the other crew members kinda made fun of me, saying, “You’re really … special, aren’t you?” Because working on a show like Lodoss War, you can’t make enough money to eat. But I loved the show so much that I kept with it. Because of that, Nobuteru Yuki, the character designer, and Yutaka Izubuchi, who did the original character designs for the novels, they still take very good care of me because of the work I did. “Oh, you’re that crazy dude!” When I ran into Mr. Izubuchi at a convention, in the U.S. of course, he said to me, “You tell me, the director of Mushi-shi Nagahama is the same Nagahama we thought was crazy for working on Lodoss?!” I mean, that was the happiest thing I ever heard. So this is an unforgettable part of my past.

Here’s the next show I worked on... 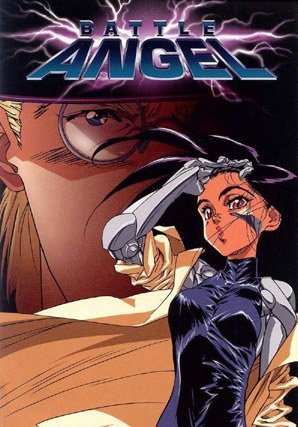 Nagahama: I did this at Madhouse as well. I worked on both episodes. The character designer was Nobuteru Yuki, and the animation director was Mr. Fujikawa, who worked on Aquarion as a character designer. He pretty much let me work on anything I wanted to on this show. So even though I was pretty new at being a key animator, he gave me piles of action sequences. The murderous robots that Alita or Gally fights, I got to work on [those].

One of the things I worked on was when she catches the blade in the palms of her hands — her shoulder parts open up, and the electricity runs down the arm. I worked on that sequence. Normally, he wouldn’t let such a new key animator work on such an important scene like that. And he said to me, “I’m giving you this sequence, because it will help you grow as a key animator.” So I had all these great senpai that took care of me and helped me grow. After this show, I left Madhouse, and in doing so, boy did I get into a drag-out fight with Mr. Maruyama. 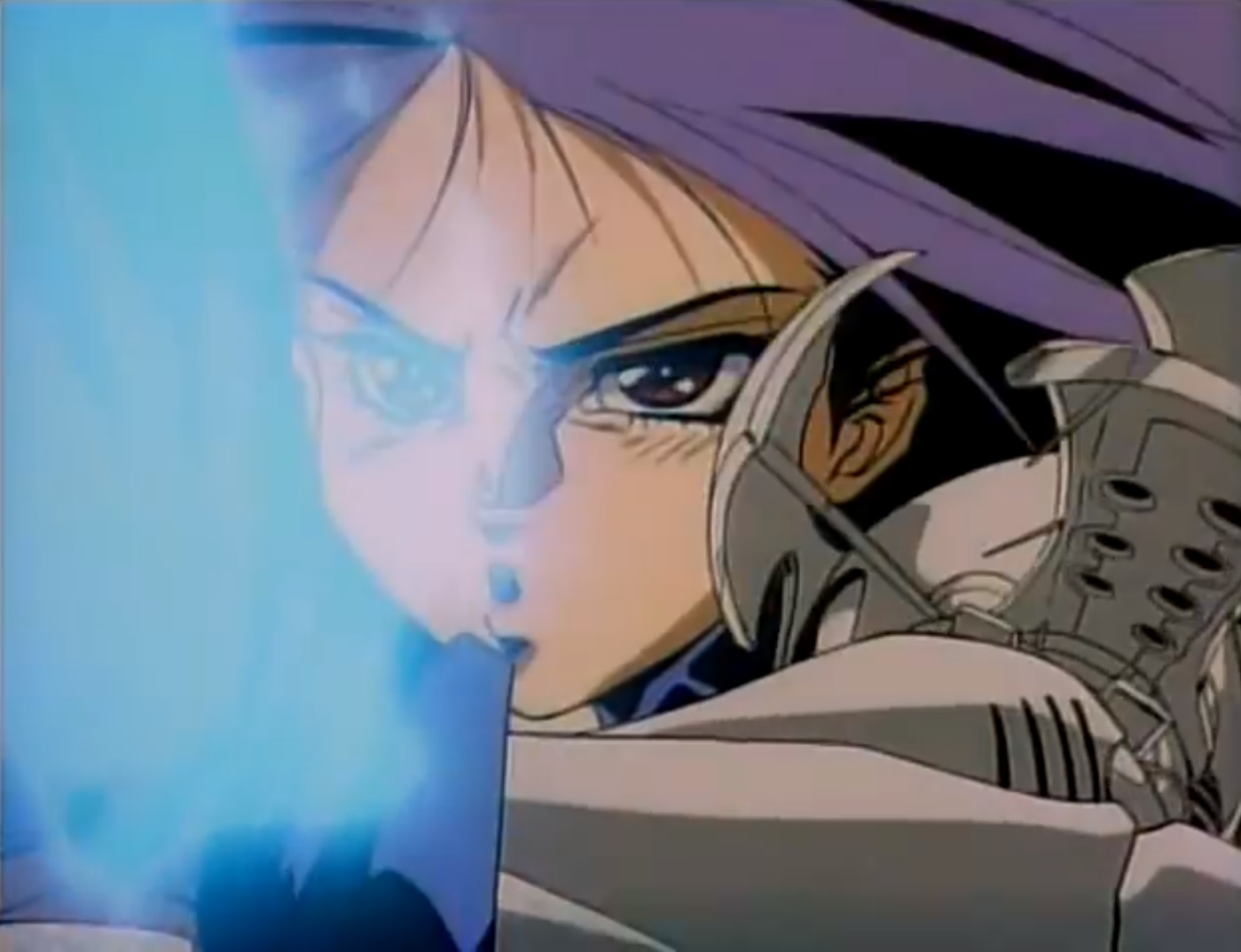 Don't miss the next installment of Scenes from Nagahama, where he discusses his post-Madhouse work on Revolutionary Girl Utena and more!