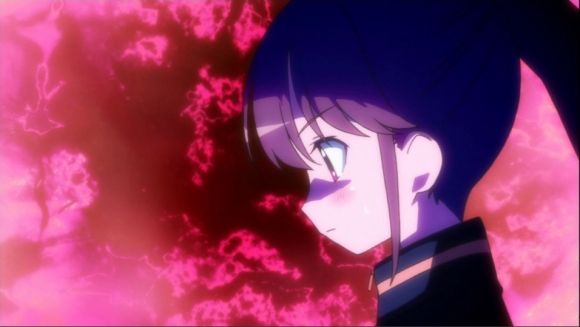 Watching a show for the portrayal of an activity has been a bit of a crapshoot in recent years for anime. Just ask anyone who watched Kids on the Slope for the jazz how they feel about it now (Note: Apparently, the last episode of Slope restored everyone's faith in the show, but I wouldn't know since I'm not watching). If the cast is predominantly cute girls, odds are that the show won’t treat its subject matter as anything more than furniture in the background. Manga covers all sorts of interesting niches such as gambling and competitive eating, but the only ones getting an anime are the ones with character designs that would look good printed on a body pillow.

It makes a lot of sense that Saki, a manga about a bunch of cute high school girls playing mahjong, was adapted for an anime. Saki's style of mahjong is fairly absurd, closer to Legend of Koizumi than some of the more technical matches of Akagi, yet it manages to deliver the drama any good sports manga aims for. Saki wasn’t by any means an exceptional depiction of competitive mahjong as it often lapses into typical otaku-pandering inanity, but it did what few shows in the Cute Girls Doing Things genre are willing to do and that is keeping the focus on the central activity without treating it as a gimmick. Saki was enjoyable enough for me to dedicate some time in this busy Spring season to its spin-off Saki: Episode of Side-A, but now I find myself falling in love with this new show. 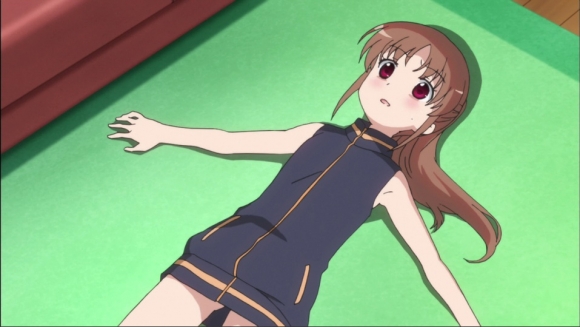 Side-A opens with a group of friends bonding through mahjong only to part ways after registering to different schools or moving to a new town. Their mahjong club folds after the instructor is scouted to play professionally. That could have been the end of the story until former club member Nodoka Haramura's old childhood friends see her winning a mahjong tournament on television. After the world’s shortest existential crisis, Shizuno Takakamo is fired up with the drive to reform the gang and meet Nodoka again through competitive mahjong. Even though no real mahjong is featured until the third episode, the story sprints through its set-up before anyone can complain. Chronologically speaking, the first two and a half episodes of Side-A cover the entire 25-episode run of the original Saki series right to the point where the inter-high national mahjong tournament in Tokyo begins. 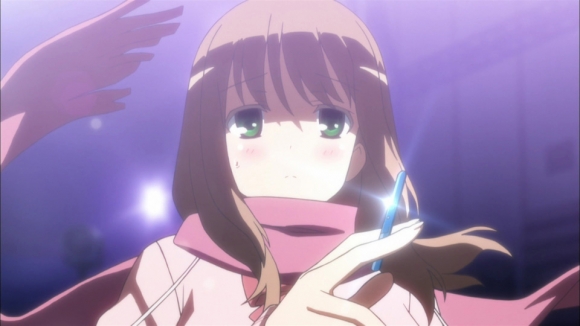 The amount of focus and restraint in direction shown by Side-A is remarkable after sitting through the excess that burdened the pacing of Saki. The spin-off starts fresh without any need to dwell on the dead weight from Saki. It's a much sleeker show that occasionally feels like it could rocket off the rails at the speed it goes through matches and character interactions. Side-A still employs the same director and writer of the original TV show, so it may simply be that Saki author Ritz Kobayashi has refined her storytelling abilities. Whatever the case may be, the new direction has been doing wonders in keeping my interest. 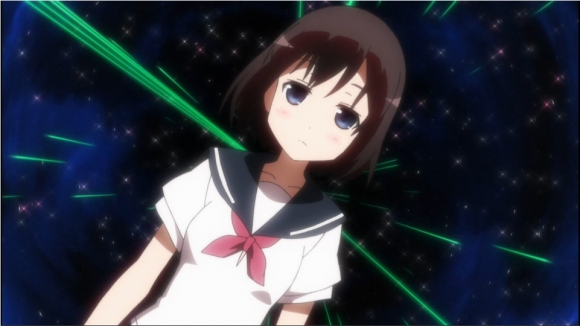 At the risk of alienating fans of the original series, Side-A dials the yuri undertones all the way down to “Wholesome Friendship” level. Put away the fact that the main character only wears a track jacket with nothing under it, and it’s easier to see that most of the sexuality is gone from the show. Saki’s popularity has gravitated around the concept of Superhuman Lesbians Playing Mahjong, so without the yuri factor, the principle gimmick is seeing the crazy powers each member of Saki’s enormous cast brings to the mahjong table. The image of mahjong beasts wailing on each other for huge point sums while the cosmos swirls around them is what has stayed with me after watching Saki. 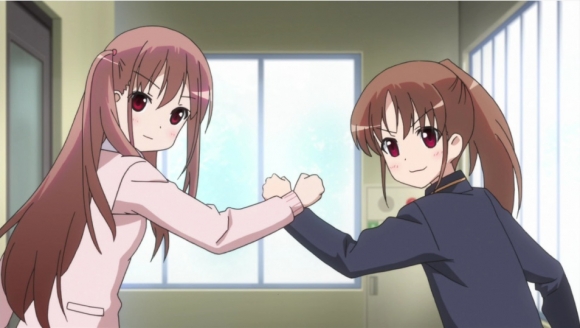 I was concerned that Saki’s charm would be lost by turning attention to a weaker school, Achiga Girl’s Academy, but watching them try to survive while surrounded by other monster players has made for a far more compelling story. The Achiga team do have their own set of quirks in playing style, but none of them compare to players that can read a full turn into the future or derive power from the cycle of the moon. Even without the magical mahjong play of the previous cast, the girls from Achiga are endearing in their own right as underdogs walking alongside giants. Side-A sets the tone for the remainder of the show at the end of episode 3 when Saki herself walks past the Achiga team, rattling everyone’s nerves with her unrestrained power level.

What has followed since has been pure hype: actual mahjong being played, protagonists choking and losing half the teams’ points, Shizuno showing why she is the clutchest character in the series, Saki cameos out of nowhere, and most importantly, the long-awaited arrival of the most powerful character in the series, Saki’s older sister Teru. Like most things I’m interested in, the show comes with a list of prerequisites; basic knowledge of Japanese Mahjong, familiarity with the Saki manga or television show, and a tolerance for gratuitous bare thigh action helps to understand why I’m losing my composure over girls dropping tiles. I wholeheartedly recommend getting into the game of mahjong, but Saki is a tough sell outside of "Hey, check out this ridiculous show". The outlook for the next half of Side-A looks great if the payoff for years of foreshadowing lies in the next couple of episodes. Of all the anime this season, Side-A has come up from behind as my most anticipated show of the week.

Saki Episode of Side-A is now streaming on Crunchyroll.