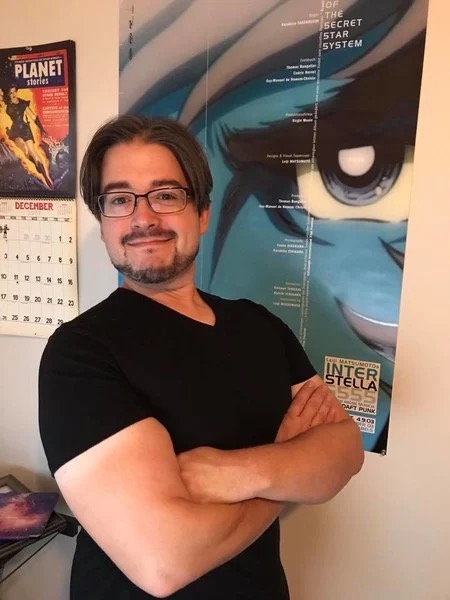 Zac Bertschy was the model of an anime journalist. When I came across his Anime News Network articles in high school, he showed me that it was possible to turn your love of animation into a real career, and that writing about anime could be incisive, funny, and deeply informative. I first got to know Zac as a byline. I say goodbye to him now as a friend.

As many of you know, Zac passed away recently at his home at the age of 40. For the past few weeks his passing hasn’t felt real to me. Like many people in this community, he was a friend I saw at conventions a few times a year, and kept up with on social media and through the occasional private message conversation. He was also one of my editors at ANN, where he championed my work in ways that I was sometimes not confident enough to do. It’s hard for me to truly comprehend his absence, isolated as I am from human contact right now; I can still hear his voice, cheery and a little tired, greeting me with a “hey man” at a convention. I shared some stories about Zac in various forms, including Twitter and Facebook posts and a message in his public memorial service. But I know if he were still around he’d be bugging me to put those thoughts together into a real article. So here you go, Zac. Let me know if you need me to make any edits.

My very first memory of Zac the person, as opposed to the Internet personality, was at New York Anime Festival … possibly in 2007. I was still in high school. Zac was on a panel about anime journalism alongside other luminaries like Patrick Macias. After the panel, I walked up to Zac and asked him if I could write for ANN even though I was in high school. “I don't care if you’re in high school,” he said with his usual bluntness, “what matters is if your writing is good enough.” My writing, it turns out, was not good enough, but I remembered what he said. Whether or not he intended it, his words were a challenge.

Over the years, I continued to follow Zac’s writing, including his memorable Answerman columns in which he dished out smart, witty analysis of the anime industry and fandom. He started the ANNCast, ANN’s official podcast, in 2009. Like many anime fans, I didn’t always agree with him, and even had him on the Ani-Gamers Podcast in 2010 for an ill-advised debate over ANN’s coverage of fansubbed anime. Even when I disagreed with him, however, I had a ton of respect for Zac as a writer and as a pillar of the industry.

I don’t remember precisely when we crossed over into being friends, but it was probably sometime after I started working at Crunchyroll. He followed me on Twitter, we talked once or twice at cons, and before long, we were hanging out at Anime Expo and I was guesting on ANNCast. I tried to keep my cool, but until the end it never stopped being a point of pride that I was friends with one of my personal heroes — someone who had gotten me into this whole writing thing in the first place. 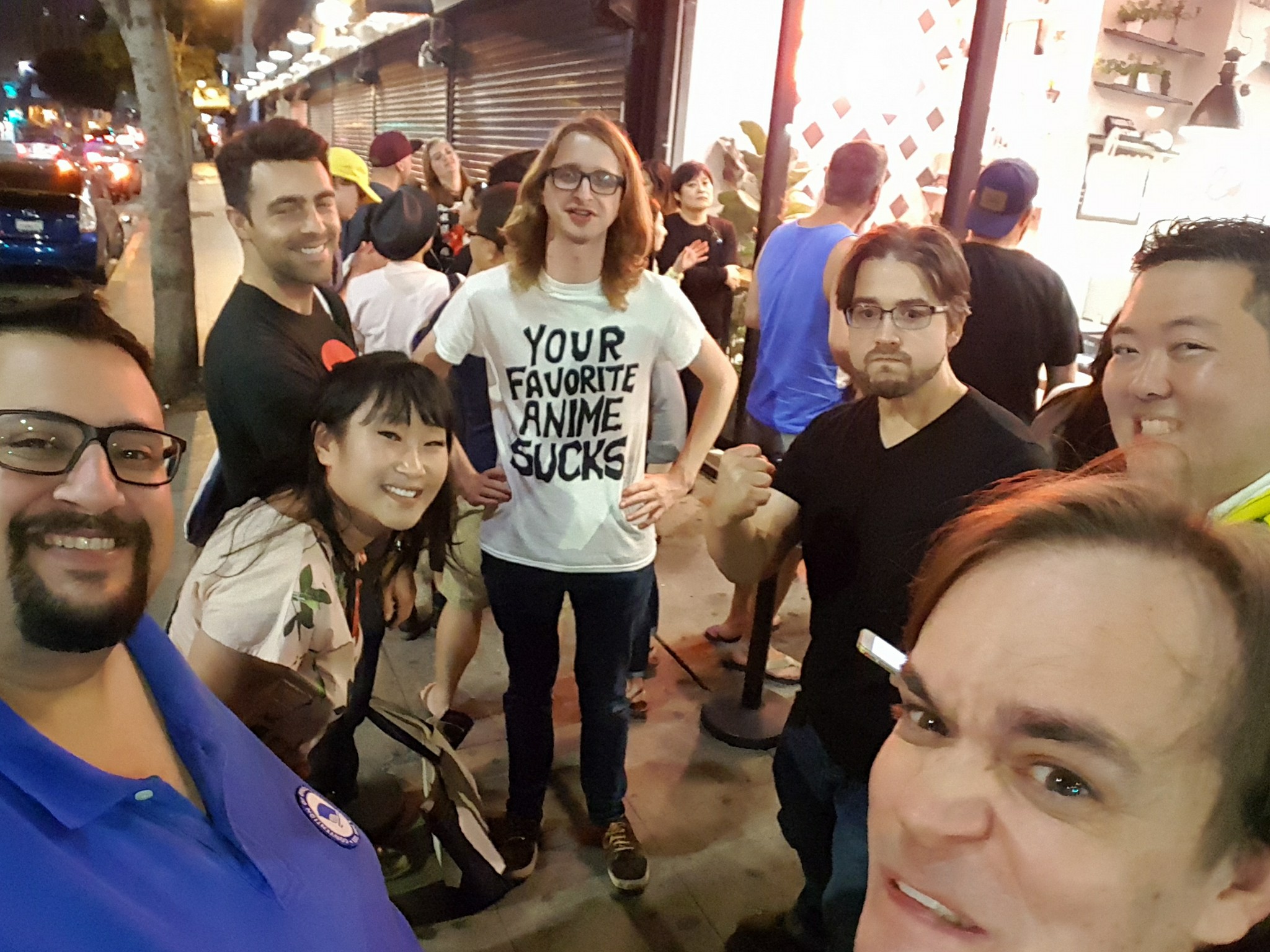 Via my interactions with him, even if only a few times a year, I came to know Zac as an incredibly kind person defined by ethics and compassion that went far beyond his role as an anime journalist. It was a far cry from the combative online persona he had built up for many years. Talking to him at a con or on a podcast always had a calming effect. Zac could make use of his extensive experience to offer advice when needed, but often he wanted to avoid business entirely. He wanted to know how people were doing, to talk about our lives outside of the hustle of conventions and deadlines.

Still, I'll always remember the time he told me that he wanted me to write for ANN if I ever left Crunchyroll. It was just an offhand comment, but getting that stamp of approval from Zac was one of the proudest moments of my career. I never got a chance to tell him that.

Of the many things we debated over the years, politics was one of them. In recent years Zac, like many others, grappled with how to best fight back a rising tide of hate and fascism. He sometimes came to me for help navigating the messy ideological terrain of the modern socialist movement, and ultimately he identified as a socialist and committed himself to fighting for justice of all kinds. I was in awe of his staunch public commitment to using his position of power at ANN to fight abusers and harassers wherever they appeared.

I say goodbye to Zac full of regrets. I never told him how much it meant for him to publish my writing. I never told him I was proud of him for his political activism. I never had him back on my podcast as a friend. I never sent him a random text message to ask if he was doing OK. I never told him that I was the teenager who came up to him asking for a job. Maybe none of that would have changed the outcome. I’d like to think it would have eased his pain just a little bit.