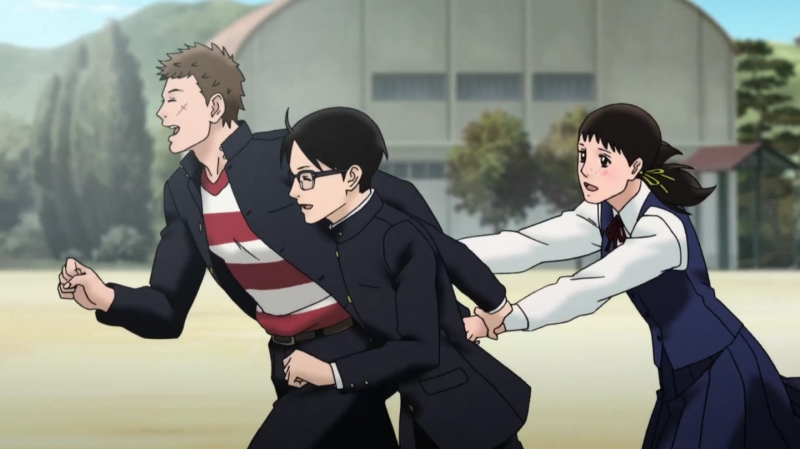 In an anime landscape defined by impenetrable in-jokes and self-referential clichés, Kids on the Slope is a glorious breath of fresh air. There are no saccharine moé girls, no wink-nudge cosplay references, no nosebleeding visual novel perverts. The praise for the new (and currently airing) series from Shinichiro Watanabe (Cowboy Bebop), Tezuka Productions, and MAPPA (based on a josei manga by Yuki Kodama) has been nearly universal, but it's a testament to the breathtaking brilliance of Kids on the Slope that it still warrants more discussion. Let's get started, shall we? 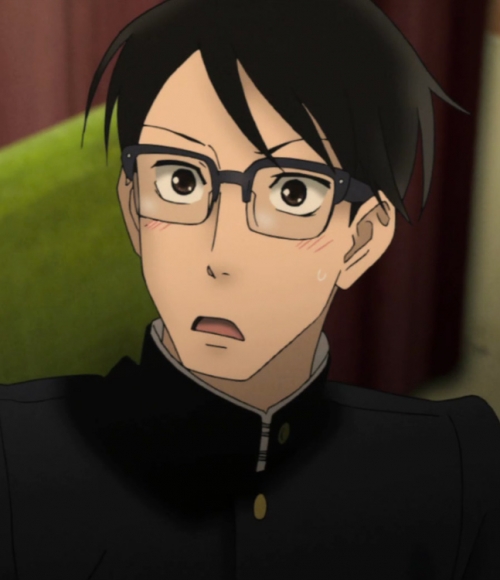 At first glance, Kaoru is no more than a typical apathetic anime character. However, his defining characteristic (at least early in the show) is distinguished as a legitimately awful, kind of pitiful weakness: he has social withdrawal brought on by substantial life experience. He moves from town to town due to his father's work in the Japanese Navy and thus never makes any friends. When he feels his classmates ignoring him, his chest clenches up and he basically has a panic attack. Not an attractive trait for a main character!

Meanwhile, Sentarō is a notorious bully and the school's resident delinquent. But of course, the intimidating giant has a heart of gold — thanks to some prodding from the beaming class representative Ritsuko, Kaoru finds an unlikely friend in Sentarō. Sen (as he is often called) breaks through Kaoru's social block via the power of jazz music, as Ritsuko (a classmate and old friend of Sen's) convinces the classical pianist to play with Sentarō in the basement of her father's record shop (Sen is a whiz on the drums).

Be warned, though: Kids on the Slope isn't really about jazz music. Its characters play jazz and famous songs from the genre form the basis for its episode titles, but Kids on the Slope is about teenagers fumbling their way through life, feeling out the delicate line between friendship and romance. There is even implied homosexual tension between Kaoru and Sentarō, but that doesn't really come into play; the romance in the show is entirely heterosexual. In that regard, the show's focus is at once a beautiful reminder to adults of the confused, innocent fun of youth and a powerful coming-of-age tale for young people. 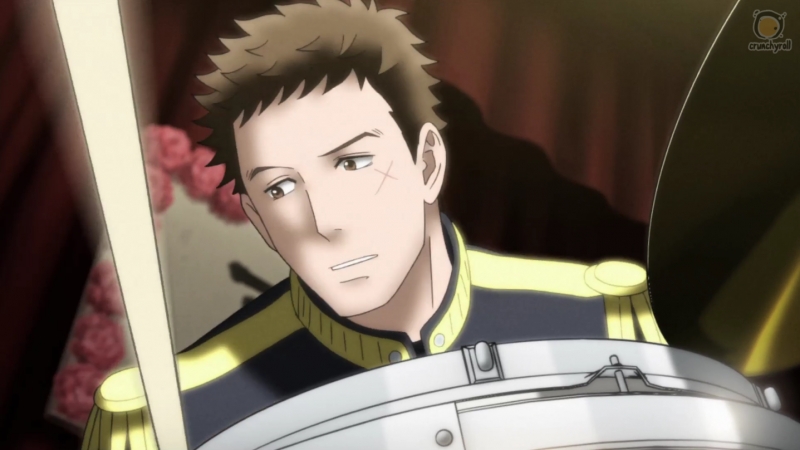 Characters in Kids on the Slope fall in love with youthful ease, but more importantly, they fall out of love as well. The series sets up a convoluted web of relationships and isn't content to simply let it sit where it is. As with real people, emotions constantly shift, and today's friend may become tomorrow's crush. To some, this may seem inconsistent, but for me it's all too true to life. As with most people, I've seen the transition from platonic camraderie to romance and back again in many of my own friends' relationships.

Furthermore, Kids on the Slope's exquisitely animated jazz music isn't there for its own sake. It is a direct representation of, and indeed a driving force in the lives of its characters. When Kaoru and Sentarō have a massive falling out and fail to reconnect for months, the moment that brings them together is a chance to perform "My Favorite Things" from The Sound of Music. But it's not the music that's really important. For Kaoru and Sentarō (and even Ritsuko, our stand-in as the emotionally affected musical listener), music serves as a universally understood system with which to say what can't be said, to connect, to heal. As Stephen King said in his memoir, On Writing, "Life is not a support-system for art. It's the other way around." 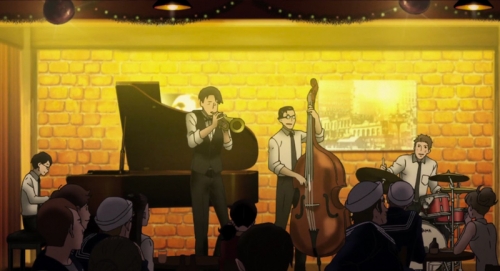 There's so much more to talk about in Kids on the Slope, but I don't want to overdo it in a brief Impressions post like this. I'll leave you with a reminder. If you're already watching Kids on the Slope, but haven't caught up yet, get on that! Despite my own tendency to put off watching anime, the series' inescapable energy and emotional punch has brought me back episode after episode. If, on the other hand, you hadn't heard of it before reading this, or just hadn't checked it out yet, I urge you to give Kids on the Slope a shot. You won't regret a single moment spent with these wonderful musical kids.

Kids on the Slope is now streaming on Crunchyroll.