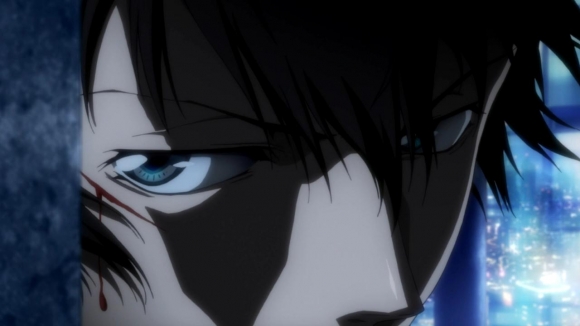 Here it is, another completely original television anime in the noitaminA broadcast block designed to pull the medium out of the creative black hole it's been dwelling in for the last decade or so, except it's not all that original and likely to spark more grievances over the state of the industry. At least, the assumption has been that Production I.G was going to make good on their promise of creating the "New Ghost in the Shell." Never mind the spectacular strike out that was Guilty Crown, here's PSYCHO-PASS, the latest show that will have people questioning the purpose of an animation block dedicated towards new and challenging shows if they continue airing things like this.

In the future, criminal law enforcement agencies have fully embraced the idea of thought policing, leaving judgment in the hands of some greater authority named Sibyl who actively monitors every citizen's Crime Coefficient, a sort of aura people exude determing how liable they are of commiting a crime before they actually do so. The future-police are armed with Dominators, I.D.-locked guns with a lethality leveraged by Sibyl, capable of stunning one thought-criminal or completely gibbing another. If this sounds familiar, it should if you've watched or read any science fiction in passing within the last 40 years. PSYCHO-PASS melts down the best gimmicks of every cyberpunk thriller into one diffusively neon, grittily foreboding stew, though the verdict is out if any of this will be digestable beyond the first glance. 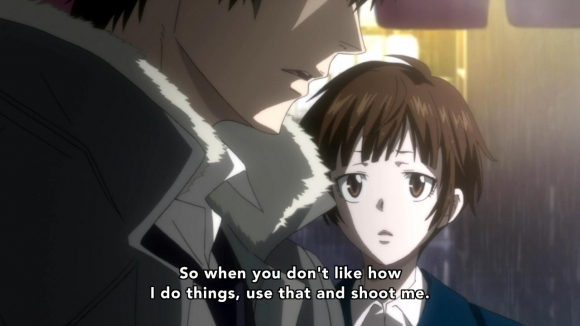 The tone sets in immediately, as the show opens up with an emotionally vacant cool guy shooting another less-cool guy to bits and closes more or less the same way. The show's traction in the middle chunks up noticibly, cueing the viewer's realization that this is a Gen Urobuchi joint through and through, with lots of telling going on, terms and names flying out of everyone's mouths without much in the way of effective showing. The art direction and sound is solid, again bringing back those fond memories of Guilty Crown, though the scripting and directing shown so far is lagging behind, again remember Guilty Crown. A significant amount of the framing and action is spent gathering up the characters and revelling in terminology, before making really depressing statements about the brutal ways of the thought-police, just so you don't forget how dystopic things are. 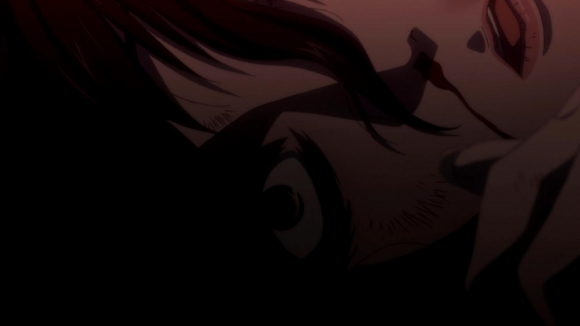 Then there's the sexual assualt scene. Feel free to get as upset as possible over yet another act of sexual violence in anime. I'm in no position in how to tell you to live your life or dictate the kind of media you should consume, but rather than impotently imploding in rage on your forum of choice over the recent spate of rape scenes and quips in anime this season, shouldn't we be more upset at how unintelligently we're being treated as an audience, that this has been accepted somehow as mature writing? The set-up for this scene is basic and not exceedingly graphic, but a touch of restraint would have been preferable, instead of playing right into the rape angle in order to paint the grim mood it's setting out for.

Yes, PSYCHO-PASS has problems, glaringly visible ones if you've hit a certain mental age or critically watched and read enough works of fiction. I won't even get on about the Dominators and how nightmarishly impractical it is to clean up after them once a criminal has been "apprehended." It'd be great if the direction and writing make leaps and bounds in intelligence (hell, surprise me with something I didn't already see in Blade Runner), but if the recent interview that surfaced with the director is any sign, we're probably still not going to get that thought-provoking successor to Ghost in the Shell this Fall.