A couple weeks back I attended Double Fine's "Day of the Devs" event in San Francisco, a showcase for a number of in-development indie games. I only stuck around for an hour or two, but I did get to play a couple of pretty cool games. Below, check out my slightly belated impressions of three of the titles. 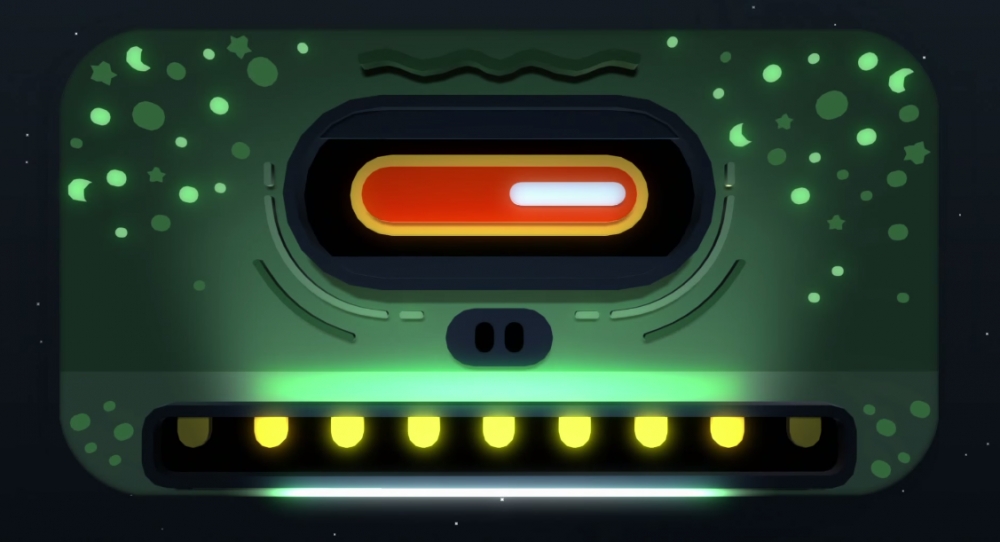 The first game I played, a puzzle game called GNOG (pronounced "nog"), was created by the experimental game design collective KO-OP. The main thing that drew me to GNOG was its art style—a bit like Super Mario Galaxy, with bright colors, matte textures, and a slight glow around the edges of some objects, but a developer at Day of the Devs told me the lead artist was planning to change the art style soon to make it slightly less cartoonish. Technically, GNOG is about vanquishing monster heads called "gnoggins." Instead of fighting them, however, you turn them around to reveal rooms inside of them and then solve puzzles on both their face and their internal room to get their mouth to open up. It’s a kind of surreal concept that doesn’t really make a ton of sense, but it’s fun to tinker around with the environments—clicking on objects to discover how a lever on one side affects the position of a pipe on the other side. Essentially, GNOG is a series of desk puzzles and has a similarly absentminded appeal. GNOG is supposedly coming out "later this year" according to the official website, though there isn't much time left for it to make that deadline. 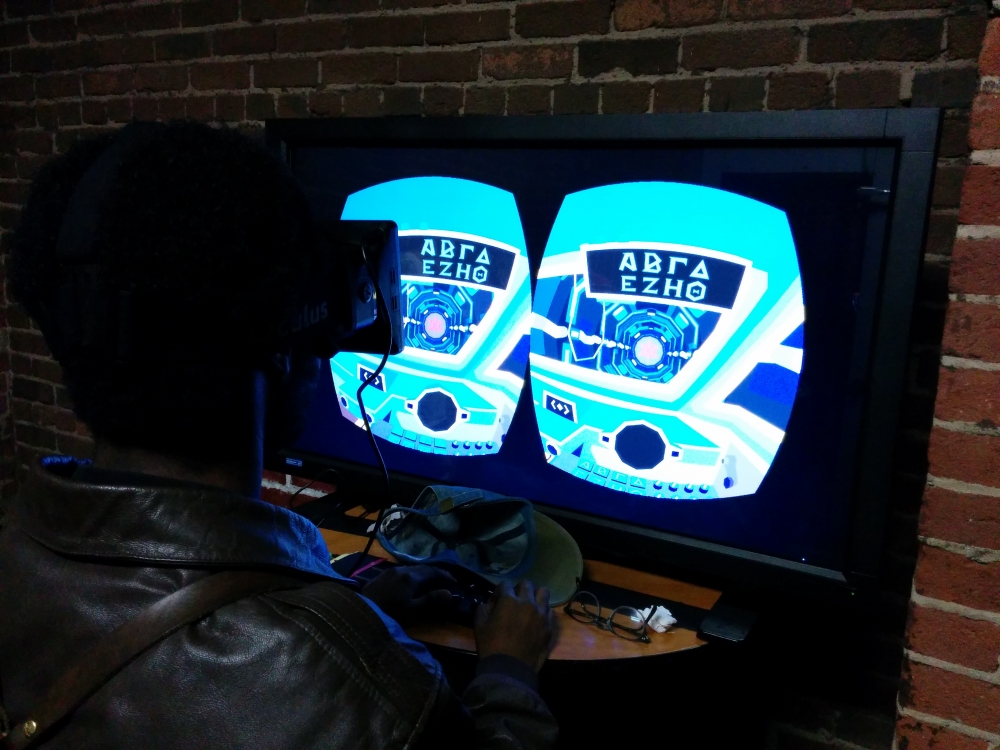 Please don’t confuse him with Nintendo’s resident spacefaring fox. Please Don't, Spacedog! is a bizarre Oculus Rift game that mainly exists as an experiment in minimal in-game communication. The developers present you with a physical control panel on a table with nearly a dozen knobs and buttons that correspond to those within the in-game spaceship. Once you boot up the game and take a look around your neon-colored ship, you’ll notice the titular Spacedog, panting happily in the copilot’s seat, sitting upright, wearing … an Oculus Rift? (This recursive Oculus reality was surreal enough to consume my analytical capability for the majority of my time with the game.) Without any direction on how to use the control panel, you have to figure out what causes what and use the inputs to launch your ship and escape from an Andross lookalike. The lack of feedback showing my hands’ positions in the game made it hard to figure out what knob I was using. As a result, I fumbled around like an idiot for most of the game. The developer demoing the game explained that different players had different amounts of trouble with the lack of hand-eye coordination afforded by the game. Spacedog isn’t exactly “fun” in the way we expect games to be, but the developers explicitly intended it as a psychedelic puzzle where the biggest mystery is the control scheme itself. In that sense, it's an interesting experiment. Unsurprisingly, this is another KO-OP production. It's only available in installation form, so if you see it at an event, give it a try! 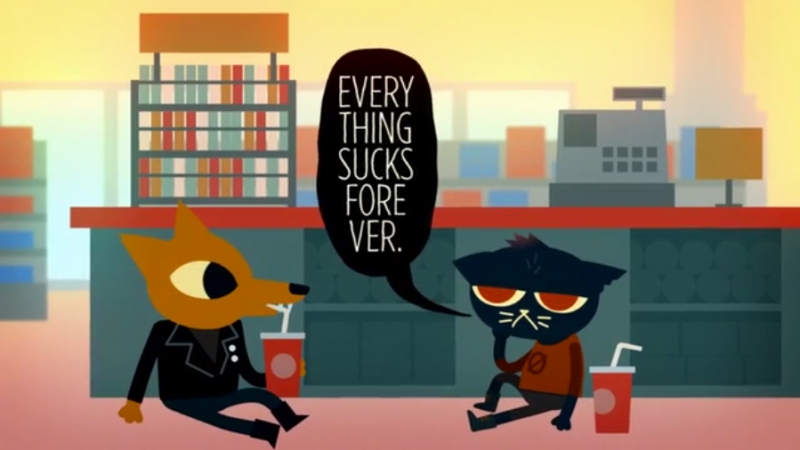 Night in the Woods

Night in the Woods was the highlight of my time at Day of the Devs. You play as Mae, an anthropomorphic cat wandering around your sidescrolling hometown, interacting with townspeople, and scurrying across the rooftops and along telephone wires. Mae's got a lot of personality too — she's a sarcastic college dropout who dryly reminds her mother early on, "Mom. Mom. MOM... I'm 20." For the 10-15 minutes I played, nothing particularly notable happened, but discovering the delightful world of Night in the Woods was satisfying enough for me. You can break mailboxes by jumping on them (at which point your surly neighbor yells at you), there are birds all around that scatter when you run past, and there are tons of hilarious side-stories and bizarre characters to find. In general, there’s a lot of attention to detail that makes the world fun to simply exist within. Lurking under the surface is what seems to be a bleak coming-of-age story; Mae takes notes in her journal on the direction of her therapist, who is trying to treat her for previous violent episodes. Imagine Ghost World but with animals. It seems like there’s a lot more to discover here, and the self-aware angst in every line of dialogue is some of the funniest stuff I’ve seen in a video game in a while. I’m looking forward to the game’s 2015 release.