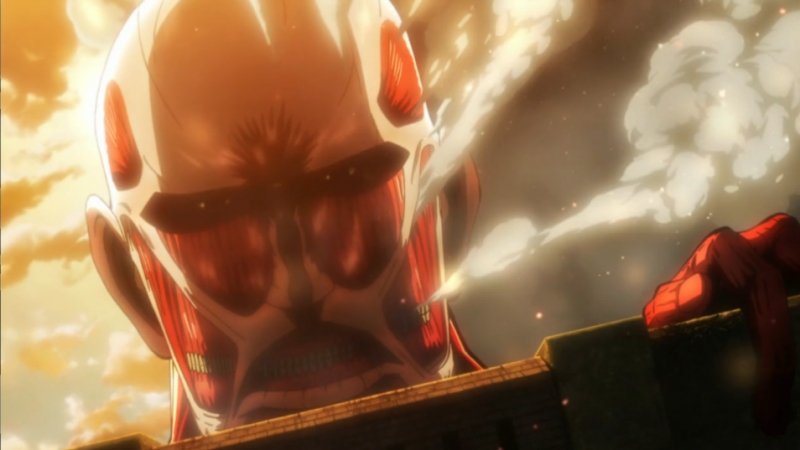 In a shocking twist, I'm writing articles for Ani-Gamers again! Remember when I used to do that? Anyway, I'm here to talk about a show that everybody else has been talking about for weeks. That's right, it's this season's biggest conversation topic: Attack on Titan.

Attack on Titan (Shingeki no Kyoujin) is based on a manga published in Kodansha's Bessatsu Shonen Magazine [EDIT: Not Weekly Shonen Magazine as I said before. Bessatsu is a spin-off from WSM], but you wouldn't know it from the tone and setting. That's because Titan is a dark, depressing medieval fantasy, the sort of thing that might confuse fans expecting the action-packed exuberance of Weekly Shonen Jump. But before I roll on into Tragedy Town, let's get the basics sorted out. 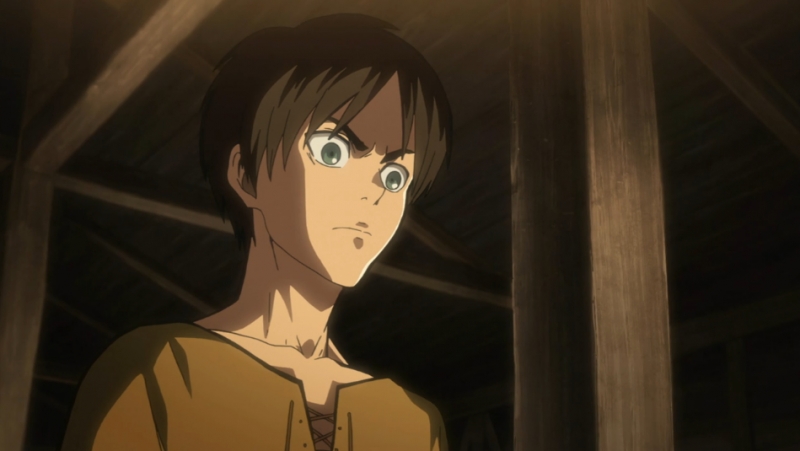 Many years ago, humanity was ambushed by "the Titans," giant, human-shaped monsters that appeared out of nowhere and began eating humans. A city with three walls was built by the survivors to hold back the Titans, and the remainder of the human population now lives solely within those walls. Our hero, Eren Jaeger, lives in a town called Zhiganshina, on the edge of the outermost wall. When his town is destroyed by the Titans, he and his friends Mikasa and Armin swear revenge on the monsters and join the military to fight back.

Early on, Titan is all about relentless tragedy. When characters aren't busy dying horrific deaths, they're succumbing to nervous breakdowns from the stress of facing the Titans. It's honestly a little more than I can take — as far as I'm concerned, tragedy is only worth anything when contrasted with happier scenes. Since Titan goes all the way down the tragedy route (using tired tropes and groan-worthy overacting the entire way), it actually becomes boring. If that's not bad enough, Eren's single-minded hatred of the Titans (his Shonen Hero Goal is "I'm gonna kill 'em all!") is exhausting and irritating, and I never got the sense that the series was actually calling him out on how stupid that is. 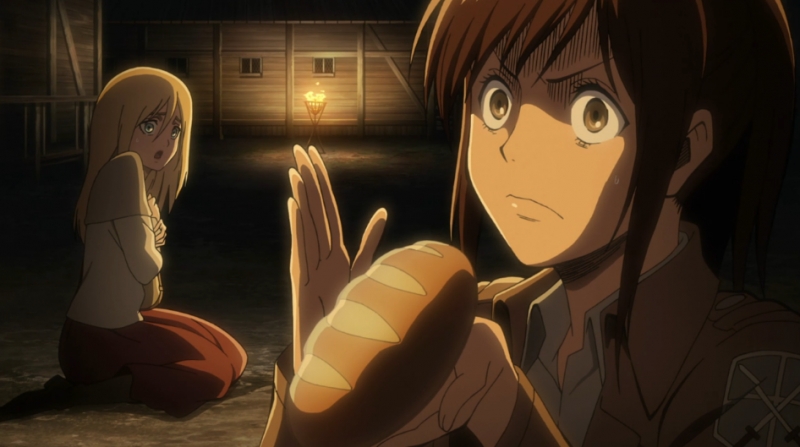 Still, I'll give the series credit for pulling back a little as it goes along, adding a few comedy scenes to lighten the mood. However, it looks to me like director Tetsuro Araki (Death Note, Guilty Crown) isn't too great at depicting comedy, since I was usually unable to distinguish serious scenes and funny ones due to deceptively similar mood and animation style. For example, one character's recurring joke is that she goes a little crazy over food, but her "crazy" is nearly identical to other characters having panic attacks about the Titans.

I'm being pretty negative about a show that isn't all that bad. Don't get me wrong: Attack on Titan is better than most modern anime I've watched in the past few years. But it's also not great (yet). It's just … the best we have at the moment. 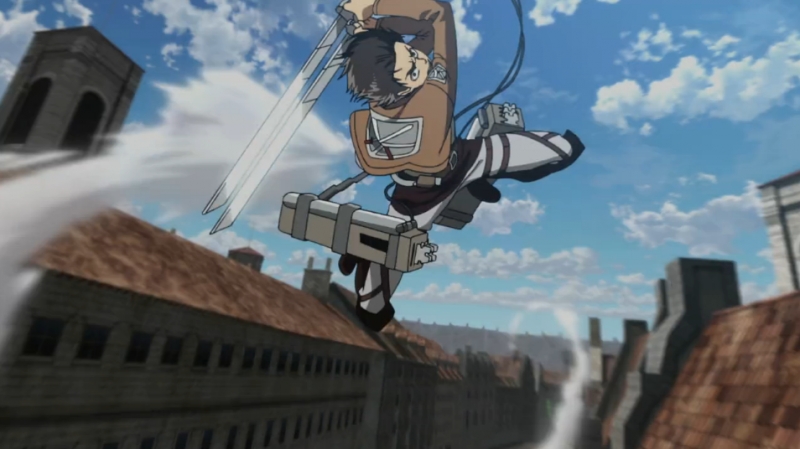 On the plus side, Titan's execution is spectacular (in every area but comedy). The main characters attack the Titans using "3-D Maneuver Gear," machines that basically let them swing around like Spider-Man, and the sense of movement in action scenes is breathtaking. I'm also a huge fan of the dark outlines around characters, a touch that adds a nice graphic novel feel to the artwork. Araki's no slacker when it comes to dramatic timing and editing either, and there's one particular Mikasa scene in episode 7 where the editing and music comes together for a really excellent bit of characterization. It seems as if the show is starting to come into its own, based on the events of episode 7 (I'll avoid spoilers, but let's just say we finally see some hope in the story).

Unfortunately, Araki is probably grappling with a story that's too obnoxiously oppressive for its own good, and if the opinions of Titan's manga readers are any indication, this show is only going to get dumber. That's a shame, because Titan has a lot of potential, and if it were an original story rather than an adaptation, at this point I would still have faith that it could turn into something great.

Attack on Titan is now streaming on Crunchyroll.