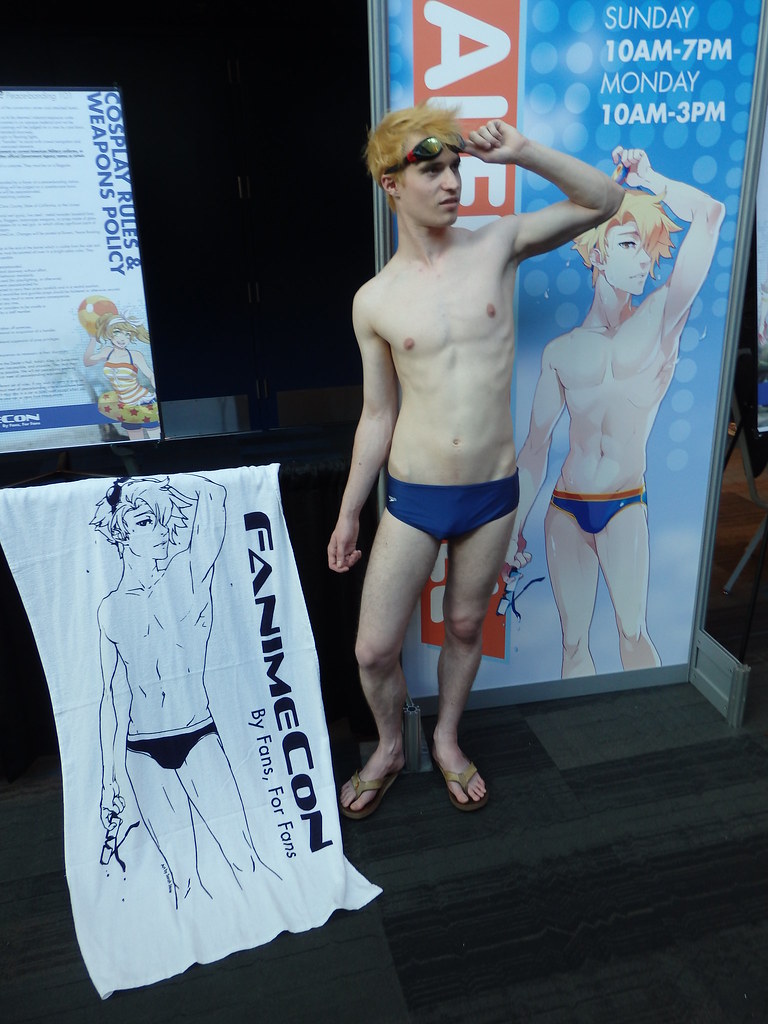 It’s been eight months since I moved out to California, and in that time I’ve tried to scope out the West Coast convention scene as best as I could. Naturally, my tendency is to compare all of these conventions, including Animation on Display and Kraken Con, to their East Coast equivalents. Three weeks ago I attended a con that I can best describe as “Otakon West Coast” (ignoring, for a moment, the existence of Otakon Vegas). At 25,000 attendees, it’s the San Francisco Bay Area’s largest anime convention: FanimeCon. This year the con ran from Friday, May 23 to Monday, May 26.

Fanime bills itself as “by fans, for fans,” and attendees love to differentiate its DIY attitude from that total sellout pop-punk band, Anime Expo, but other than a conspicuous lack of industry booths in the Dealer’s Room, Fanime is pretty similar to every other large nonprofit-operated anime con you’ve ever been to (hint: that’s most of them). I enjoyed my time at the convention, though I had a very different experience than I’m used to. About that...

Fanime bills itself as “by fans, for fans.”

I spent only a brief time among the “con kids” before immediately transforming into a grumpy old man at 19 years old. Since then I’ve generally stuck with an older crowd, attending panels and hanging out at room parties where the wildest thing to happen is one podcaster beating another one in Street Fighter. At Fanime, however, I roomed with my cosplaying coworkers Victoria and Danika (hear us on the latest Ani-Gamers Podcast), and got to see what the True Anime Con is like. It turns out, as expected, the True Anime Con is just a bunch of young people partying into the late hours of the night, then waking up and putting costumes on the next day. 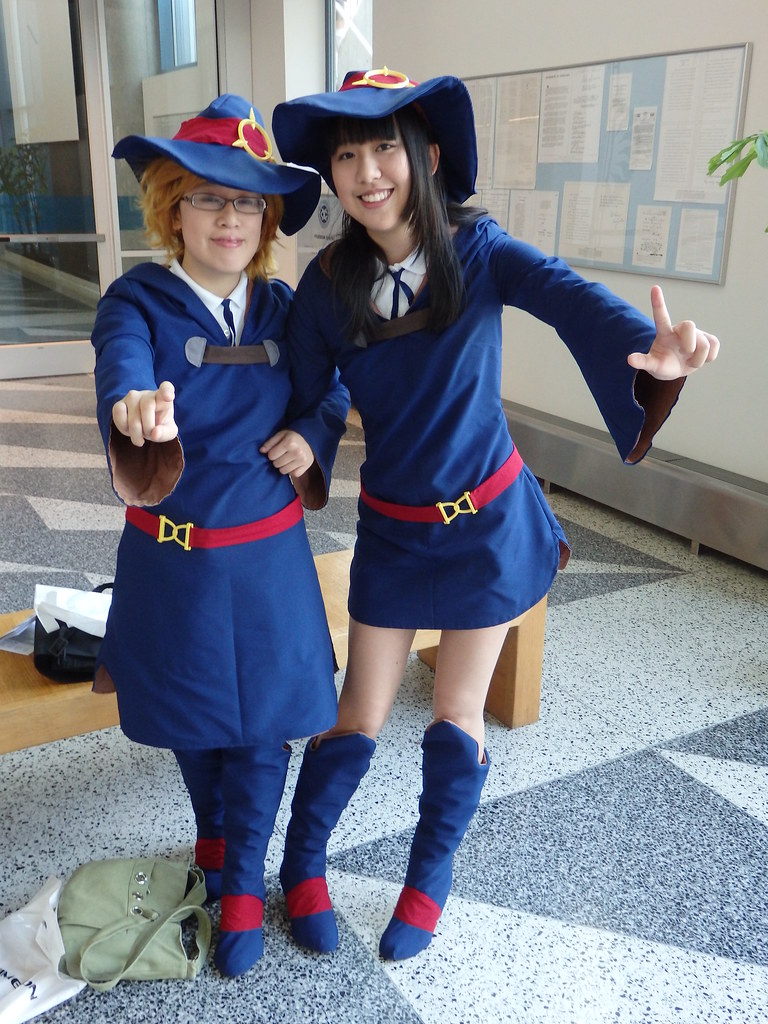 As my friends informed me, Fanime is a big deal for cosplayers — people come from all over the country to cosplay at the con. Unfortunately that’s not really my scene. I stuck to panels for most of the convention, both running three of my own (Introducing Studio Trigger, The Beautiful Backgrounds of Anime, and The Changing Faces of Anime) and attending a lot by other panelists. The fact that all three of my panels were approved despite me never having presented at Fanime previously should clue you into my next point: the panels lineup wasn’t nearly as strong as I expected from a con of this size. I certainly saw some stuff I really liked (I’ll describe the specifics in my upcoming panel reports), but there were large stretches of panels about cosplay, voice acting, and other topics that don’t particularly interest me. Maybe I’ve been spoiled by conventions like Otakon, AnimeNEXT, and Anime Boston, which make an effort to bring in panelists like Mike Toole and the Anime World Order podcasters, but I’m not used to being at a large convention that doesn’t have a packed schedule of these sorts of educational panels.

On top of that, the panel rooms were all in a separate hotel, the furthest building from the convention center unless you count the one housing the awkwardly partnered steampunk convention, Clockwork Alchemy, that runs concurrently with Fanime. Yes, the message here is clear: panels aren’t that important. They’re a sideshow for the main attraction, which is a chorus of teenagers and 20-somethings in costume singing that Mulan song in the lobby of a convention center. 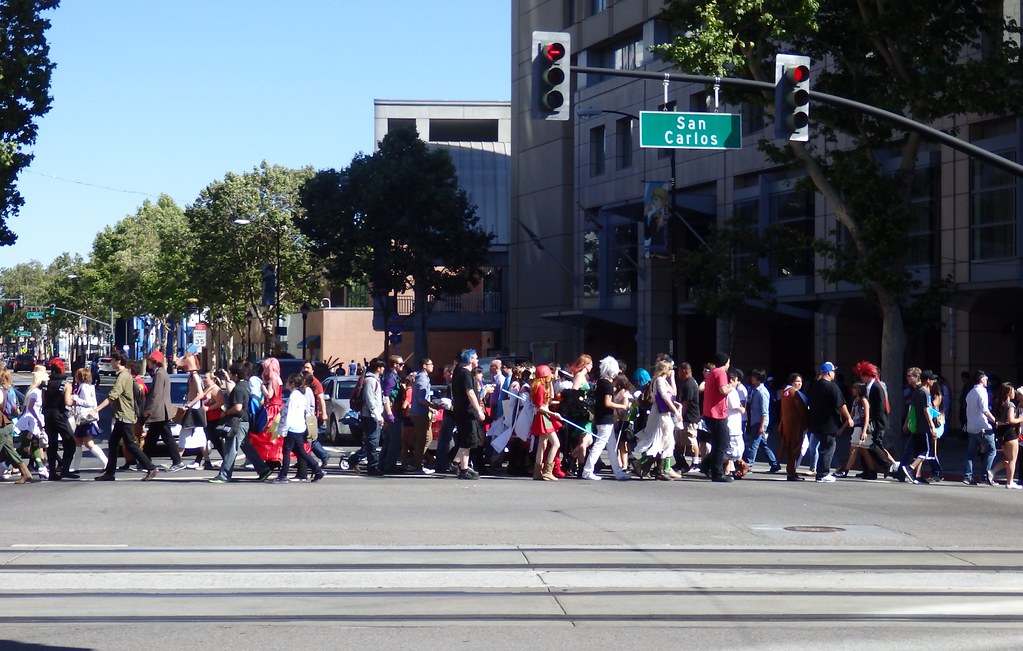 The con has been aging consistently for the past couple years. I see this as a warning sign of a fandom that isn’t drawing in enough new fans.

Speaking of 20-somethings, I noticed some strange demographics while wandering the halls of FanimeCon 2014. Whereas I’m used to seeing teens, often between 13 and 17, at conventions, I saw mostly young adults, who appeared to be between the ages of 18 and 30. I spoke with podcaster and Comics Conspiracy owner Ryan Higgins about the changes, since he’s been attending Fanime for years, and he says it’s not that the con historically has an older audience; the con has been aging consistently for the past couple years. What this means for anime cons as a whole is unclear, and not the subject of this post, but I certainly see it as a warning sign of a fandom that isn’t drawing in enough new fans. On the bright side, this seemed to bring with it a greater interest in the artistry behind anime (or maybe it's just something about Fanime's audience or location), with packed panels about anime studios, the production process, Japanese guests, and other topics that usually equal empty rooms at Otakon.

The Dealer’s Room and Artist’s Alley took up cavernous halls, as expected. I noticed, however, a surprising number of old-school anime booths in the Dealer’s Room, selling Japanese posters and vintage toys (I bought a Japanese Astro Boy poster and some out-of-print manga at one of them). The Artist’s Alley featured a lot of Kill la Kill artwork, reflecting the focus in cosplay as well. Yes, without a doubt, Studio Trigger's Kill la Kill was the most popular anime cosplay at the convention, and might have even beaten the dreaded Not-Anime Homestuck for cosplay saturation. In contrast with the aging of the fanbase, this development is an encouraging one. With series like Attack on Titan and Kill la Kill, anime is taking back its conventions, and even better, it’s doing it organically, without forcing the equally sincere fans of Homestuck and Adventure Time out of the events. 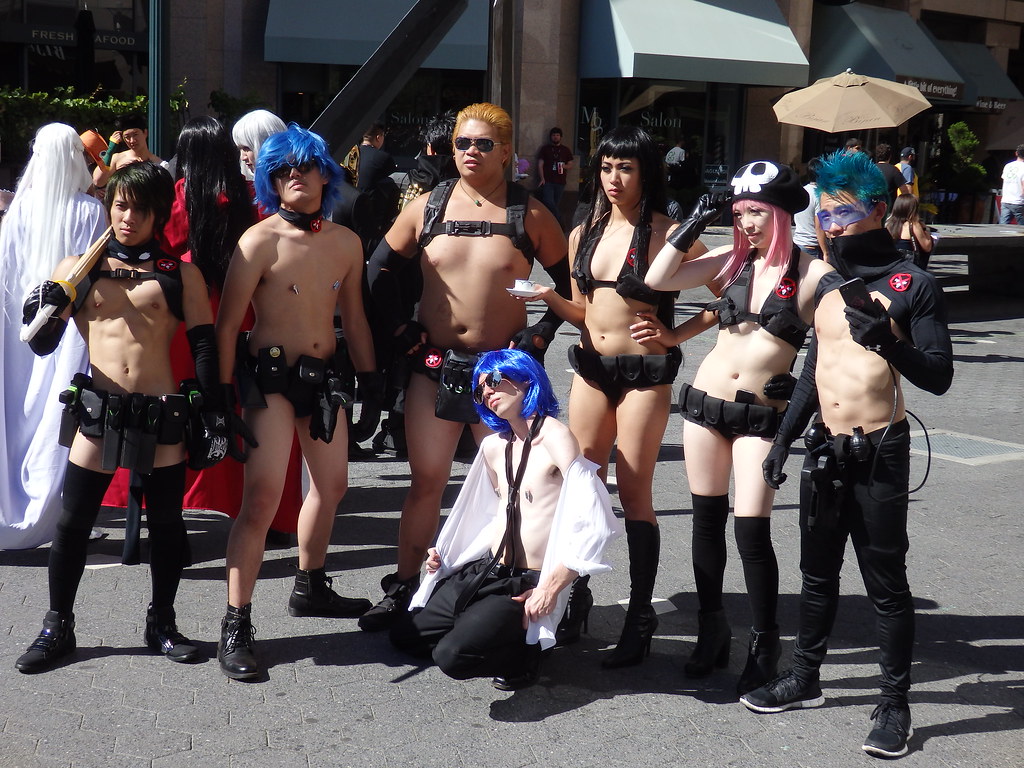 Between some surprisingly great guest panels and a lot of wandering around the pleasant college town that is downtown San Jose, I absolutely enjoyed myself at Fanime. It doesn’t give me the same rush as Otakon, but its considerable size and unique four-day length somehow makes it feel like a more immersive experience than most other anime cons. It’s the sort of thing I’m very glad to be able to experience locally, but if I still lived back east, I’m not sure I’d fly out just to hang out at an anime party for four straight days.

Looking for more FanimeCon 2014 photos? My photo album is up on Flickr, featuring guests, cosplay, and panels!