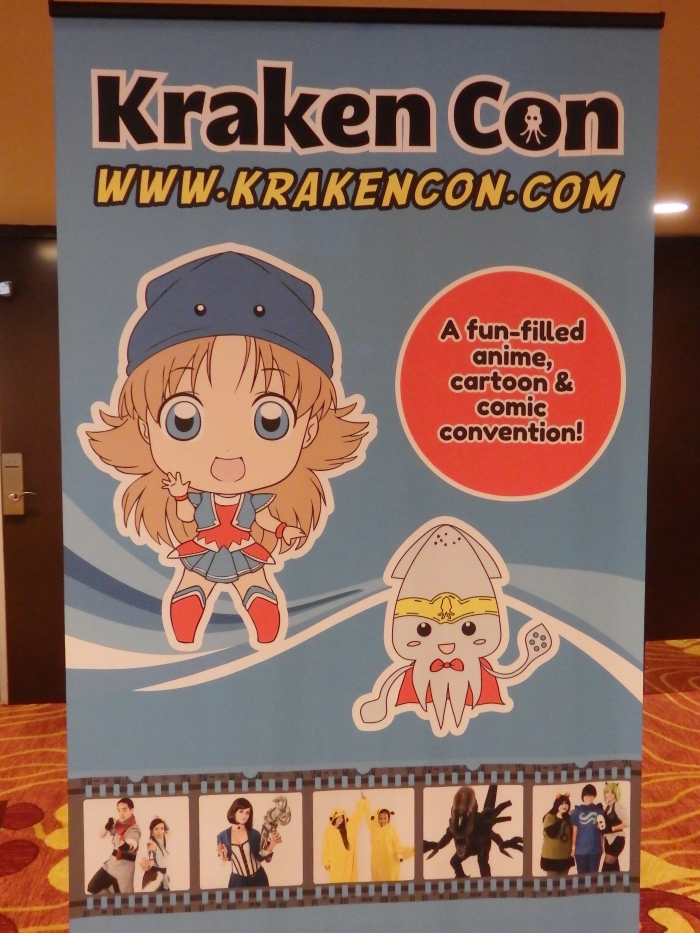 One-day cons are a rare treat. The three-day convention is the standard format, and sometimes results in events that overstay their welcome, stretching into lazy Sundays with very little in the way of interesting programming. My first con experience out here on the West Coast was Animation on Display 2014, which still felt a bit too long at two days. My second West-Coast con was another local joint, but instead of two days, it was only one: the fledgling Kraken Con, held on Sunday, April 6 at the Oakland Convention Center. This was only the second event for the convention, which runs one-day cons twice a year in October and April.

The coolest thing about one-day conventions is that they're low-commitment. Show up in the morning, hang out all day, go home. Done. There's none of the laborious back-and-forth or pricey hotel worries of a longer con. Kraken Con nails that convenience. The Convention Center is located directly outside a BART station, providing easy access from San Francisco and most other spots in the Bay Area, and some nearby restaurants provide ample diversions when con events get a little boring.

Luckily, that didn't happen all that often, as Kraken Con packed a surprising number of events into its single-day run. Adventure Time writer and storyboard artist Natasha Allegri ran a panel about her new web animation series Bee and Puppycat, where she walked the audience through her storyboards (with hilarious live narration) and answered questions about her work and its anime influences. Viz also ran two industry panels about their anime offering and Haikasoru, their Japanese sci-fi novel imprint. 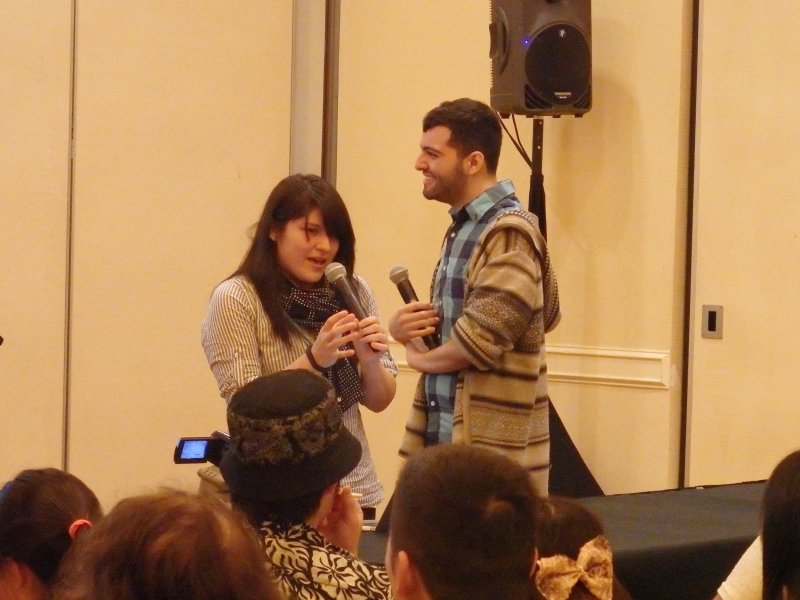 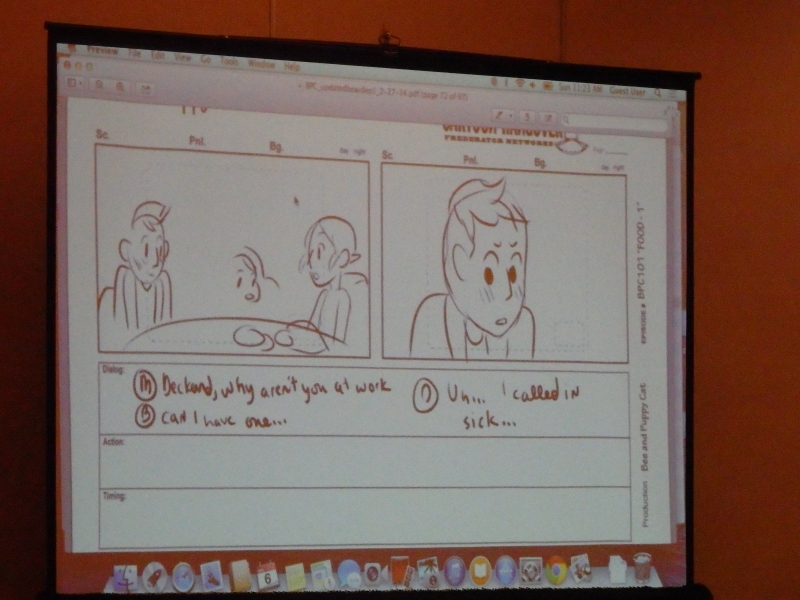 Despite a pretty full schedule, most of the other panels weren't quite up my alley, as they seemed to focus on how-to's about typical fan creative pursuits like cosplay and fiction writing rather than analysis, history, or comedy relating directly to the actual content that Kraken Con purports to center on ("anime, cartoons, and comics"). In fact, my panel "The Beautiful Backgrounds of Anime" was the only non-industry event that was explicitly about anime. This is something I noticed at AOD too, such that I'm beginning to wonder if this focus on creating your own fan works rather than discussing the things you're a fan of is symptomatic of Bay Area con culture or West Coast con culture as a whole. It's certainly apparent in con dealer's rooms and artist's alleys across the country, but I've rarely seen it so perfectly reflected in panel programming.

Dealers, artists, video games, and screenings all occupied the same ballroom, which overflowed into the panels hallway as well.

Speaking of dealer's rooms and artist's alleys, Kraken Con's exhibitor's hall was a fairly interesting small-con twist on the typical layout; dealers, artists, video games, screenings, and a maid café all occupied the same ballroom, which overflowed into the panels hallway as well. At a larger convention this open layout, with screenings and video games circumscribed by nothing more than some stanchions, would have resulted in pure chaos, but at Kraken Con it actually kept the convention centralized. In fact, I feel like it helped maintain a nice consistent energy throughout the day. Most attendees spend the majority of their time in the dealer's room and the video game room anyway, so why not mash these things together so they both happen in roughly the same area? (Body odor might be a good reason not to, but I learned years ago not to breathe through my nose at conventions, so I couldn't tell.) 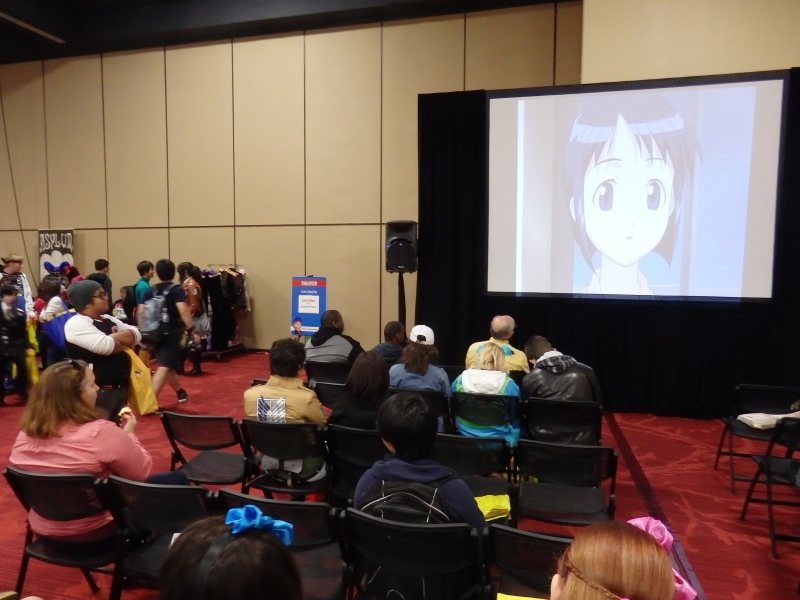 Kraken Con is hardly a standout experience, but as it's only on its second year, I could see it growing into something much larger. It is extremely well located, went off without any major hitches, and attracted a fairly interesting guest lineup, so there's really nothing to complain about. Really, the best part is how short it is. If you're in the Bay Area and looking to sate your appetite for anime conventions without blowing a whole weekend on it, there’s virtually no reason to skip out on Kraken Con. 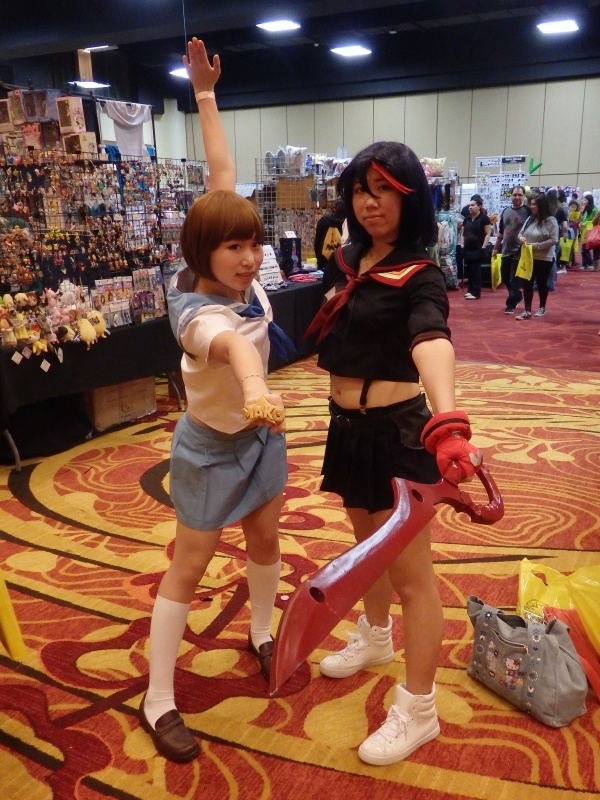