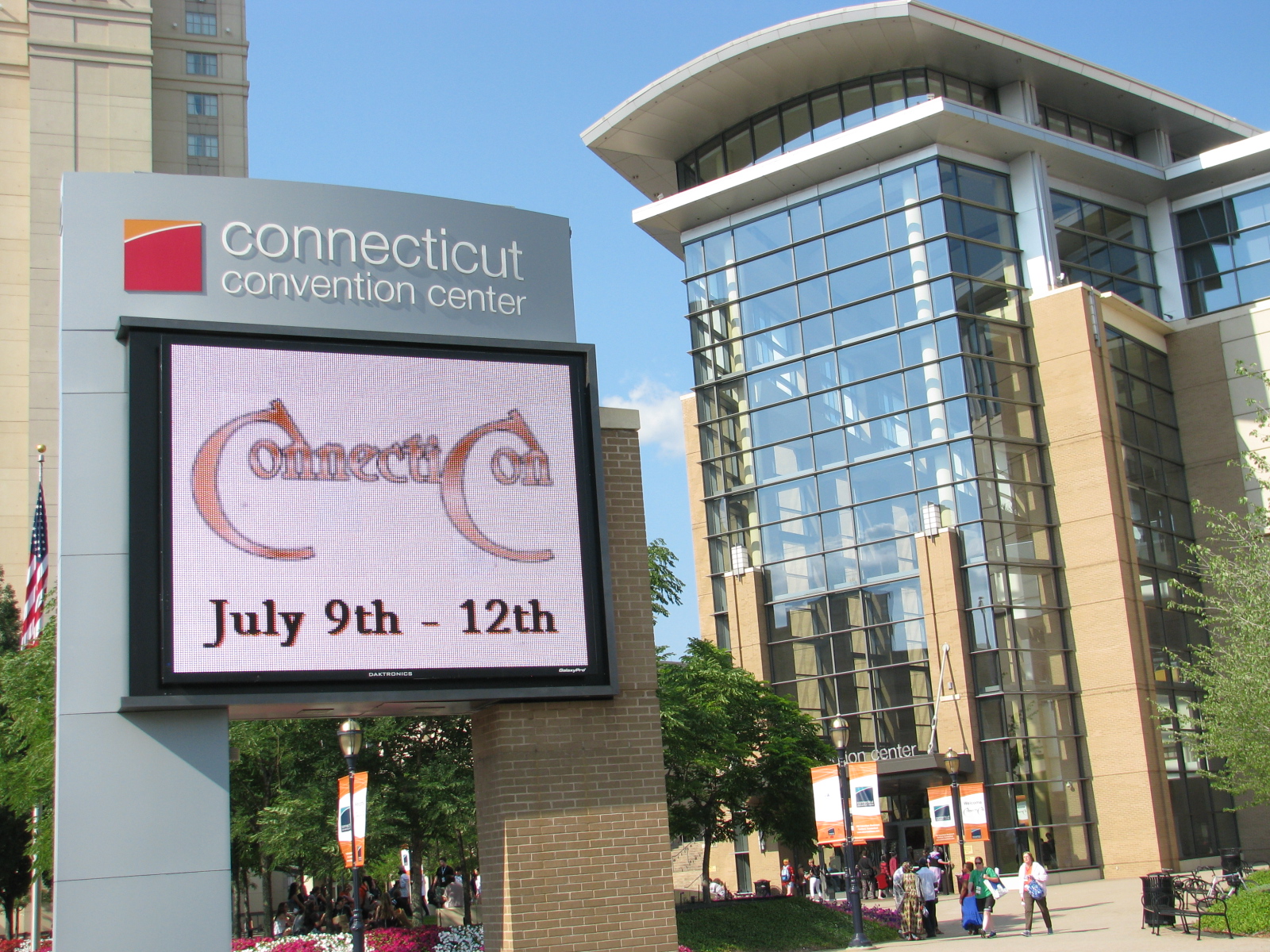 ConnectiCon falls between AnimeNEXT and Otakon. However, this “massively multi-genre pop culture convention” is anything but filler. To start, the main draw to most would be the insanely long list of guests: actors (voice, stage, TV, and film); authors and illustrators from the wide worlds of print and Web; and game designers/publishers. This is second only to the con’s immediate draw: games (electronic, tabletop, and otherwise). Seriously, you could spend the entirety of the con in the game room and never regret doing so. My personal draw, however, would be the panel offering put together in part under the management of GeekNights’ Rym and Scott.

Attendance growth was moderate; 11,351 paid attendees (12,645 warm bodies) traversed the floors of the Connecticut Convention Center in downtown Hartford. This 700+ person increase from last year was hardly noticeable however. In fact, I kept wondering where all the people were throughout Friday and early Saturday! By midday Saturday, however, the con was officially in full swing, and the halls were full to bursting come Saturday night. 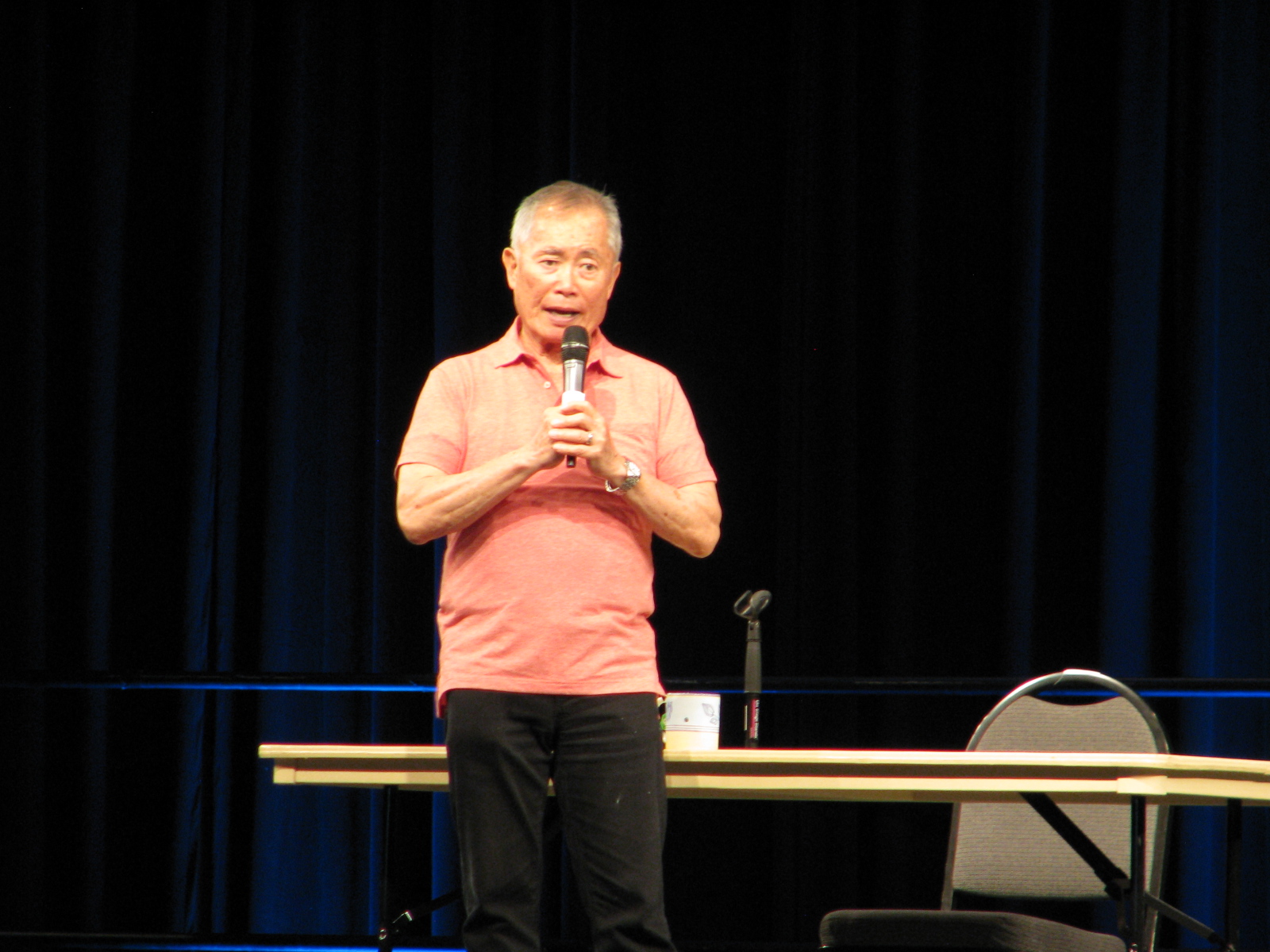 Despite the range and notoriety of guests, I forewent the Press Junket this year and did not request any interviews. Actors do not generally interest me, so I have a hard time coming up with questions. (George Takei and Nichelle Nichols, having history and social relevance, are the notable exceptions.) Attending last year reaped some stories (and even a song) that were fun to listen to but ultimately forgettable and made me miss early morning panels that most likely would’ve proven more memorable. Still, the Junket is something special for those who wish to take advantage of it, and many thanks are due to ConnectiCon’s Director of Press, Leo Marinak, for putting it together.

Other programming I largely ignored for some choice panels was the usual cavalcade of cosplay events, including a dating game, a chess match, a masquerade, a death match, and a The Doctor roast; a live art competition; Nerd Prom; and FMV (Fan-Made Video) contests. Nightlife extended the con with such events as the River Front Festival (a music, food, and fireworks extravaganza) and Con-Vivial Fest 2015 (a geek-friendly bar crawl of sorts), but the usually array of eateries and the camaraderie invited thereby cemented my tracks after programming proper ended. 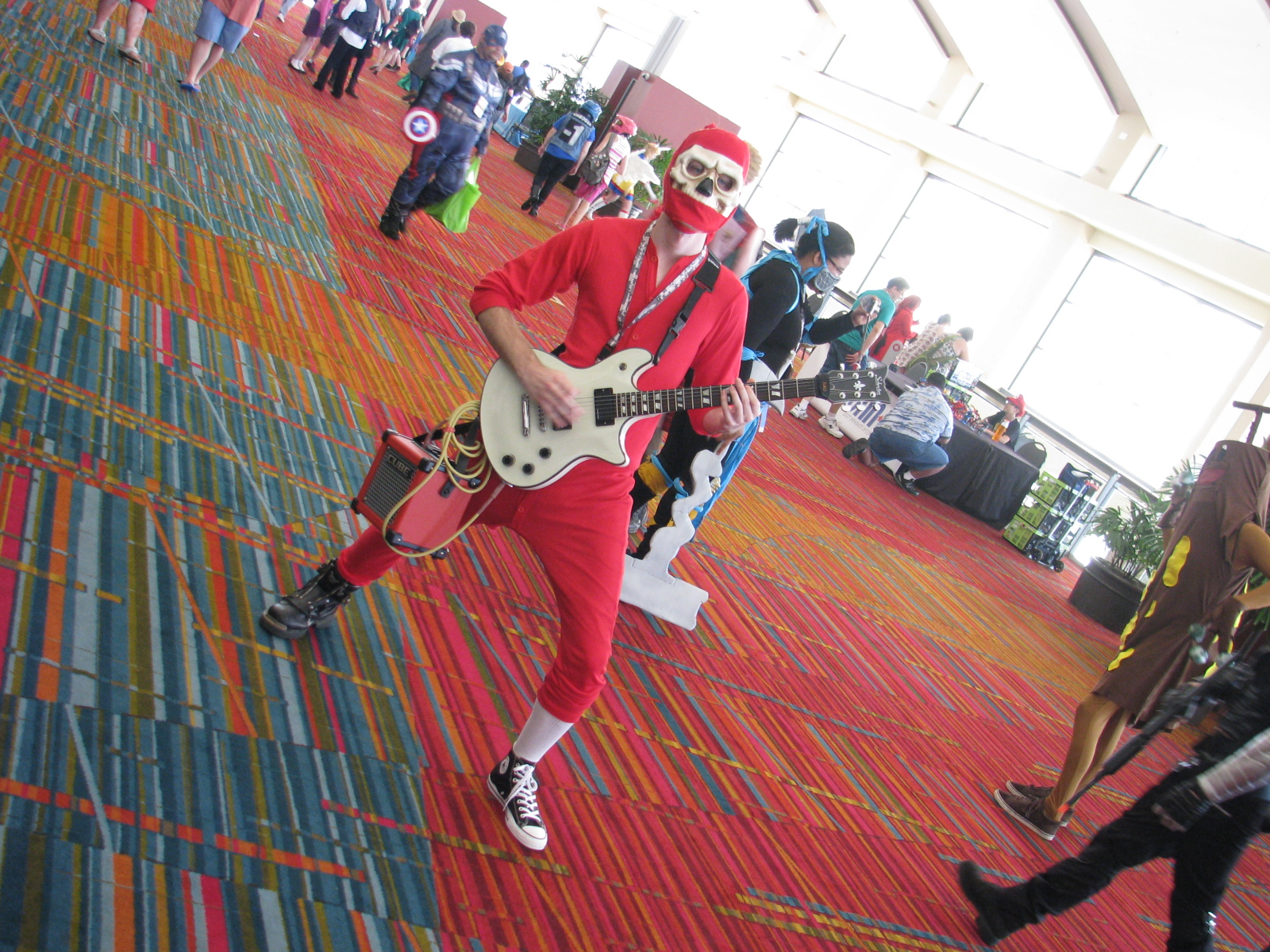 Organization seemed more on-point than usual, which speaks volumes given how organized CTCon usually is. As overheard from multiple attendees, the addition of freestanding directories on the main panel floor were greatly appreciated. These especially came in handy because all the panels rooms had names instead of their numbers from last year. As a complement, the perfect-bound “souvenir guide book” (which looks and feels amazing by the way) featured hallway- and day-specific, left- and right-page-separated panel tables which made navigation and panel hopping plotting a breeze.

Although I praised the Bemani Invasion arcade in the 2014 CTCon report, it was, as noted, cause for slight congestion. This year, the intermediate landing upon which said arcade was situated was free aside from a few couches and chairs for general lounging. To be honest, I missed the noise and the action, but the calm afforded in the in-between from con floor to panel floor was a welcomed transition in terms of mindset. 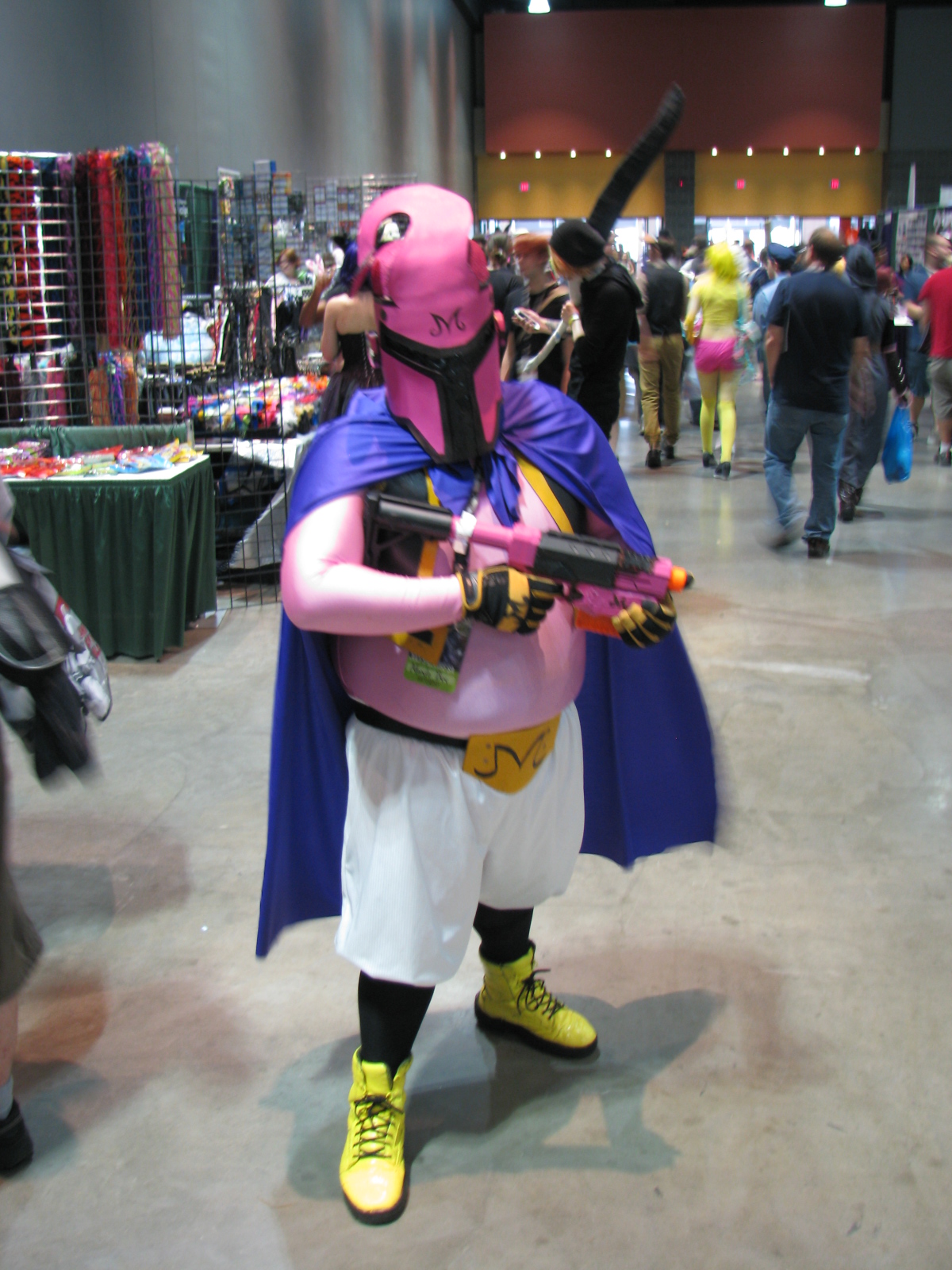 As a panelist, I’ve some words. A mild complaint regarding tech support, even if my dude did look like a clone of actor Adam Scott, was that information was delivered piecemeal: first the unreliability of the power strip, then the projector adjustments, and then the hidden sound board — all of which made me dash away and return to the stage multiple times. Finding help was another issue; each time I encountered a problem, staff seemed nowhere to be seen. Luckily, there was enough setup time in-between panels that everything was resolved without issue before the panel proper began.

On a programming note, I’ll conclude with the fact that ConnectiCon streamed some of its panels/events this year. I wish more cons would do this, especially for notable guests but also for select panels. It’s a great chance for people who weren’t able to actually make it to the con to see what they’re missing so that they might be more likely to make the trek next year.

All that’s left to touch upon is the archaic gimme gimme of the combined Vendors/Artists’ Colony area. I overheard many complaints about a diversity of selection, but I didn’t see much difference from last year. The Artists’ Colony was, as it always is, an exhibit of button, craftwork, and prints, while vendors sold the same goods representative of the con’s diverse geek focus as they always have.

ConnectiCon’s got something for everyone, and it’s got it all weekend long. The multi-genre nature of the programming and guests prevents burnout especially when attended between certain culture-specific cons, and the tracks cultivated by dedicated and passionate staff ensure a quality experience each and every year. 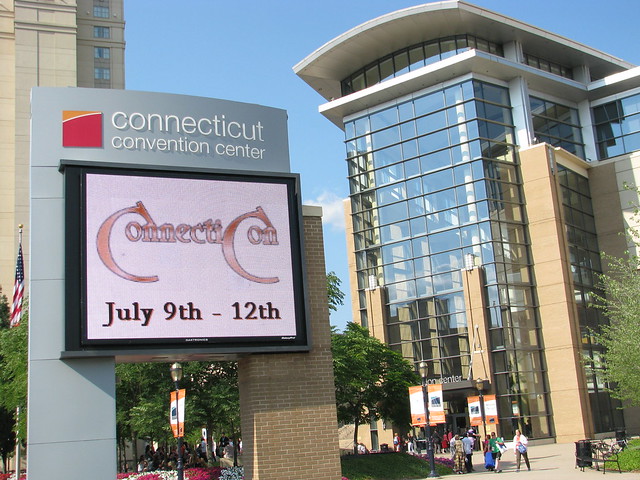