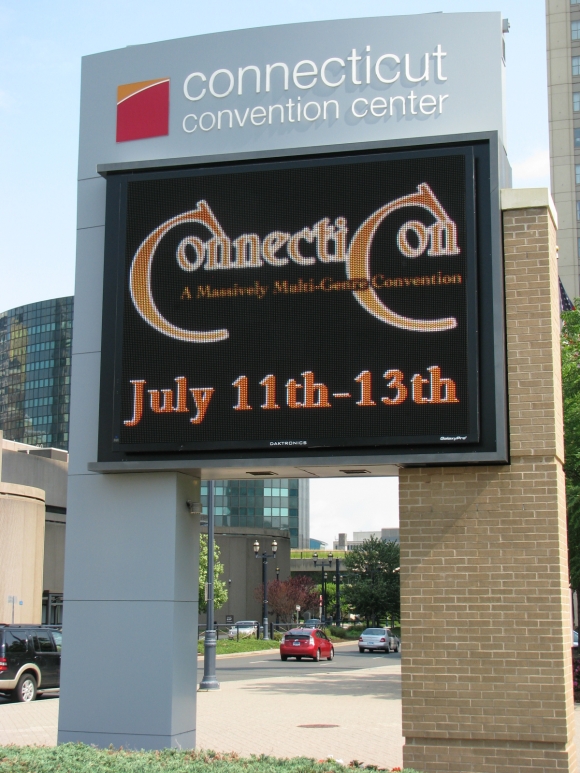 At a good con, there’s always more to see and do than can be accommodated by one person’s schedule. (See future ad: Ink seeks con lackey.) ConnectiCon maintained that tradition this year with a strong panel lineup and some star-studded voice talent. While I’m not usually one to be wooed into panels or press junkets by voice actors or actors in general, there was something undeniably and decadently nostalgic about the combined appearances of Rob Paulsen (Pinky) and Maurice LaMarche (Brain), Richard Horvitz (Zim) and Nikki Simons (GIR), and Alan Oppenheimer (Falcor) and Noah Hathaway (Atreju). This more or less set the theme this year: older media for a younger crowd.

During the past two ConnectiCons, I noticed a good mix of old and young. This year, however, the attendee demographic seemed heavily skewed towards the younger set despite programming that seemed aimed to appeal to those from at least two generations previous. Don’t get me wrong, letting talent slip into obscurity, allowing its effect and humanity to be forgotten by not affording it the opportunity for a physical presence, is a horrible thing and should be countered every possible time. Because, let’s face it, no-one knows how much time is left.

There is a ghost in ConnectiCon’s 2014 guidebook that was once portraiture of flesh and blood. There was an empty Dealer’s Room table, identified but by a simple moniker marker, which overflowed with books just one year previous. Perhaps saddest of all, there was no voice to speak to an audience of a now permanently cancelled “Abuse the Author” panel. Author C. J. Henderson passed away from a protracted battle with cancer just one week before the con. If you were lucky enough to be touched by interacting with the man or his writings, consider buying a book or two in memoriam or helping his family directly. A great deal of Kudos is due ConnectiCon for maintaining that Dealer’s Room table, upon which a couple sharpies were left for fans and friends to write their goodbyes and thanks. 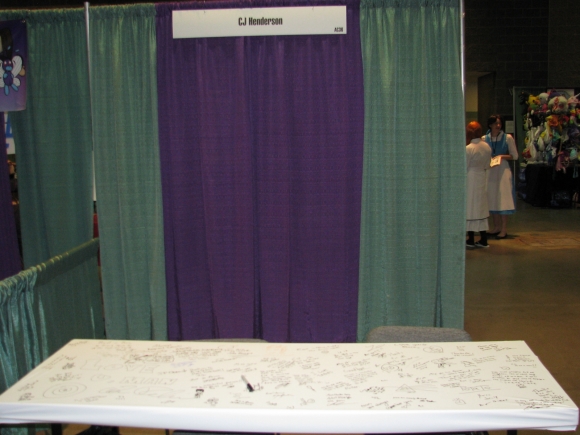 Since the con must go on, and since we’re still in the Dealer’s room, let’s distract our emotions with shiny things and the booths that swaddled them. One large area hosted the Dealer’s Room, Artists’ Colony, and the various featured guests. Things seemed a bit more spread out this year, and maybe that’s why it felt so empty. Traffic was never an issue any of the few times I popped in to look around. While the floor felt relatively sparsely populated with vendors compared to last year, the booth quality seemed far superior. From the visually enthralling simplicity of the wood and cloth Tea & Absinthe storefront to the morbid fun of the gargoyle-guarded Haunted Graveyard to the colorful Jerry’s Artarama table with interactive scribbling pads, the Dealer’s Room was peppered with some pretty interesting booths. 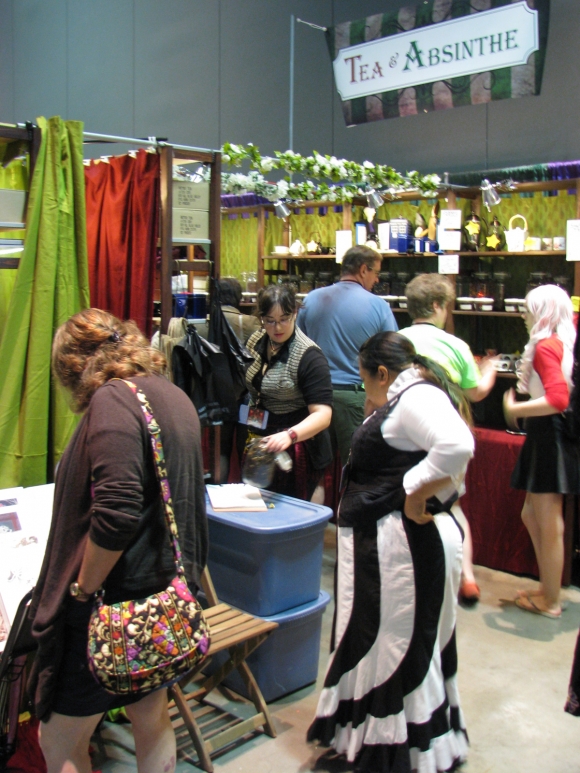 Conversely, Artists’ Colony seemed unfortunately tame—pretty scant in regards to eye-catching appeal. There were, of course, a few exceptions to this, most notably the Full Coverage Writers. They had a typewriter on their table for visitors to contribute a word, a sentence, a paragraph to a collective story. The organization also made some kick-ass word nerd buttons. The alley where guests were hangin’ out and talking to fans evidently didn’t need any accoutrement; the stars themselves were brilliant enough to attract ever-lengthening lines of endeared fans.

The weather was gorgeous all weekend ‘round, which was ideal for cosplayers. They were out in droves representing every fandom imaginable via homespun improvisation, originative imagination, and nigh photographic duplication. I missed them myself, but there was a most excellent Inspector Gadget and a couple Cortanas amongst the pictures posted in the Full Coverage Writers’ photo gallery! (For Ink's ConnectiCon photoset, click here.) 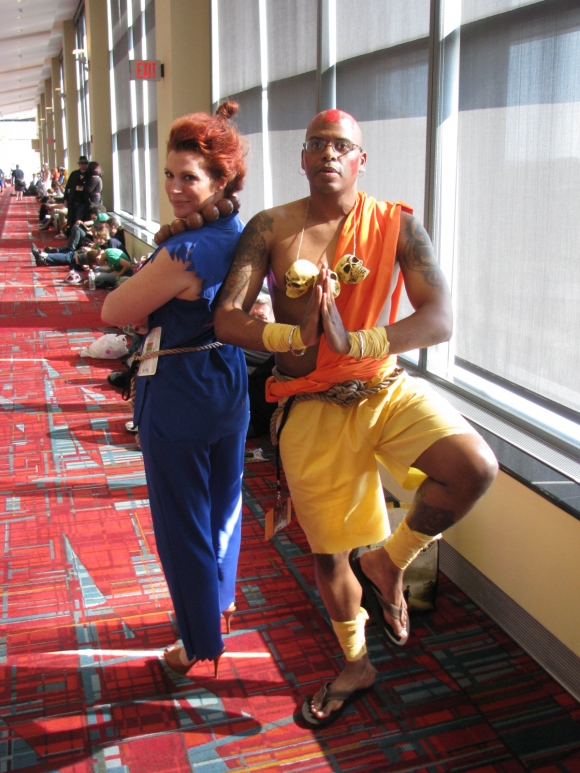 Panels and workshops were on par with last year. My only real regret is not attending the calligraphy workshop due to the chance to record a silly ukulele song. The unexpected highlight was the FAKKU! panels (Visual Novels and Q&A), which explored the humorous and industrious nature behind the depths of depravity, but excellent panels abounded. (Read more about them in the forthcoming panels report.) Tabletop gaming, which is mostly what this con is known for, was in full stride with a packed hall roughly the same size as the Dealer’s/Artists’/Guest area. A few ConnectiCon exclusives, such as Cosplay Karaoke, the ConnectiCrawl, and the ConneciCon Death Match, made the con all the more enjoyable with their original twists on existing programming and attendee practices.

If not the same as last year, the layout was clear and efficient. ConnectiCon, along with the all of the Connecticut Convention Center, spreads throughout the nearby Hartford Marriott and Hartford Hilton. The arrangement allows for a lot of space and air, while little info desks throughout are provided to help people find their way. With regards to the panel floor, the only suggestion I’d have is a sign or two pointing to which side Panels 1-3 and 4-7 were for the idiots, like me, who forget every time they ride the up escalator.

Speaking of which, while I did not have moments available to visit the video gaming rooms (even though I was stoked that this event had a dedicated “Classic Console” room), there was a new addition this year that seemed a good use of space; the landing between the two sets of escalators between the main and panel floors was used for arcade rhythm games. Even though it caused some slight congestion, the entertainment of watching people enjoy themselves made each dual flight trip all the shorter while separating the noise from the rest of the con. 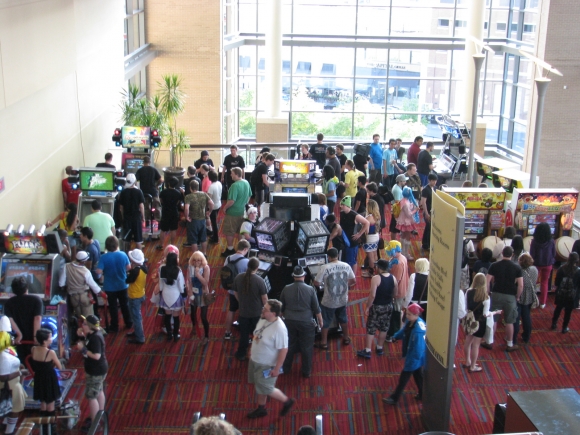 Bringing the noise out of the con and into Hartford proper, attendees filled such regular go-to spots as City Steam and Woody’s. I’d also be remiss not to mention the Saturday evening fireworks. It just so happened that ConnectiCon coincided with Riverfest. While awed by the booms, I was actually in a panel when the riotous explosions began and concluded. Musta been a helluva show, though. After the panel, I very slowly made my way, like a salmon against a current of evacuating Riverfest attendees, to my hotel room.

I may have left a tad early, but, in tuth, I was exhausted from what equated to a three-day party made possible by a con with a great breadth of content as well as a convenient locale and laid-back feel. With any luck, I’ll be paneling there next year—expanding the seemingly growing anime content. This is a con for the ages (literally, all ages) that lets attendees revel in nostalgia while witnessing the present state of fandom. I’d highly recommend picking up a weekend pass for 2015 to just sit back and enjoy the ride. 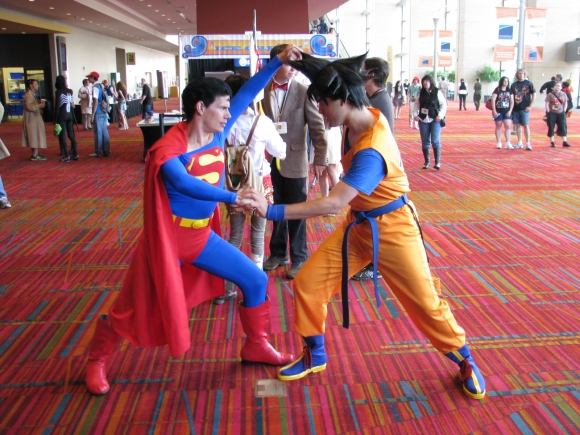