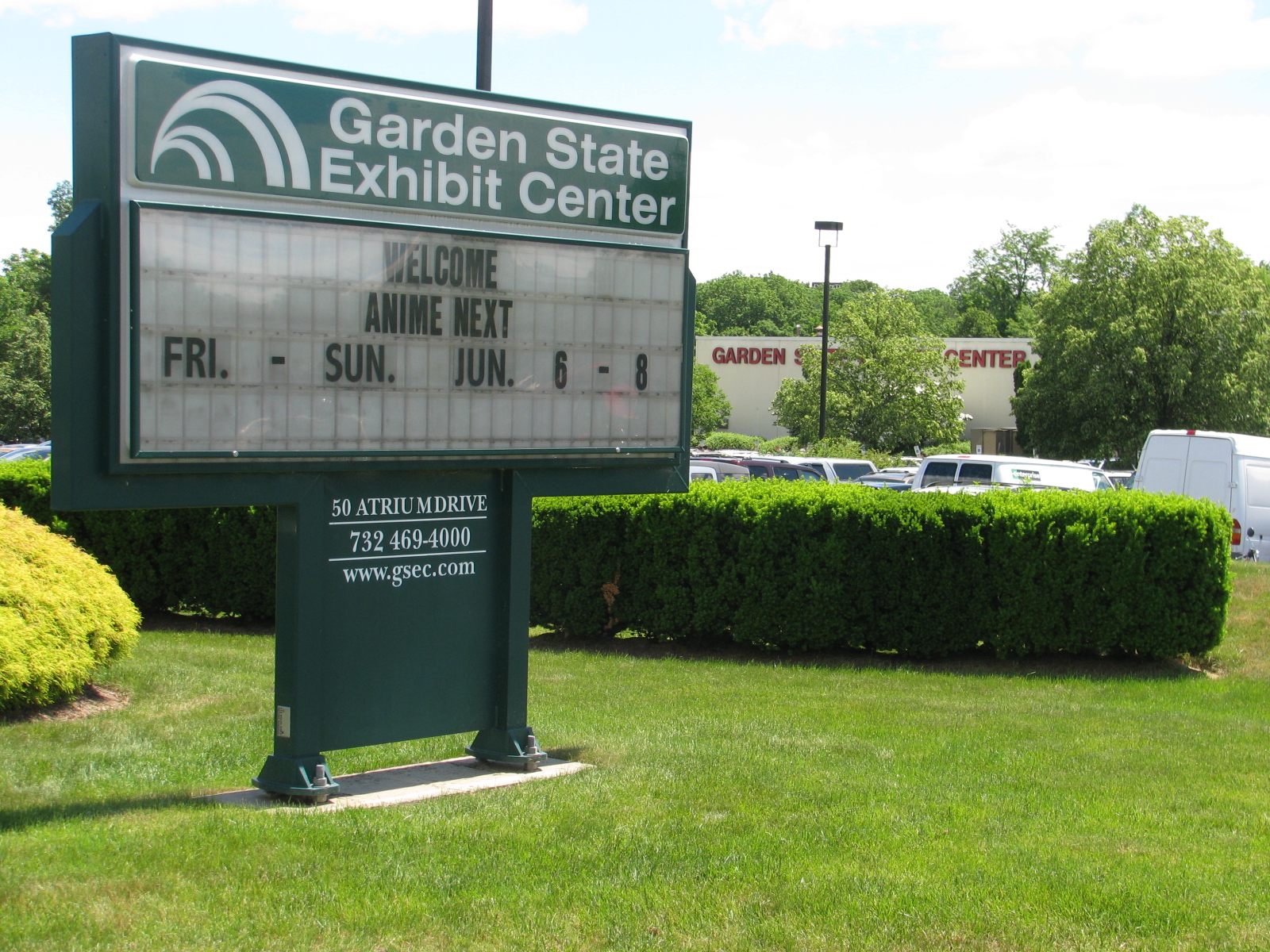 “Why did you even come here,” asked a translator to a certain industry panelist during room clear, questioning the meaningfulness of their time spent in New Jersey.

It’s not a question you necessarily want to hear when you’re far from home, stuck in the heart of New Jersey. It’s been a while since I got to attend a convention I hadn’t been to before, and in the lead-up to AnimeNEXT 2014, my usual con preparations had been minimal at best. Before I knew it, I was lecturing my fellow writer, Ink, on the finer points of Kantai Collection over pork dumplings, trying not to panic when struck by the realization that I was now, undeniably, in New Jersey for a minimum of three days.

AnimeNEXT is a growing mid-sized event that never feels like it's pressed for space or suffering from lackluster content.

In the lineup of East Coast conventions, AnimeNEXT fills a niche in a season where it feels like everything is either happening in Canada or California. The con reaps the benefit of being a growing mid-sized event without ever feeling like it's pressed for space or suffering from lackluster content. It’s a con you can experience at your own leisure, nothing like the sort of pressure that comes from these other events that draw in 30,000+ attendees per day. 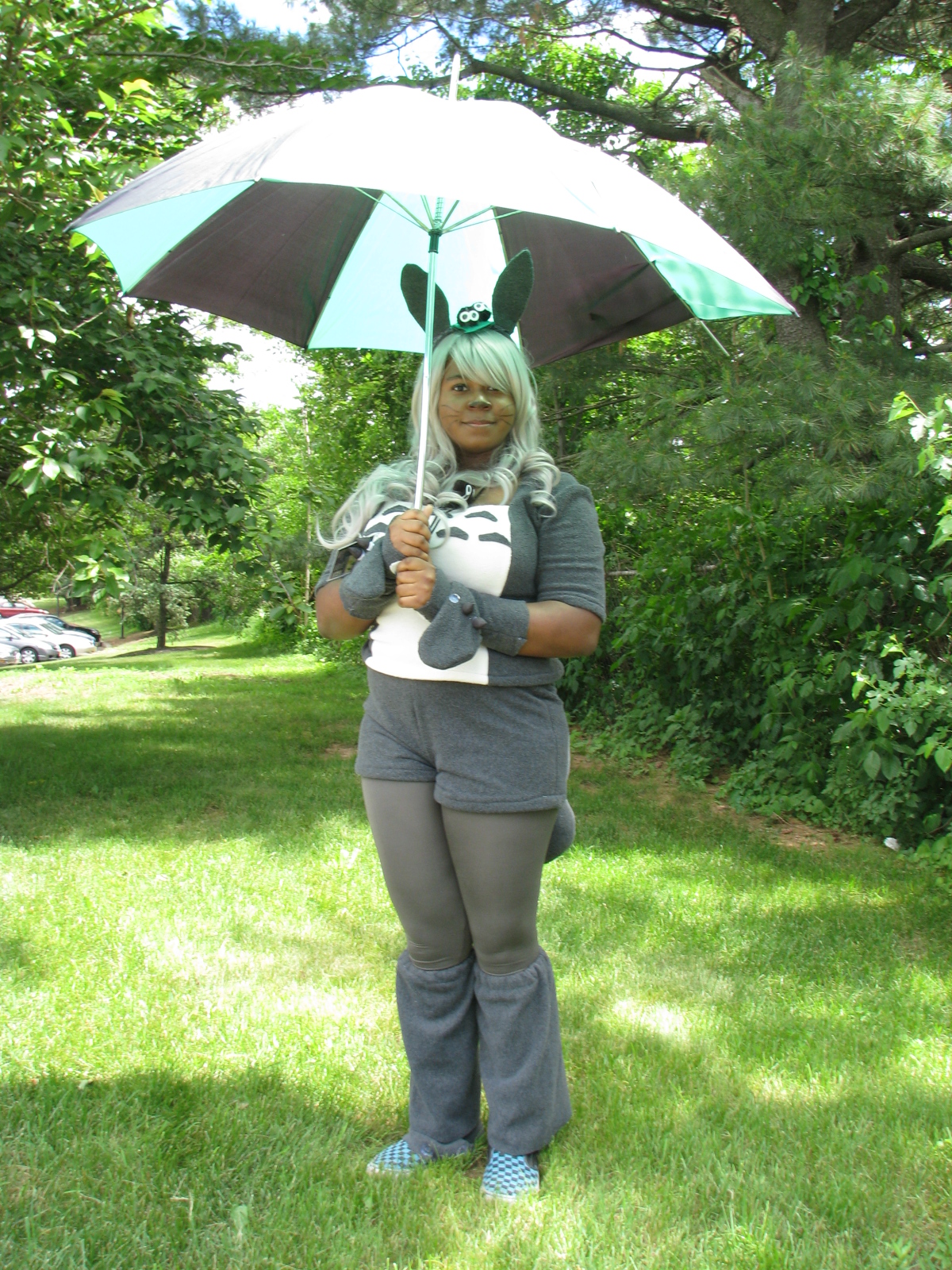 The lax atmosphere is likely the result of the layout of the convention; there’s a lot of places to mill about out in the sun. Having all this space clears up traffic considerably from idiots taking photos in crucial pathways and stairwells, but it also means fighting a constant desire to lie down in some shade and doze away the hours. Strangely enough, the fine weather had no bearing on panel attendance. As a matter of fact, panel attendance was pretty strong across the board. Getting people into panels has been a good barometer for determining the health of the culture in regards to fan activity, and for a while, it has skewed towards everything but anime. Conventions have had to deal with a glut of not-anime that infests the halls and the programming without much of a way to combat it. Now, industry guests fill rooms and even mid-card panels way out in the farthest reaches of the con space manage to go over capacity. 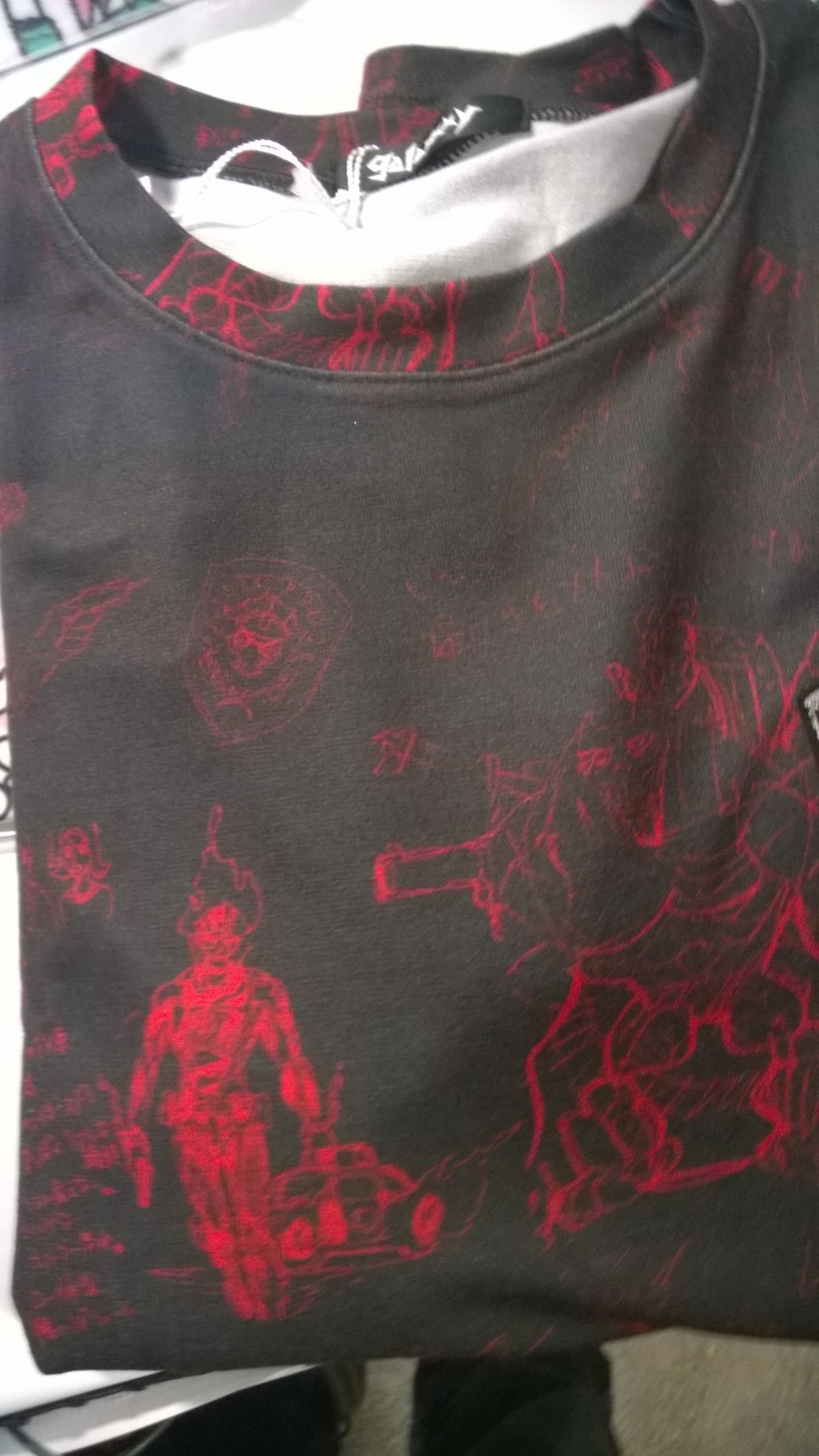 Admittedly, the quality of guests really jumps out on paper. Two people had a direct hand in the production of the hottest anime out right now. Together, the two musical guests covered both sides of the J-Pop spectrum. Even the fashion guest, being the sole distributors of licensed Dirty Pair leggings you will ever get to meet in your life, was remarkably high-level. For the most part, the dealers room was a bust with laughable markups on things you can find for way cheaper online, but galaxxxy’s store … man, that was a special treat. Don’t mind that most of their stock runs in Japanese women’s sizes, there are few people who wouldn’t lust after a tank top with the Lovely Angels’ faces printed on it.

Unless you own a car, AnimeNEXT has next to nothing in terms of an out-of-con experience. There was a shuttle to take people down to civilization where food could be found, though I wasn’t too keen on taking it and didn’t even know about it until the second night. I’m not enough of a scrub to dine at the hotel bar, but the temptation was definitely there as dinner plans were continuously delayed until the late hours of the night. I’ll rag on Jersey any chance I get, but I am being completely sincere when I say it is in the realm of possibility that you may starve at this convention without adequate preparations. 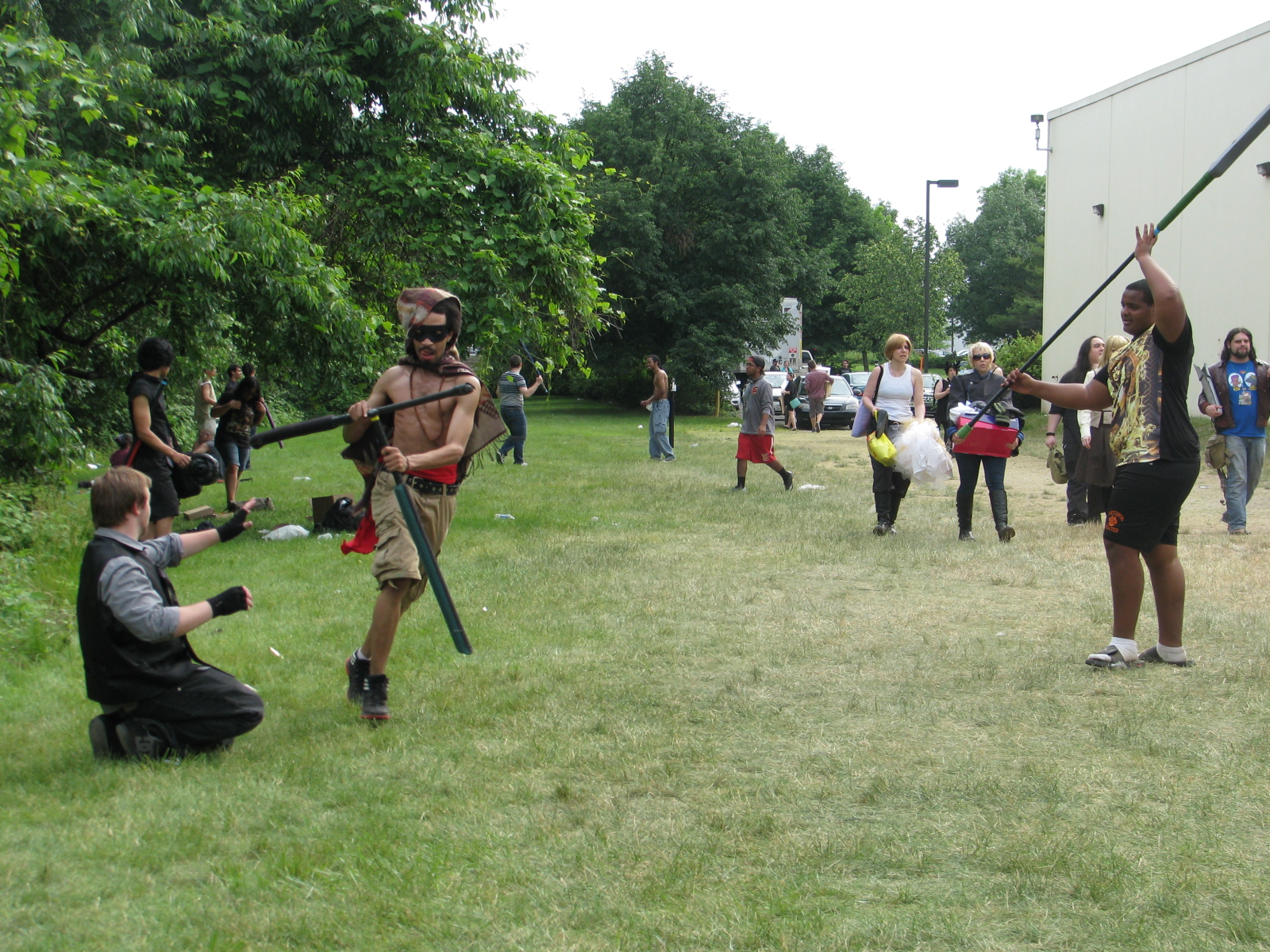 Even as I found myself surviving off of gift shop protein bars and killing time between major events at the video rooms (hell, even the video rooms were over capacity), AnimeNEXT easily outclasses the sort of experience I get at other cons in several ways. Larger cons suffer from this impersonal vibe simply due to their size, while small cons aren’t exactly places you can dwell in for hours on end with the limited programming offered. I’d love to transplant some of that Rutgers nightlife by the convention grounds, whether it is a falafel joint or a burger shop, anything really, but that might be asking for the most ideal con possible. [David] 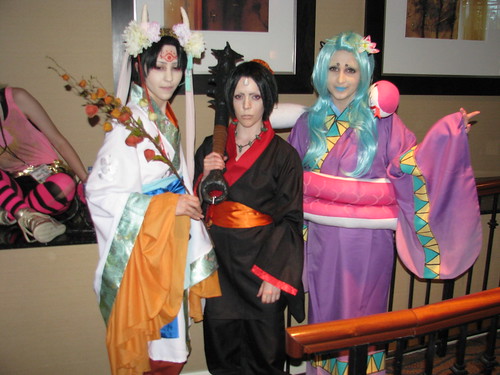 As isolating as the location of AnimeNEXT can be sans personal transportation, the programming is often solid enough as to keep attendees so busy that forgetting to eat is actually a thing. This year AnimeNEXT has continued to book choice Japanese creatives. This time around it was Hiromi Wakabayashi and Shigeto Koyama, who offered insight into their processes as well as never-before-seen pre-production designs for such series as Inferno Cop and Kill la Kill. Similarly, AnimeNEXT was wise to continue last year’s effort of bringing in anime community notables as guests. This year saw the initial appearance of A.W.O.’s Daryl Surat and Gerald Rathkolb as well as the return of Uncle Yo (with puppets!) and Charles Dunbar. Adhering to policy, panels were, in general and on whole, culture-specific and of the educational or exploratory nature as opposed to catering to ask-a-character wastes of time or interests/fandoms outside the focus of the con. 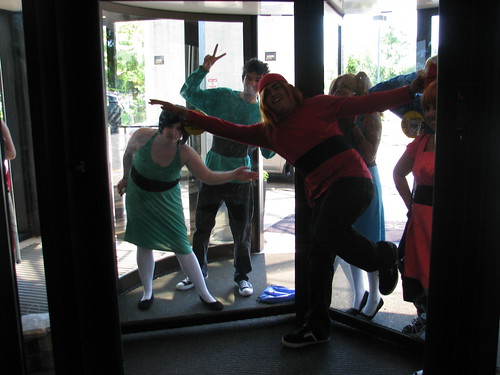 The historic crux of this con in past years is its host space: the Garden State Exhibit Center. Even with the adjoining DoubleTree Hotel and segregated gaming hotel (Holiday Inn), the space feels like it’s already been outgrown. This year’s addition of the Hotel Bridgewater was necessary and effective. It added some much needed breathing room, even if the lack of signage to it on Friday was a cause of volunteers being asked for directions every five seconds by a different group of attendees. Con attendance was just three score shy of 12,000 this year, and I don’t see the venue sustaining this growth rate for much longer. But since the weather was beautiful (as opposed to the admittedly well-weathered tropical storm at last year’s event), the people loitering outside and in-transit between hotels lessened the congestion observed inside the buildings.

Seeing Hiromi Wakabayashi stopping cosplayers for photos is the essence of the humanity and celebration of this con.

That said, there are still traffic issues in certain areas, namely the poorly/unlit path to the Hotel Bridgewater, the congestion at the doors at the top of the stairway to the DoubleTree lobby, as well as the chaos at the base of the stairs therein. Last year's bottleneck to DT Main Events and DT Panel 1 was solved by outdoor queuing, but elsewhere inside the hotel, lines all too often snarl for spontaneous cosplay photo shoots due to narrow passages to and from anywhere to anywhere. This is somewhat forgivable, however, when it’s the guests of honor causing the traffic. Like walking around Otakon and seeing Masao Maruyama casually strolling amongst the attendees in flip flops, a Hawaiian shirt, and cargo shorts, seeing Mr. Wakabayashi stopping cosplayers for photos is the essence of the humanity and celebration of this con: serious enough to carefully hone its respectful focus but never too focused to forget how to celebrate. 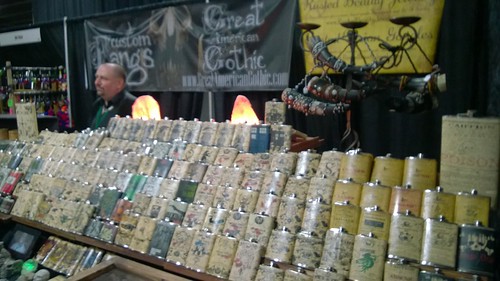 Praise must be heaped upon AnimeNEXT for filling the Japanese creatives’ panels via appropriate titling, and this is something from which all cons could stand to learn. If a recognizable name of a work associated with the creative is in the panel title, then people will flock to that panel. Watching the lit-up faces of those who’ve flown so far to be amongst those who supposedly celebrate their work is so incredibly fulfilling. We owe the creatives for hours upon hours of entertainment; we can at least show our gratitude with an hour or two of face time and raucous applause. 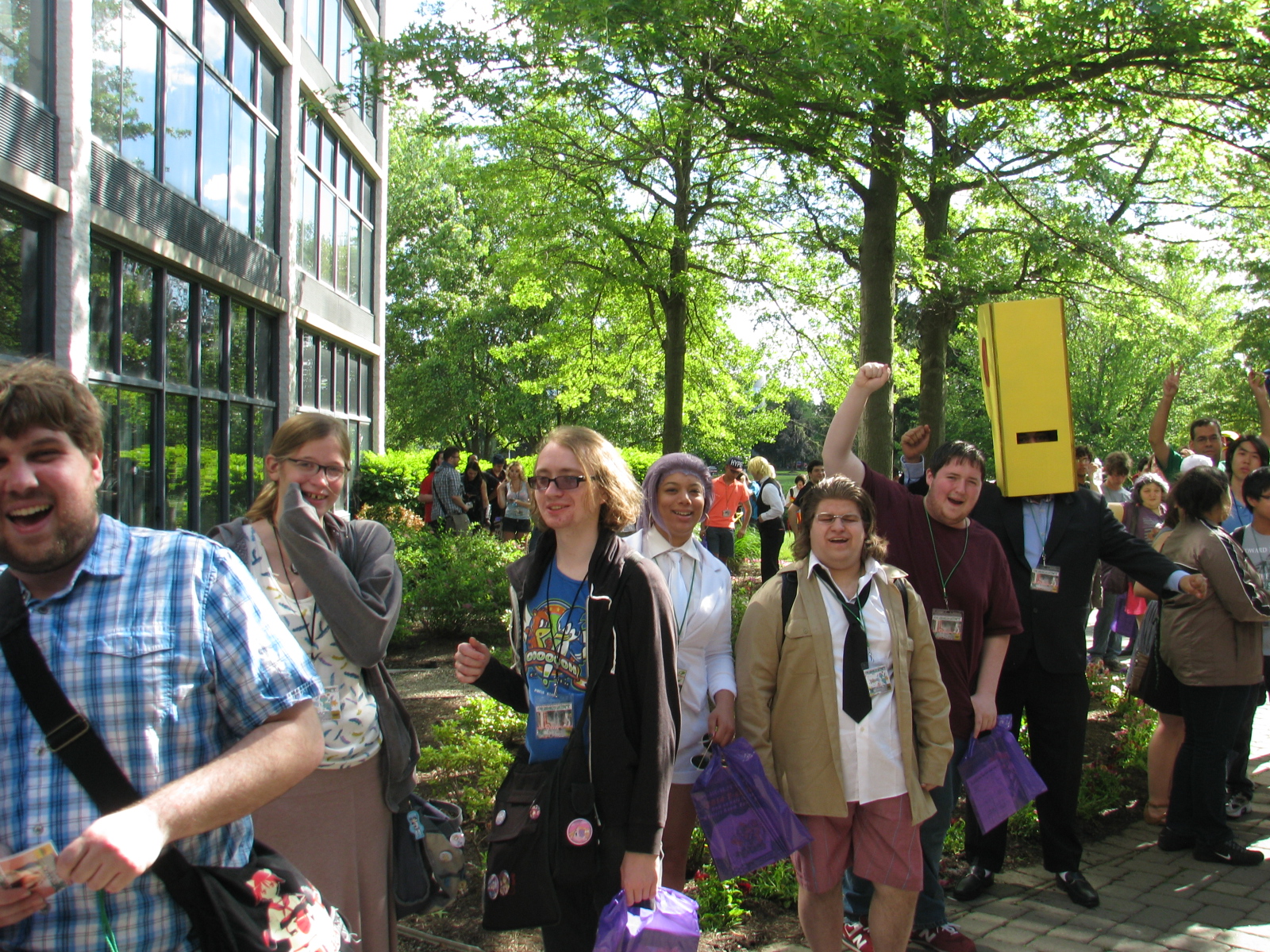 I’ve a few random things to mention before finishing up. Regarding the rock concerts: the open space (sans sound barriers) was unfortunate to those not intending to attend the concerts (including any and all in the Dealers Room and Artists Alley), but the sheer volume was worth it to see kids jumping around in a standing-room-only Main Event space. Live music, man, I’ve said it before many times: nothing beats it. Issues early on with air conditioning were unfortunate but not the con’s fault; the DoubleTree turned on the units so low so early in preparation that the coils broke the first day. Throughout the rest of the con, the staff worked tirelessly to get those waiting for panels into air-conditioned rooms as fast as possible. Many thanks to each and every one of those benevolent, sweaty souls. Finally, the 15-minute buffers between panels were a godsend. As an attendee and panelist, respectively, not having to run from room to room or hotel to hotel to catch a panel on time and having enough time to set up and run a little late was absolute bliss. This was one of the most smoothly run AnimeNEXTs I’ve been to, and I thank all who made it happen. [Ink]