Having attended this convention since its debut in 2008, I feel the following gush completely justified: “Awwww, our little con is growing up!” Maybe it was the effect of the sleep deprivation from attending TWO conventions in one weekend, but this year’s Castle Point Anime Convention (CPAC) felt like a legitimate, bustling con, as opposed to an incidental, laid-back college con, from the second I set foot onto Stevens Institute of Technology’s Hoboken, NJ campus. CPAC’s yet to break from its single-day schedule, but the con’s certainly doing its darnedest with the time and space it has. And things are getting crowded! 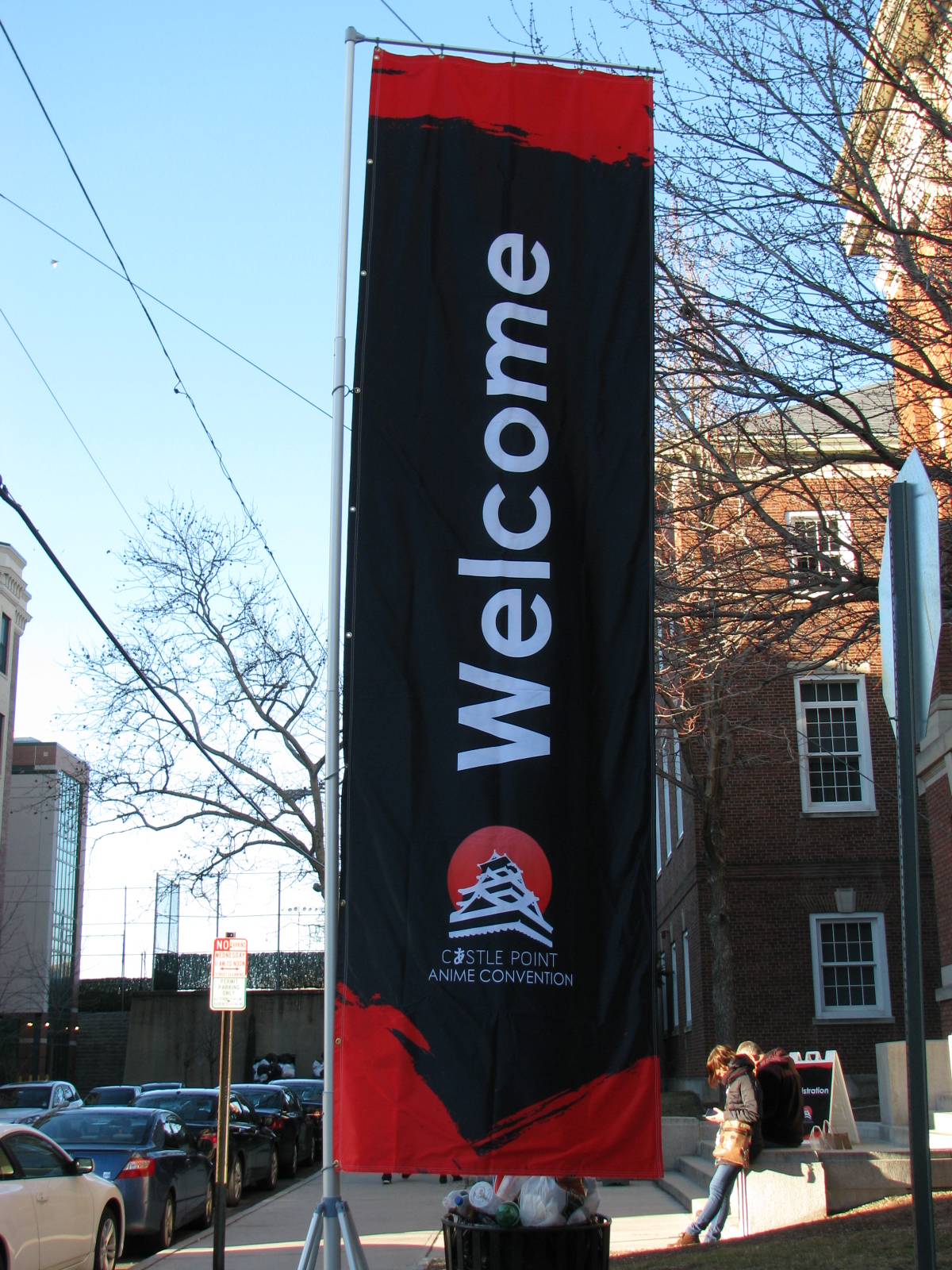 Exceeding the efforts of prior years, coordination was tight and seamless. Badge pickup (press and panelist) was simple and quick, buildings were plainly marked, and staff was all over to help direct traffic and answer questions. Even before the con started, CPAC upped its game for 2015. The schedule was available in advance and on the day of the con to mobile users via Guidebook as well as online via SCHED. And while it may seem like something to be taken for granted, I want to personally thank whoever is responsible for getting speakers into the panel rooms. It was a small contribution that made a huge difference in convenience and presentation quality … when the panelists could figure out how to use them. Regarding exceptions to the latter, the head of panels already responded to concerns by promising a tech cheat sheet next year. Talk about quick action! (Also maybe have a staff member check in with each panelist as they’re setting up to make sure they’re ready to go.) 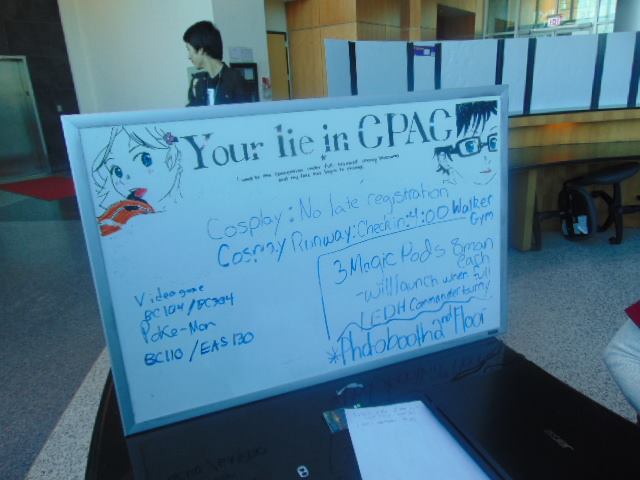 Speaking of panels, interesting panels overlapped such that I couldn’t possibly attend them all. This was a marked shift from recent years; a smattering of industry, talent, fan squee, and academic panels presented something for every fan. Of this, I was glad, and much praise is due Ben Knutson. It was his first year as head of panels, and I think he did an excellent job. CPAC was catering to all and by doing so hopefully encouraged even more mouths to spread the word and increase attendance again next year. However, I imagine CPAC will soon have to make the jump to an off-campus venue or annex more classroom space given that even early-morning panels on relatively obscure topics were filled to standing room only admission .

The combined Dealer’s Room/Artist's Alley was more fleshed out than in previous years. It felt full, both of people roaming from booth to booth and of booths themselves. All the basics were represented, with a hidden treasure here and there (be it craft or collectible), but the most important and recognizable thing was the atmosphere of a legitimate selling space and all the excitement that comes from such a market. Unfortunately, someone’s always gotta ruin the party. In late evening, all exiting traffic was halted. Bags were being searched. It’s pretty obvious what happened, and it would have made for a sad ending note to the con, indeed, had it not been for something ridiculously felicitous. 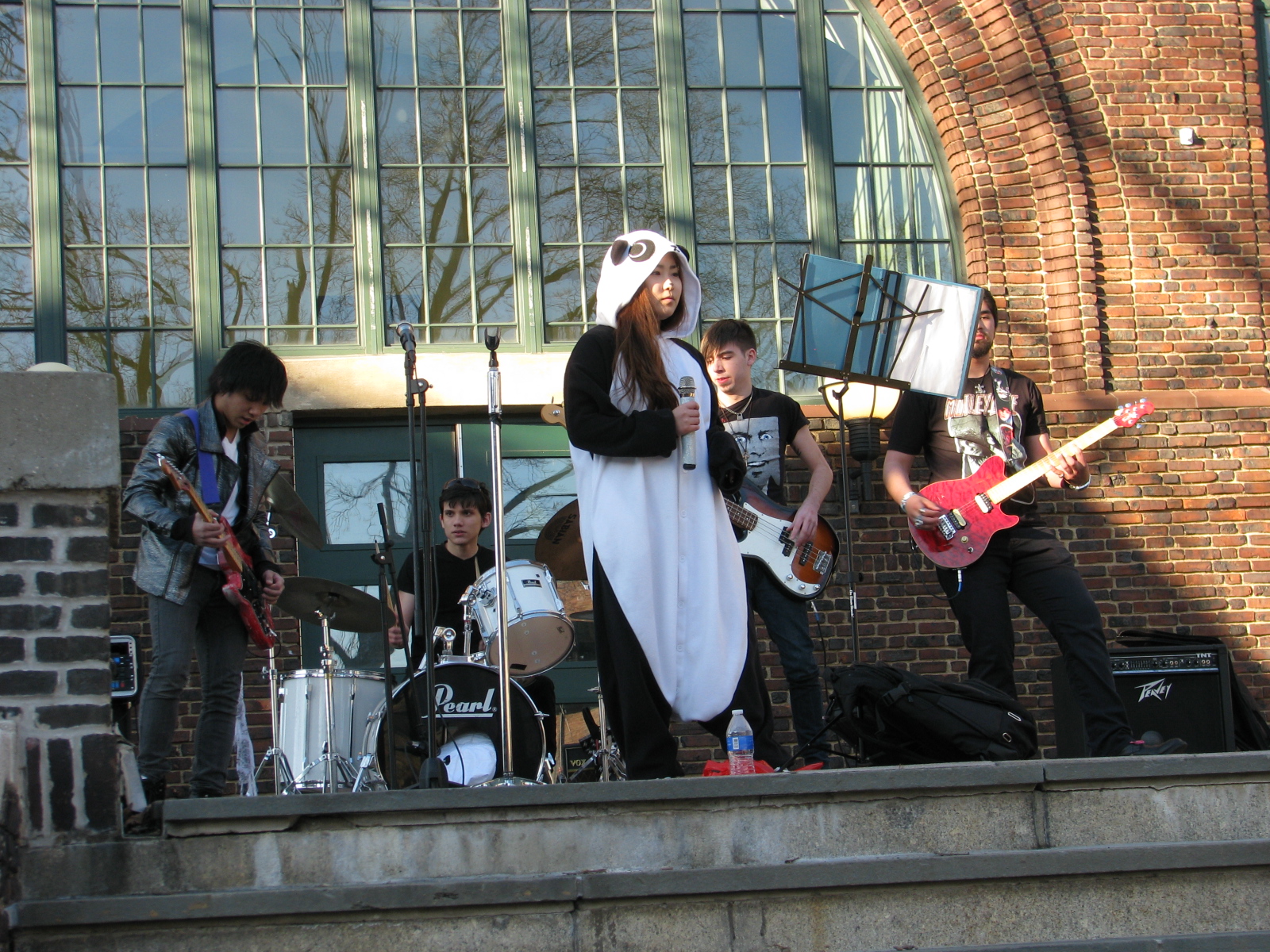 After being searched and released from the dealer’s room, it was time to go home. I’d been kept so busy by panels that I never made it to the annual cosplay chess or the maid café let alone the respective performance and concert by Rainbow Bubble Girls and The Asterplace. Missing the latter was an absolute shame, because there was an honest-to-goodness LIVE BAND at CPAC for the first time in years! (If you’ve read any other con report by me, you know I hold live music to be essential to a proper party.) As if in sympathy, however, the con ended on the highest note imaginable when a five-piece band featuring a lead singer in a panda costume starting playing me and my cohorts out with Yui’s “again” from the Fullmetal Alchemist: Brotherhood OP (or, you know, her album Green Garden Pop).

Near delirium for all my lack of sleep, I managed to completely mess up everything I had planned, save my panel (which went great, thanks for asking). Missing the concert was unfortunate, but the after-the-fact realization that I’d missed the chance to talk to guest Jamie Marchi about the FUNi simul-dubbing/-scripting process and other aspects of her involvement in the industry was heartbreaking. Admittedly, I would’ve also been one of the first to ask for her best “gow gow.” She was a catch of a guest for CPAC, and I hope her caliber got the attention it deserves. Other industry guests included voice actors Mike Pollock and Monica Rial.

Aside from a forthcoming, short panel report, that’s about it from me on this year’s CPAC. It’s growing in attendance and competency. I can only hope it doesn’t share a weekend with Zenkaikon again next year; it would be great to be at least semi-cognizant as to take advantage of all the con has to offer. Spread the word, and make plans to attend next year. I hope to see you there at the concert, in a panel, or scouring the dealer’s room. 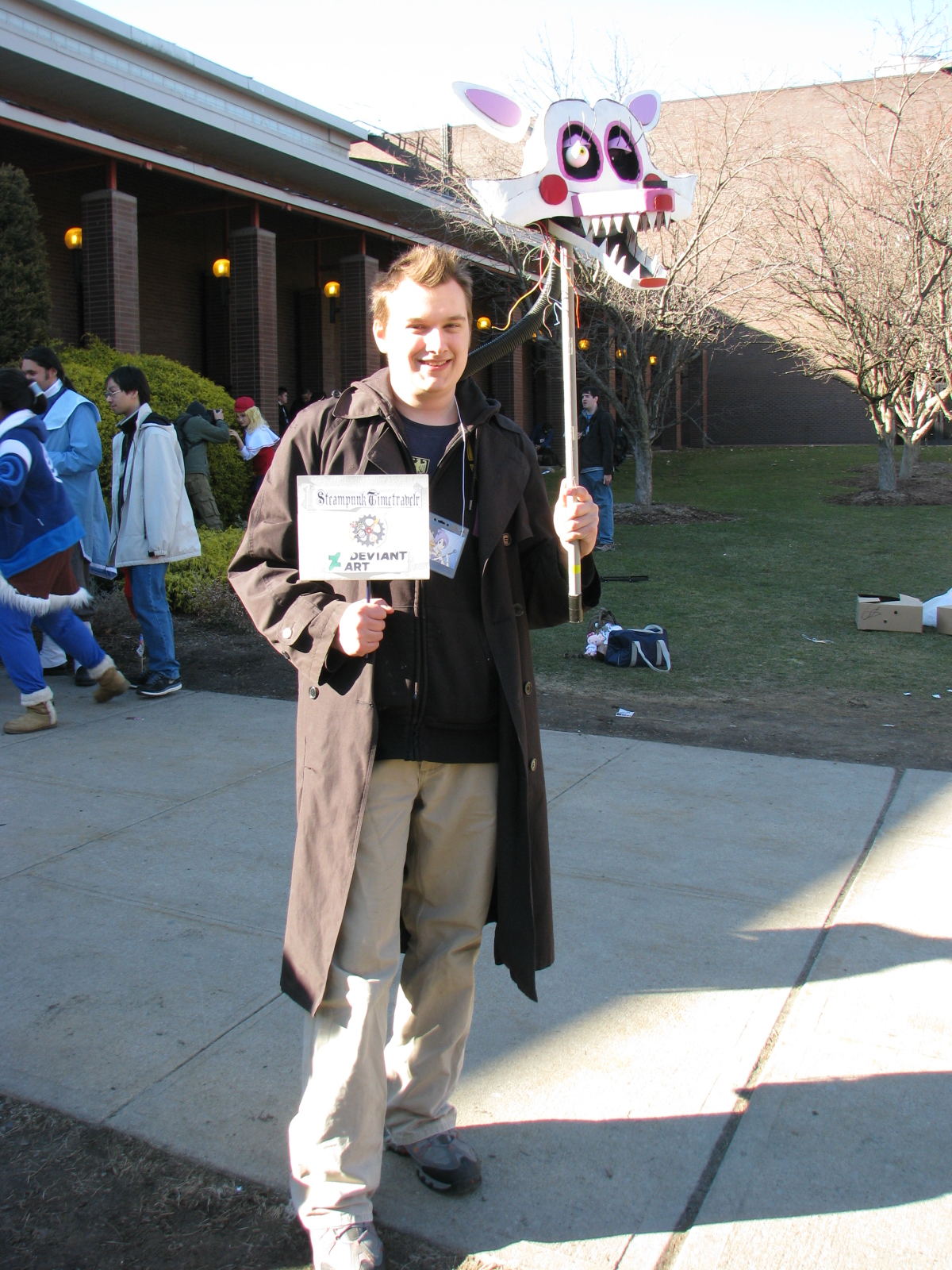