Unfortunately we've had a bit of a slow year in video games here at Ani-Gamers, despite some really big releases in 2015. Below you'll find a very short list of our favorite games of 2015, based on the opinions of our contributors who played enough games to be confident about making a list. Neither Evan nor Ink have played Fallout 4, Metal Gear Solid 5, or The Witcher 3, so these AAA titles (and quite a few others) unfortunately aren't in contention for our 2015 list. 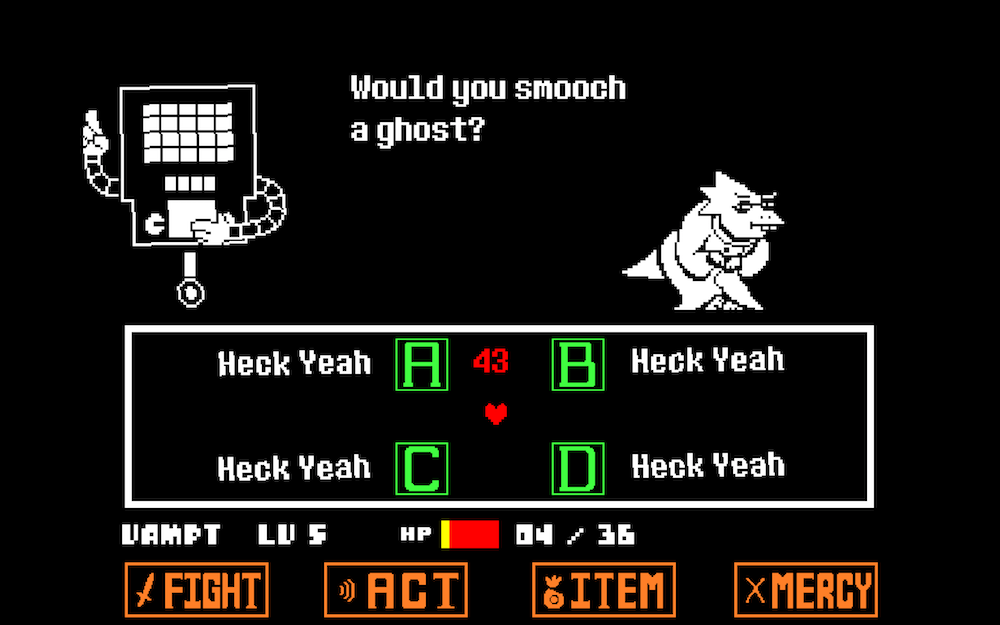 I hesitated to put Undertale on my list, since the game's frequent bursts of brilliance are countered with long stretches of frustration, but ultimately decided that it deserved a spot, moreso because of what it attempts than what it achieves. Toby Fox's Kickstarter-funded RPG is obviously inspired by the Mother/Earthbound games, and as such, what begins as an adventure into an underground world full of monsters quickly turns to questions of morality and responsibility, uncovering a world with all the whimsy of an Adventure Time episode and the pathos of a Walking Dead episode. Fighting monsters is an ever-present option, but you can also talk them out of combat, and the choice between this "pacifist" play style and a more combat-heavy one has big consequences. Behind this is Fox's pervasive attention to detail. The game records almost every action, from killing an enemy to equipping an item, and affects events as small as one-off dialogue lines and as large as the game's ending. Fox's writing is snappy and contemporary, full of lovingly idiotic characters, sly pop culture references, and clever reinforcement of narrative via combat and puzzle mechanics. Unfortunately Undertale isn't always well balanced as a game — puzzles are often needlessly obtuse and combat in the endgame is cruelly difficult and drawn-out — but its commentary on the assumptions and underlying power fantasies of video games, as well as its unspoken Tumblresque worldview (the main character is ungendered, for one) make it a fascinating artifact of 2015 video game design. Undertale may not be the best game of the year, but it is a harbinger of the delightful, introspective, experimental video games we can look forward to in years to come. 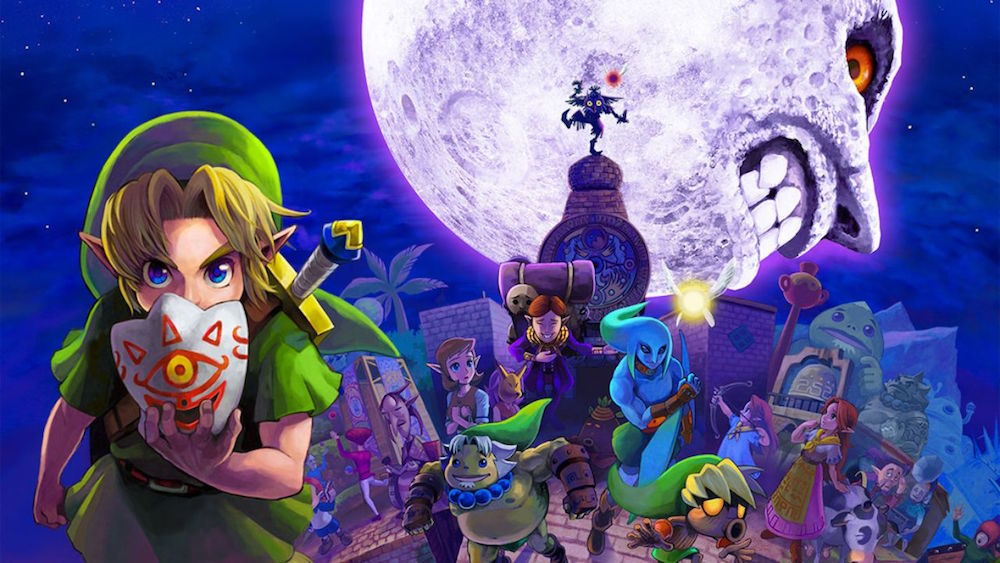 It feels like cheating to name Majora’s Mask my Game of the Year, since not only did I play very few new games in 2015, but it’s a rerelease of a game that I’ve already had 15 years to marinate on. All that aside, Majora’s Mask still holds up well in 2015, and replaying it as an adult has opened up a lot of new avenues of analysis that I never considered as a kid. It remains the darkest, most melancholy Zelda game, with an overarching sense of loss and despair that lends the game a distinctive atmosphere but never feels oppressive or melodramatic. Grezzo’s 3DS port makes the game feel new again, with higher-resolution models and textures that match the look and feel of the old game. The only element that feels dated is the game’s scope; at the time, Majora’s Mask had such a large, ambitious world that it required an extra “Memory Pak” to play it on the Nintendo 64, but in an age of sprawling hundred-hour open-world 3-D RPGs, it all feels a bit quaint. Despite this, Majora’s Mask is still very much worth playing for the modern video game fan, as its understated synchronicity between mechanics and narrative themes has rarely been rivaled in the past 15 years.

To be clear: this isn’t so much a “Best of 2015” list as it is a “What Ink was excited for in 2015” list. Having almost zero time to play games despite having downloaded a few, there were two titles in particular that made me cheer in excitement. 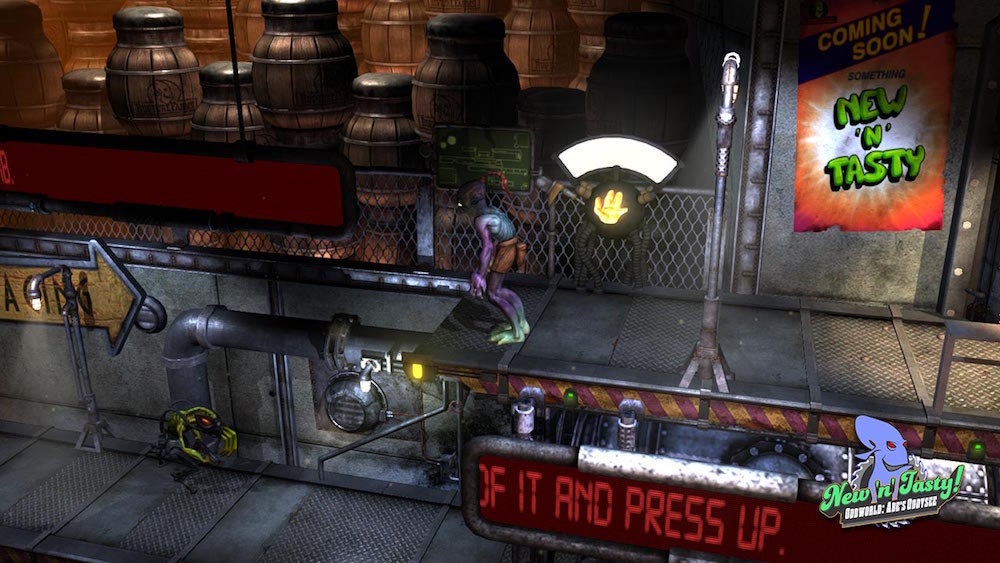 I first played Abe’s Oddysee via a copy that came with a brand new computer that ran Windows 95. I was in my junior year of high school and just discovering my love for English. This first installment in the Oddworld series is a rather amazing one to begin with: a puzzle-platformer with an ecological focus, cut scenes written in rhyme, and an essential gamespeak function. At the time, the graphics seemed amazing, and just about everything was top notch (especially the use of an anti-hero and loads of humor). News of a port went around, but it turned out to be more of a rebuild. From the ground up, this fantastic game was given a glorious graphics facelift and brought to most major consoles as well as Windows. My current computer doesn’t support Steam or requirements to play the reboot, but I’ve watched YouTube videos and drooled … a lot. 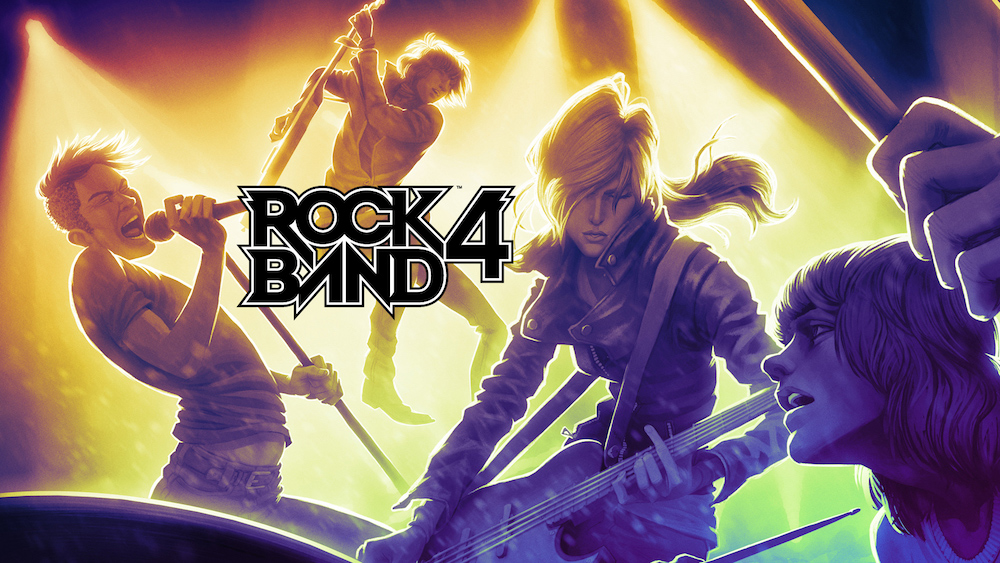 It’s been a long time since the band got together. I lie, of course. Ever since Rock Band came out, I’ve been playing with friends and solo. As my console purchasing stopped with the Xbox 360, however, I can only grow envious of those strumming along to more content than I’m locked into and given the variance certain features — context-sensitive drum fills, vocal “creativity” meters, etc. — provide. This game caters to my love of music, my pretending to play it on “air instruments”/tabletops/steering wheels, and my inability to play actual instruments, so what’s not to love? Oh, they don’t have any Local H songs yet? Well, who knows what might come down the pipes?