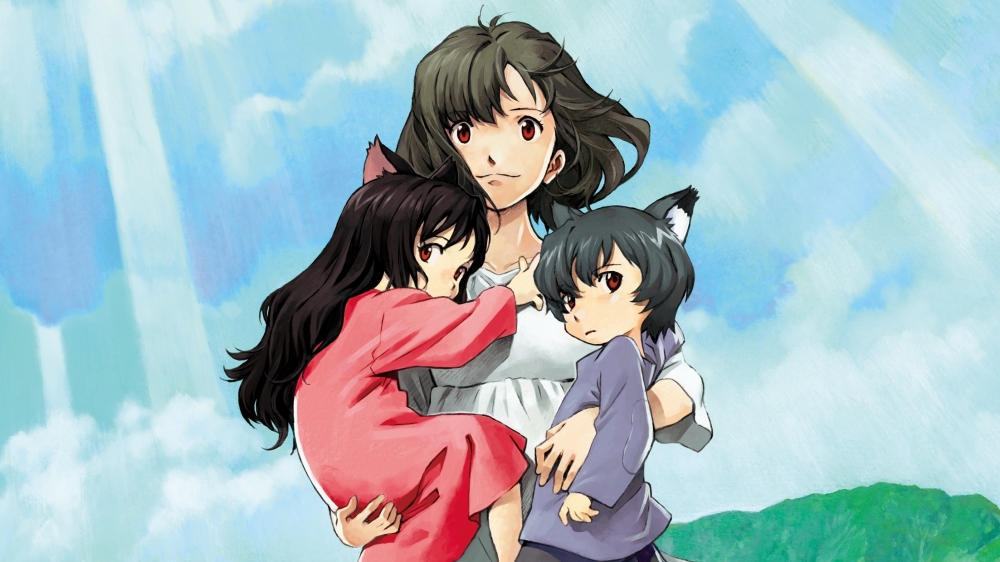 This first title technically came out in Japan in 2012, but its US home video release came in 2013.

Mamoru Hosoda hits home with a story rich in pathos and Japanese culture, but never loses his audience. Wolf Children is a poignant story about a single mother who raises a pair of half-wolf, half-human children and their trials to come to terms with who (and more to the point, what) they are. Few of us were ready to see a film with such a unique and believable dichotomy between the siblings Yuki and Ame, the brother and sister who, as they develop into adulthood, switch their roles very organically. If anyone ever grew up under hardships, with a single mother, or part of an ethnically mixed family, Hana's story will keep you rooting for more mothers to take center stage.

You would think when a family moves to a mountain village to get away from the city that the story is going to become some trite statement about environmentalism. It never does. It's a story about families, the ones we are born with, and the ones we choose. Few people in this film are who they appear on the surface in a very heartfelt and moving way, and fewer end up where you think they will. It's a simple plot ripe with character studies and fluid animation. This is not just a great anime: this is a well-crafted story, a well crafted film, and deserves to be on your list to curb the predictable shonen series you would otherwise be watching.

Wolf Children is available on DVD and Blu-ray from FUNimation.

What do you think? Does Wolf Children deserve its spot as one of the best anime titles of 2013? Let us know in the comments.