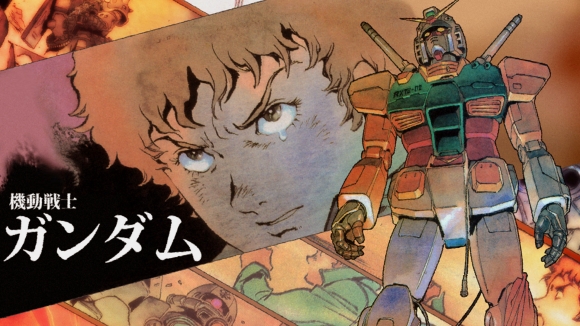 Mobile Suit Gundam as a franchise has always confused me. It’s so labyrinthine and complex, I have always had trouble getting into it. It’s got the following setting (though not always): boy lives on outer space colony world, enemy forces attack his home, kill one of more of his family, he finds or knows about a giant robotic fighter that a person can climb into and control, he does so and destroys the bad guys and joins with the opposing forces to defeat the rest. Drama ensues and most of the cast will die. Imagine having to tackle a franchise like that. Gundam: The Origin Yoshikazu Yasuhiko’s multi-volume retelling of the original 1979 Gundam series in manga form. With the ability to show key scenes from the show in new angles, the author (and original series character designer) has fresh ideas and a fresh audience to bring into the fold. Currently on volume four in English from Vertical Inc., the manga is a fantastic aid for anyone trying to get into the show.

From its slow burn start to its amazing and perfectly timed cliffhangers at the end of each volume, Yasuhiko works hard to make you like his cast or at the very least understand why they are doing what they do. What I especially like is how characters that you didn’t understand the first time around suddenly become a mine of intentions and frailties and make you rethink your previous assumptions about them. Along with that, we have some amazing space vistas and mech fighting action. While each volume is more expensive than most manga, it is worth it. The series is set to run well into 2014 and most likely 2015 so jump in while you can.

Also worth noting: Bright Noa is still a bit of a dick.
Gundam: The Origin is available on Amazon, Right Stuf, and wherever manga is sold.

What do you think? Does Gundam: The Origin deserve its spot as one of the best manga titles of 2013? Let us know in the comments.