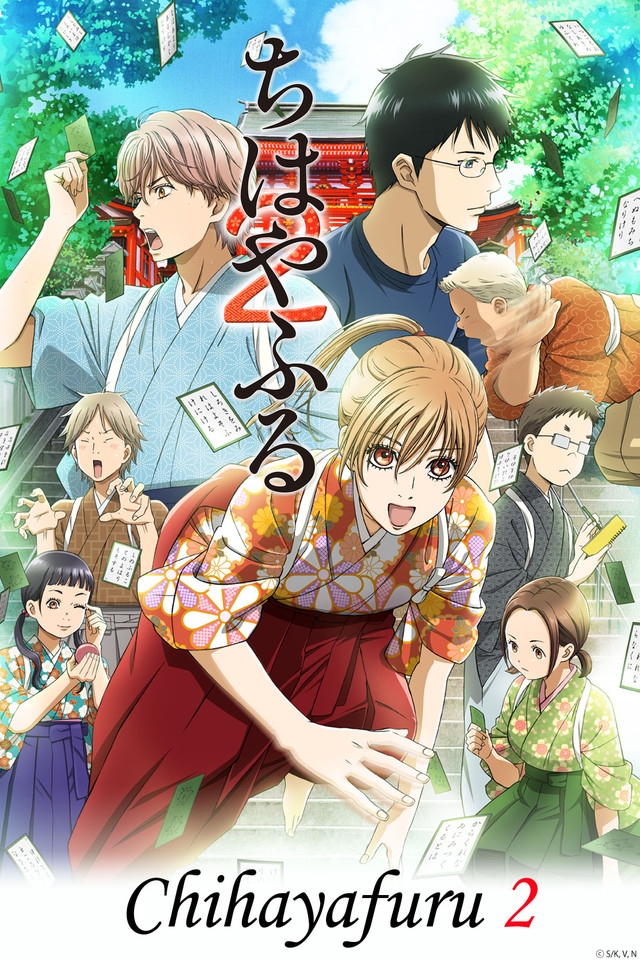 After their previous achievements, which won the respect of their advisor and the student body, Chihaya and crew are back as a full-fledged competitive karuta club with a hard-earned reputation and a daunting new challenge: recruiting more members for something as unpopular as a sport centered around classic poetry. If they can manage to recruit more members, the team must first qualify for the national championship tournament and then (if they’re good enough) compete, together and individually, at Omi Jinju!

I feel kind of off picking a second season as “Best Anime of…,” but there’s good reason(s). Chihayafuru 2 got a lot of flak from fans for not being as ridiculously stupendous as the first season, and I’d agree to some extent. The newness, the novelty, has worn away. We, as an audience, are familiar with the story, the characters, their struggles, and the mechanics of it all. Impressing viewers already experienced in the ways of an established fictional world is a difficult task, especially when the nature of the plot basically equates to a reset button. But with Season 2, Chihayafurumatures an enormous degree and with great subtlety. Character growth is sly, poetry is woven into daily life and matches with more poignancy and to greater effect, and the matches … oh those competitive karuta battles are just top-notch, nail-biting, inter- and intra-personal drama. The focus is on team dynamics and the Team Mizusawa support structure, but there is a placating bit of exploring done with regards to the personalities of the new members—completing the show’s balance with some much needed comedic relief.

Chihayafuru is streaming on Crunchyroll.

What do you think? Does Chihayafuru 2 deserve its spot as one of the best anime titles of 2013? Let us know in the comments.