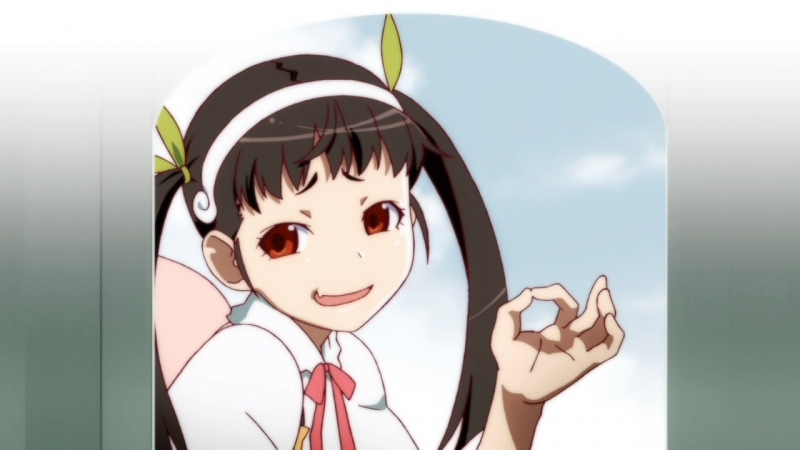 About nine months ago, I posted a review of Nisemonogatari, enjoying it for what it was but writing it off as a misstep in the grander scheme of the -monogatari series. Recently, I’ve rewatched the show and realized I was wrong about almost every criticism I had with the show. It’s easy to disparage Nise for being racy, verbose, self-indulgent, overly-clever, and unfocused, but as deep as the flaws run, there’s a compelling narrative underneath all that smut. Nise played with my expectations, delivering a show that, while not what I was looking for, left me satisfied in every way by the final scene. It’s not a great sell for a show I’m willing to call one of the best I watched in 2012, a year that saw a new Lupin series, the return of Shinichiro Watanabe, and a competent Fate/Zero adaptation, but I want something more than “competent”. Nisemonogatari is an artistic failure next to it’s predecessor, but it’s a fantastic attempt at adapting an unjustly labeled “inferior” story.

Nisemonogatari is currently streaming on Crunchyroll.