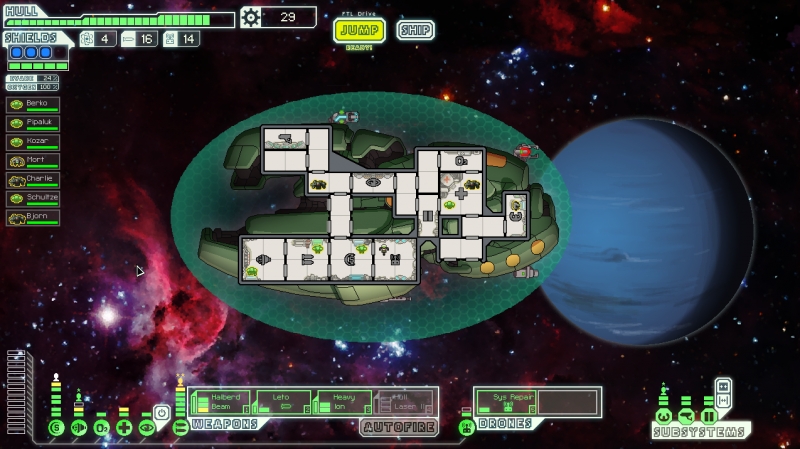 I've filled my Steam Library with dozens of indie games through the Humble Indie Bundles over the past few years, but, ironically, my favorite video game of 2012 is an indie game that’s not part of a Humble Bundle. Plus, it's a game that was funded through a Kickstarter that I never even heard about (which thankfully provides some support for the idea that Kickstarter projects have audiences outside of their initial funders). The game in question is FTL, a "roguelike-like" (see my article on the genre) where you control a spaceship. And by control, I mean "micro-manage the crap out of." FTL is pure resource management, and the resulting experience is no less than sublime. The enemy ship is firing missiles at you? Fire up the defense drone, reroute power to ion cannons to knock out shields, then fire a barrage of lasers at their weapons room! A fire's broken out in the med bay? Open the airlocks to vent oxygen, then send in a repair drone to mitigate the damage! Since every playthrough is randomly generated and you can unlock a variety of ships, FTL provides a wholly different experience every time, requiring new strategies and new priorities. For anyone who has ever enjoyed Star Trek, Battlestar Galactica, Star Wars, or Mass Effect, FTL is an absolute must-play.

FTL is available on Steam and the game's official website (it's on sale as of this writing).