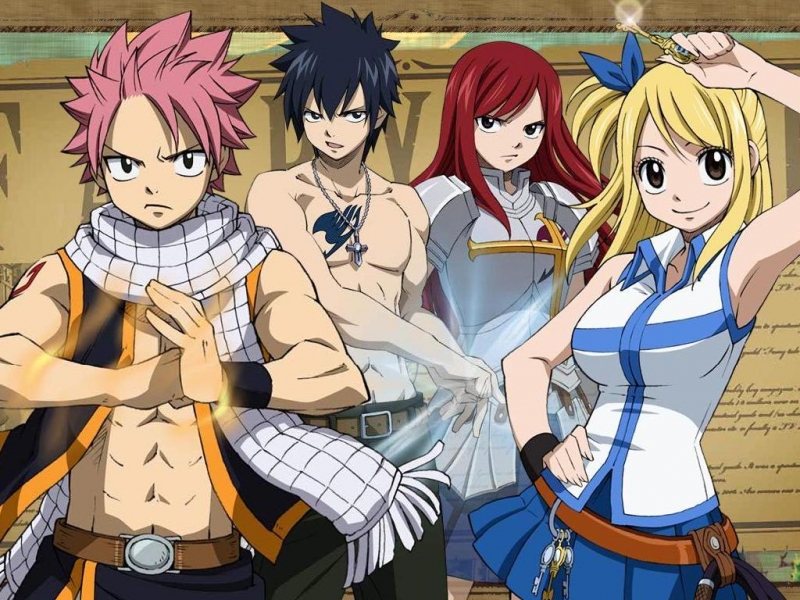 Fairy Tail might sound like a weird choice given the release time (EDITOR'S NOTE: Fairy Tail didn't start this year but it continued its run in 2012) but it really is a great series, defying expectations of being "Dragon Ball with Magic." It's set in the magic world of Fiore with wizards and warlocks, witches and gods, and nary a Boy Who Lived in sight! Natsu and the gang get into all kinds of scrapes from the minor to the world shattering — all of which they take in stride, getting stronger and wiser with every passing day (when I did become my own '80s montage script?). The series revels in the spectacle and drama as every plot, villain, crisis, and place adds another layer of enjoyment while the story arc structure allows newcomers to jump in at any time. Lucy probably didn’t know what she was getting herself into when she hooked up with Natsu, Gray, and Erza but Fairy Tail truly is a concrete series with a great beginning, an open-ended middle and a (hopefully) long, drawn out ending in sight.

Fairy Tail is currently streaming on FUNimation.com and Hulu.