Like our video game list, our manga Staff Picks list is a little sparse, since our contributors didn't read a ton of new manga this year. Below you'll find favorite titles from Ink, Evan, and David (who included a light novel in his list).

To be clear: this isn’t so much a “Best of 2015” list as it is a “What manga Ink read in 2015” list, which is really a stand-in for a “where to get more of that IP which isn’t available in anime form … yet” sort of thing. That said, I did enjoy the following very much. 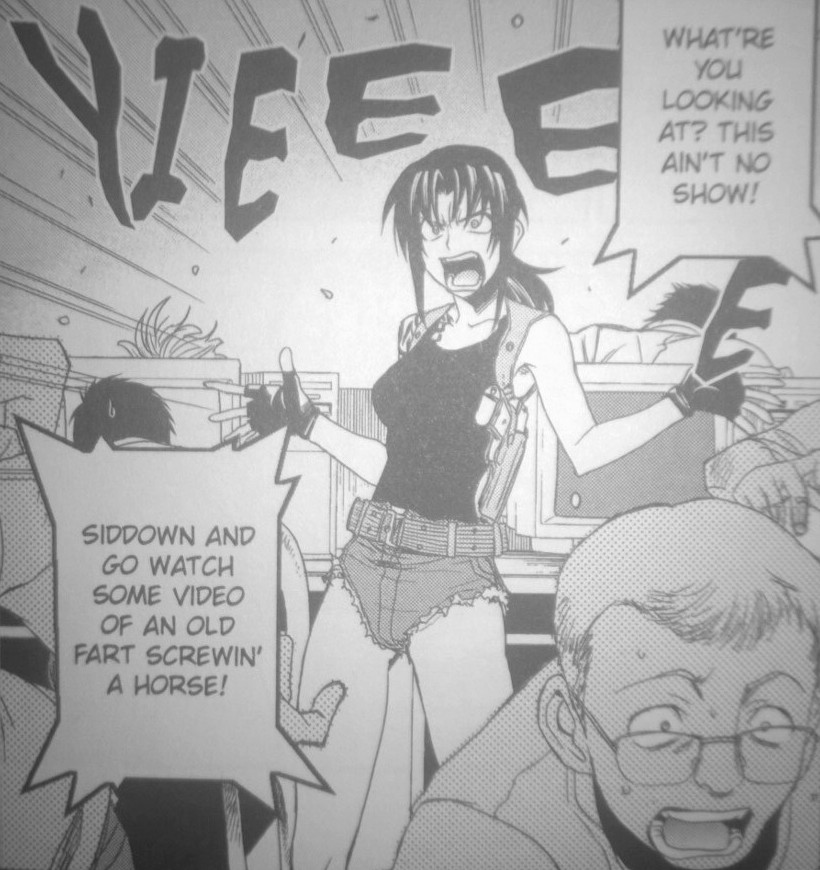 Volume 10 of Rei Hiroe’s ongoing manga about Lagoon Co. introduces Chinese spy/hacker Feng “Violent Spear” Yifei. On the surface, this seems a gutsy re-envisioning of focus for the series. After all, cybercrime is as visually boring as it gets compared to Lagoon’s usual acrobatic bullet ballets. In line with that, the change doesn’t really pay off despite the action and romantic tension formulas remaining largely the same. Still, as this was the first volume I’ve actually read of Black Lagoon (soon to be rectified, I assure you), I am amazed at how closely the anime drew from the character designs, framing, and layout; reading this volume felt like seeing a series of paused frames. Volume 10 represents more of a beloved property I now intend on reading to its end, and I highly look forward to these stories being animated. 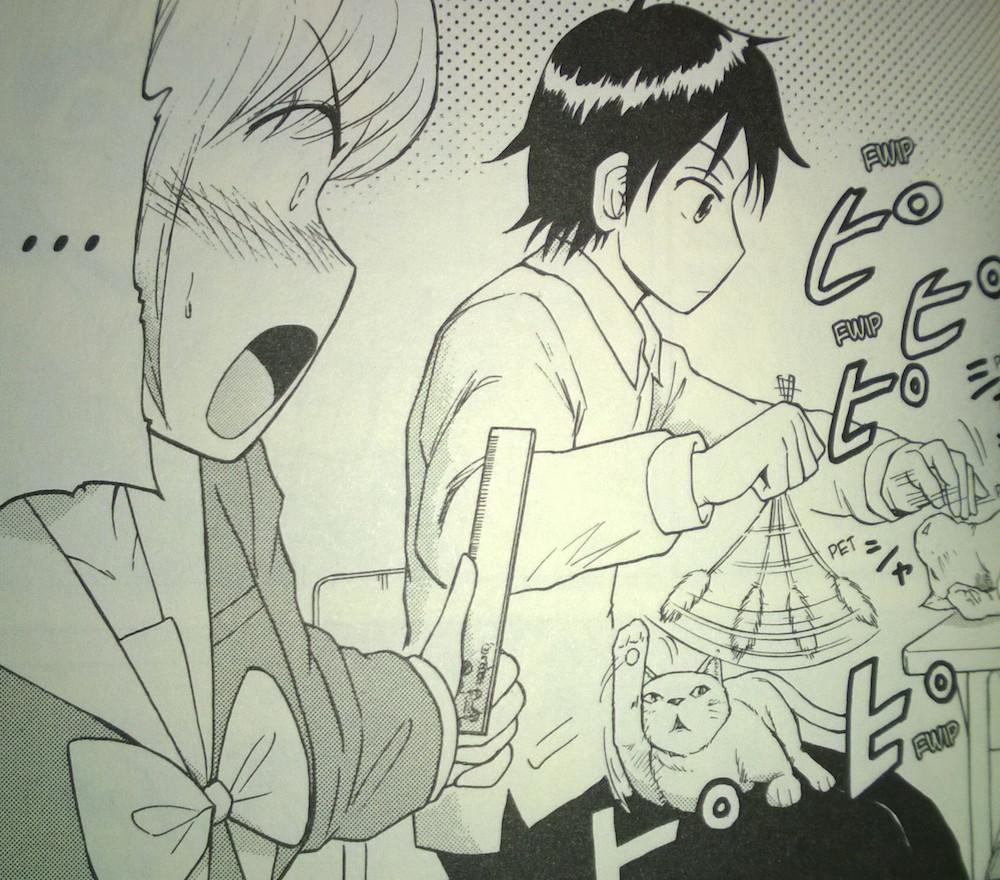 Blessed be Vertical, Inc. for publishing this monument to a class clown and her neighboring classmate (Seki manages to get away with his elaborate buffoonery, while Yokoi's reactions thereto attract the unwanted attention of teachers and students alike). Like Wakako-Zake, the anime adaptation of this property unfortunately stopped long before exhausting the source material. Thankfully, this formal English translation lets fans follow Toshinari Seki’s absurd hijinks and Rumi Yokoi’s equally appropriate reactions throughout many more chapters with absolutely no love lost (save not hearing Kana Hanazawa’s Rumi). The art is generally nothing to write home about but does shine sporadically. The real draw here is how talented Takuma Morishige is in bringing out Rumi’s constant state of flux between being engrossed and appalled. It’s a great manga to pull out any time you need a quick laugh or are looking to feel a little nostalgic for the back row of the classroom. 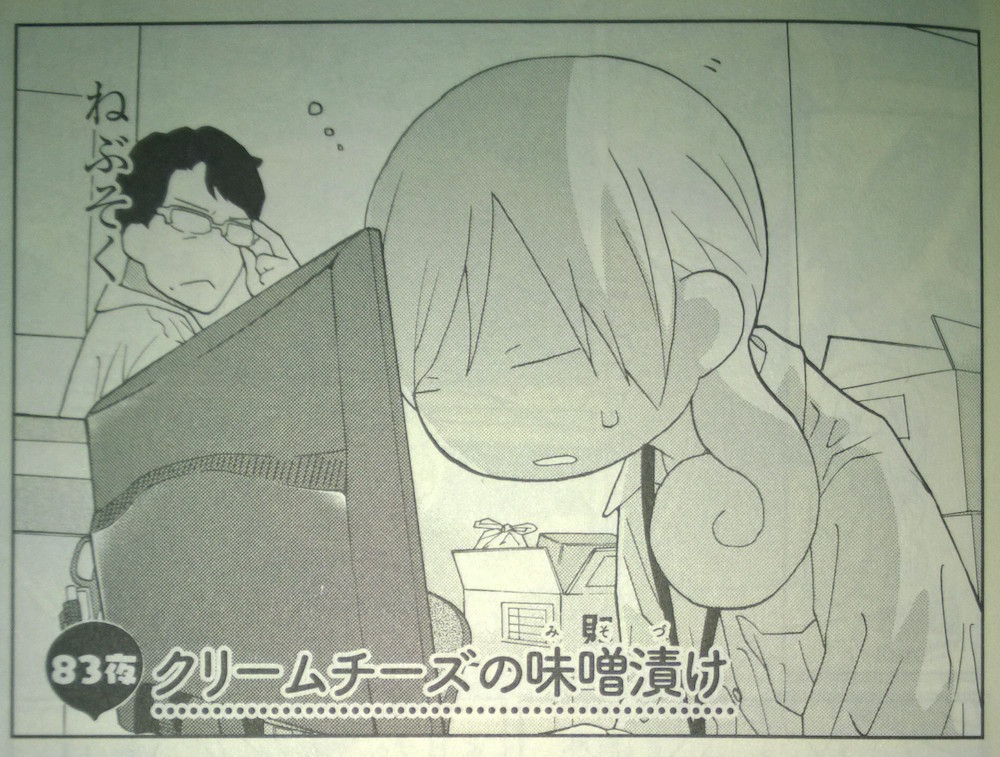 Even though I can’t read Japanese, escapism via food and drink is a universal language. This is why I ordered all four available volumes of Chie Shinkyū’s Wakako-Zake after reading about it in an ANN article and one fruitless year of waiting for a formal translation. As fans of the anime adaptation quickly learned, a single serving is wholly satisfying yet begs subsequent helpings. This is why the manga is invaluable. Reaching up to Chapter 102, Volume 4 of the manga is more of the same: sheer delight. The novel reprisal of Wakako’s inept kouhai, who first appears in Chapter 8 of the first volume (anime Episode 3), is especially satisfying. Like the reprisal chapter, there are a few longer stories that leverage circumstance and atmosphere in this volume compared to the others. There are also more than a few short chapters dedicated solely (maybe) to food; those tend to pass by with admiration only for the art of the food and characters, although there are some nifty uses of perspective and angles throughout too! 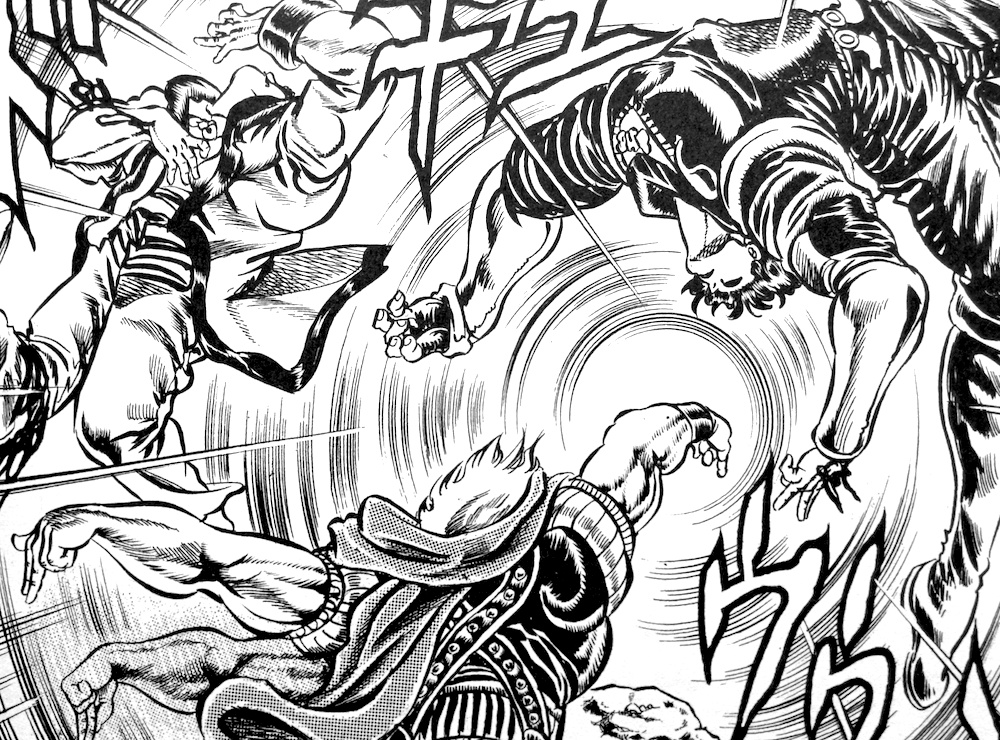 Unfortunately, I didn’t read very much new manga in 2015, so this isn’t a very authoritative selection. But let me tell you: JoJo’s Bizarre Adventure is a treat. Of course, I’m late to the party; JoJo’s has an army of fans who have been raving about it since long before Viz started their beautiful hardcover releases of Part 1 ("Phantom Blood") and Part 2 ("Battle Tendency"). But for those of you who, like me, got their first taste of the solar-powered fisticuffs of JoJo’s Bizarre Adventure via David Production’s anime adaptation, Hirohiko Araki's 1986 manga is absolutely worth your time. I, like most everybody else, prefer "Battle Tendency" over "Phantom Blood," but there’s a special place in my heart for the seemingly oblivious idiocy of Araki’s early work. Bodies twist and stretch in ways no human should, characters spend paragraphs explaining incidental background details of scenes for dramatic effect, and, most importantly, anime’s favorite villain, Dio Brando, is alive and committing gruesome, unsolicited dog murder. By all reasonable criteria, JoJo’s Bizarre Adventure is a bad manga, but its wanton disregard for silly things like logic and anatomy elevates the experience to a special kind of camp. If you try too hard to make sense of it, the whole thing falls apart. So just let the power of hamon flow through your body and laugh along with Araki’s maniacal carnival ride.

I'm cheating here and throwing in a light novel for the manga list. 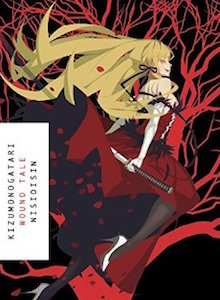 I made my decision long ago to grant my personal “___ of the Year 2015” to the English-language edition of Kizumonogatari, the release of which I’d anticipated more than anything in the category of Anime/Manga/Video Game/Whatever this year, and now that I’ve thoroughly devoured the text, the experience has truly stood above any other media that’s come my way in 2015. Yes, it’s a great story (though I am coming into this with heaps of bias), it still won’t turn anyone on to Monogatari if the TV series didn’t vibe with them, and I won’t make any excuses since this moment in time has clearly been made for me and not for those on the fence about Nisioisin’s sexy yōkai extravaganza. Even so, Kizumonogatari makes the best point of entry for those still curious after all this time. It’s darkly humourous, unabashedly perverse, violent to the point of absurdity, and it remains distinctly human throughout, even as geysers of blood and spinal fluid erupt from the pages. With an equally momentous anime adaptation on the horizon, Kizumonogatari finally gets its chance to shine, a few years late but arriving in style.