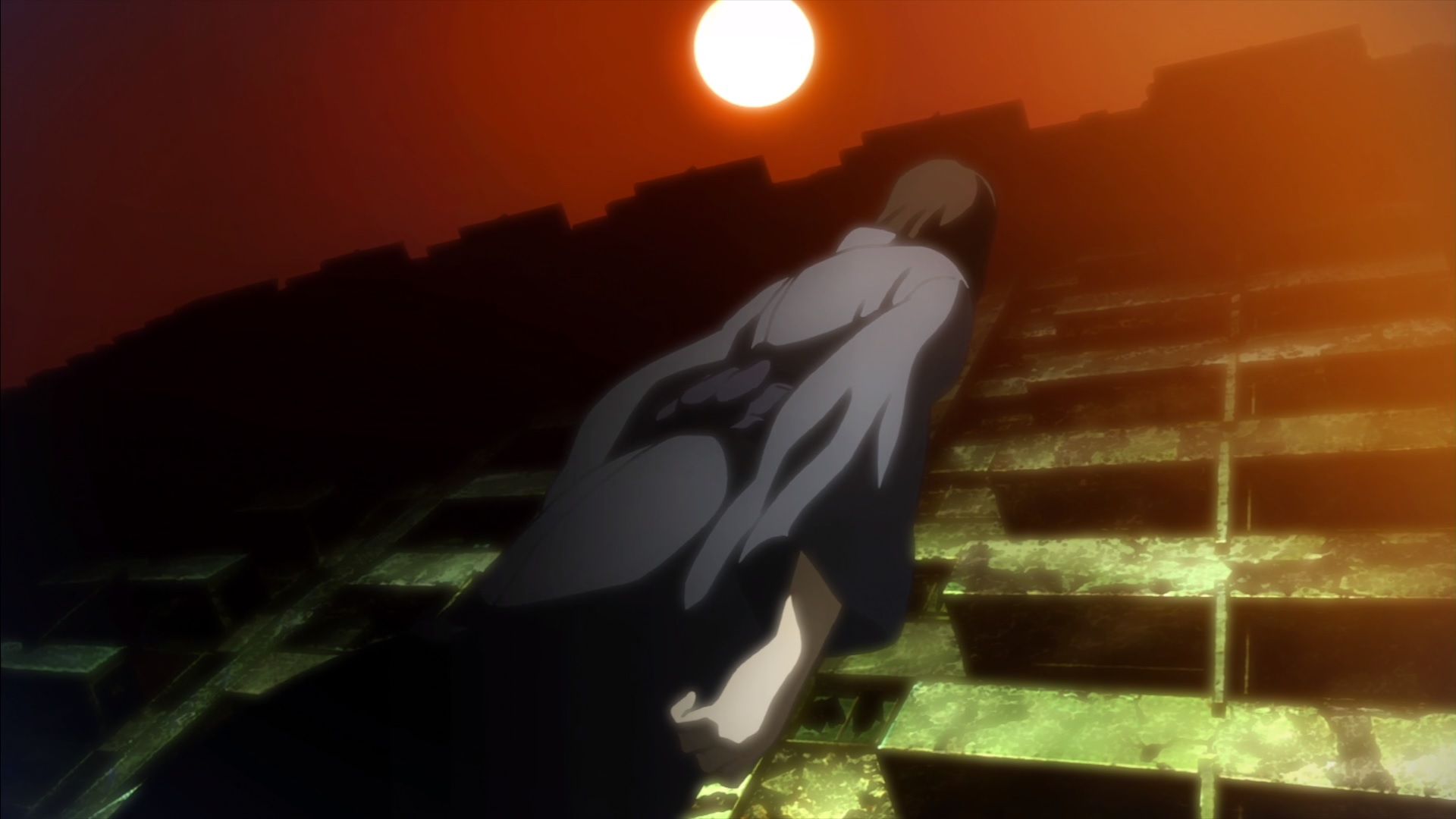 We're doing a Type Moon thing! And who better to help us on our exploration of this very memorable eight-plus-part OVA series about a paranormal investigation agency than Alain/Hisui of Reverse Thieves infamy. After exploring a bit about how this property came to be via the general leanings of its creators, we dive into each of the OVAs as they are presented (non-linearly). Garden of Sinners is currently streaming on Crunchyroll. Additional notes from Saber Fan #1 (aka @hisuiRT) follow the show notes for some more in-depth background that will add a lot more appreciation to the discussion.

A simple timeline of the chronological events of Kara no Kyoukai. If you have a hard time picturing what happened when this helps immensely. It is filled with spoilers BUT it helps reflection on the story after you have seen it immensely.

The History of Kara no Kyoukai is very interesting. The Ufotable movies are not based on the original version but the more refined commercial publication. It is worth noting that Kara no Kyoukai is in many ways the bedrock of the Type-Moon universe. Mahoutsukai no Yoru may have been written before Kara no Kyoukai, Tsukihime might have made them famous, and everything Fate might be what they a most know for now it is worth remembering that Kara no Kyoukai is the first major project Nasu and Takeuchi worked on. It shaped, influenced, and crosses over with much of what would come after it while still being its own work that can stand alone.

The very first version was basically the first 5 stories (Overlooking View through Paradox Spiral) that were released on the web via Nasu and Takeuchi’s shared Takebōki blog. Those chapters were then combined with the final two stories and sold at Comiket 56.

I know this version of Kara no Kyoukai is different from later versions but you really have to be fluent in Japanese to hunt down what those differences are.

Type-Moon was formed after this book was released and eventually they created Tsukihime which was their first big hit. To celebrate the success of Tsukihime they released the Tsukihime PLUS-DISC which was a disc of extra material you could buy alongside the game. One of the extras was the first 4 stories of Kara no Kyoukai. This increased the popularity of the original and the novel was released again at Comiket 61. I’m not sure if this version was different from the Comiket 56 version. I assume there were some small changes but it is another question for someone with Japanese fluency.

After Type-Moon really started blowing up in popularity Kara no Kyoukai was licensed by Kodansha which gave them wider distribution. This is the version the movies and manga are based on.

The Future Gospel material was all written after the initial Kodansha release so that is why they are not part of the original movie materials. There is a story called Final Record which has yet to be adapted into animation. It is a short story with the girls of the Reien Academy and a magical movie projector.

A last little thought experiment for any deep lore nerds. Considering that most of the material about Touko or Aoko mention at least in passing Touko’s fervent desire to defeat and/or kill Aoko all of Garden of Sinner could just be seen as a prelude to a plot centering around Touko building up Shiki’s abilities to unleash her on Aoko, I’m not saying that is what the story is about but it would hardly be out of character for that to be a long-term scheme of Touko’s and would cast all of the series in a very different light.