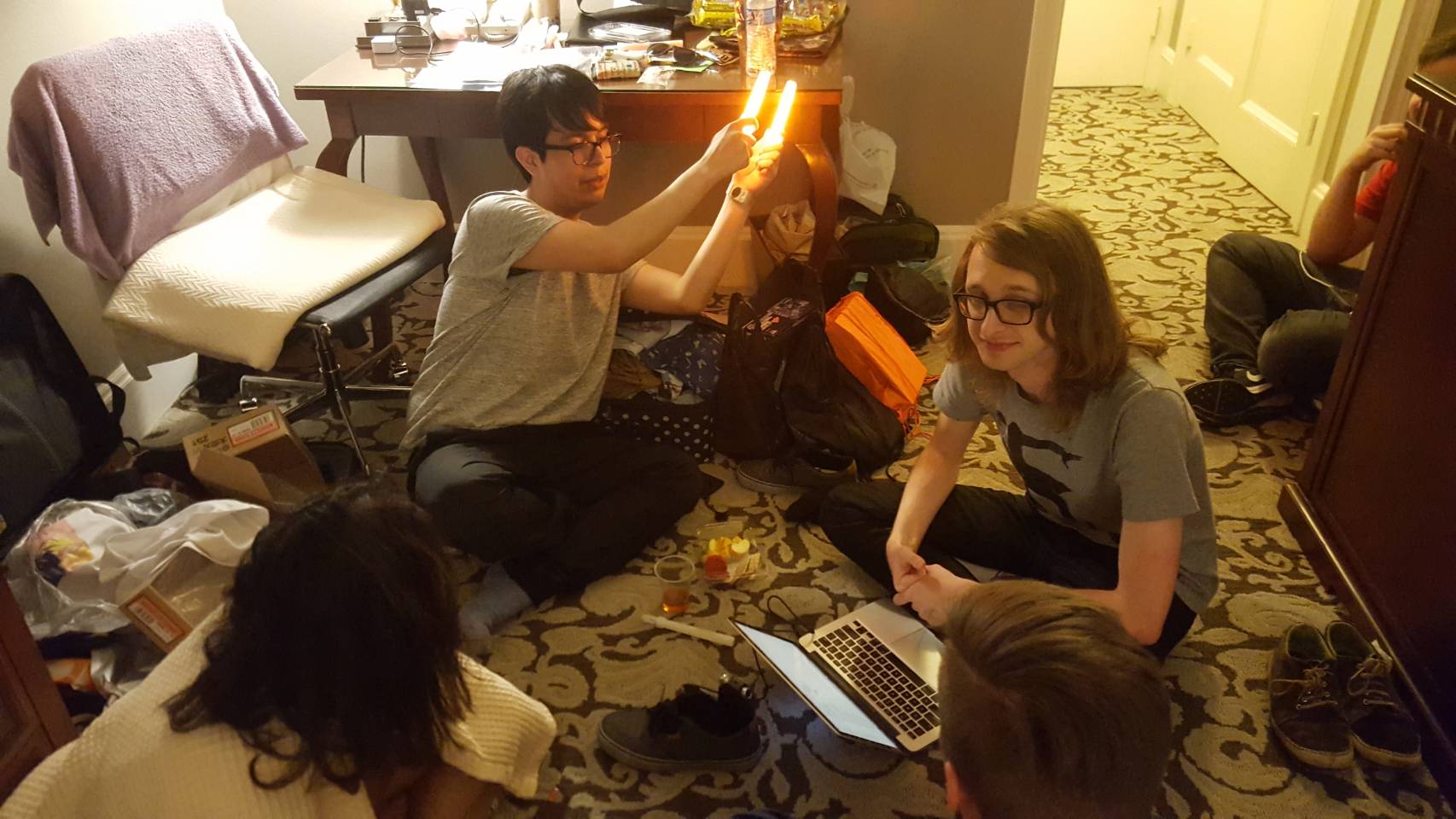 Evan and David were at the same convention and actually carved out some time to podcast together! In this episode, recorded on Saturday night (Day 1) of Anime Expo, the hosts sit down with guests Natasha (of Isn't It Electrifying) and Peter Fobian (of Crunchyroll and Anime Feminist) to discuss the con thus far, including events for Yuri!!! on Ice, Cardcaptor Sakura, and Welcome to the Ballroom. Also the recording was definitely a little ... bad, but we did our best to balance the audio. Topics include: 7-hour lines, Fate/Cartoon Girlfriend, and the Miles Davis of EDM druids.