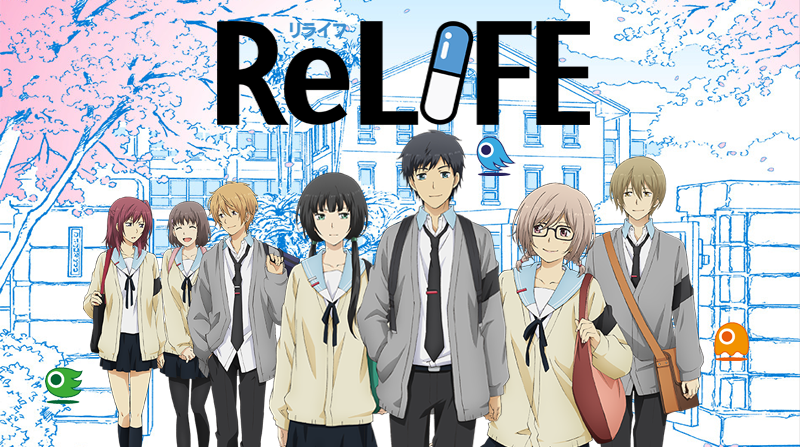 In this episode, Ani-Gamers contributing editor Ink and guest contributor Jared Nelson take over the show to discuss simulcast anime series ReLIFE. David and Evan will be back in two weeks, so in the meantime you can tide yourselves over with two smart guys who don't make jokes about porn video games at every opportunity. Topics include: experimental drugs for desperate losers, underage drinking, and the parallels between ReLIFE and other NEET series like Welcome to the NHK and Eden of the East. Look out for the upcoming second half of the episode, in which Ink and Jared discuss the other anime they've been watching this season.