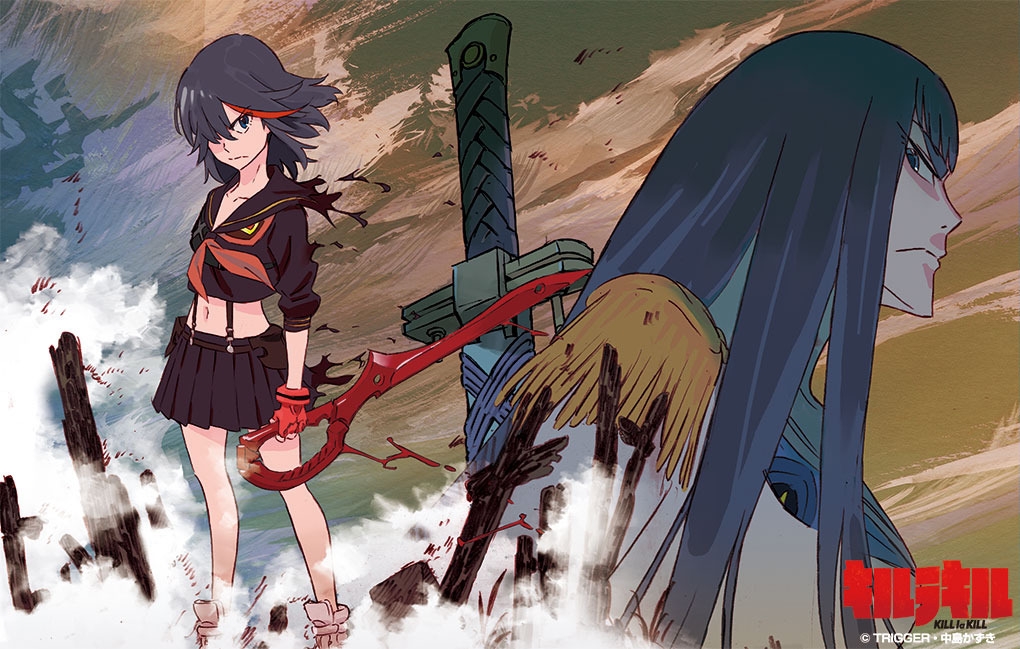 In this episode (our THIRD episode this year — crazy, huh?), Evan, Ink, and David chat about some anime and video games that they've been watching and playing, including the Fall 2013 anime season! Topics include failed superheroes, poorly timed apocalypse stories, interminable space brotherhoods, hyperactive tennis clubs, magical glasses, fascist high schools, frog rappers, and the profound pain of game development. We talk about Kill la Kill for a while, so that's kind of the main topic of this show.

Show notes and links after the break, yo.

[0:05:00] David is watching Valvrave the Liberator Season 2 (Crunchyroll). Here's his review of Season 1.

[0:31:00] And of course, all three of 'em are watching Kill la Kill (Daisuki or Crunchyroll)! You should be watching this show.

[1:00:00] We take an excursion into video game land. Evan is playing AwesomeNauts (Steam and official site).

[1:05:00] David's not playing a game; he's making one! We talk a bit about solo indie game development. Spoiler: it's haaaaaard.

[1:13:00] Ink lets us know about a leak of an Eccentric Family license from NIS America. Turns out it later got announced for real.