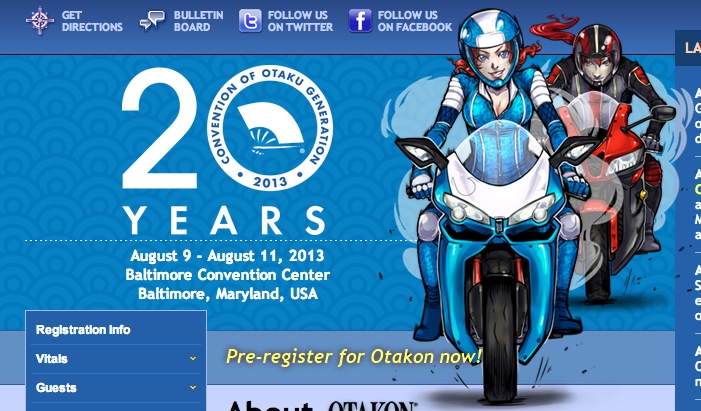 Whoops, I failed to post about Otakon until the day before the con! Anyway, in case you're going to Otakon and still reading blog posts rather than aggressively pregaming for the 20th anniversary of the East Coast's largest anime convention (what are you doing with yourself?), here's the skinny on our Otakon presence. Ink, David, and I will be in attendance, and I'll be on two panels: The Beautiful Backgrounds of Anime and Science in Anime. The first is my background art panel, a spin-off from my character design panel, "The Changing Faces of Anime," and the second is "Science in Anime," a panel proving and disproving science as presented in anime scenes, run by Vinnie Averello of All Geeks Considered and featuring a few of my selections. Those two are back-to-back on Friday night, starting at 4:15 PM with "Beautiful Backgrounds" and continuing at 5:30 with "Science in Anime." Don't miss it!

After the break, Ink has his tentative schedule. I didn't write one up because I have a panel to prepare for and I procrastinated. What? Sue me.