They're the Part 2 of 3 you receive when both bookends are out of print. They’re the discs marked down to $1 during clearance and holiday sales. They're fodder for Ani-Gamers’ new Mystery Box of Misery column, which will appear monthly with three short, context-free reviews of as many blind-box items. Want to join in on the fun? Ani-Gamers Patreon supporters vote via poll to determine who reviews which title. Join us! 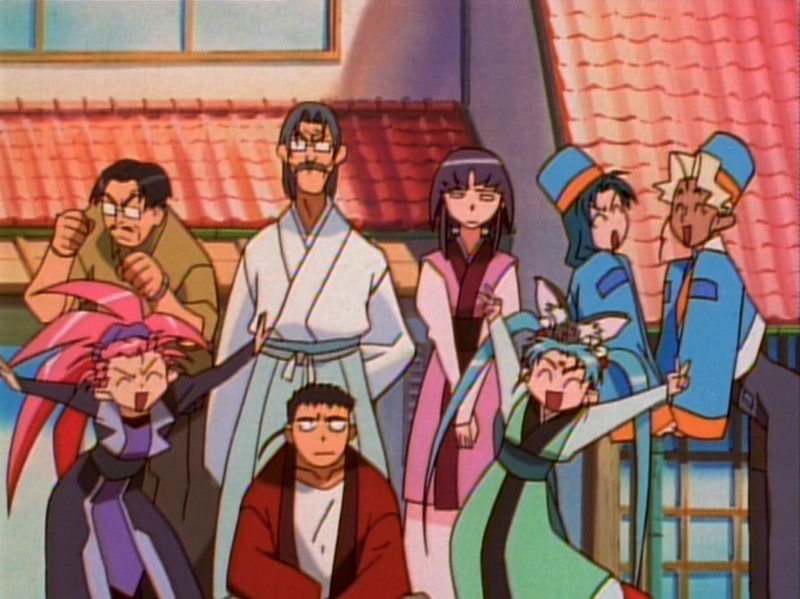 The last time I watched any Tenchi Muyo, I was probably about 12 years old and tuning into Toonami, where multiple versions of the harem franchise aired in English. I don’t think I understood the appeal at the time. ”One guy living with a bunch of anime girls? Who would want that?!” I dreaded watching this DVD nearly as much as our podcast editor, Patrick, relished the fact that I had to watch it.

Thus it brings me no pleasure to report that I enjoyed watching these four episodes. I expected offensive amounts of fanservice, but what I got was a surprisingly funny action-comedy about a bunch of goofy, obnoxious girls and the incredibly dull boy they like for some reason. That’s the trick to a decent harem anime; the girls are the stars of the show, so they’d better have as much personality as the writers can pack into each scene. In the spirit of the column, I didn’t do any research on this so who knows how this plays into Tenchi lore. I just enjoyed watching a few extremely silly comedy vignettes.

Since you’re all going to ask for the best girl: I vaguely remember thinking Washu was cool, and this watch confirms my suspicions. She’s the only one of the main girls who isn’t constantly fawning over Tenchi. Also she’s a mad scientist and mischievous shithead, so thumbs up from me. 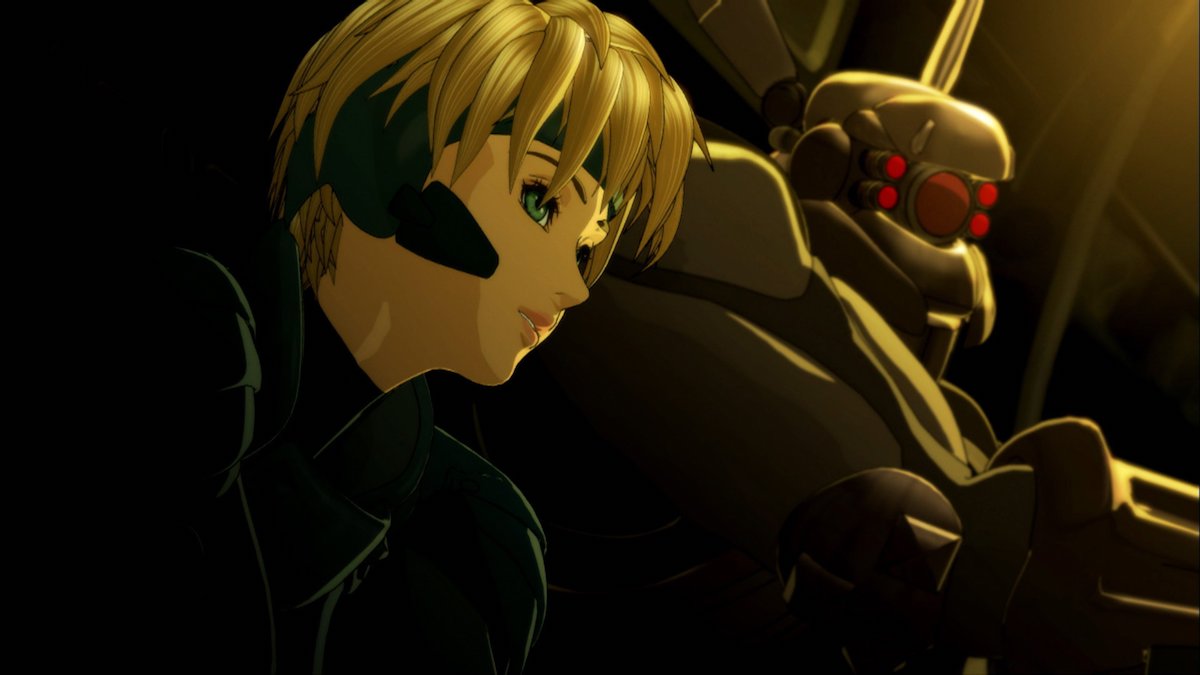 This is one I’ve actually seen before! Thanks to the Mystery Box of Misery, however, I can now replace my basic Appleseed DVD with a nice steelbook … though I’m still not exactly the biggest fan of this movie.

The 2004 Appleseed movie (not to be confused with the 1988 OVA) was patient zero for Shinji Aramaki’s slate of all-CG productions, which now include the likes of Captain Harlock, Ultraman, and Ghost in the Shell. Like most of his modern work, the movie is a mixed bag both in terms of animation and storytelling. Time has not been kind to the 3-D animation, which was impressive in 2004 but now looks like a floaty video game cutscene. I’ve always found its mix of toon shaders and reflective surfaces interesting. By contrast, modern CG anime often goes all-in on toon shaders. Unfortunately Appleseed’s half-anime/half-realistic style only gels in a handful of scenes. The story is overburdened with exposition, talking-head dialogue, and Oshii-esque philosophizing, but some of the more intimate character scenes work nicely. That’s because they’re the few times when Aramaki puts down his fancy new CG toys and shoots a scene conservatively.

Despite all that, the action scenes are fun and well-paced, and most importantly: Deunan Knute and her cyborg boyfriend Briareos make a cute couple. I actually had a good time with this one too.

The Melody of Oblivion Episodes 17–20 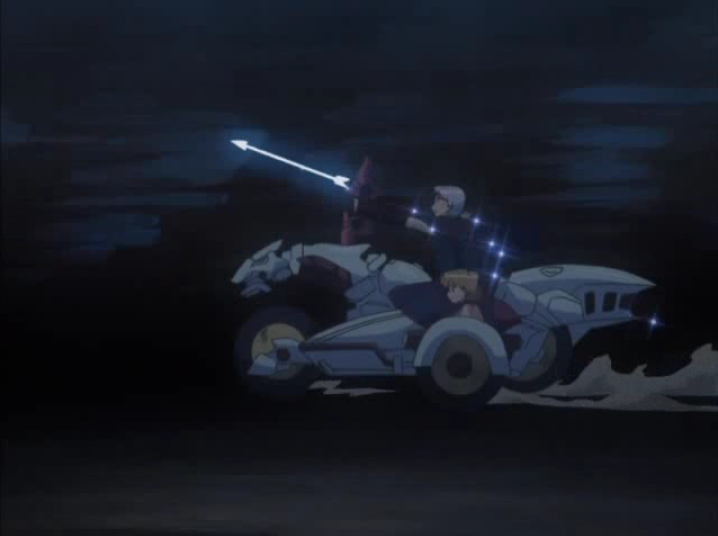 In a bit of good luck for me and bad luck for whoever tried to ruin my day by voting for this show, I missed the infamous cowgirl milking scene by two episodes. That didn’t spare me, however, the experience of watching four episodes of The Melody of Oblivion.

I cannot tell you what this show is about. There are a bunch of kids who shoot arrows and ride motorcycles that are also horses that are also robots that are also boys. The villains are part of the Monster Union (presumably not the good kind of union) and have names like Sir Child Dragon and Millionaire Beaver. I have to assume these things make some amount of sense when you’re not airdropped into the last half of the story.

The only thing I remotely appreciate is a strained romantic subplot between the main boy and girl characters. Any goodwill from that is, of course, blown away by the show’s creepy fanservice. When boys shoot arrows, we get a montage of revving engines on horse-robot-bikes. When girls do it, the rebound bumps into their boobs and makes them cry out in a faux-orgasm. Truly, this is the kind of show this column was made for.

That’s it for the inaugural entry in the Mystery Box of Misery. Tune in next month for more. And patrons, keep an eye on your inbox for the next round of voting, when Ani-Gamers Podcast editor Patrick Sutton will subject himself to your DVD choices!