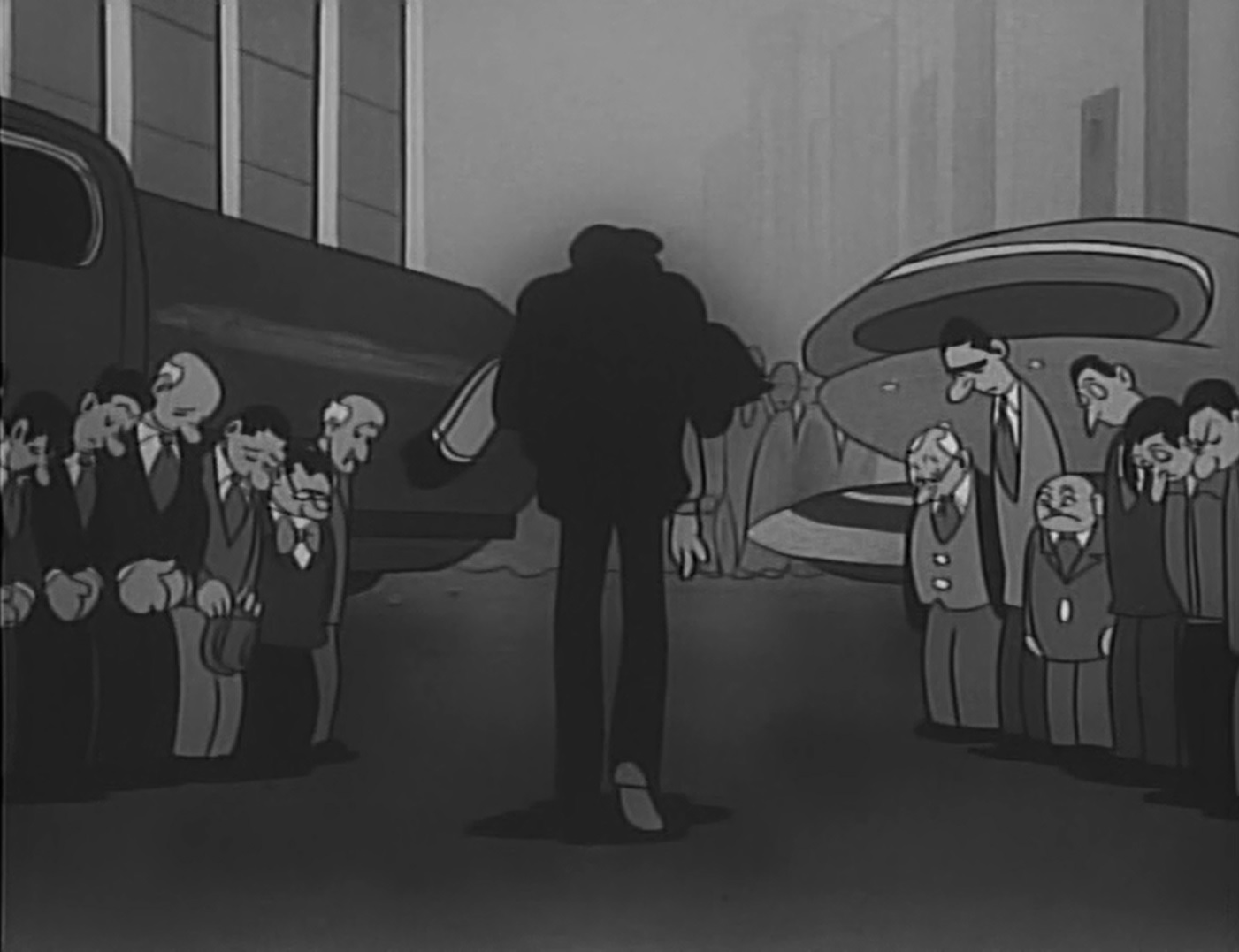 At least it wasn’t a giant robot anime. Going in, I was walloped with the realization that I actually had no clue what the plot of Astro Boy was (or even if it had one). As it turns out, the titular robot is built by a grieving dad turned mad scientist after losing his only son to a car crash on what should have been a “safe as man can make it” automated highway. That is a great hook, and the first episode is one hell of a, if you’ll pardon the tasteless pun, ride.

I realize this is a kids show, but “The Birth of Astro Boy” (Episode 1) would have made a great series in and of itself given the proper breathing room and target audience. Instead, the 20-some-minute origin story augments several tragic story beats with out-of-place (but not unenjoyable) sight gags a la Looney Tunes and an out of tune Frankenstein homage. The backstory also crams in a human trafficking/slavery allegory and nearly completely glosses over a civil rights victory for robots. This is followed by two rather excellent episodes focused on human-robot interaction after the civil rights victory and two episodes of “adventure.” (You’ve already guessed correctly that I favor the former.)

For anyone wondering if their modern anime palate can tolerate animation from 1960s Japan, I wondered the same! To that point, I can only say that if you grew up, like I did, on reruns of Looney Tunes and the ‘60s Spiderman cartoon, the animation will definitely not be a barrier and may even feel familiar. Tezuka’s character designs are both imaginative and easy on the eyes, while backgrounds, ranging from non-existant to minimalist to full and functional, expertly draw attention to characters, object placement, and scene composition. Unfortunately, some fight scenes are disappointingly reduced to a series of stills presented in a quick, logical progression (as if reading a manga) rather than fully animated sequences. Understandable, but lamentable all the same.

Honestly, the first three episodes made me fall in love with certain storytelling choices and visual elements more than the story, and the remaining episodes made the disc very easy to eject after the binging was complete. I’ve wanted to watch at least some Astro Boy for some time now, so thank you to everyone who made me suffer the beginning of this classic. 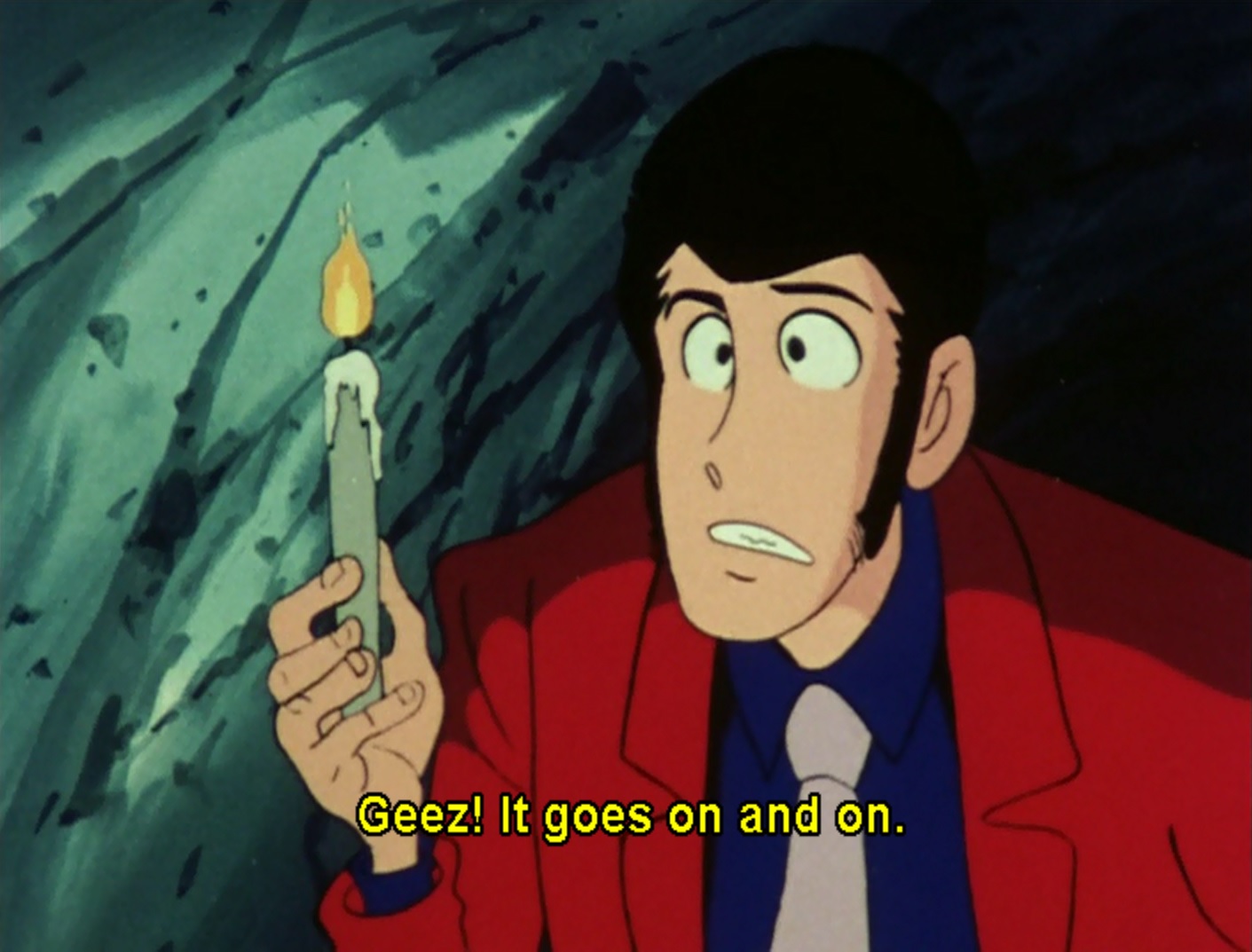 Welcome to Lupin III, where vampires are real, gorillas aren’t, and kite battles are a thing! Full disclosure: this is my first exposure to a Lupin III not directed by Sayo Yamamoto or Takeshi Koike, so I was very happy to sit down with the classic series. After watching it, however, I was happier to have enjoyed the OP five times over and ripped that for eternal enjoyment.

All of the episodes on this disc are grouped under the title, “Royal Scramble,” but each episode seems to be a stand-alone caper. In each, thieves Lupin, Jigen, and Goemon find themselves competing for the treasure of the week at the exact same time (sometimes logically, sometimes inexplicably) as rival thief Fujiko. And under similar circumstances, the same bungling detective (Zenigata) is either assigned to guard the target or called in due to Lupin’s potential presence.

This series, from the episodes I saw, isn’t meant to be meaningful or even logical, and there’s definitely a place for that. Quick visual gags, ridiculous action sequences, exaggerated characters, and groan-inducing puns are genuinely what make the mystery solving and cat-and-mouse shenanigans so enjoyable. But a couple of episodes, literally, are more than enough to sate my appetite for that type of entertainment. One episode does reveal and hinge upon a very small piece of Goemon’s back story and, by doing so, hints that each character along the entire run may be given the same to form some kind of through-plot. But that's not what I'm here for, and I doubt that's what the attraction is for any other fan of this series. Slappin’ OP though. Really. 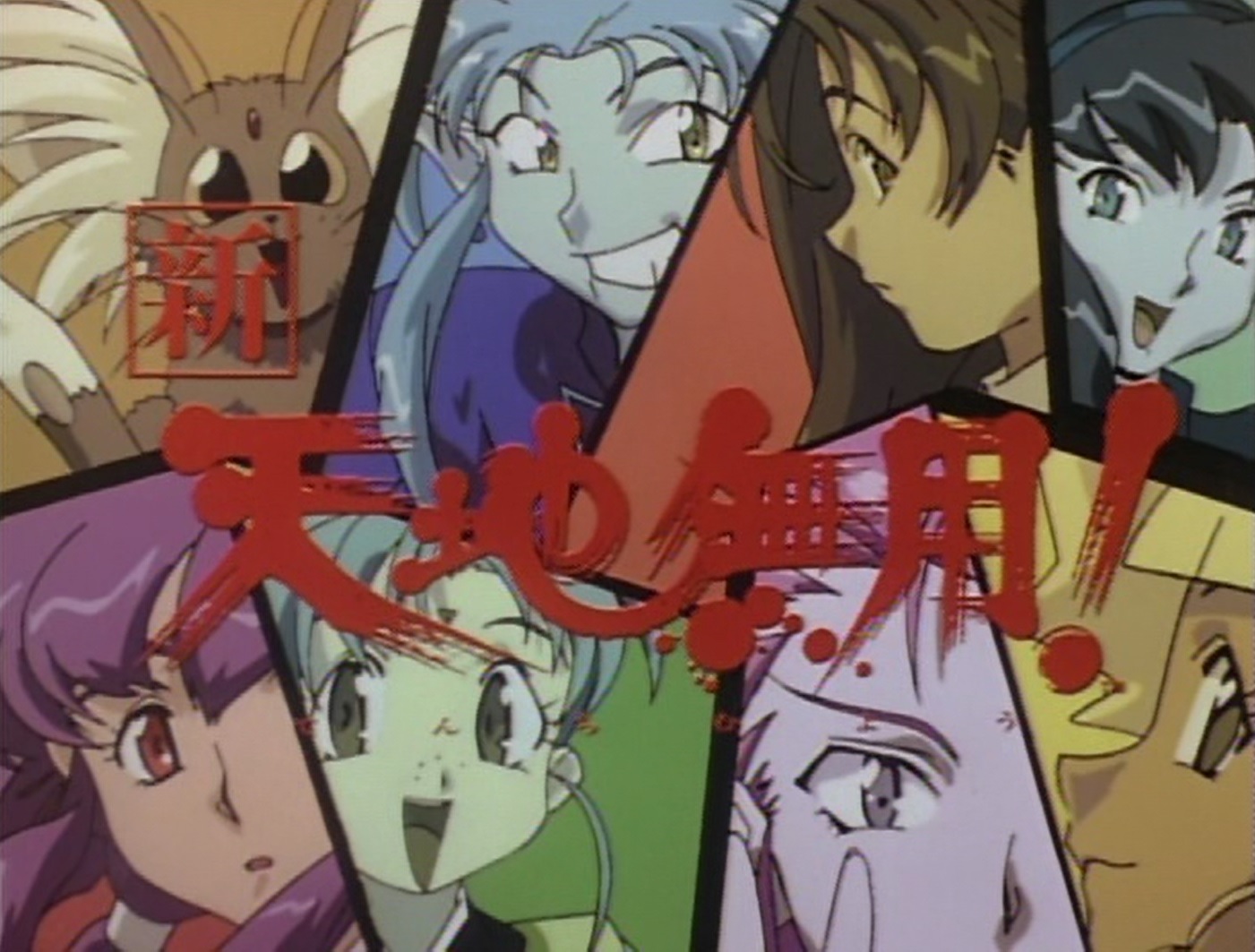 I actually watched the English dub for this (and quite enjoyed it) ages ago on TV, so the Japanese dub was my choice this time around. While I’m certainly no Tenchi fan, I recall fondly Washu’s love of not-Tenchi (science) and Ryoko’s crazy. Twenty-one years later, however, I only really remember that the plot revolves around Tenchi meeting a new girl (Sakuya) while in college in Tokyo.

The first episode on this disc literally starts off with a party celebrating the MC, which seems totally apropos for a harem show but also serves as a flashback episode. In it, Tenchi’s space pals reminisce about the day they met Tenchi when drawn to Earth by his mother’s necklace-sword. The necklace goes missing during the party, and its rescue ultimately reinforces the group’s bond. In turn, this convinces Saukya that Tenchi already has too many girlfriends and doesn’t need another. Doesn’t need another? What kind of show do you think this is, Sakuya?! If the two years mentioned in the episode refers to the preceding Tenchi installments, it’s easy to see why this franchise got tired of pitting the show’s harem members against each other over Tenchi’s affection and brought in Sakuya to stir up stale emotional sediment and place retreads on tired romantic fisticuffs.

There’s an early reference to Ayeka and Ryoko as “Monster Busters,” which I’m pretty sure stems from Yugi (the main antagonist) spawning creatures to do … something … inept … probably. The second episode, with the klutzy discovery of an underground grave linked to an ancient alien prisoner (Yugi...*gasp*), is actually pretty great, while the third episode is a Ryoko fan fest with her basically bullying Tenchi into a day and night on the town in Tokyo. (She looks as classy in that black dress as I remember.) For a random Tenchi disc, you could definitely do worse. The flashback episode intro, the ambiguous intentions of the main antagonist and the lack of silly villains in the second and third episodes, and the down-ending of the third episode make for a pretty entertaining watch for a random disc.