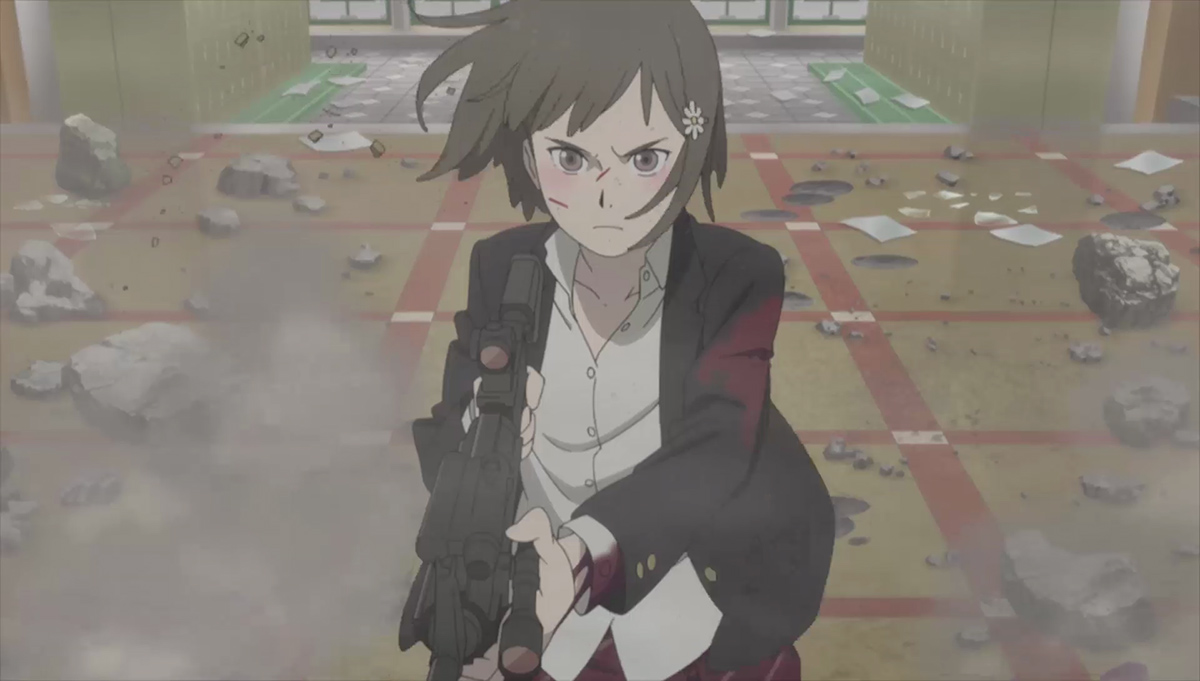 Anime studio Kinema Citrus, formed by ex-BONES and Production I.G staffers, is a relative new kid on the block, with just a handful of titles under their belt — Tokyo Magnitude 8.0, Is the Order a Rabbit?, and Kumamiko among them. But newcomers make good innovators, and Citrus is also the studio behind Under the Dog, the recently released Kickstarter project that attempts to bring old-school sci-fi action back to Japanese animation. We sat down at Otakon 2016 with studio head Muneki Ogasawara to discuss the origins of the studio, work conditions in the anime industry, Under the Dog director Masahiro Ando, and more.

How did Kinema Citrus get started?

To put it very bluntly, the financial and workplace conditions in the Japanese anime industry aren’t the best. For example, we work long hours and overtime. It’s easy to complain about these things, but I thought I’d take it on myself to try to make something better. I think a lot of younger entrepreneurs have similar ideas. 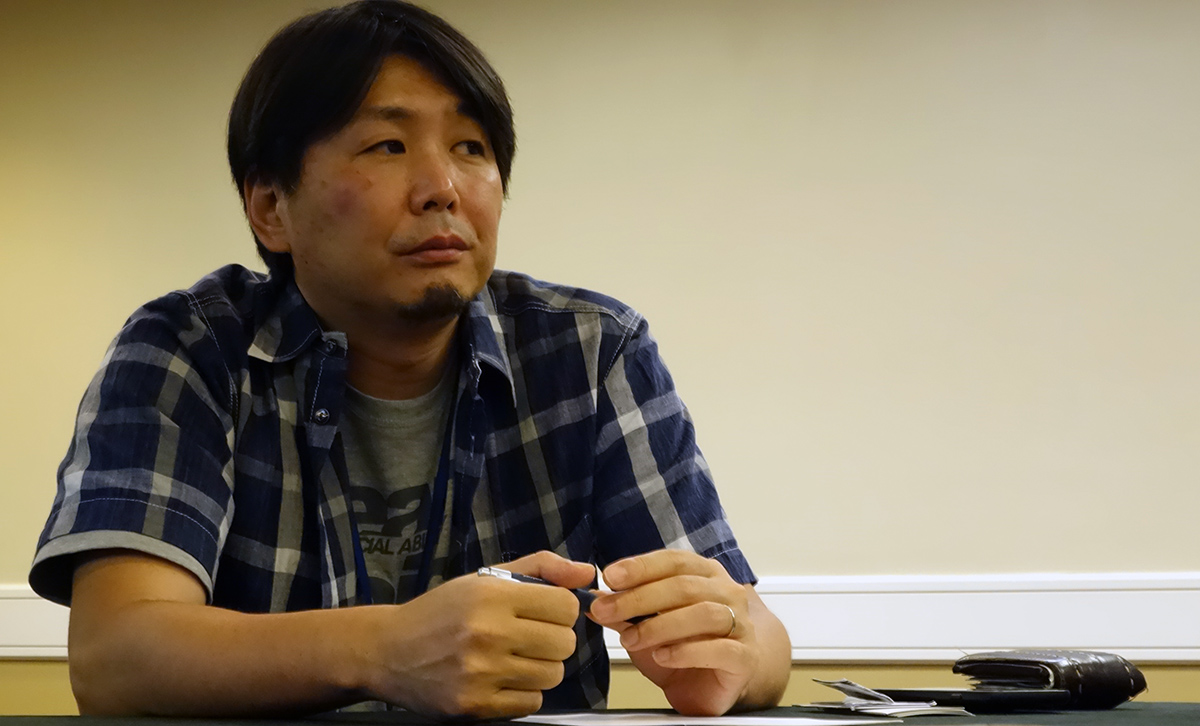 What sort of steps have you taken at Citrus towards that goal?

Making creative works is hard on the staff. We’re trying to improve the work environment by creating better floor arrangements, arranging seats in a certain way, doing things differently with payments, and training new employees in a different manner.

Anime productions don’t really make a lot of money. In that sense, Under the Dog was a very interesting challenge. I’d say that, if you look at the money we received from the Kickstarter backers, we put 110 or even 120% of that towards making a good film, since the Kickstarter money didn’t cover the cost of the entire production. So the question is, how do we market Under the Dog so that it’s profitable, so we can pay back our creators who helped make it?

I know some studios such as Kyoto Animation have mostly in-house staff as opposed to hiring freelancers, and I understand that’s generally better for those staff in terms of pay and job security. Is that something your studio does or is looking to do?

The anime industry is kind of clustered in Tokyo, but it’s not just that. Studios choose their jobs from a roster of requests for things like “an anime with cute girls,” “an anime with robots,” “an anime with lots of violence,” you get the idea. So in that sense, the freelance system is a very functional, very effective system. The KyoAni model that you mentioned, it’s taken them about 35 years to get to that standard. KyoAni used to be a company that just handled ink & paint.

They've been working on training their in-house staff for a very long time. It would be hard for other companies that are not in the center of Tokyo to do something similar without sacrificing quality.

We actually recently made a smaller subsidiary company in Gifu Prefecture called Gift-o'-Animation. We know very well that even if we do our best to nurture that company, it’s not going to be fully fledged anytime soon. On the other hand, if we make a company in Tokyo, that has its difficult points too, like say, getting our hands on a lot of very talented people, because there’s a lot of competition there. So in that sense there are lots of good things and bad things about both being inside Tokyo and being in the outskirts.

Getting our hands on people might be easier outside of Tokyo, but then again there are certain “celebrity” creators inside Tokyo. Both approaches are important. It’s a very difficult issue. I’ve been thinking about it a lot.

On the subject of Under the Dog: did working outside of the production committee system and instead relying on overseas funding from fans free up the creative team to do things that they couldn’t otherwise do?

I do think that, even if it had been a production committee project, there would have been almost nobody who was going to say "this is no good" to stuff that we actually wanted to do.

But then again, it’s not like we’re doing everything as we wanted, because we did get money from the backers. The original work is by Mr. Ishii, but we tried to adapt that story to cater to our backers’ tastes. We thought a lot about how we should go about this, and we were very careful about choosing what cards to play and how to play them.

During the premiere showing here at Otakon, you asked if there was anything we got our inspiration from. We cited western movies and TV, but now that I think about it, I think you may see some Mad Max: Fury Road in there. I think there are some similarities between those kinds of sad and violent stories.

Drawing very violent scenes takes lots of time and effort. Theoretically these should be easy, but they’re not. I don’t know, there seems to be a feeling of a sort of “spiritual training” when animators are drawing these very difficult scenes. It shows in the attention to detail in terms of the military helmets, vests, and such. 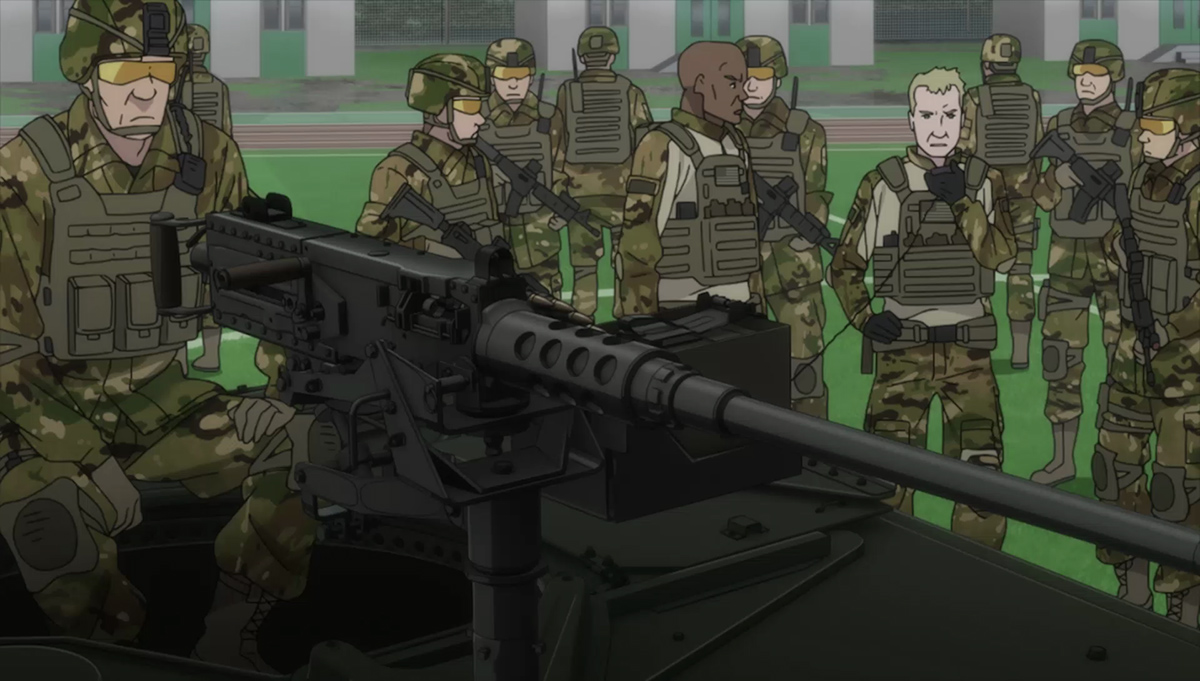 What was it like working with director Masahiro Ando on this project?

I’ve known him for quite a long time. We sometimes worked on the same projects, and we were longtime buddies, but it had been a while since we last worked together. But I remember thinking that he has changed a bit, he’s a bit more stoic now. He used to be an action animator and he was very true to the movements that he wanted to draw, but it seems recently that he’s changed a bit.

I worked with him on the third opening of the first season of Fullmetal Alchemist. But on Under the Dog he was a very different person from back then. He chooses his actions very carefully now, and thinks a lot about the impression that each scene gives the viewers, what kind of techniques we use, that sort of thing. I think he has become more fitting of the title of “director,” as he’s now much more careful and chooses his actions wisely. Of course, there are many styles of directors, but he has gone particularly down the road of this very “stoic” kind of director.

Right now, he has this thing going on where he will think to himself, “What kind of things would this character be thinking?” “How would this character act in this situation?” Of course, as an animator he likes to move things, but he actually controls his urge to add motion if it improves the scene. 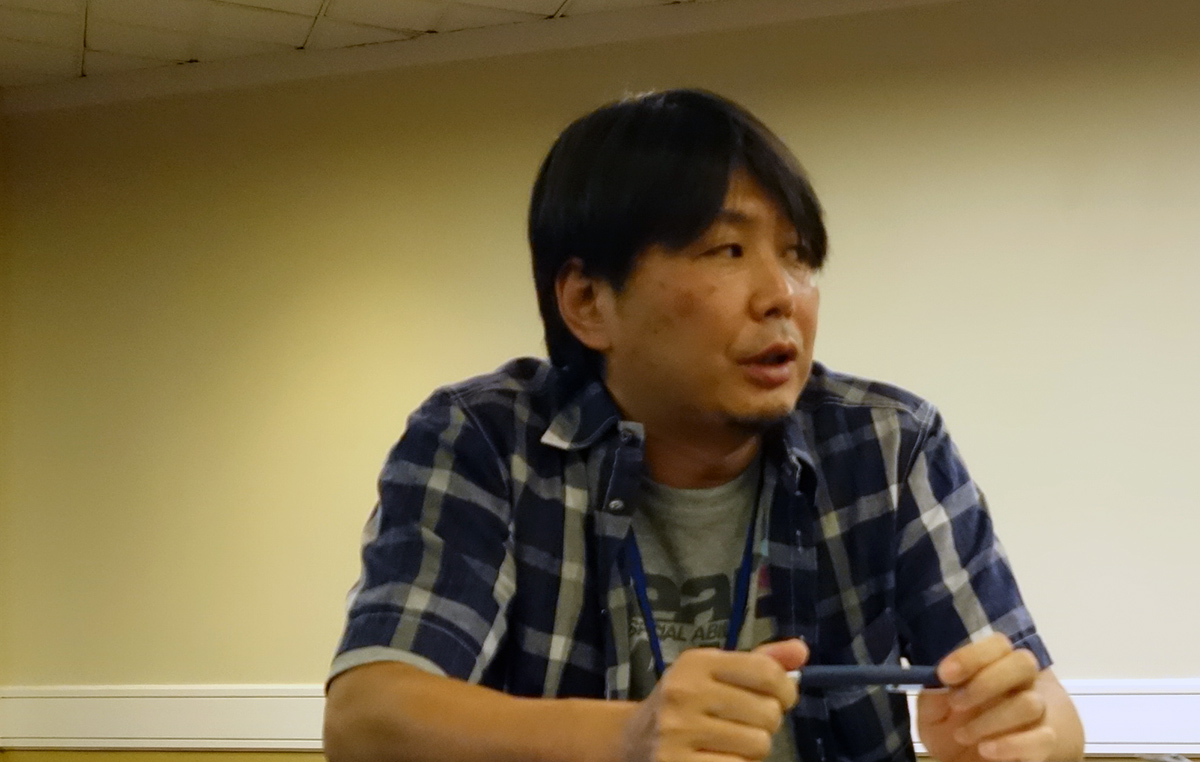 Check out more of our Otakon 2016 coverage here.