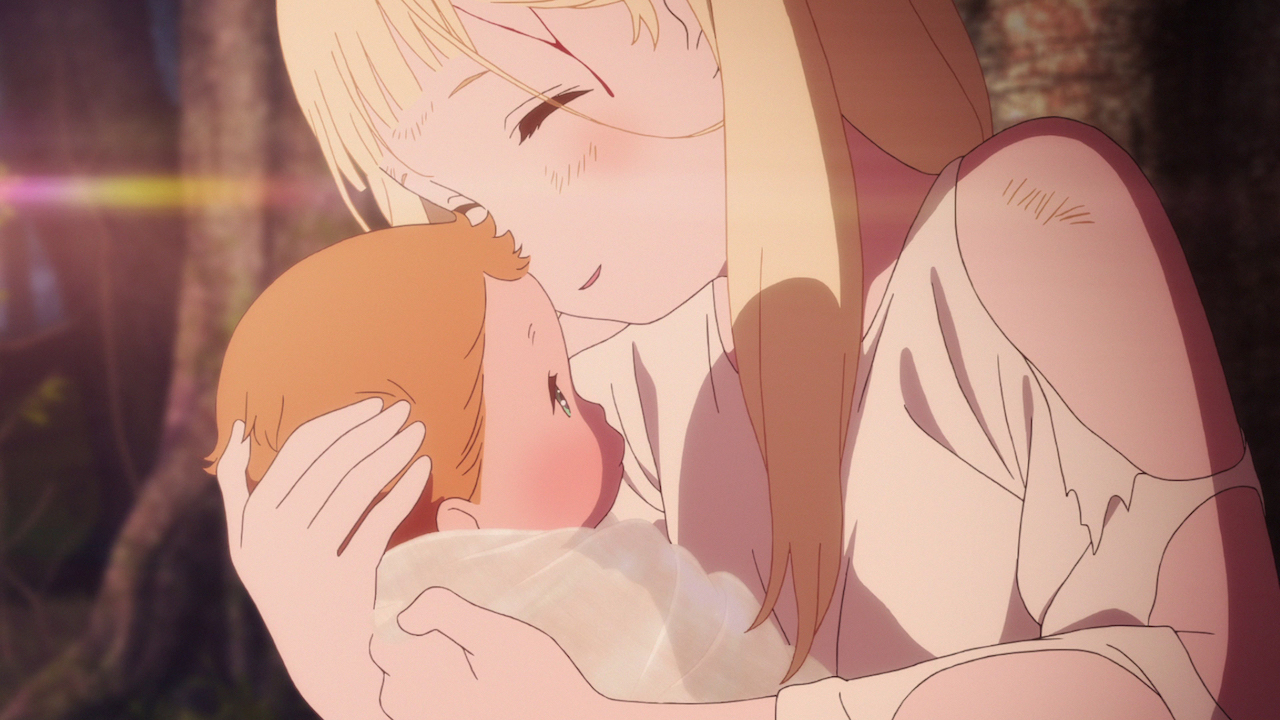 Anime screenwriters rarely get the kind of acclaim and name recognition that directors do. An average fan might know who Hayao Miyazaki (or more recently Sayo Yamamoto) is, but even most hardcore fans can count the screenwriters they know on one hand. The exception is Mari Okada, whose emotionally charged scripts for projects like Anohana: The Flower We Saw That Day and Toradora made her practically a household name. Love her or hate her, people know Mari Okada.

As if that weren’t enough, she’s now a director as well! Okada’s debut film, Maquia: When the Promised Flower Blooms, follows the complex, decades-long bond between a practically immortal woman and her adopted, mortal son. Anime Expo 2018 in Los Angeles hosted the US premiere of the film (which is also showing in select theaters around the US this week), and Okada was at the con alongside P.A. Works president Kenji Horikawa to promote it.

I had the pleasure of sitting down with the two veteran creators to discuss Maquia and their experience at P.A. Works (Anohana, Shirobako). Okada is an absolute delight to speak with; she’s warm and friendly, and punctuates her answers with lots of personal stories. Horikawa is far more reserved, but thoughtful and generous with his answers. It’s clear that both of them care deeply about the stories they tell and have a long history together. In the roughly 20-minute interview, we cover the genesis of Maquia, Okada’s unique approach to directing, and the expressive possibilities afforded by fantasy storytelling. Enjoy! 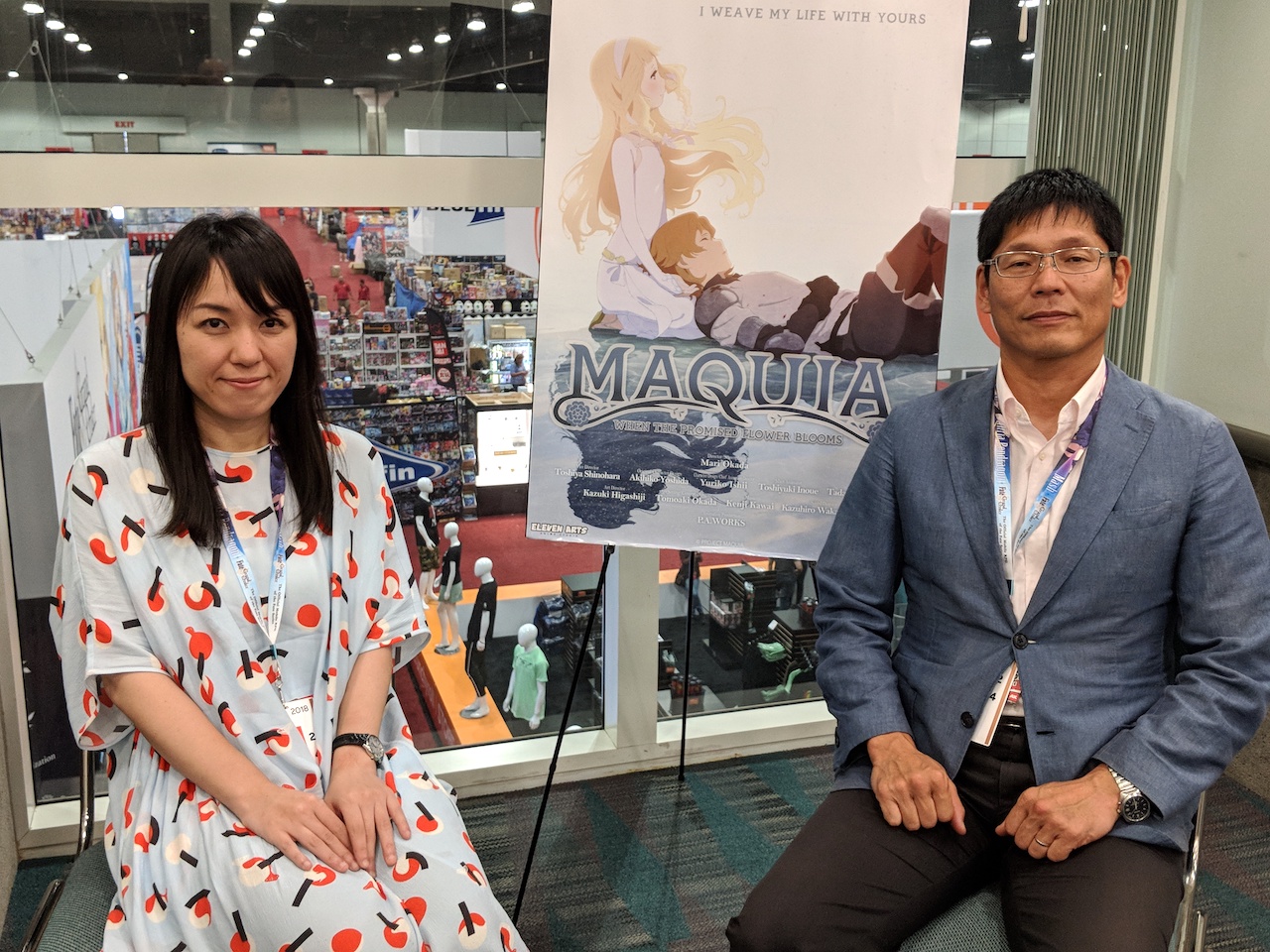 Maquia is the directorial debut for you, Ms. Okada, and the first major original theatrical film from P.A. Works. So how are both of you feeling about the project now that everything's said and done?

Horikawa: I think Mari said this earlier as well, but there are not many opportunities as a production company to make, exactly as you described, an original theatrical anime, and the companies that have been given the opportunity haven't had many good results. But we've been given the opportunity now and we were able to kind of do whatever we wanted and give Mari Okada our 100%. Through this endeavor we want to show the world that this is what P.A. Works can do.

I think writers have a different way of seeing visuals. Getting characters to emote and showing that directly on screen is something that I really was conscious of. Making sure that the visuals were motivated by emotion, not just motivated by making something that looks beautiful.

What is it that gave you the opportunity?

Horikawa: We put a number of our partners and investors together into a production committee, and when we brought them this idea, they were into it.

Okada: If it wasn't P.A. Works, then I don’t think this would have been possible. And there was a rumor running around in the company that Mr. Horikawa was going to leave the production side and be more on the management side of things, since he is the president of the company. It’s rare that the president of a company also actually does physical production of anime.

So we would do meetings and that sort of thing, but there was this worry that he wasn't going to be doing it anymore. I was like, “oh my god am I not going to be able to work with him directly anymore?” I did the series writing for True Tears at a time of big change for me. And I felt like I really wanted to go deep with Mr. Horikawa. So I asked him, “can you give me your last actual self-produced film that we do together?”

Horikawa: No, I gave everything I had to this one! It's not gonna happen.

Okada: I just feel a profound gratitude and just can't thank everyone at P.A. Works enough for making this happen. This has been an amazing experience. 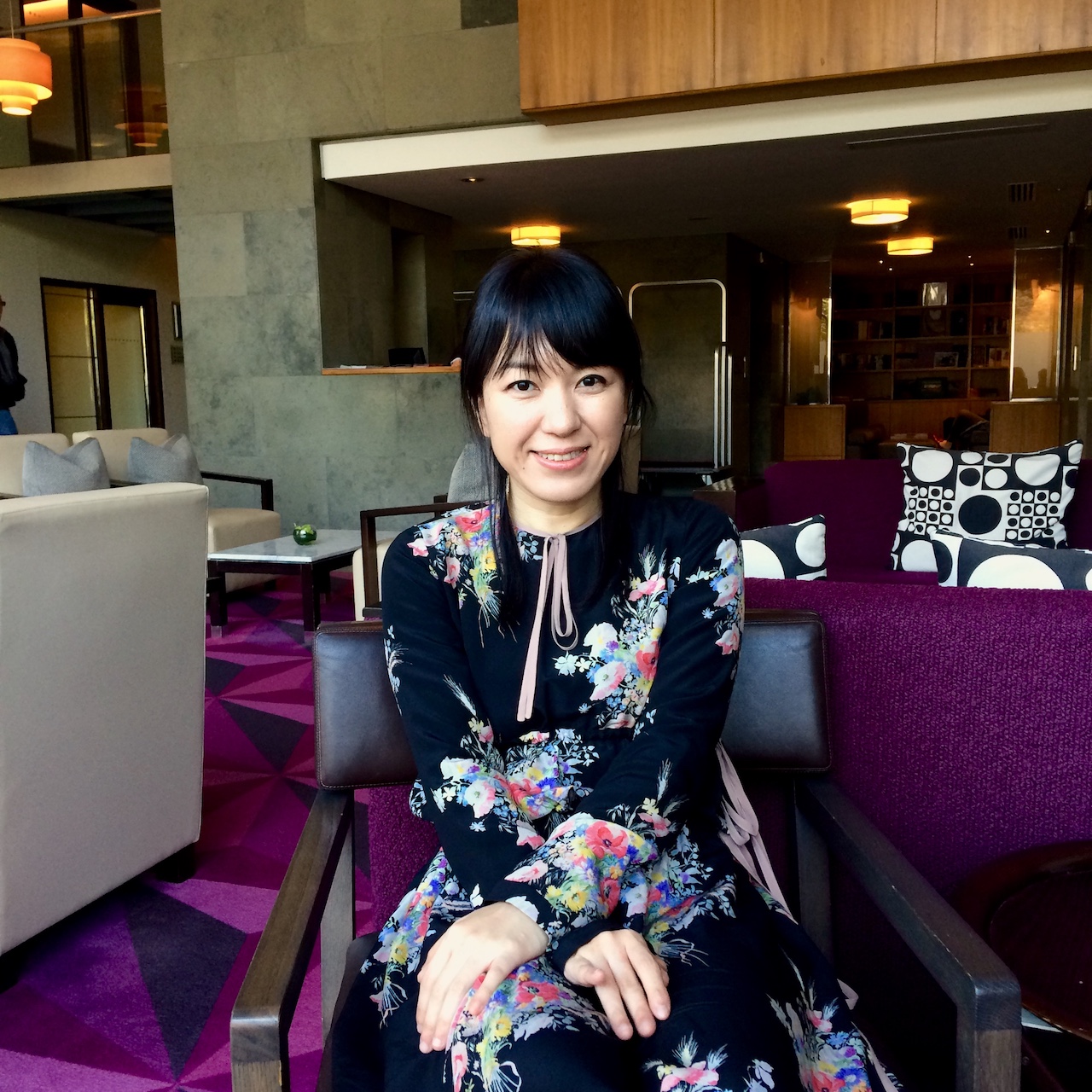 A lot of directors come from animation roles but you came from a writing role. What has that transition been like for you?

Okada: I think writers have a different way of seeing visuals. Getting characters to emote and showing that directly on screen is something that I really was conscious of. Making sure that the visuals were motivated by emotion, not just motivated by making something that looks beautiful. Everything is in that emotional context. I was thinking of the visuals from that perspective.

Do you draw at all?

I drew the storyboards. (laughs) But the animators were sometimes like, "I don't really understand what this is here." (laughs) The main animator, Mr. Inoue, praised me.

Horikawa: Inoue was actually asking her, "would you do the key frames next time?"

Speaking of, what was it like working with Mr. Inoue?

Okada: He's amazing. He's incredible. Not only is he incredible, but he's surrounded by incredible animators. And his drawings have so much life to them, it's like you're looking at an actor on paper. They're really amazing. And he's experienced and highly respected by all the animators around him, but he's still actually really playful and curious about his work. He still has this enjoyment of the work that he does. In his free time he draws, that sort of thing. And he studies hard by studying other painters and artists. I think it's the same with writing where there's a tendency to lose that freshness of interest, but it's not that way with him. I hope I can be like that too.

How do you maintain that freshness in your writing? Are there stories you like to read or watch?

Okada: There have always been visuals that I love in anime and that kind of thing, and rewatching them helps. But the biggest thing for me is feeling moved in real life and closely observing people around me. For instance, Mr. Horikawa: his life drama is really interesting to me. He's a real person so I don't know the ending of his story. It’s like a movie where I don't know what's going to happen next. I like seeing drama around me, so when there was that rumor that he might retire, I would watch him closely and make up scenarios in my head like, "oh he's thinking this or that so he really wants to quit right now." Then I would ask him and he would affirm them. That sort of drama is what keeps it fresh for me.

I feel like there's real emotion that can only be depicted in a fantasy world.

Your screenplays frequently feature young people caught in emotional turmoil and explosive emotional outbursts. Where do those aspects come from? Are they inspired by your own life, people you know, or something else?

Okada: I feel that dramas without words are brilliant. I'm really impressed by them and I think that's something to strive for. I think we use words to get to know each other better. And that I think is a really elemental thing that's beautiful about humans. You can respect others and still throw your words at them. You expressed it as emotions “exploding.” Yes, that's true, but it's because they want to be closer to that person that they're exploding at. They want them to see a side of them that maybe they hadn't until then.

The art director Mr. Higashiji and I had some experiences during the production where we really exploded at each other and fought. But he always says, “well, to make something great you have to go through a few fights. So let's start off with a fight, you guys.” He wanted to get all tough. I didn't necessarily want to fight, but it was using emotion to throw words at each other. I think that’s definitely an important thing in real life and in these stories. 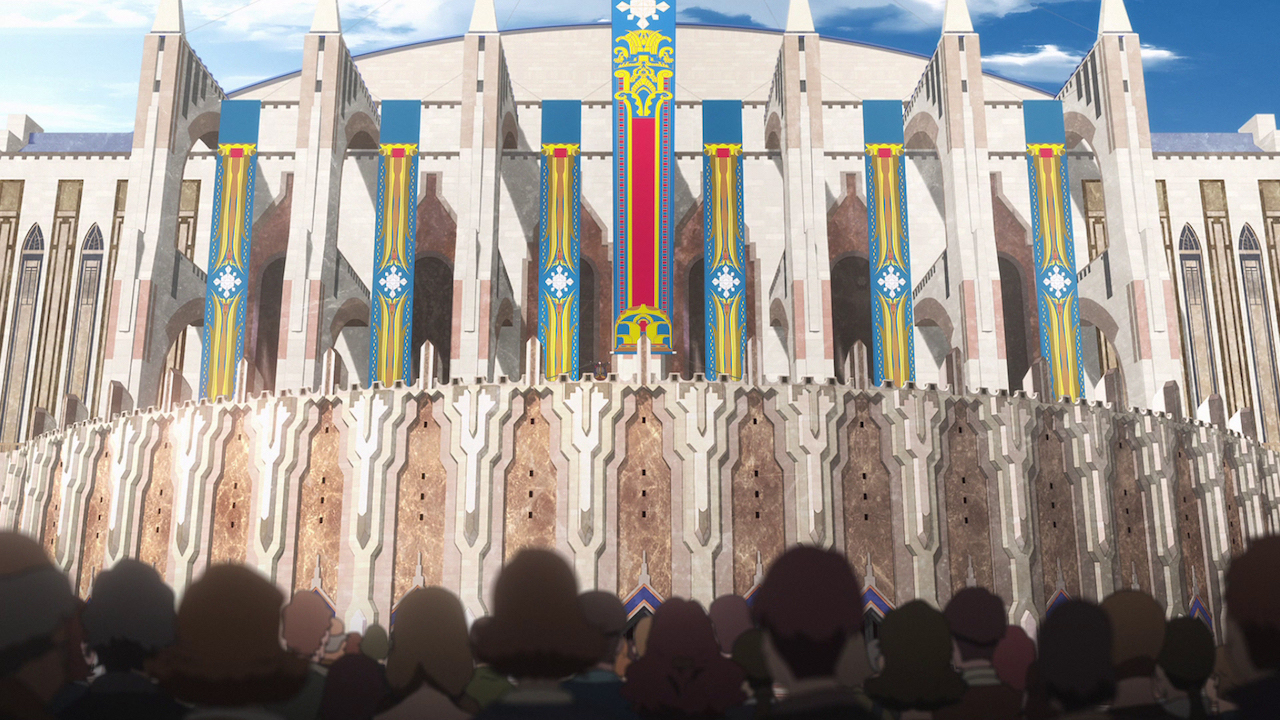 A lot of P.A. Works shows take place in the real world, but Maquia takes place entirely in a fantasy world. What challenges were there in depicting that fictional world?

Horikawa: We have these image boards that we create, these conceptual boards. If it was a story based in the real world, then we would have images that we could reference easily and use in our image boards, but in this fantasy world everything has to be created from zero. There aren't a ton of artists in Japan that can create a world that really has an impact, that really leaves an impression on people, and so I feel that we really spent the right amount of time on making the image boards. We spent a few years doing that. I think thanks to that we had a solid foundation and were able to make a really good film.

Okada: With Maquia and Arial, I feel like there's real emotion that can only be depicted in a fantasy world. And with Leilia and Clear, their relationship and their story is really raw — maybe a little too raw — but in this fantasy world it really works. I think it helps you see what it is that people really want to say. I intentionally picked a fantasy world because of that.