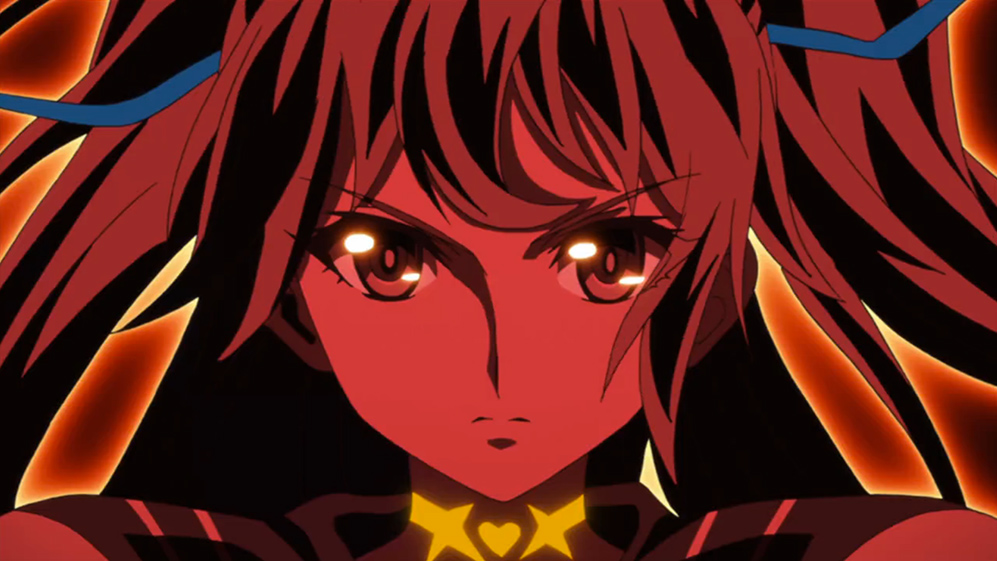 I make no secret of my low opinion of harem anime. But harem anime is still anime, and that means there is an army of talented artists behind every production, toiling away to bring its characters to life while receiving very little in the way of recognition from anime critics. Yoshihiro Watanabe (not to be confused with coordinator/translator of the same name who works with P.A. Works and MAPPA) is one of the more successful modern artists in the genre, with credits for character designs on series like The Testament of Sister New Devil, Haganai, and Heaven's Lost Property, and a long career of key animation and mechanical design work on series like Silent Möbius, DearS, and Minami-ke. Outside of his anime industry work, Watanabe designs and illustrates for adult games under the name Moo°C Dan (pronounced “mood-dan”). 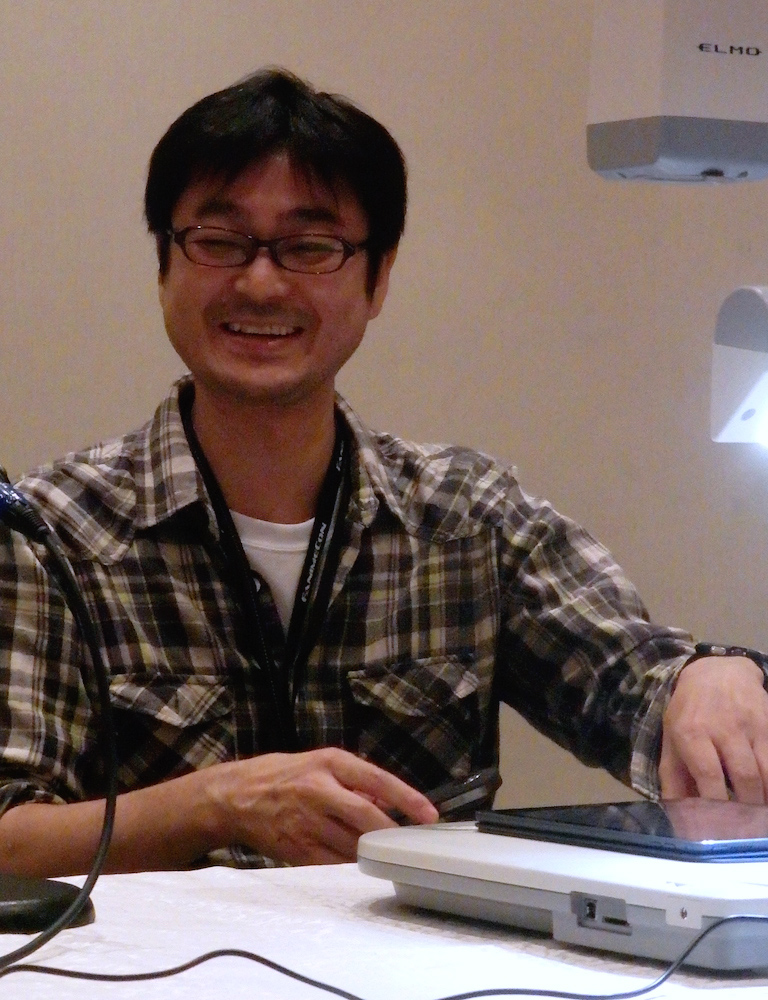 You listed some of the anime that got you interested in being an animator in your con book description, but I’d love more detail about how you found your interest in animating.

When I was little I really liked drawing and watched a lot of animation and kind of vaguely thought it’d be nice one day if I could do this as a career. And in high school, in Japan you have to decide what you’re going to do — you have to write down what your plans are for the future. I didn’t really like studying, so I decided to pursue a career in the animation industry and I went to school for that, and it kind of went from there. As for the specific shows: Yamato, Urusei Yatsura, Maison Ikkoku, and Sunrise anime (Gundam, Ideon, Xabungle, Dunbine, L-Gaim).

What was it like when you first worked on a Gundam show? Was that a really special experience?

Studio Sunrise is located in Kami-Igusa. At the time, I was working at Sunshine Corporation, a subcontractor company for TMS. I wasn’t part of Sunrise but both studios were in the same location. But I really wanted to work on Gundam! So I kind of was like “ahh!” I was working on another series called Red Baron.

Outside of anime, were you at all influenced by any non-Japanese or non-animation films?

Of course Star Wars. Tim Burton movies, Nightmare, special effects movies, Lucasfilm, Spielberg, The Goonies. They showed them on TV, so you didn’t even have to go to the theater. So I watched them and I thought “this type of work is very interesting."

You work on a lot of “harem” shows: series with a lot of girls and one guy. Do you personally enjoy watching those shows? Is that an interest you had before you worked on them?

I didn’t especially focus on them, but for example, I did like Rumiko Takahashi’s Urusei Yatsura. I watched a good mix. A lot of them were robot anime. Right around middle school I liked Cream Lemon.

I listened to the late-night radio program. I didn't know it was an adult anime! I wanted to watch it, but it was limited to 18 and up so I wasn’t able to watch it as a middle schooler, but I was able to watch Project A-ko. That was open to all audiences. That was the first time I saw Ami-chan moving. I could see the pictures before, but to see her moving, that was special. 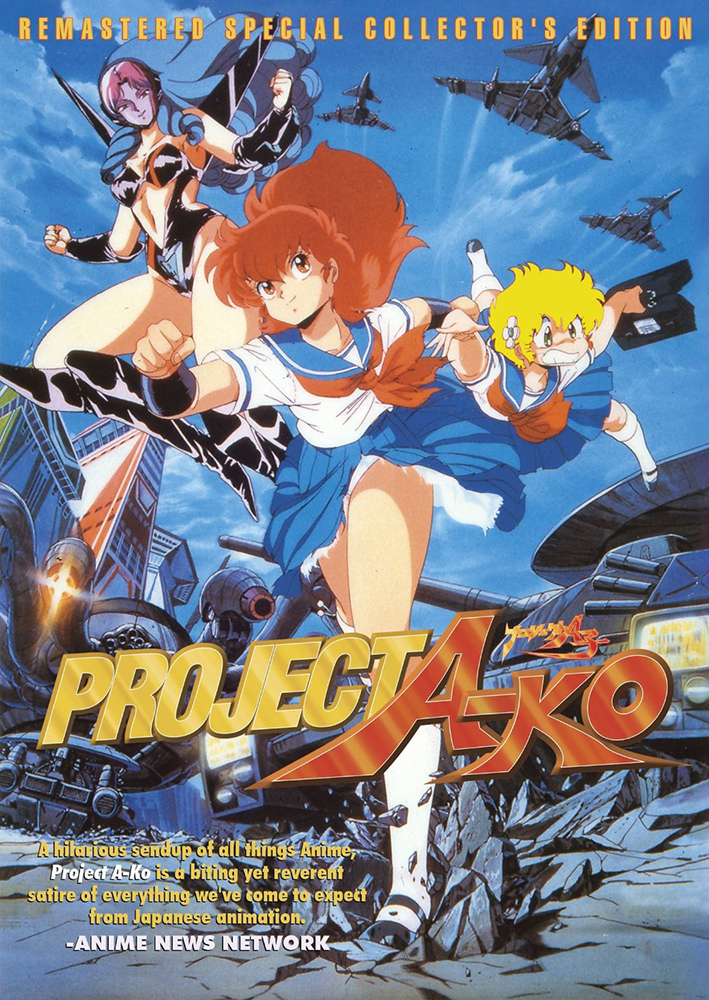 Speaking of harem shows, because they often have a variety of female characters, and it’s a bit of a “pick your favorite” situation, as a character designer, do you find it challenging to make sure each of the characters is equally appealing, and that one of them doesn’t “beat” all of the other ones?

In general the director will decide a lot of the finer points, but as the character designer, I get a say in how, for example, the characters move and how to make them more appealing by adding certain aspects like for example, a very energetic character you can make it so that her movements are bigger and more exaggerated, and that adds to the appeal of the character.

The thing is, sometimes when my interpretation is not quite what the director wants then they’ll let me know and we can kind of adjust and go forward from there, but I do get some free reign in that.

It’s not in the character design sheets, but actually in order to maintain consistency across the entire series in character designs, we have a lot of meetings. So we meet with the teams that are working on the final product. The name of the meetings is “saka-uchi” — it’s short for “sakuhin no uchiowase” (animation meeting). That’s where all of this gets described to everybody but also where any misunderstandings can get cleared up to maintain consistency. 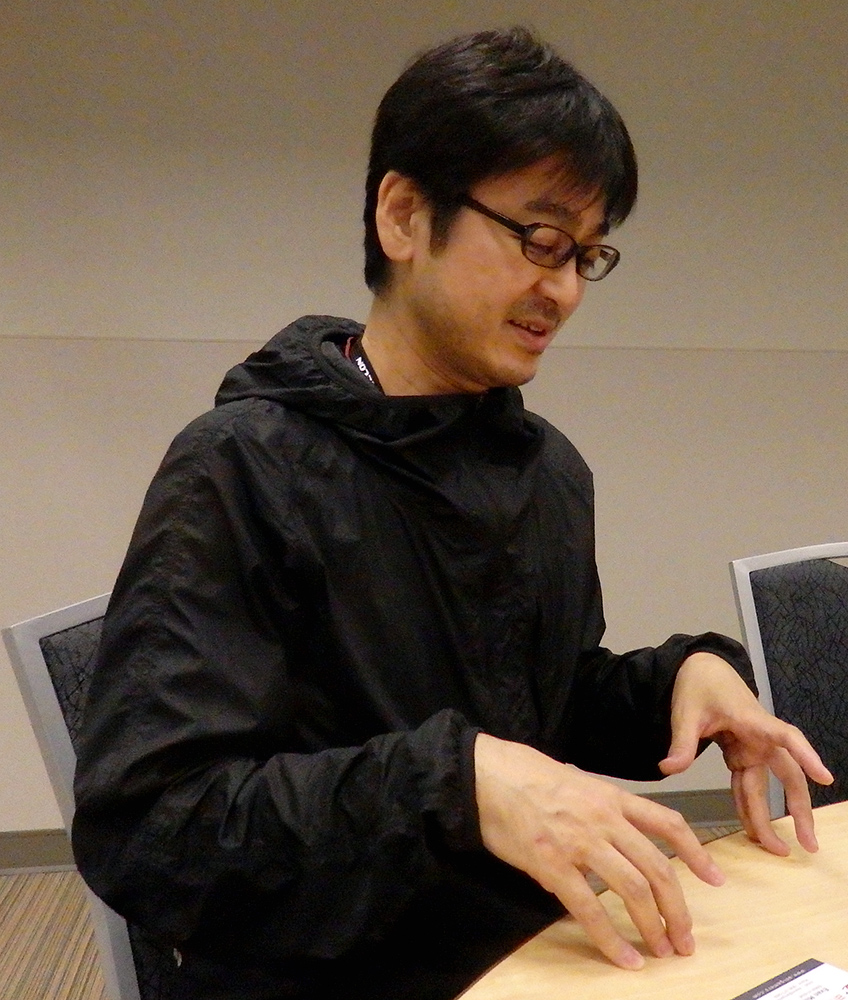 Are you involved in assigning shots to animators?

In every animation production company, there’s a department that’s responsible for this. It’s not me. There’s a whole hierarchy of people, and at the top is the producer. And sometimes multiple producers, and then there’s people under that. There’s the production desk, and there are people that are called “shinkou” (production assistants) they have their responsibility to get the cuts from the animators. It used to be that people would get in traffic accidents because they’d try to beat each other and it was dangerous.

There’s an anime about that! Shirobako.

So what ended up happening now is that some companies actually outsource the driving because it was such a dangerous thing to do. People were so tired sometimes they’d fall asleep at the wheel. If you look at the cars these people drive, a lot of them are full of dents. 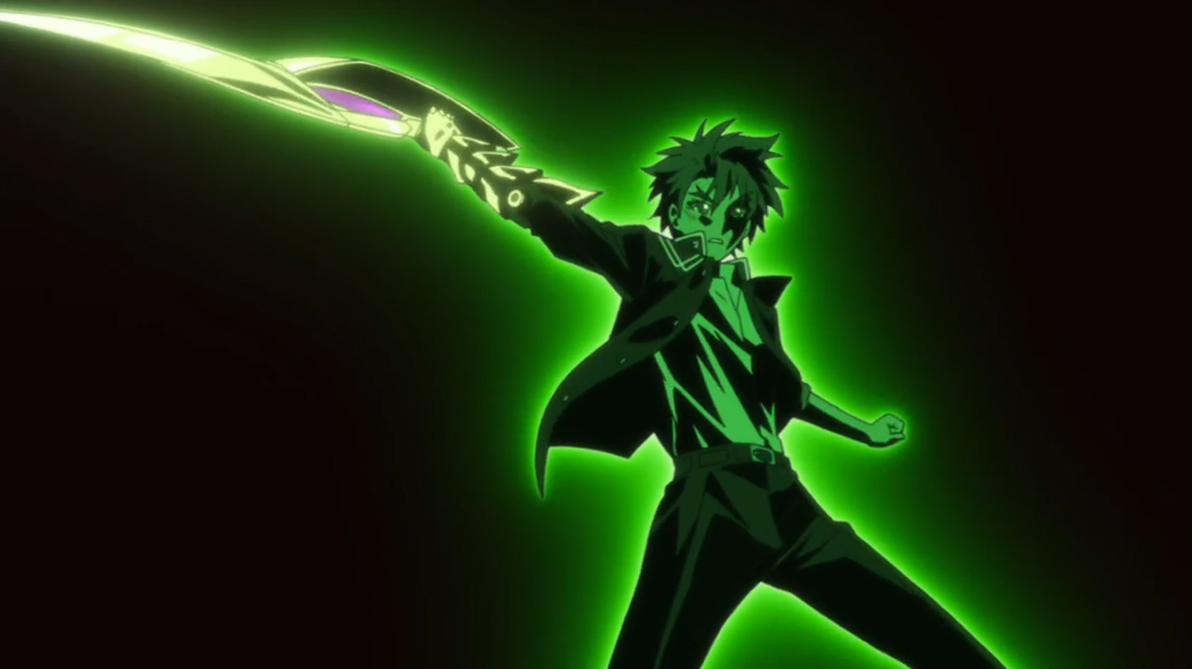 In the series The Testament of Sister New Devil, the opening animation, for which you served as the animation director, has an interesting art style that the rest of the show doesn’t really use. It has this kind of high-contrast, comic-book style. I’m curious where the creative decision came from to do that.

Well that would be Tomohisa Taguchi, who worked on the Persona 3 movie series. Persona 4’s chief director was Seiji Kishi, and Taguchi was a newcomer director under him for that series. I worked with him at the last studio I was at (AIC A.S.T.A) on projects like Heaven’s Lost Property, and he told me he wanted some work. He seemed like a perfect fit for the project, considering how he built up his career, so I reached out to him.

Then he came to me with a really cool storyboard. It was super high-contrast, so I thought "This is like Hellboy!” He added a lot of shadows with BL (EDITOR'S NOTE: I'm told "BL" is storyboarder jargon for kurobeta, which is like screentones in manga) to make it look really awesome and stylish. The ‘90s version of Hurricane Polymar also came to mind, as it was very cool.

So we kept talking, and I told Taguchi about Hellboy by Mike Mignola and that he should use it as inspiration for all his stylish shadows. I happen to own a copy of the comic, so I showed it to him, and he was like, “this is great!” I think Taguchi wrote the storyboard without knowing about Hellboy, but after I showed it to him, he seemed to have used it as a reference during production meetings.

EDITOR’S NOTE — I can’t find a source corroborating the story of Taguchi working on The Testament of Sister New Devil, so it’s possible he worked as an uncredited storyboard artist.

Many thanks go out to FanimeCon's staff for arranging the interview, and to Mr. Watanabe for his forthright answers. I'd also like to thank Sae-Ho Song for his help translating one particularly troublesome bit of the interview. Enjoy!