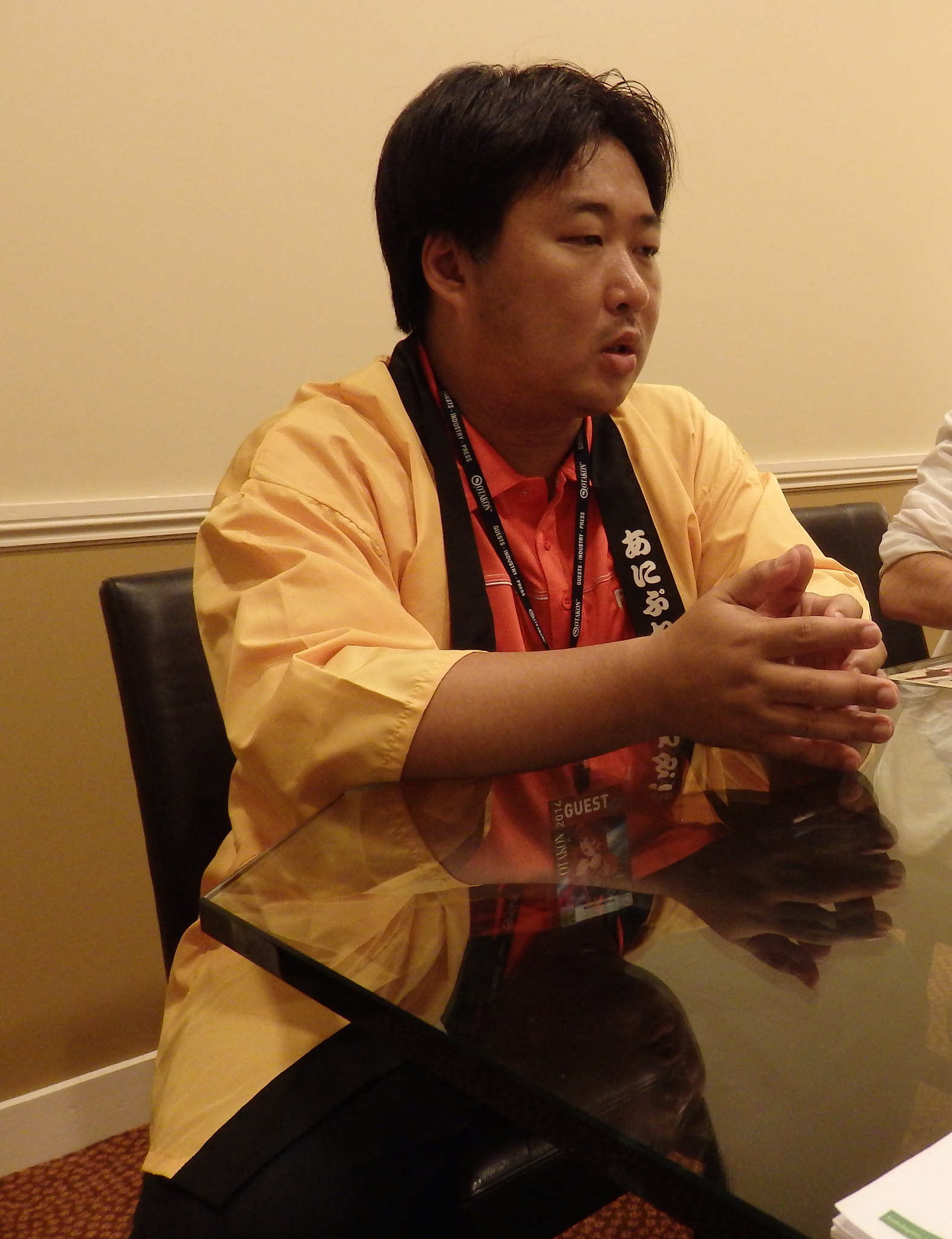 In addition to our interview with Hidenori Matsubara, David and Evan sat down with Shinichiro Kashiwada, a producer at anime production company Aniplex, at Otakon 2014. Kashiwada has coordinated the productions of Sword Art Online, Puella Magi Madoka Magica, OreImo, and The Irregular at Magic High School (Mahouka). Once again, we'd like to thank Otakon staff for coordinating the interview, as well as the translator and Mr. Kashiwada himself for taking the time to sit down with us!

Ani-Gamers: The title of "Anime Producer" isn’t always well understood by fans in the United States, so could you describe what you do as a producer at Aniplex?

Shinichiro Kashiwada: First, as the label producer, my job is to actually come up with a project, particularly a title that will sell. Our current business model is direct-to-video sales — there might be secondary merchandising, but the gist of the business is all about video sales. So when I say sell, I mean in terms of that. I make decisions about things like genre based on what will sell.

Financing is essential when creating anime. A show might cost a few hundred million yen, and it’s quite a risky venture for a single company to embark on. In the spring of this year, there were about 50 animated shows and only about two or three of them were hits, meaning another 40-some-odd shows were not successful, so it’s very risky. In order to disperse that risk, today’s model is the production committee system, where several companies pool their funding to be involved in the production of an animated title. 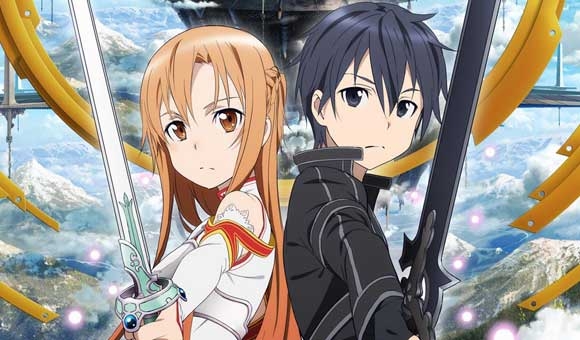 Once we have financing for a show, it’s also the producer’s job to select the studio to create the animation, for example A-1 Pictures on Sword Art Online and Madhouse on Mahouka. The producer also hires the director and character designer, as well as the musical talents for the opening and closing songs.

From there on, it’s the label producer’s job to come up with how to package the DVDs, decide on the number of volumes and how many episodes per volume, draw up a release schedule, and generally come up with a product that will be attractive to customers.

"10,000 DVDs sold" is currently used as a potential guideline to quantify the success of a show.

You mentioned only a certain number of shows will be a “hit” every year. How do you define a “hit” for Aniplex? Is it just sales or is there a bigger picture involved?

Well, to be frank, the production budget for an animated show is all over the place. For instance, the production budget for Sword Art Online and Mahouka are very different. Sword Art has 24 episodes a season, so the simple math for a production budget might be 24 times the budget for a single episode. But on top of that you may have other budget considerations such as promotion and miscellaneous costs. With all that in mind, say a particular DVD sells 10,000 copies. Would that be enough to recoup the production costs? It really depends, but that may not be the only way to quantify success. You can’t just say that 10,000 would be the magic figure, but that is currently used as a potential guideline to quantify the success of a show. 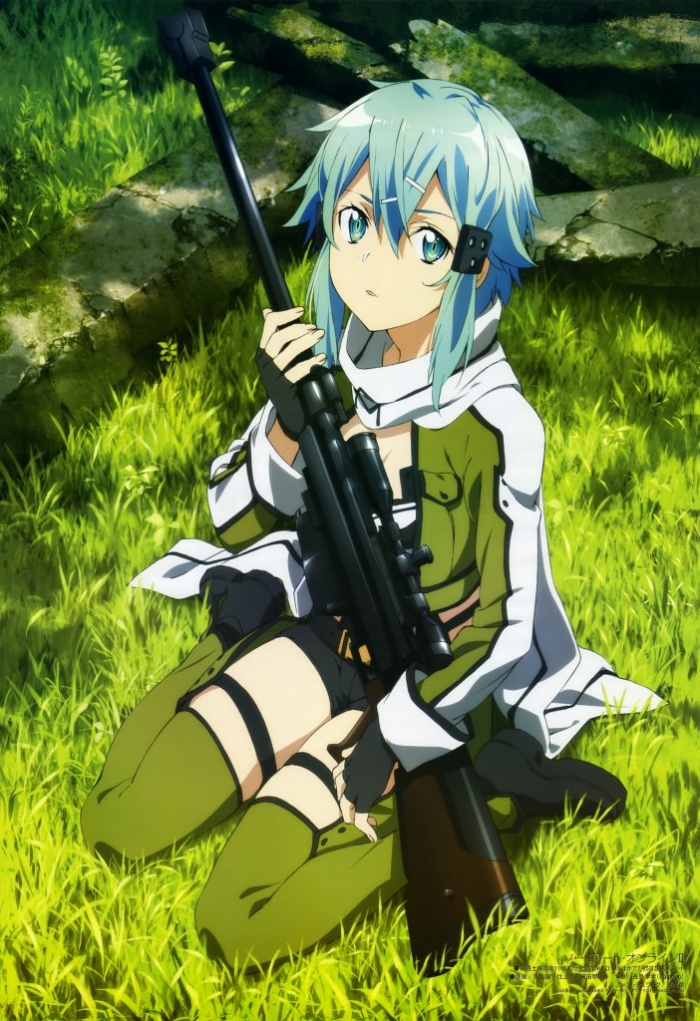 How did you arrive at the selection of Miyuki Sawashiro as the voice of Sinon in Sword Art Online Season 2? It seems like Ms. Sawashiro is a very experienced voice actor, but she plays a very young character in the series.

Sinon was actually a special case, but normally for voice casting for Japanese animation, it’s done through an audition process. For example, there were over 50 responses each to the casting calls for Kirito and Asuna. The people selecting the actors that we use during the audition process usually consist of staff such as the director and producer, and sometimes the original author and editor. That’s how Asuna and Kirito were selected.

When Aniplex brings a series to the US under the Aniplex of America distributor, what sort of considerations are involved on the Japanese end for you as a producer?

In general, I lend my help in any kind of promotional activity that might be necessary, including convention appearances such as today. But otherwise, the show itself is already completed, so the actual marketing is up to Aniplex of America, and that would include the English dub, since on the Japan side we would have no idea what kind of English voice actors are popular. However, I still consider the actual packaging of the media to be essential to the marketing, so that’s something that I ask to be sent back to me for feedback.