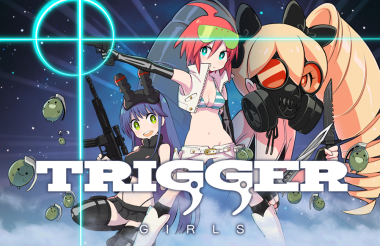 We’re big fans of anime studio Trigger here at Ani-Gamers, and last year we were able to sit down with writer/producer/designer Hiromi Wakabayashi and freelance designer Shigeto Koyama (both of whom made names for themselves on Kill la Kill, Inferno Cop, and Panty & Stocking with Garterbelt) at AnimeNEXT.

In 2015 the con upped their ante, adding animator and Kill la Kill character designer Sushio and freelance animator Takafumi Hori (Kill la Kill, Little Witch Academia) for a grand total of four Trigger artist guests. We had an opportunity to join in on a round-robin interview with the artists, picking their brains on Inferno Cop’s origins, Kill la Kill’s design inspiration, and the bizarre YouTube project Turning Girls. As usual, Trigger PR rep Tatsuru Tatemoto provided translations for the whole crew, and he occasionally had some answers of his own. Since we were joined by Carl from Ogiue Maniax and Sean from All-Fiction for this interview, we’ve marked each question in the transcript with the outlet and the individual asking. Enjoy! 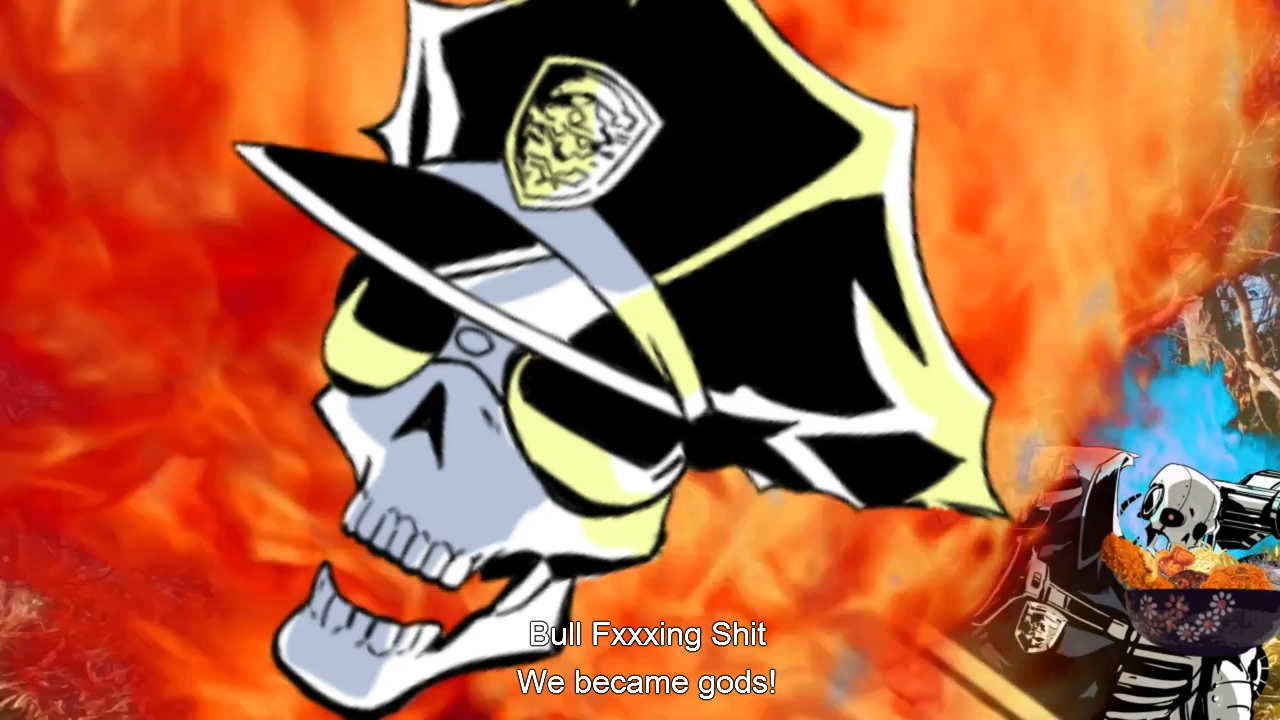 So we decided to make something no one had seen, a flaming cop that slays evil.

Ani-Gamers (Evan): I’m curious about the origins of Inferno Cop. How did that project get started at Trigger?

Wakabayashi: The initial offer from our client was to do a short film for YouTube. The YouTube channel was called Anime Bancho. so we got the offer from ComixWave Films and we decided to make Inferno Cop.

We initially had another plan before Inferno Cop. It was an idea from Hiroyuki Imaishi (director of Kill la Kill and Gurren Lagann) and Koyama, and it was called “Superson,” like a “super person.” That was the initial plan. We made two episodes of it, and I guess we bailed out because it was too crappy. We piloted it within the studio and it was way too boring.

We piloted it and the design sucked, the scenario sucked, everything was bad, so we needed to make something new. So we decided to make a cop on fire. It's something no one had seen, a flaming cop that slays evil. (Laughs)

AllFiction (Sean): Has Studio Trigger changed in any way after the immense success of Little Witch Academia 2 Kickstarter and Kill la Kill? Has that success pushed you to try more risky ideas?

Wakabayashi: I don’t know if it’s a direct answer to your question, but after making Little Witch Academia, Inferno Cop, and other titles, we noticed that there’s overwhelming support from overseas fans, and since we noticed that overseas fans watch our projects, we started trying to take that into account at the preproduction level, so we’re not just making anime for audiences within Japan. 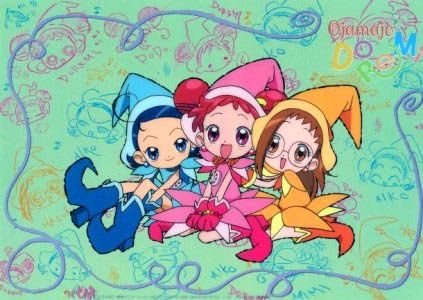 Ogiue Maniax (Carl): My question is for Sushio and Hori. Both of you worked on Ojamajo Doremi. I’m curious what it was like working with director Junichi Sato (Sailor Moon, Kaleido Star) and character designer Yoshihiko Umakoshi (Heartcatch Precure, Casshern Sins, Street Fighter Alpha), especially because it seems for whatever reason that your style and Umakoshi’s style has some similarity, and I’m curious if there’s some sort of mutual influence.

Hori: Sushio participated in a lot of different projects, and all those experiences, including working with director Umakoshi might have contributed to what Kill la Kill is.

Sushio: The character design proportions in Ojamajo Doremi are rather small, and Kill la Kill is very diverse in the proportions; all the characters have different body proportions. And I guess working with director Umakoshi definitely contributed to my designs for Kill la Kill. I learned how to place eyes on character’s faces in a more dimensionally correct way.

Ani-Gamers (David): For the freelancers: What’s the difference between animating a project that has a standard TV budget vs. something that has a larger budget, like Redline?

Koyama & Hori (answer combined in translation): In terms of the project schedule, they’re basically the same for movies and TV. What matters the most is a project with a higher budget can hire more seasoned, more experienced animators. Animators are usually freelance and they cost money to contract them for a long time.

Ani-Gamers: It seems like the biggest factor is talent rather than time.

Koyama & Hori (answer combined in translation): Yeah, it’s personal skills and also storyboard. The animators basically draw out whatever they’re told by the storyboard, which the big instruction manual for the whole series. And the storyboard is written by the storyboard artist. And that again comes down to personal skill. Another factor might be that on lower-budget projects, the director holds back on what they want to do. I guess they’re more realistic with the budget. And if they have the budget, they want to do more crazy angles and performances, so I guess that’s where you get the difference from. 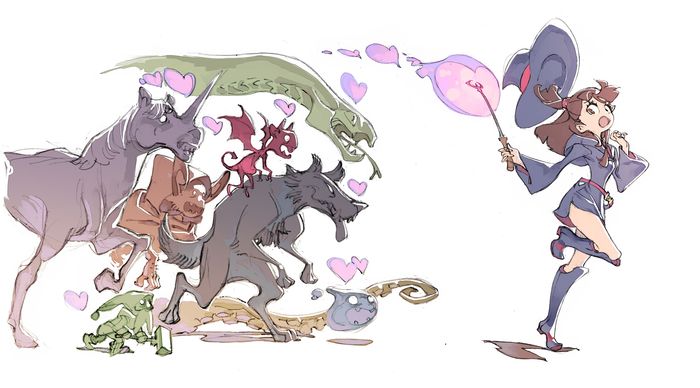 AllFiction: Did you expect the Little Witch Academia 2 Kickstarter to be such a success before starting it? Did you have any fallback plans in case you didn't succeed?

Tatemoto: No. I basically started that Kickstarter, and I was at a bar drinking with my friend when it finished. I really did not expect to reach the goal so quickly.

Wakabayashi: We did not expect to finish it in five hours. We thought it would take a larger span. We were skeptical that we were going to finish it in a month and we were like, let's just put a little lower than what we want.

Tatemoto: But yeah, I was drunk. I was pretty wasted when my other friend called me and said “congratulations for finishing your Kickstarter.” And I was like, "you mean ‘started.’" And responded, "no you just finished." I really couldn't believe my friend until I saw for myself later that night.

AllFiction: Would you let the project die if he didn't succeed? Or did you have a fallback?

Wakabayashi: We had our minds set on making a second episode already. The Kickstarter was just to extend the film by 15 minutes. We didn’t feel too stressed about whether or not we would succeed. We’re a small studio. Little Witch Academia is a no-brand series. So we were like, “it would be bad publicity if we fail, but let’s just try it as an experiment." 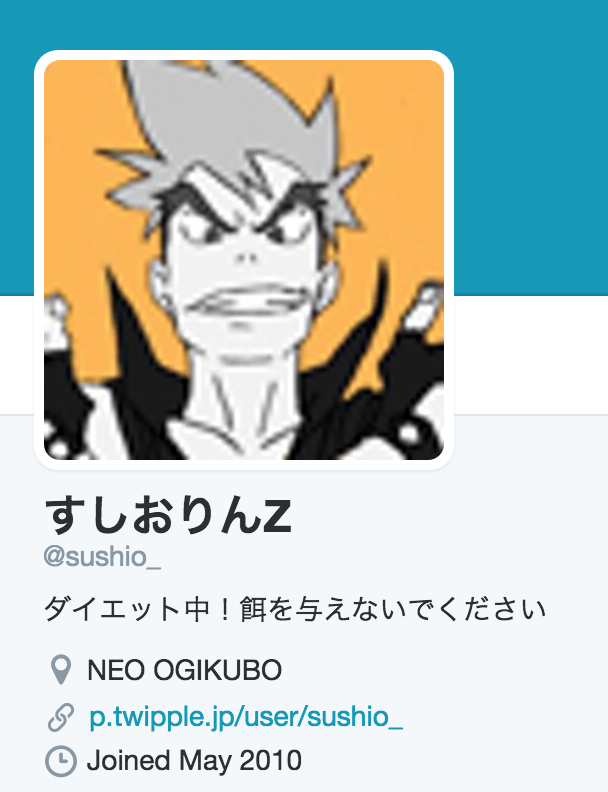 Ogiue Maniax: Sushio, I noticed that you use Kitan (from Gurren Lagann) as your avatar on Twitter. Do you have any close connection to Kitan? Is he your favorite character?

Sushio: I’m going to be very, very blunt and honest with you. I just don’t know how to change the icon. (Everybody laughs)

The reason why I initially chose Kitan as the icon is I was working on a short film called "Kitan Zero" and that’s basically the same time I started Twitter. Someone taught me how to set the icon initially, but that was the end of it.

Ani-Gamers (Evan): This one’s for all of you. You’ve worked at a bunch of different studios in your careers, and I’m curious what the studio environment is like at Trigger compared to those other places?

Tatemoto: Maybe Mr. Koyama can answer that question the best since he’s a freelance designer and he visits a lot of studios.

Koyama: I guess everybody kind of trash talks a lot at Trigger. (Turns to other Trigger folks) I don’t know, you guys trash talk all the time and I can’t think of anything else.

Hori: A lot of the staff is younger at Studio Trigger and there are a lot of toys and figures. Compared to Studio Khara, who has all the veteran people and seasoned animators: they have class, but Trigger has that "one day before the festival" feeling.

When I come back from Khara after a while to the noisy environment at Trigger, I always think, “these guys are damn crazy.”

Wakabayashi: I only know Gainax and Trigger because I used to be Gainax staff. The work environment I’m used to is that rowdy environment, but when I go to a different studio for a special occasion, it’s so quiet. It feels like an office environment.

Sushio: I go back and forth between Khara and Trigger. When I come back from Khara after a while to this noisy environment, I always think, “these guys are damn crazy.” 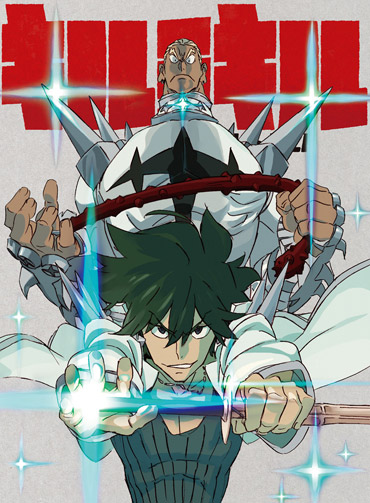 AllFiction: Kill la Kill has been a huge success in Japan and the West. Personally, would you ever like to return to the Kill la Kill universe for a sequel or spin-off?

Wakabayashi: Personally, no, not really. We intended the story for Kill la Kill to be finished in what we aired already. It’s a finished series in my mind. It might be interesting to do a side story or a small episode, but if I were asked to do another sequel, I’d much rather put that energy into a brand new series.

Sushio: I did everything that I wanted to do in Kill la Kill in the series already, so if it’s an anime series you want, i’m pretty satisfied. But I do feel like I want to do a comic series for Kill la Kill, like a “Kill la Kill Origins."

Hori: Regarding Kill la Kill, I have nothing I want to do. But I want to try out what I learned from doing Kill la Kill in a different series. A lot of series today have a lot of highlights and details in the hair, but that was not the fact for Kill la Kill. The information was very limited, but the design was still fine, and it worked out fine. It was accepted, and that means the highlights you see in today’s anime are not a necessity. So I want to try out all these techniques I learned in Kill la Kill in a different work.

Koyama: But if it’s Panty & Stocking with Garterbelt or Inferno Cop, I want to make a lot of it. 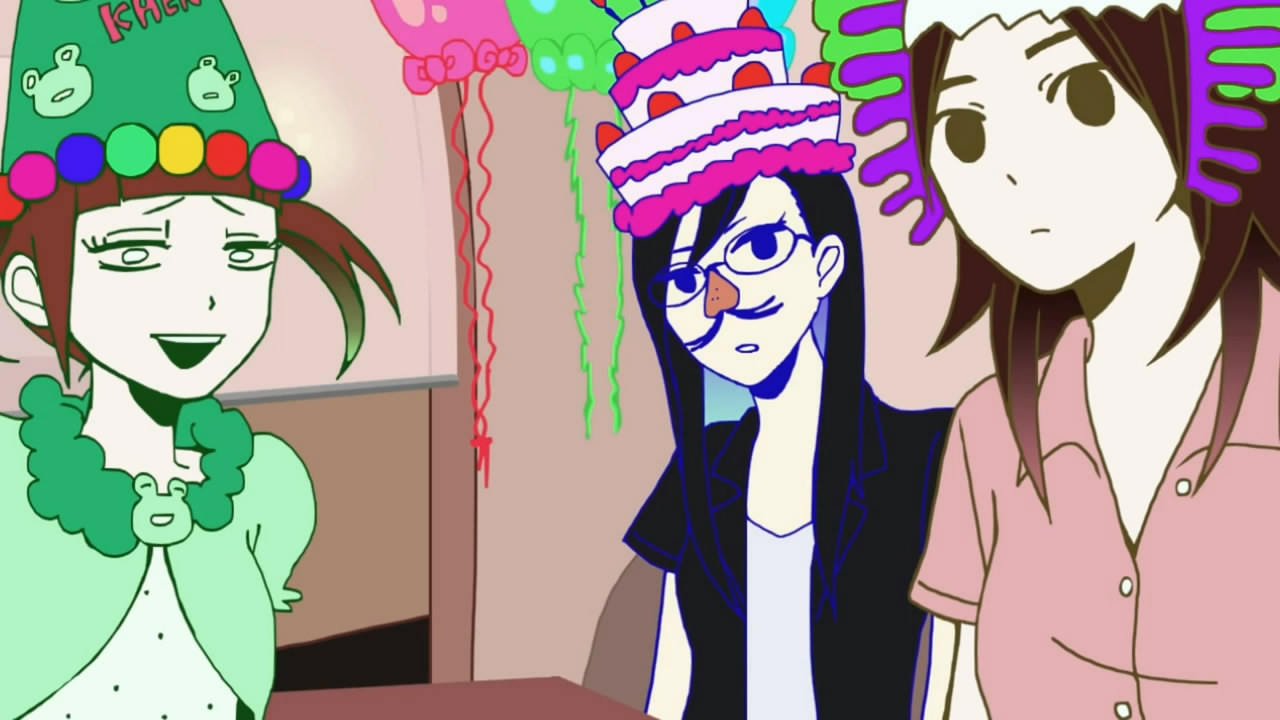 We gathered all the female staff at Trigger. They’re not animators. We just gave them an idea and we told them to make an anime.

Ogiue Maniax: Turning Girls: how and why? (Everybody laughs)

Tatemoto: We don’t know why. We want to ask!

Ogiue Maniax: How did it come about? What was involved in production? Was it another YouTube-funded project?

Wakabayashi: Inferno Cop received quite the unexpected response. Our client wanted another series. To go back a little bit, Inferno Cop’s original plan was to spend as little time and effort as possible. It turned out we were only allowed to use two hours per week to make each episode of Inferno Cop. We took that to another level for Turning Girls.

So what we basically did was, we gathered all the female staff at Trigger. They’re not animators. They might be the janitorial girl or whatever, normal non-animator staff. We just gave them an idea and we told them to make an anime. We wanted to find out if they could make an anime. It was an experiment.

The four girls in Turning Girls are a reflection of the actual staff that worked on it. So basically they did the directing and they actually drew it themselves, it’s a pretty accurate reflection of who they are, as well. 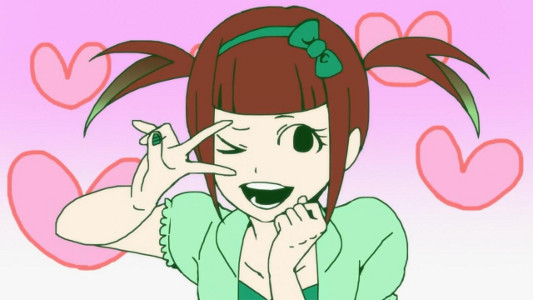 Ogiue Maniax: Could you say which one is Kaerun?

Wakabayashi: There’s a girl in the office that wants to be an idol. That’s 100% real, legit. She exists.

Kill la Kill is available on Crunchyroll, Netflix, Hulu and Adult Swim (though not all the episodes are online).

Little Witch Academia is not officially available in English at this time, save for Kickstarter backers of the second movie.