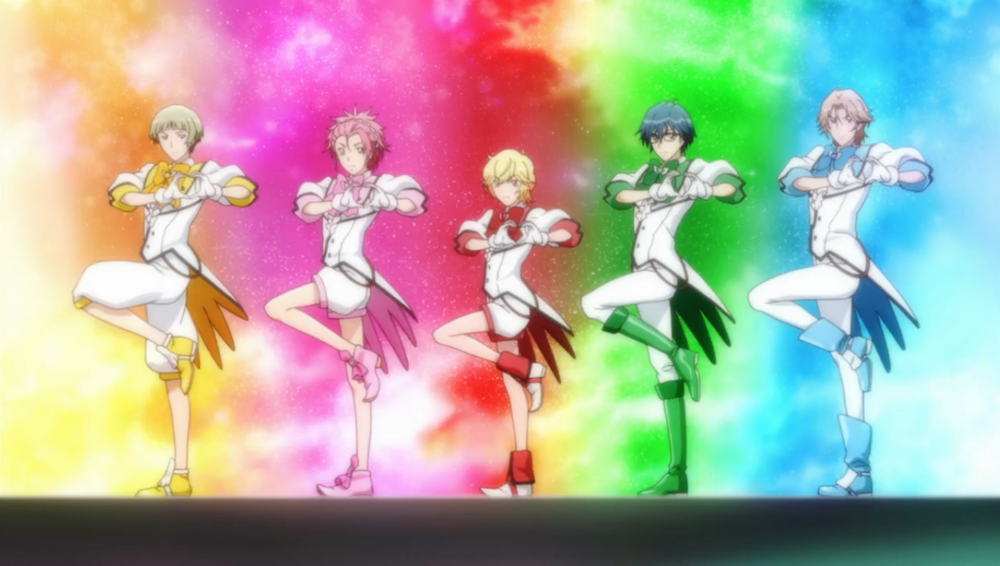 The Otakon interviews just keep coming! This time we sat down with Shinji Takamatsu, the director behind a laundry list of popular mecha and comedy series, including Brave Police J-Decker, Gundam X, Gundam Wing, Gintama, School Rumble, The Daily Lives of High School Boys, and most recently, the magical boy comedy Cute High Earth Defense Club LOVE. Though Takamatsu's answers were brief, they showcase a geniune sense of humor about his work. The highlight of this interview, however, is Takamatsu's correction of a long-held anime industry myth about Cute High writer Michiko Yokote. Enjoy!

Ani-Gamers (Evan): You’ve worked on shows that span a diverse set of genres. How has working on mecha titles affected your approach to slice-of-life comedy, and vice versa?

Takamatsu: I may have worked on various genres, but I’ve always put myself into the work, so I’m pretty sure what I learned working on mecha shows has come to life in the slice-of-life shows.

Ani-Gamers (Evan): So what part of you is in Cute High Earth Defense Club LOVE?

Takamatsu: For a parody like that, I suppose it would be my sarcasm.

Ani-Gamers (David): Daily Lives of High School Boys deals with the relationship between boys and girls as being completely alien species to one another. What is it about the guys and their curiosity to wear their little sister’s school uniform and underwear?

Takamatsu: I would contend that a lot of that reflects the fetishes of the original manga artist. But, as I went to an all-boys high school myself, I do sympathize with their struggle with women. 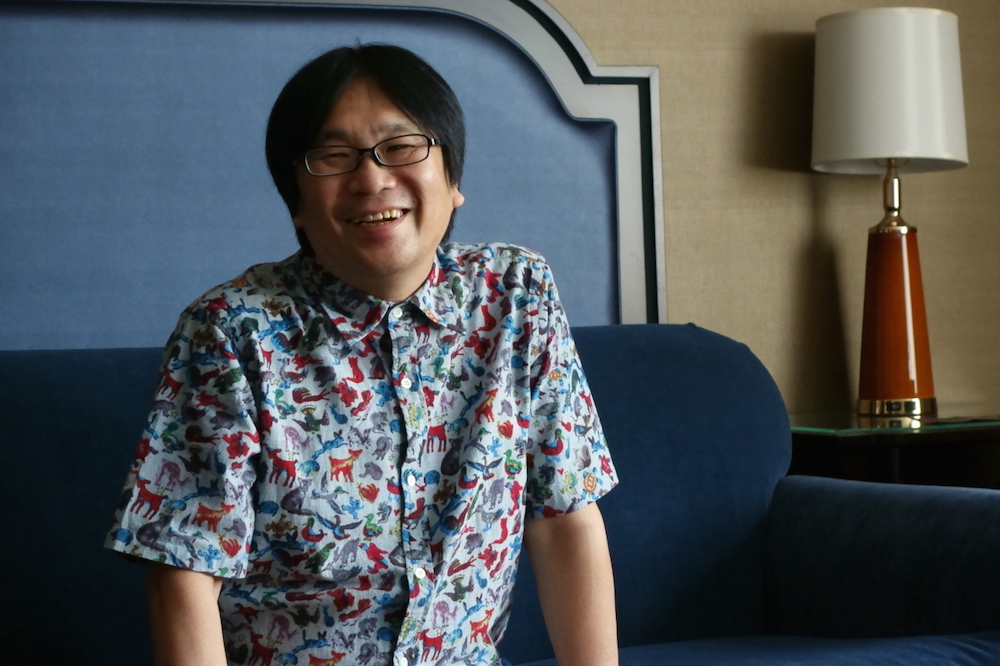 Ani-Gamers (Ink):  Michiko Yokote (Cowboy Bebop, Shirobako, Princess Tutu) is credited for the series composition of Cute High, but you wrote the script for episode 4. I was wondering why that came about.

Takamatsu: Well, I was told, if I think I know how things should be written… then I should just do it myself. (Everyone laughs.)

Ani-Gamers (Evan): Is it hard to argue with her?

Takamatsu: Well, I find that she is an easy writer to get along with. We always go out drinking after our production meetings.

Ani-Gamers (Evan): Going far back here, you’re credited with ‘Cultural Setting’ on Mobile Suit Zeta Gundam, at least according to the English credits. What were your responsibilities on that series?

Takamatsu: It was actually Production Management for the setting, for aspects such as character designs, mecha designs, artwork, and also making sure that scripts were delivered. 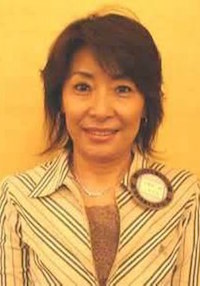 Ani-Gamers (Evan): We mentioned Michiko Yokote before and as I understand it, she is actually three people using a pseudonym. Is there anything different about working with a team like that versus a solo screenwriter?

Takamatsu and his producer (in the room alongside him) start laughing as the question is asked. After calming down a bit, he answers.

Takamatsu: The story that Michiko Yokote is a pseudonym for a three-person team is a self-created myth. She is actually just one person. Apparently, she mentioned it just once in jest, but that grew into legend. It’s even on her Wikipedia.

Ani-Gamers (Evan): We were fooled!

The story that Michiko Yokote is a pseudonym for a three-person team is a self-created myth. She is actually just one person. 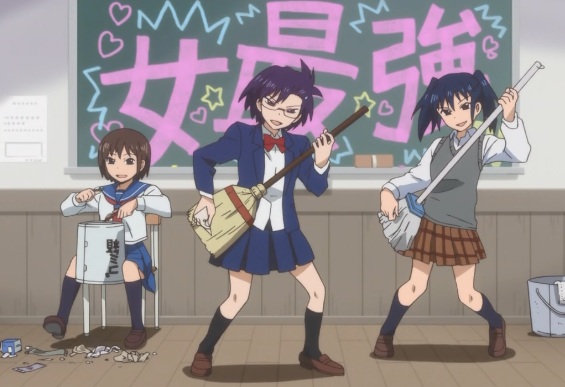 Ani-Gamers (David): At the end of episodes of Daily Lives of High School Boys, there is a short with the high school girls. One of the characters is voiced by Yuu Kobayashi, who ends up screaming every one of her lines. Were you in the room when they were recording that? What was that experience like?

Takamatsu: She puts herself into that kind of acting, so my job was to hit the brakes on that or she would just run away with it and exceed what you actually hear in the show. Eventually, she will go into a mode where you can’t even comprehend what she is saying.

Ani-Gamers (Ink): On Dirty Pair: Project Eden, you are listed as Assistant Unit Director. What were your duties in the role and how did you come to work on that project?

Takamatsu: I was an assistant to the technical director. Back then, anime was made on cells, so we used something called timesheets. I’d be the one preparing all the materials based on the timesheets. Once in a while, I’d be able to put my own idea into the production, so I learned a lot about directing as an assistant. The director of that movie, Koichi Mashimo, really encouraged me and praised me if there was room for my ideas to get into the movie. 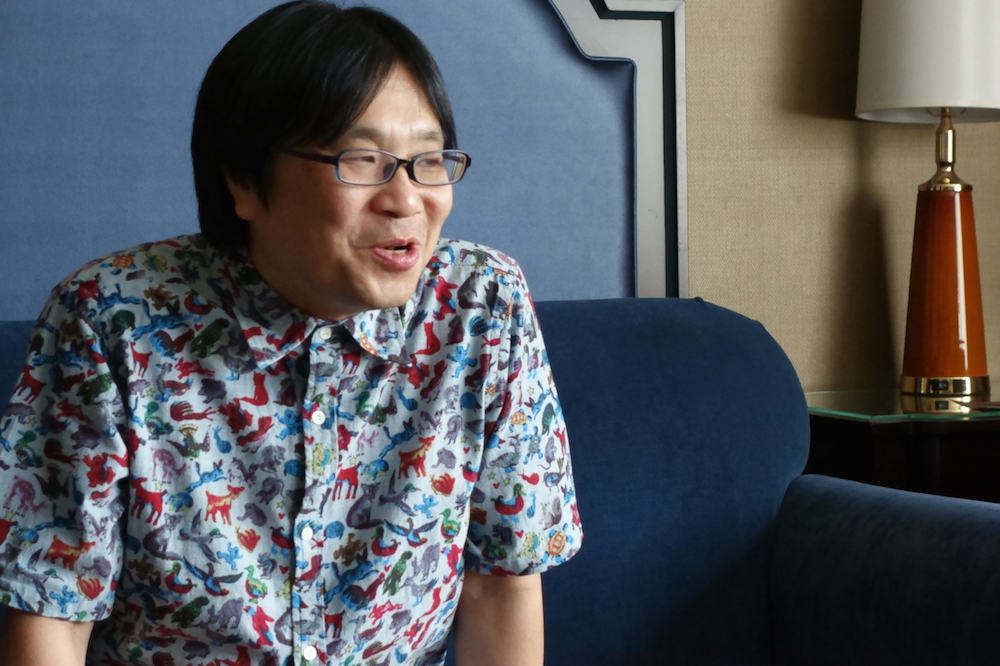 Ani-Gamers (Evan): Is this your first time coming to an anime convention like Otakon in the United States? What do you think of it so far?

Takamatsu: This is my first time in Maryland, and I’m very moved to see so many fans of Japanese animation.

We'd like to give a big thank you to Otakon staff (especially Alyce Wilson and translator Takayuki Karahashi) and Pony Canyon for their help in coordinating the interview, and of course, Mr. Takamatsu for taking the time to answer our questions.