Otakon 2019 presented us a rare chance for an intimate interview with Director Hiroshi Nagahama. Through both it and a spirited, career-spanning retrospective panel, it became evident that there's a lot more to appreciate about this director than previously thought. Read on as Ink asks Mr. Nagahama about such signature adaptations as Mushi-shi and Flowers of Evil and more. 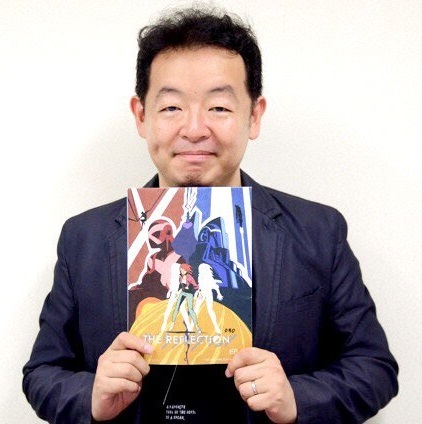 With Mushi-shi and Flowers of Evil, you produced a very slow, tone-building pace. Are there any specific directors or television series or movies that influenced how you build atmosphere?

Not directors, but Frank Miller from American comics. I was definitely influenced by him. For Batman (Year One) and Daredevil (Born Again), I actually like his version the most. TV drama series that I watched as a kid had a similar atmosphere. Oh, there are actually two anime directors that I was really influenced by: Osamu Dezaki, who made Ashita no Joe, and Yoshiaki Kawajiri (Wicked City).

I want to do a figure animation someday, like the show called Robot Chicken.

You told an audience at a panel that you are a fan of American comics. Have you read Sam Keith’s The Maxx?

I definitely have. I love it. The animation was shocking. It’s the one that was on MTV at midnight, right? I have the comics as well. And since I liked it, I have the 3-D version as well — one of the versions with red and blue glasses and you can see [the characters] popping out. It’s really exciting! There’s the part, in the second part, where Sam Keith wrote it so it would be 3-D, so The Maxx would have his fingers popped out. So when you have the lenses, it’ll pop out of the screen.

Why did you ask about The Maxx?

It seemed to me that you would really enjoy it if you had not heard of it. It has a dark tone and an anti-hero protagonist.

I am actually influenced by the movement of The Maxx. So The Maxx in anime would do this. (Mimics The Maxx’s shuffle) So when you walk and you stop, there’s that strong action. To show that in a fighting scene, when you’re attacking, it called flickering – your arm and your nails would shimmer.

When I was producing Mushi-shi, I was watching The Maxx on a portable DVD player. So I’m definitely inspired by it, but I didn’t follow the same structure as The Maxx.

Regarding Mushi-shi, what direction did you give the animators and storyboard artists working on it to fill in the worlds between Urushibara’s panels?

I didn’t really think about expanding it, but I tried to fill in things that weren’t covered in the manga. Since manga is a very small version, it’s as if I unfrosted or unfroze those parts and added them back.

When someone moves from Point A to Point B in manga, that distance isn’t shown, but in anime, if that shows the story better, then I would start making that from scratch to show the details.

Similarly, in Flowers of Evil, there’s a lot of world building, and a lot of that is done through sound. How did sound direction influence your direction, or was it the other way around, or was it a back-and-forth?

I first made the anime and then the sound that goes with it. I told the sound director that the sound shouldn’t be the part of the anime, so you can even just put no sound if you’d like. I asked the producer of the songs to show one character by one sound (Nagahama makes a “bahhhh” tone), and if one “bahhhh” was the main character, the other (Nagahama says “bahhhhh” in a different tone) would be the main heroine, and every character similarly. So the minimalism of the sound was what I worked on. And the sound director, Tanaka-san, did manage to do that; he represents one character by one sound and another character by another. And if you just listen to the music, it’s revolutionary to anime. 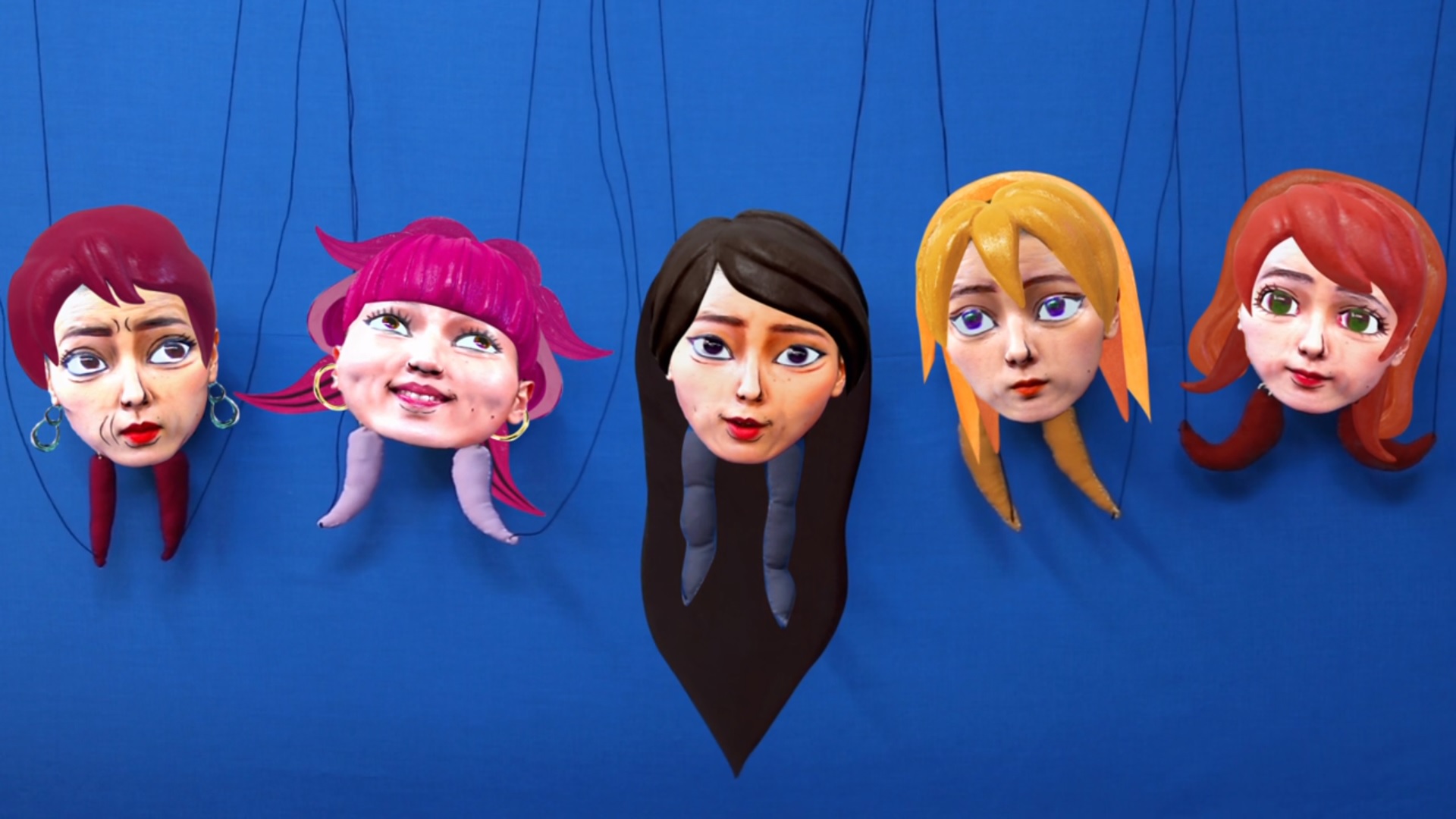 You directed an episode of Rinshi!! Ekodachan, which was fantastic visually and thematically. In your videotaped interview for the show, you said you would like to see a lot more anime go against convention. Do you have any specific styles in mind and any specific properties you might like to apply them to?

I want to do a figure animation someday, like the show called Robot Chicken. I haven’t gotten to make a show where you physically move an object. So I want to do that someday. Or a clay animation.

Any existing properties you have in mind for that?

I don’t know yet. If I see what’s going to come next, I can think about that. Even if it’s a CG or rotoscope, if that fits that anime and that structure, then that’s the way to go. 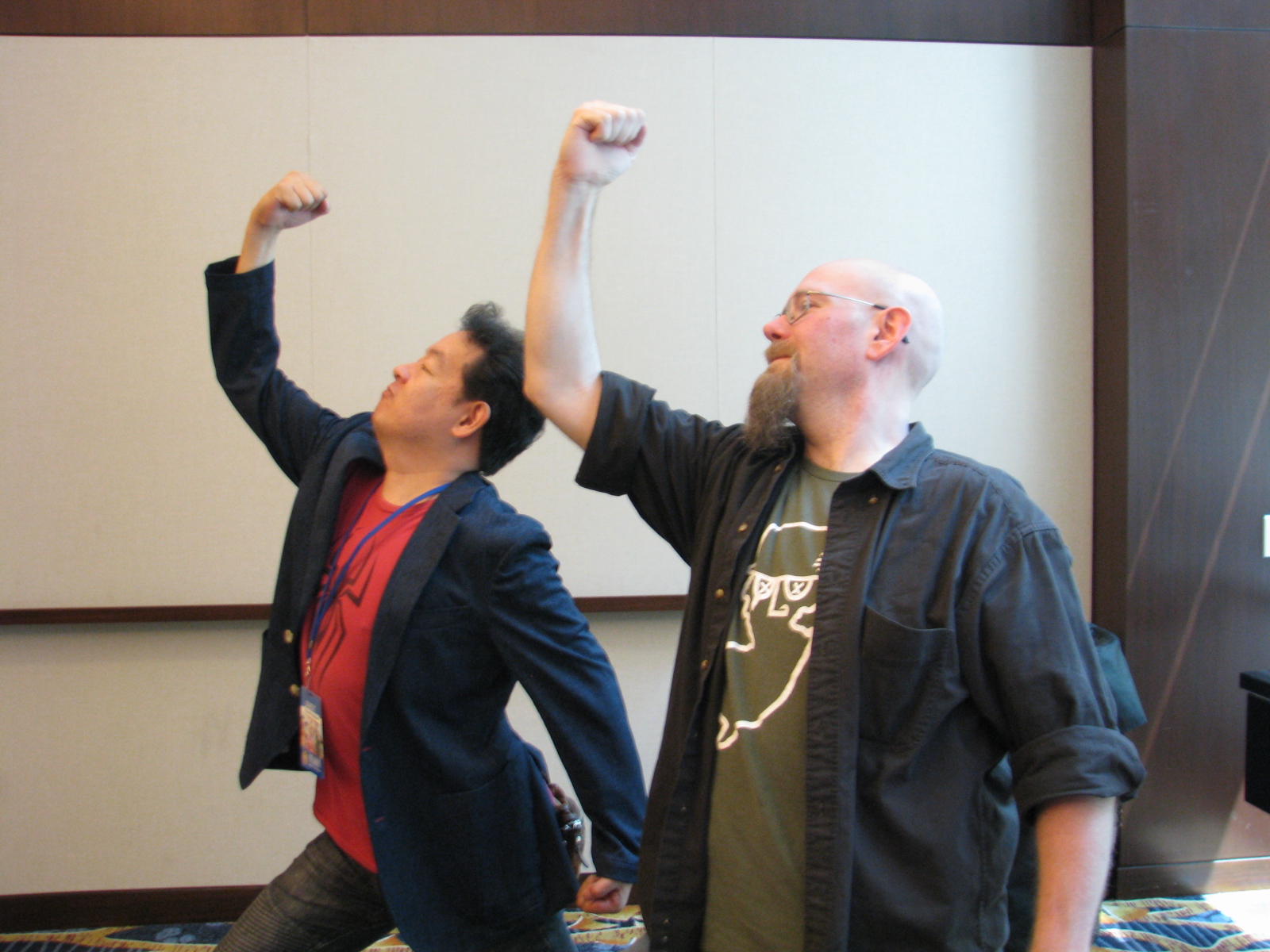 A huge thank you to Mr. Nagahama for his time as well as to Otakon Press and Guest Staff for the opportunity.

Check out more of our Otakon 2019 coverage as well as our transcriptions of Nagahama's career retrospective panel.