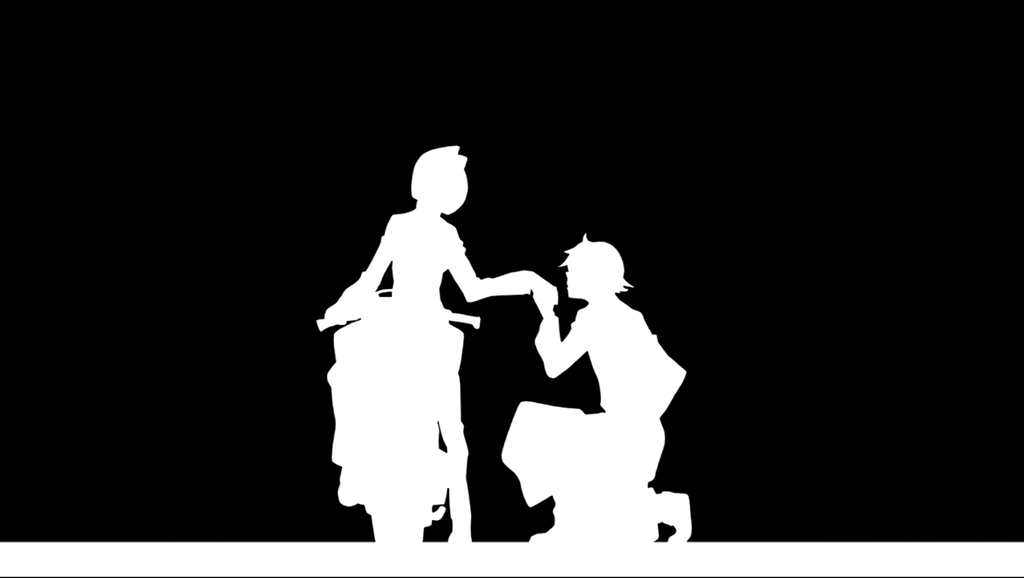 We were pretty happy to get a chance to speak with Aniplex producer Shuko Yokoyama DURARARA!!, Uta Koi!) for a brief 15 minutes at Otakon 2015 about the high-level work of anime production and marketing, but some scheduling changes landed us with an unexpectedly delightful half-hour discussion between both Ms. Yokoyama and voice actor Toshiyuki Toyonaga, who plays Mikado Ryugamine in DURARARA!! and DURARARA!! x 2

Ink and Evan cover a range of topics with the producer/actor duo, from the production decisions behind BACCANO! and DURARARA!! to embarrassing poetry confessions. Enjoy! 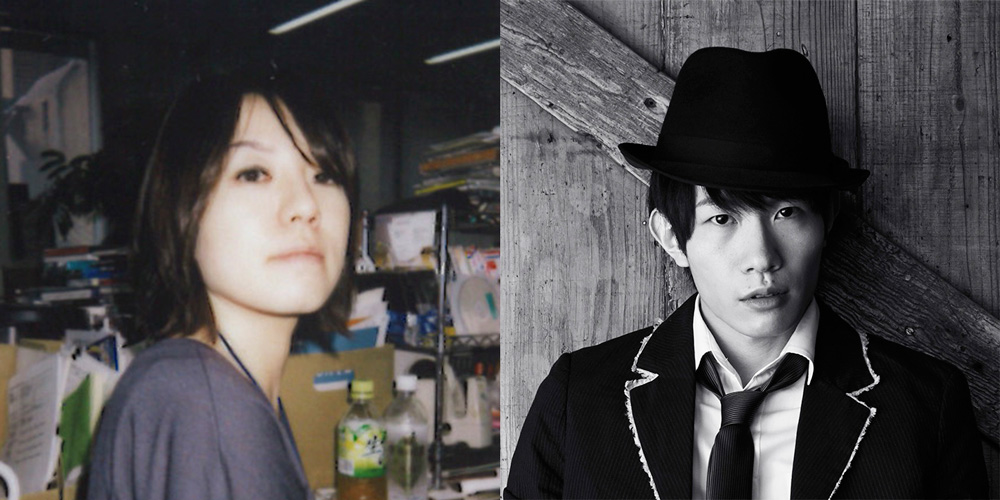 Ani-Gamers (AG) (Evan): I’d like to start with a question for Ms. Yokoyama. What are your responsibilities as a producer? I think American fans don’t always know what that role entails in the context of anime.

Yokoyama: Generally speaking, it’s about making the framework for anime. For example, if we have something with an original story, we go to the original creator and ask for their permission to make it into an anime. Or if it was an anime original, we’d go off with the creator and talk about how we should do it.

AG (Evan): So as an Aniplex producer, are you approaching original creators or manga publishers to adapt their work, or are they approaching Aniplex?

Yokoyama: There are different cases. For example, for BACCANO! and DURARARA!! (DRRR!!), I was the one who approached the rights holders to say we would like to have the rights to make it. In other cases, other people have approached us. But it’s really case-by-case. Every time it’s different.

It wasn’t really continuity, it was inevitability.

AG (Evan): You mentioned the BACCANO! and DRRR!! series. During production, did you try to maintain any sort of continuity in terms of style, staff, or other elements, since they’re from the same original writer?

Yokoyama: We weren’t really going for continuity. As you might know, BACCANO! and DRRR!! have many of the same staff, but then you may also notice that Natsume Yuujinchou (Natsume’s Book of Friends) largely has the same staff too. This is more because of the trust and the relationships that we have with those staff members. In terms of DRRR!! and BACCANO!, those were cases where, because the original writer and character designers were the same, it inevitably went on to attract similar staff. So it wasn’t really continuity, it was inevitability.

AG (Evan): This next question is for both Ms. Yokoyama and Mr. Toyonaga. DRRR!! has a pretty large cast. So, for both of you, what was the casting process like?

Yokoyama: Firstly, DRRR!! has many characters, and you can easily guess that the casting process was a very long one. For example, when we cast things, we take auditions from many voice actors (and we’re talking about “many” in terms of DRRR!! many) and we talk with directors, the staff, and the original writer about who would be most fitting for those roles.

Toyonaga: Firstly, I must say, it’s been six years since I auditioned for DRRR!!, so I am a bit fuzzy on things. When I was taking the audition, I auditioned for the character Mikado Ryugamine, the character I’m doing right now. But while DRRR!! only asked for the Mikado Ryugamine audition, some other anime series do many auditions for other characters. And on some other series, I would end up getting characters that were not in the audition at all! So there are various reasons for which characters I would get. But we could generally say that voice actors don’t really know what voice they’re going to be doing. DRRR!! is a story where everyone is the main character, but then, at the same time, the anime started off with my character being sort of the storyteller. So I believe that it was a great honor for me to be able to take that kind of role.

AG (Evan): Speaking of the large ensemble cast of DRRR!!, a lot of the other voice actors are very big names. Is it an easier or more difficult experience in the recording room to work alongside so many different talented actors while being this “sort-of” lead character?

Toyonaga: Although those famous and experienced people do provide me with a relaxed feeling, at the same time I do feel very tense around them too. So at first, surrounded by all those famous voice actors, I was going, “Am I really allowed to tell a story in this kind of crowd?” Alongside of that, I also had this feeling that I should kind of take what I can from them, and adapt some of their traits into mine … things that I could use for my acting in the future. 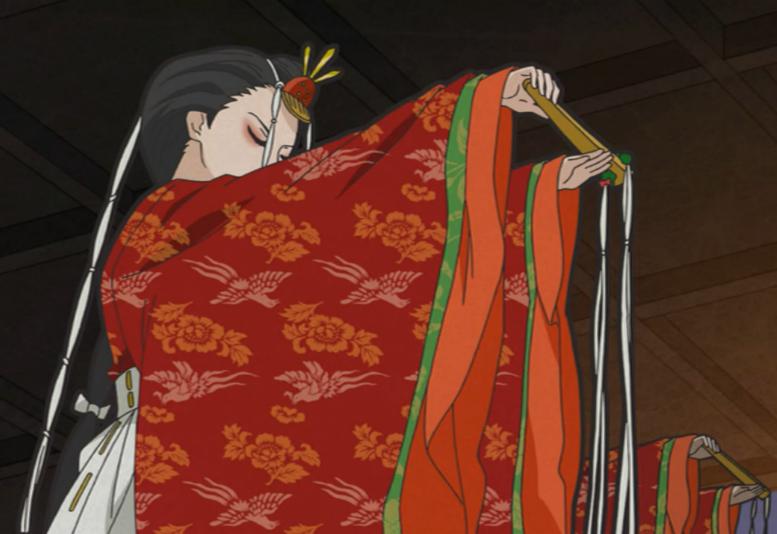 AG (Ink): Speaking of storytelling, what was the general atmosphere of the work environment when you were working on Chouyaku Hyakunin Isshu: Uta Koi. Were there any particular obstacles to overcome?

Yokoyama: As you might know, the series originates from a Japanese Isshu. It belongs to a series of songs, and as you could tell it’s kind of an omnibus with different kinds of characters, each with their own stories. And realistically, it’s something that everyone in Japan knows because they learned it in grade school. Those are characters that so many people know, so in a way it’s like taking a historical character and depicting them in the current day. Each person would have a different view of them, but then we need to take the average view of them and say, “Does it sound convincing for this character to be this and is it fitting for everyone’s images?” So I’d say that even creating a fully original character out of nowhere would probably be easier than casting the voice for the characters for Uta Koi. We carefully, carefully, chose the characters and cast.

Creating a fully original character out of nowhere would probably be easier than casting the voice for the characters for Uta Koi.

AG (Ink): Did Chihayafuru preceding Uta Koi make it any easier to get Uta Koi into production? 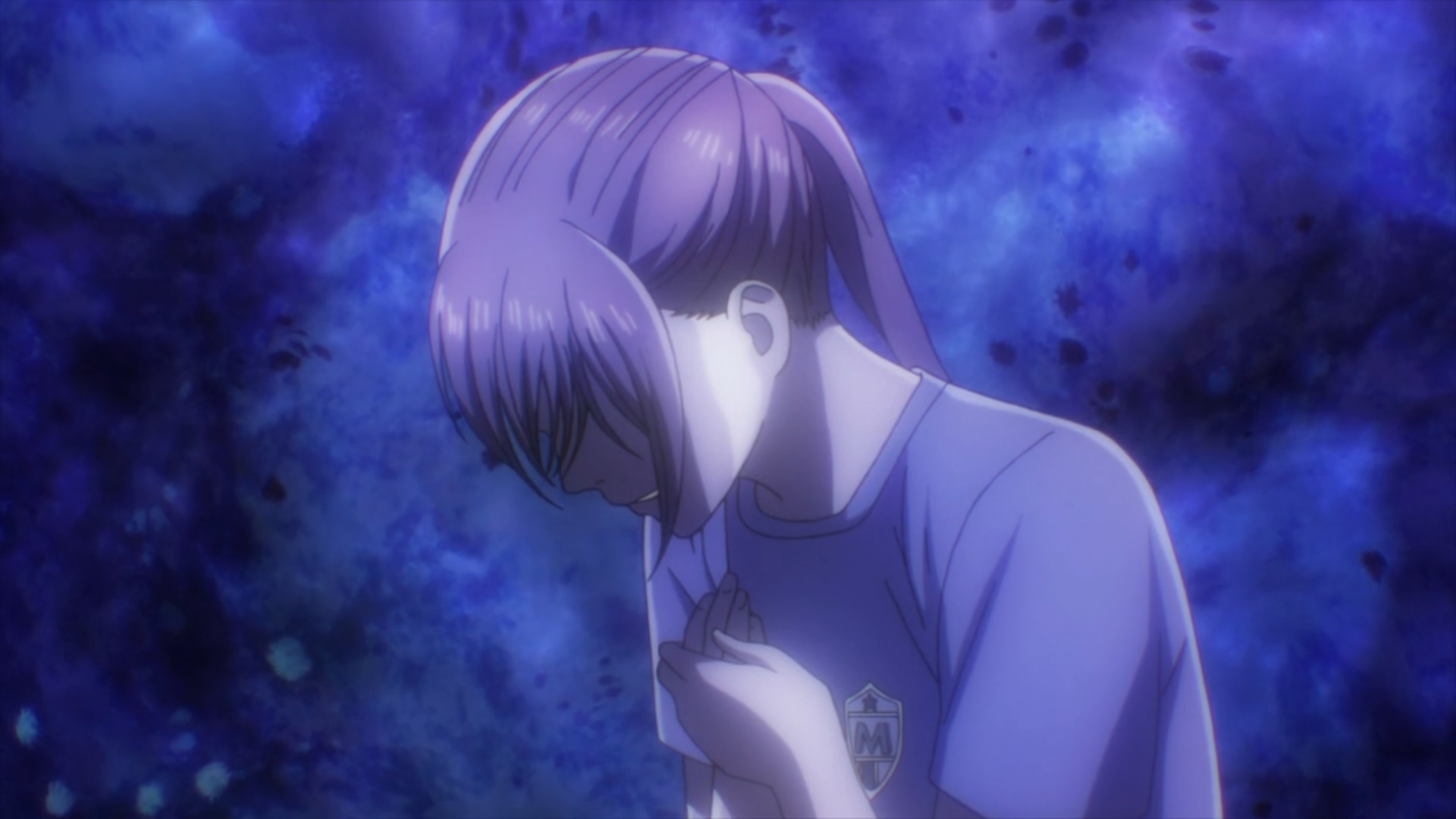 Yokoyama: I actually don’t think it had that much of an impact. First, Chihayafuru is by a different production studio and all, but I would also say that the audiences and the topics themselves are very different. Because Uta Koi is more about the characters inside the Japanese Isshu, While Chihayafuru is more about the game itself. And I would say that the audience for Uta Koi leans a bit more toward the mature female direction compared to Chihayafuru.

AG (Evan): What is the audience for Chihayafuru if not mature women? (laughs)

Yokoyama: I believe Chihayafuru is more for a diverse audience, say even kids to old people – more generalized.

AG (Ink): Do you have a favorite poem from the Hyakunin Isshu?

Yokoyama: I would have to say Ono no Komachi.

Toyonaga: Embarrassingly, as a Japanese person, I don’t really have too much knowledge about Japanese Literature. I think even Japanese people, if they don’t have an interest, maybe they only know one or two.

AG (Evan): I have a question for Ms. Yokoyama. Just looking at some of your credits, it looks like Kamichu! might have been your first job as a producer. Was it your first job? And if so, what was that like?

Yokoyama: I would say that on Kamichu! I was more of an assistant, and BACCANO! was the first anime I was able to produce by myself as an individual producer.

AG (Evan): So what was the difference between starting out as an assistant producer versus working as a “real” producer?

Yokoyama: I’ve previously said that producers are people who pretty much lay out the framework. Assistant producers are people that make parts of those frames fit. It’s more about making the details come together, making the ends come together, so that you can realize the frame that the producer has laid out. So in terms of the creativeness, I think the producer is actually the more creative side, and the assistant is there for mainly support.

AG (Evan): There are a lot of characters in DRRR!!, so who’s your favorite?

Toyonaga: I’d like to say Celty, but I think that’s Ms. Yokoyama’s favorite character. So I’ll refrain from saying that, and I’ll take a new character. It’s probably Akane (Awakusu). I was thinking that since Akane, who came in from Season 2, she’s a grade-schooler. And in the world of DRRR!!, where does she fit in? I found that very interesting.

I can’t really stop myself from saying Celty’s cute.

Yokoyama: For me it’s Celty. Although I have to say that I feel like a parent in loving them all. But I must say Celty is cute. I can’t really stop myself from saying she’s cute.

We’d like to thank the staff at Otakon and Aniplex that made this interview possible, including Alyce Wilson and translator George Endo. And a big thank you to Ms. Yokoyama and Mr. Toyonaga for taking the time to speak with us!