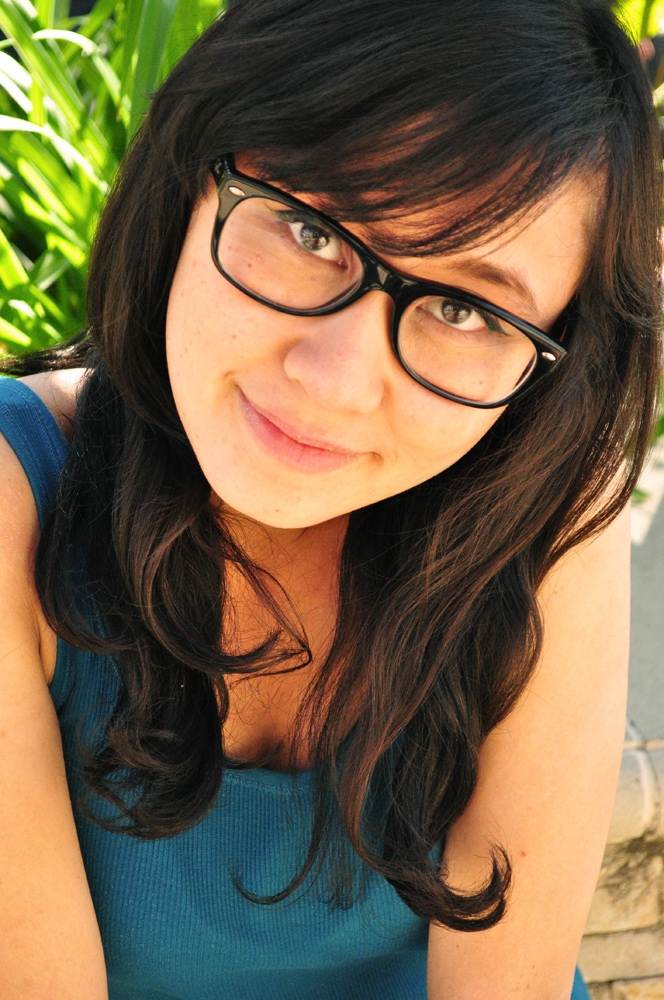 In the first of our two interviews from Otakon 2012, Ani-Gamers bloggers Evan Minto, Ink, and David Estrella sit down for a conversation with Christine Marie Cabanos, an anime voice actor who has played such roles as Azusa Nakano in K-ON!, the title character in Squid Girl, and the lead character Madoka Kaname in Puella Magi Madoka Magica.

We'd like to thank Otakon's guest and press relations staff for setting up the interview and Ms. Cabanos for taking the time to answer our questions.

Ani-Gamers: Christine, you were an anime fan before you became a voice actor. A lot of anime fans are always asking, "How can I become a voice actor?" and it sounds like you're sort of living that otaku dream. You set out to be an anime voice actor, right? So how did that happen? Tell us the story of that.

Christine Marie Cabanos: Well, like you said I've been an anime fan since I was little, like in 6th grade or even younger, and I also had a lot of vocal training throughout my life, so I kind of just put two and two together. I actually started out online, so I would do little projects here and there like iPhone apps and such.

CMC: Yeah, non-anime. And then I started taking workshops with Tony Oliver, who's great. He's one of my mentors.

He liked my voice and suggested, "Oh, you should go tot he studio and do background voices." And it just kept leading to more and more things. I got my first audition with K-ON! and it just took off from there.

AG: So naturally, the question is, as an anime fan, what kind of shows did you watch and do you watch? 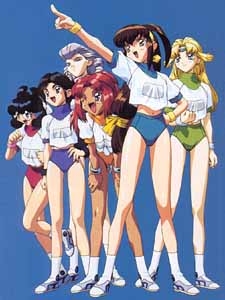 CMC: When I was growing up I watched Sailor Moon. I think every little girl watches Sailor Moon. I actually consider Cardcaptor Sakura to be my first anime. I would get a lot of these from friends, so I watched things like Battle Athletes — the OVAs. I love that series so much! Also Love Hina and Angel Links. There's so many that I watched and I can't remember them all!

AG: Now that you're working in the industry, do you still watch anime or are you burnt out on it?

CMC: I do watch it, but it is different. I don't enjoy it in the same way I did when I was little. My business brain just thinks about all the technical things when I watch. It's different, but I still enjoy it.

AG: You mentioned Tony Oliver was your mentor. Before you started acting in anime, did you have any favorite anime voice actors? Did you follow the voice actor scene?

AG: [Laughs] Yeah, he has an amazing voice.

CMC: Yeah, he's incredible in person when you hear it. It's just like it is in his shows. AG: How has that been, actually? These are people who you were a fan of and now you've worked with them. How does that feel?

CMC: It's really surreal. I just did a show where I played Minowa in Mahoromatic for the OVA and it had all the original voice cast. So I played alongside Bridget Hoffman and Wendee Lee and Michelle Ruff and all these wonderful people who I've admired for so long. It's just unreal.

AG: Do you have any interesting stories from the recording booth?

CMC: Well, we have our one director, the director for Madoka Magica [most likely she's talking about Alex Von David], and he just jokes around all the time and he likes to write gag lines that we would say and not tell anyone else, like the engineer or the client in the booth.

AG: [Laughs] So they're the audience for it?

AG: I know sometimes they actually release those. 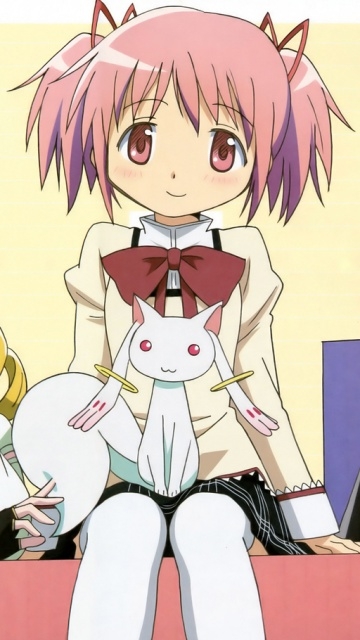 CMC: They do! At the panel for Madoka Magica today, we're doing a blooper reel of those.

AG: You haven't had a ton of roles in anime, but the roles you've had have largely been leading ones. So ... how did that happen?! [Laughs]

I'm so grateful. Even though I'm so new, all the characters that I have been have had such a great fanbase already and I've just been blessed to play these characters. I love them all.

AG: You mentioned earlier that the way you watch anime has changed because you think about the technical aspects in shows. Does that include saying, "Oh, I'd really like to voice this part"? How do you go about choosing roles that you'd like to play?

AG: The Madoka dub has actually gotten some critique from fans who think it's really inaccurate — as all shows do. Have you seen a lot of positive reaction from fans?

CMC: I've seen so much positive reaction. At the panel we did at Anime Expo in LA, we had all the girls together and the room was packed. It was just incredible. I've only heard good things from people.

AG: How do non-anime industry people react when you explain that you voice Japanese cartoon characters?

CMC: Sometimes they don't get it. I mean, my most recent thing with that was when I went to the doctor and I had to write my occupation on the paperwork and he was like, "What is anime?"

AG: And are your parents anime fans? I know you said you watched it as a kid.

AG: That's it! Thank you so much for your time, Christine.

You can find more information about Christine Marie Cabanos on her official Facebook page and her entry on the Anime News Network encyclopedia.