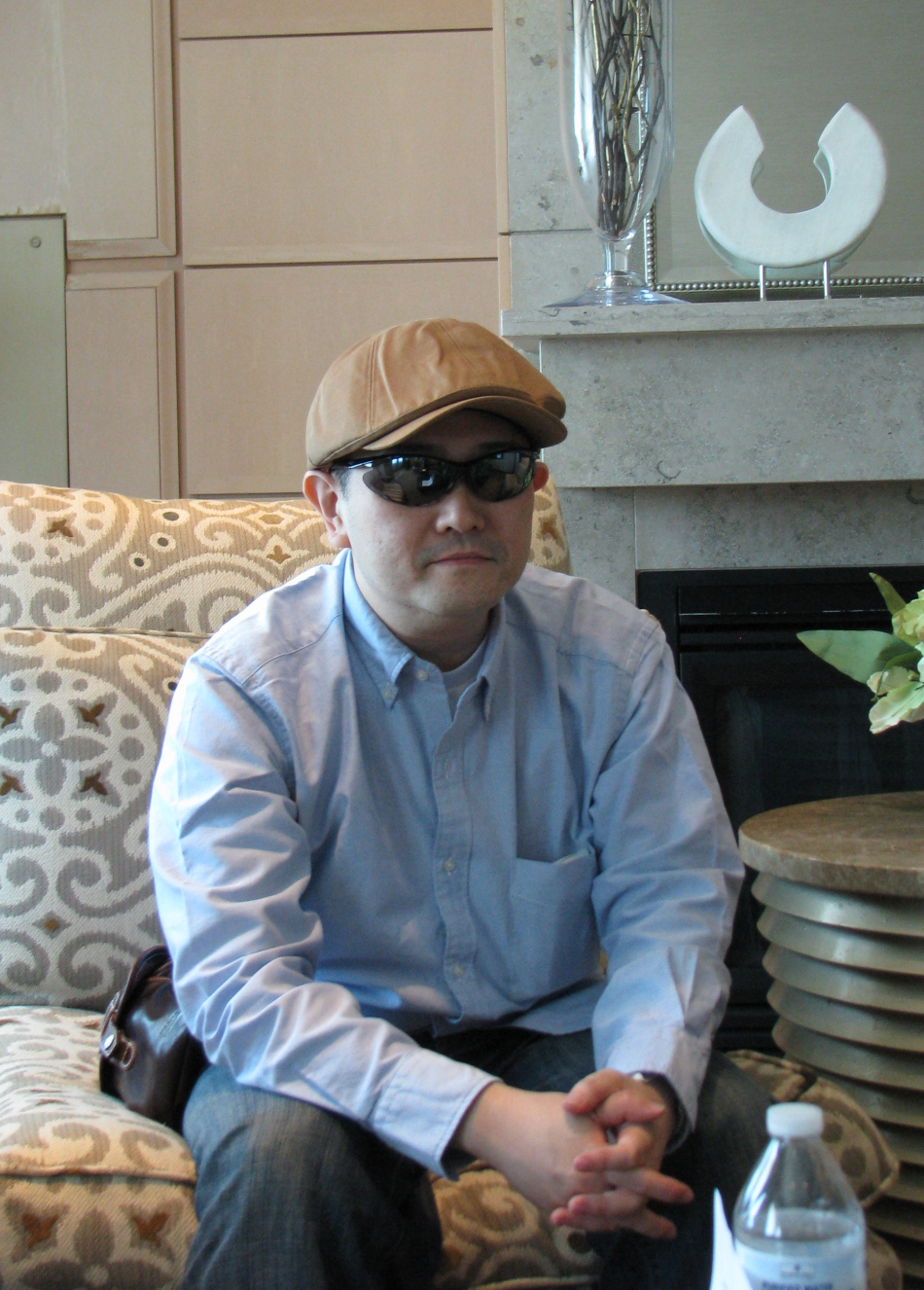 Due to their hectic schedules, appearances by manga creators at any convention, let alone those on the USA's distant East Coast, are relatively rare and precious occasions. Thanks to the graciousness of Rei Hiroe and the diligent staff at AnimeNEXT, I was lucky enough to sit down for a one-on-one interview with the creator of the action-tastic Black Lagoon manga. Mr. Hiroe comes across as very laid-back but, like the best creators, gets very animated when talking about the things he loves. It was a great pleasure to talk with him about his inspirations for the stories and characters of Black Lagoon and how they relate to our world.

Ani-Gamers (AG): What inspired the stories of Lagoon Company?

Rei Hiroe (RH): It started when I started watching a lot of the news that came out in the ‘90s. In particular, a lot of things that were happening in Southeast Asia involving the operations of pirates. Around this time, I decided I would do a comic about that — wondering what it was like for people operating during those times. I also drew inspiration from Hollywood movies from that era as well. So the combination of those two things served as the base for what I created.

AG: Action scenes you draw balance humor and violence really well. They remind me of Pulp Fiction, an American movie, and I was wondering if there were any specific Western influences that you draw from for action scenes.

RH: You mentioned Pulp Fiction, and I do draw inspiration regarding the balance of action and comedy from Tarantino’s other films. Also Robert Rodriguez. I also draw inspiration from Hong Kong Films, for example the triad movies of the ‘80s and ‘90s, such as stuff by John Woo and Chow Yun-Fat, among others.

AG: What kind of research did you do, if any, in creating the world that you drew?

RH: Because it’s a period piece of sorts, and since Black Lagoon features a lot of stuff like the mafia and the military, I basically did a lot of research for that. For mafia and military stuff, I watched documentaries and read a lot of books.

AG: How about the character designs? Were they modeled after anyone specific, or were they straight out of your imagination?

RH: The characters were not necessarily based off of anyone in particular per se, but, again, from watching films in particular, I would arrange things, and that would kind of shape the characters. There is one person, however, Mr. Chang, the leader of the triads, where he does have a resemblance to Chow Yun-Fat. Also, I do refer to real firearms for their weapons.

RH: I do have an interest in guns, but I’m not a major aficionado per se. I enjoy drawing gunfights — putting it all together. In particular, I like the Kalashnikov, the AK-47, and also guns that are seemingly easy to use. But I’m not a gun maniac (laughs).

AG: How did having an anime adaptation of your manga affect your schedule as a manga-ka?

AG: Black Lagoon was received very favorably in the USA. I was wondering what the reaction to it was in Japan and what about your manga appeals to today’s world.

RH: In terms of the reaction to my series in Japan, it was positive. As for myself, I’m not actually sure why (laughs). For example, which demographapic did it appeal to? I myself am not really sure. One of the things that might be a factor would be the fact that you don’t quite have the same type of Hollywood film-style manga featuring the mafia and this kind of stuff, especially with the main characters interacting, in Japan. So maybe that’s a factor, but it's hard to feel it. Going back to the foreign reaction, it’s the same thing. Maybe the reason I’m here is to know why you guys enjoy Black Lagoon. I’d like to know, to have people tell me.

In terms of what it says about our world … of course, this is entertainment, but there’s also a lot of this stuff that happens, like the background of characters, , such as poverty. For example, the main character, Rock, lives in the world with international conflicts. I would like people to read Black Lagoon by feeling such backdrops.

AG: At least from what I’ve witnessed at conventions like this, where the adaptation, which mirrors your manga almost per panel, has been screened in video rooms, people really tend to respond to the fast pacing, great action sequences, and the love story that’s woven in there. It’s got a little bit of everything and resonates as a solid, enjoyable story that’s easy to sink into. And for me, I love to see just how crazy the characters and action get.

RH: Ah, thank you very much! I appreciate hearing that.

AG: What do you plan on doing with the rest of your time here in Atlantic City, New Jersey?

RH: I’ve already spent some time walking around Atlantic City. So since I’m already in this area, I’d like to go to New York City.

We'll be back soon with more coverage from AnimeNEXT 2016.