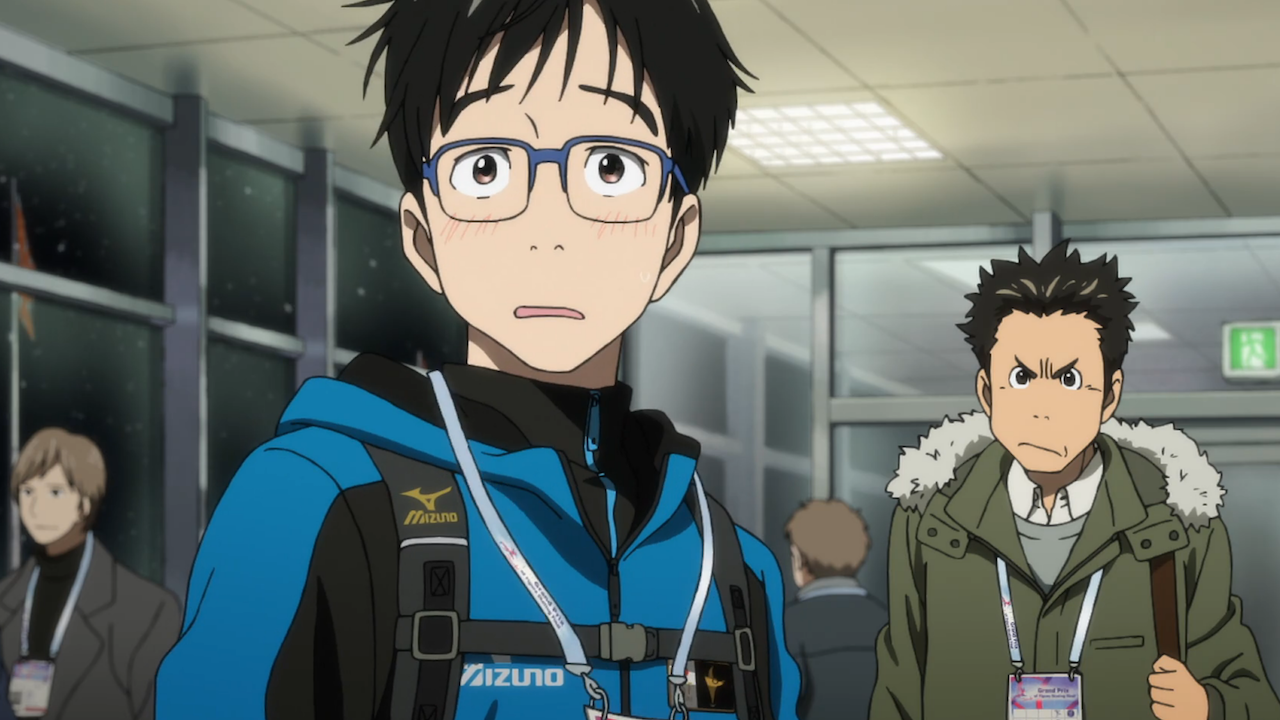 I’m not particularly fond of ice skating, either in practice or seeing it performed. I can count on a single hand the number of times I’ve laced up a pair of those blade-equipped shoes and stepped out on the ice. As far as watching the sport, I think I may have seen a minute or two of figure skating during some prior Winter Olympics only to have my eyes glaze over in boredom. Suffice it to say, I’m a far cry from what you’d call a figure skating fan, so the fact that Yuri!!! on Ice is one of my favorite new shows this season comes as a genuine surprise and serves as a testament to the show’s broad appeal — one which expands far beyond the confines of an ice rink.

I know I’m not alone in feeling this way as there’s no shortage of praise being showered upon this series for reasons other than its stunningly rendered skating sequences. Many have rallied around the budding romance between Yuri and Viktor, another aspect of the series that I cannot relate to, nor one that I find all that compelling, and yet I eagerly anticipate the arrival of each new episode every Wednesday. But why?

The answer to that question lies within Yuri!!! on Ice’s incredible first episode, which offers up some of the best 24 minutes of entertainment I’ve consumed all year. In the episode, we are introduced to Yuri, a Japanese figure skater fresh out of college, who, like many in their mid-20's, is going through some major life changes. Thanks to a crushing defeat that shatters his spirits and confidence as a skater, Yuri spirals into a depression that makes him eat one pork bowl too many. In search for his place in the world, Yuri looks to world champion figure skater Viktor Nikiforov as his compass, but a brief (and somewhat humiliating) encounter with the man he’s idolized ever since he was a child leaves Yuri questioning whether he’ll ever skate alongside Viktor as equals. 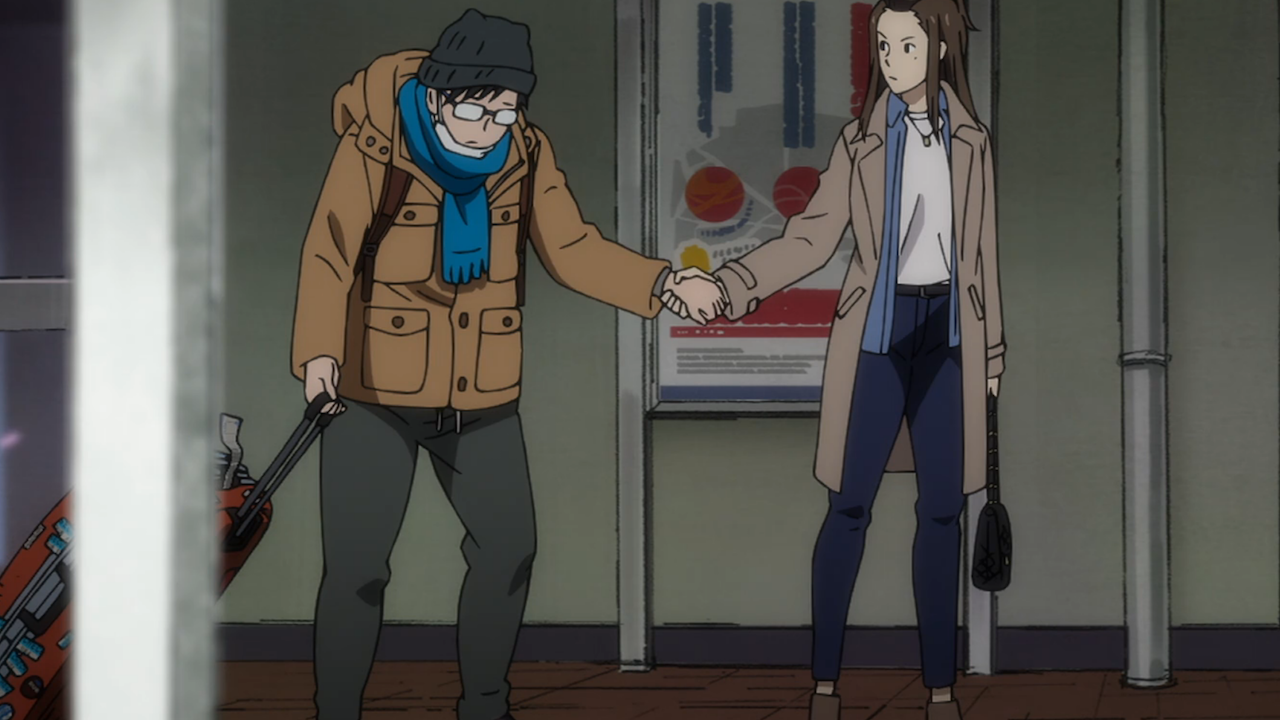 While I’m a few years older than Yuri, his situation immediately resonated with me. After graduating college, I found myself torn between the seemingly infinite number of paths set before me and battling bouts of depression when the bitter realities of life struck me like a ton of bricks. I desperately struggled to carve out an identity of my own while looking to some of my own role models for direction. Much like Yuri (and I’m sure many of you), I too have aspirations to stand on equal footing with those that I admire.

Yuri’s desperate desire to be like Viktor is perfectly illustrated during a flashback in the first episode, during which we learn that, as a child, Yuri got the same type of poodle as Viktor and even named the puppy after him. While I haven’t gone so far as to seek out the same breed of dog as one of my role models, I’m certainly guilty of mimicking some of their mannerisms and clothing choices in an attempt to be more like them. In fact, we see the same sort of mimicry in a later scene wherein Yuri replicates one of Viktor’s skating routines … which coincidentally goes viral on the web and catches the eye of said skating icon. One thing leads to another, and Viktor ends up surprising Yuri by traveling to his hometown with the intention of coaching him. 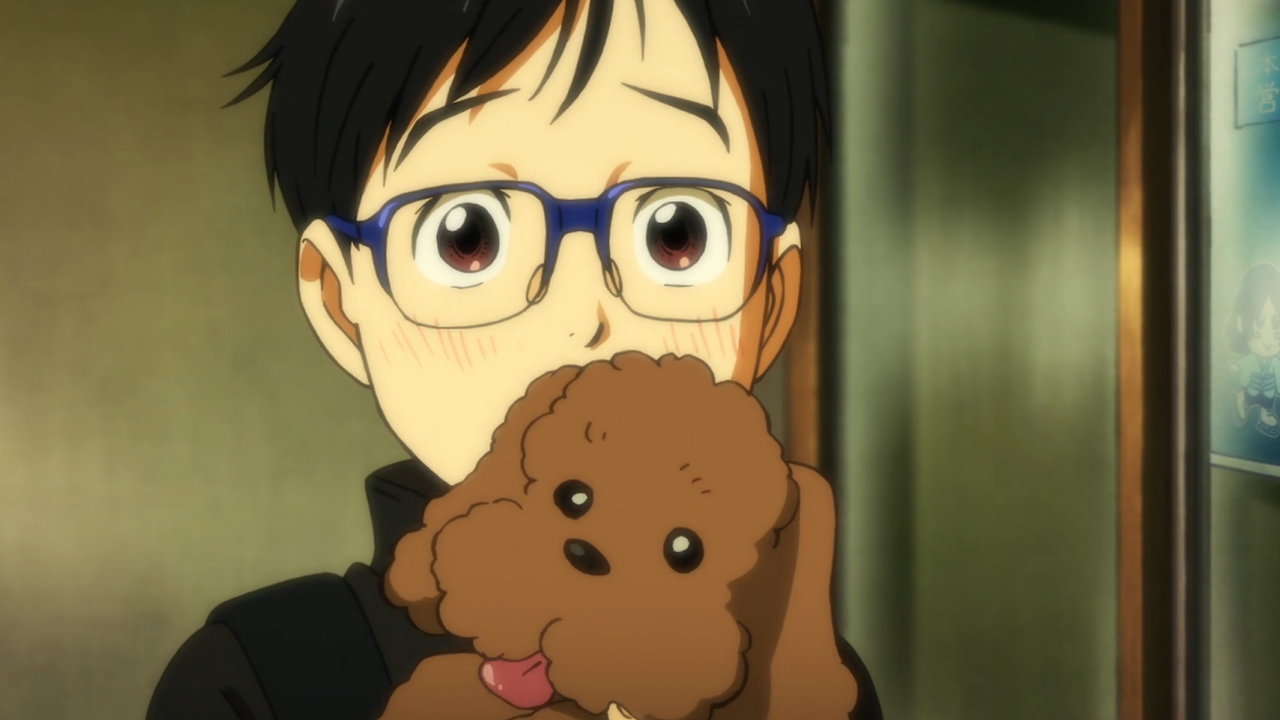 Watching Yuri’s dream scenario become reality, and his accompanying befuddlement as he slowly begins process what is happening, is a joy to behold. Who wouldn’t jump at the opportunity to be mentored by their hero? Viktor not only wants to coach Yuri but drops everything he was doing to fly across the world to nurture the potential he sees in his admirer. I’m sure I’m not the only one who would be dumbstruck with joy to have a hero from childhood take a vested interest in me.

What follows is a relationship (romantic or otherwise) that not only stretches Yuri to challenge and surpass the preconceived notions he has of his own capabilities but also one that casts his mentor in a new light — the world champion fumbling his way through learning to be a good teacher. As Yuri!!! on Ice continues to build on that solid foundation eight episodes later, I implore anyone who has written off the show because of its romantically-charged ice skating premise to give it a shot. I’m sure glad I did.