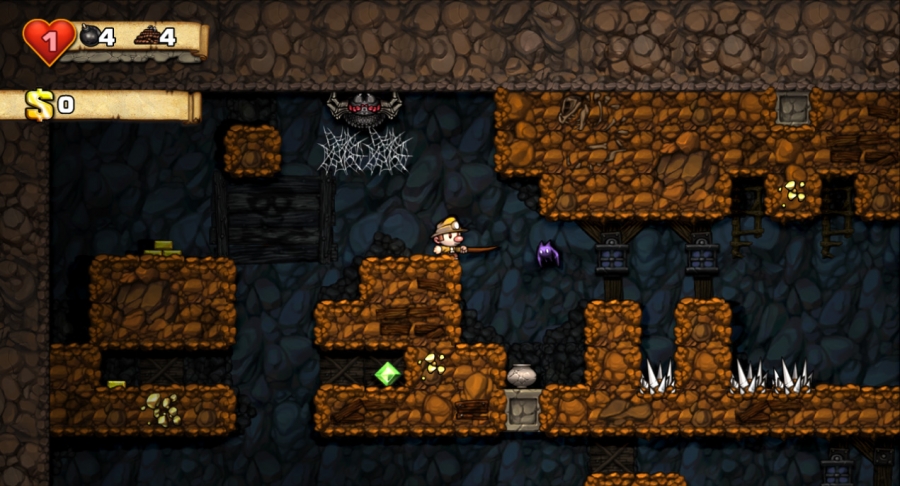 This summer, on a whim, I downloaded the HD port of Spelunky, an Indiana Jones-y platformer about exploring caves for treasure, on the Xbox 360. Game journalists in my Twitter feed, as well as podcasters Dave & Joel, had been talking up the game, so I decided to give it a try. And another try. And another try. Because Spelunky isn't exactly a linear game — it's a platformer that sends you back to the beginning of the game EVERY time you die and reshuffles the map so that no experience is exactly the same.

Then, in the fall, I picked up FTL ("Faster Than Light"), a game that seemed to defy the very notion of genre itself. In FTL, you control a spaceship and warp it from system to system while trying to reach the rest of the Imperial Fleet before the Rebels catch up with you. Each time you reach a system, a variety of things can happen: pirates can attack, a rebel fighter can ambush you, giant alien spiders can board a nearby space station ... the list goes on. You must react by micromanaging your ship's crew and systems to deal with whatever comes your way. What happens when you die though? You start from the beginning, and the whole map reshuffles. Oh boy.

As many gamers who have been around longer than me will no doubt already know, these kinds of games are called "roguelikes," after Michael Toy and Glenn Wichman's 1980 dungeon-crawler Rogue. The whole game was displayed with ASCII characters, but more influential was its play style: maps were created procedurally; when players died, they had to start all over (often called "permadeath"); and the gameplay was turn-based. Of course, Rogue was itself inspired by popular tabletop RPG Dungeons & Dragons, so many of its features came from that game.

Since Rogue gained popularity on UNIX systems in the 1980s, the term "roguelike" has come to describe any RPG with permadeath, procedurally generated levels, and turn-based gameplay.

Since Rogue gained popularity on UNIX systems in the 1980s, the term "roguelike" has come to describe any RPG with permadeath, procedurally generated levels, and turn-based gameplay, but other genres have started to worm their way into the roguelike lexicon. Spelunky, for example, is sometimes described as a "roguelike platformer," as it takes aspects of roguelikes and applies them to the platformer genre. FTL, on the other hand, is much more typical of a classic roguelike, and its creators even call it a Roguelike on the official site (or, sometimes, a roguelike-like).

As someone totally new to this genre, it really blew me away. Yes, I realize that all you cool kids have been playing roguelikes for years, but give this newbie a chance to revel in the excitement of a newly discovered genre. Most platformers rely on some level of memorization — especially very difficult ones, like the old Megaman games or Bit.Trip Runner (a recent favorite of mine). You run through until you die, start from the beginning, and run through again until you get a little further. Every time you progress, you learn something new and formulate a plan to get past the next obstacle. Unfortunately for me, this doesn't work in Spelunky! 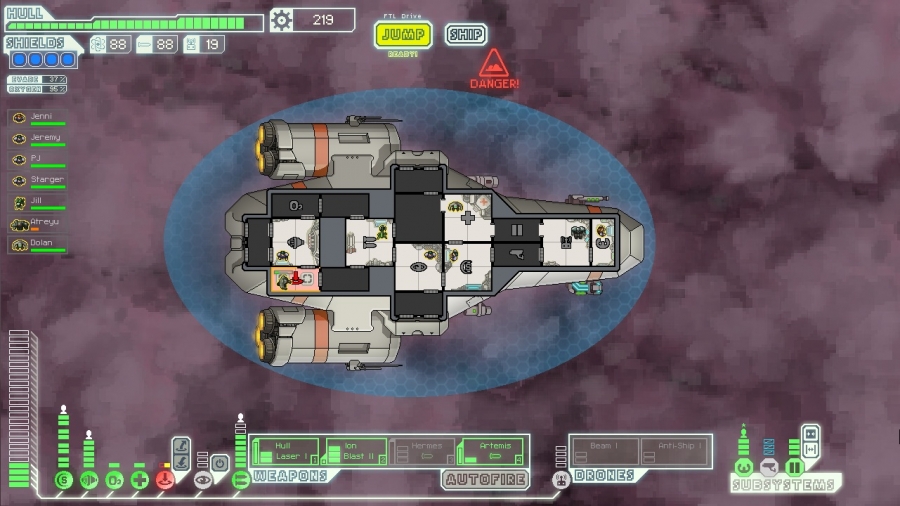 In Spelunky and FTL, the world changes every time you die, so you have only one option: get better at the game. It's the equivalent of teaching a classically trained pianist to improvise jazz music. This musician has learned her whole life to run through the music and play every note exactly, but now she has to improve her ability to adapt rather than her ability to memorize. This has particular impact in a game like Spelunky, which co-opts many of the mechanics of the memorization-heavy platformer genre.

It's humbling to know that you can't always win, and, importantly, this knowledge creates a more profound feeling of success when you do.

My 2012 crash course in roguelikes has given me a new appreciation for the genre. The addition of a few key gameplay mechanics — permadeath and procedural generation — is somehow able to transform otherwise rote genres like the platformer into wholly new experiences, experiences that make me think about video games in new and interesting ways. Sure, they may not all be "pure" roguelikes, but I'm looking forward to more games like Spelunky and FTL that will further merge genres to create fascinating new forms of gameplay.

Spelunky is available for free on PC, and the HD port is available on Xbox Live Arcade. FTL is available on Steam and the game's official website (it's on sale as of this writing). Rogue is available via multiple unofficial sources online that I can't confirm the legitimacy of. You may have to do some Googling of your own to play it, though this one looks OK.