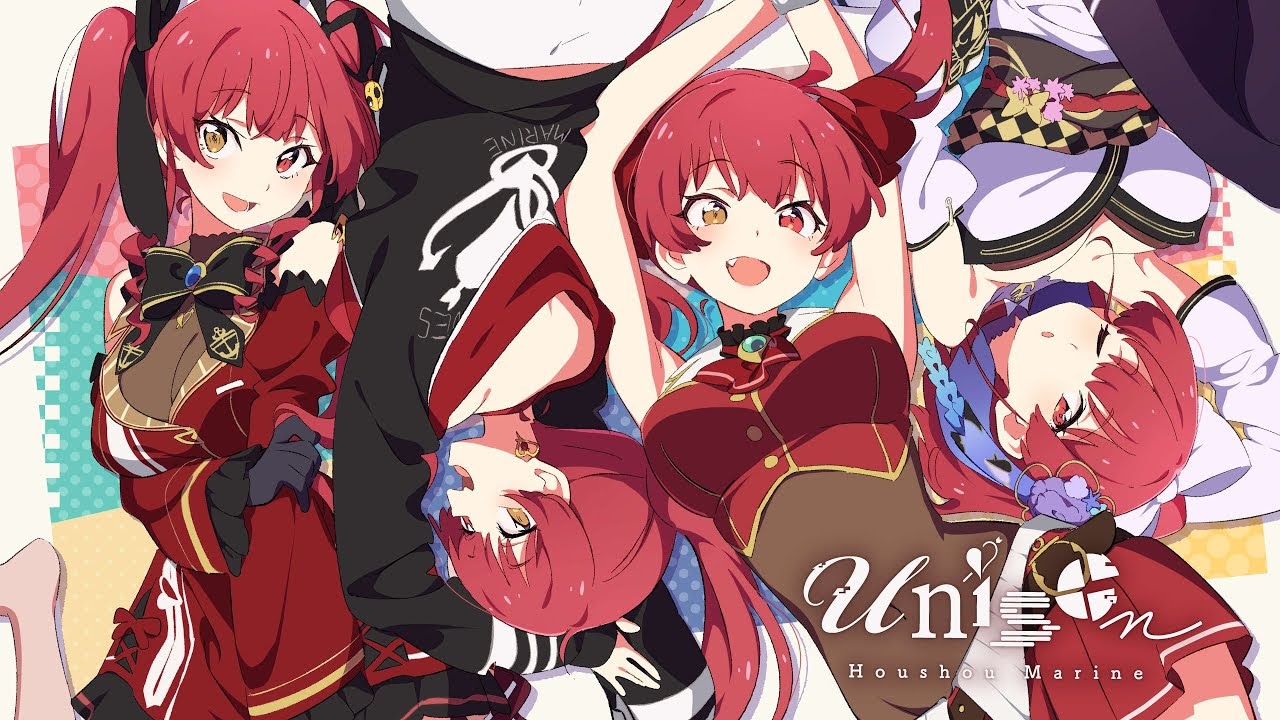 Houshou Marine, the pirate-themed, charisma bomb of a vtuber, recently passed the two-year anniversary of her debut. In that very brief period her career has gone from strength to strength, and you’d expect her to celebrate by cracking open the Pét-Nat and having a long, well-deserved rest from her exhausting work schedule. Instead, she chose to mark the occasion by releasing (albeit in the roundabout sort of way that is unique and so very entrancing about vtubers) the single “Unison” – a fascinating, achingly honest piece of music about her life and career.

It’s a delicate alchemy, choosing what parts of your personality and personal history need to be exaggerated or played down, and then turning them into aspects of your character.

Vtubing, while not a new art form exactly, has experienced a second explosion in popularity and growth over the past 18 months or so. It’s easy to shorthand vtubers as “anime characters being performed live,” or lump it in with the more broad category of livestreamers: A real time performance with a virtual avatar that responds to the performer’s facial expressions and movement. But that’s the form of vtubing, the aesthetics, and largely doesn’t explain what draws people to a performer. As a style of performance, vtubing sits at the axis of lived experience and art, of the performer's personal story and their fiction. On the one side is the constructed and hyper-earnest culture of oversharing: YouTube, tiktok, Vine (gone but not forgotten). On the other, the hyper-real of pure fiction, anime television, cinema. In the middle, able to pick and choose the best aspects of both and reject the worst excesses, the vtuber.

It’s a delicate alchemy, choosing what parts of your personality and personal history need to be exaggerated or played down, and then turning them into aspects of your character. Vtubers have to be in character for hours on end, several times a week if not every day, and as a result are able to rapidly cultivate their art, allowing them to create dense mythologies and engage an audience with their personality in very short periods of time. Where more traditional fiction can take weeks or months to build up and pay off, vtubers have a modern, Internet culture immediacy. Internet phenomena like vlogging or react videos place a high emphasis on a cultivated sense of earnestness, of feeling “real” and genuine and sincere. Vtubing emphasizes the artificial, the character and performance, and leans heavily into being fiction.  It can seem simple, the basic foundation of vtubing being video game streaming, but with the right blend of character and performer it becomes something much, much more than the sum of its parts, a unique modern art form given this specific moment in time to truly shine.

The indirectness, the distance between the audience and performer, helps build the mystique of the vtuber.

The idea of streaming as a career, not just vtubing, can seem from the outside as if it’s amongst the more enjoyable ways to make a living. This ignores the obviously taxing nature of even doing it as a hobby let alone as a career. Vtubers, after all, deal with the constant scrutiny of being online as well as the stress of being “on” and performing for hours on end. Not to mention that, for the vast majority of performers, all that stress does not even translate to enough money to pay the bills. Then you have the dueling desires for privacy and the performance –  to take what’s happened to you in your life and use your alchemy to turn it into your character. It’s no wonder some vtubers, keenly aware of the masks they put on and take off in different situations, often talk about feeling fractured. I'm nowhere near as down on the long-term stability of vtubing as a job as many, but the question is there. This can only be heightened for the performers, many of whom have spent years slowly building an audience to make a living off of their art, and who for the most part had to leave all of that behind to start a new career and debut with a corporate vtuber agency. Whilst debuting with an agency like Cover can give a performer a certain degree of financial stability, it also means giving up a great deal control over your work, starting again from scratch with a character the company has the rights to, in a direction it thinks is best. 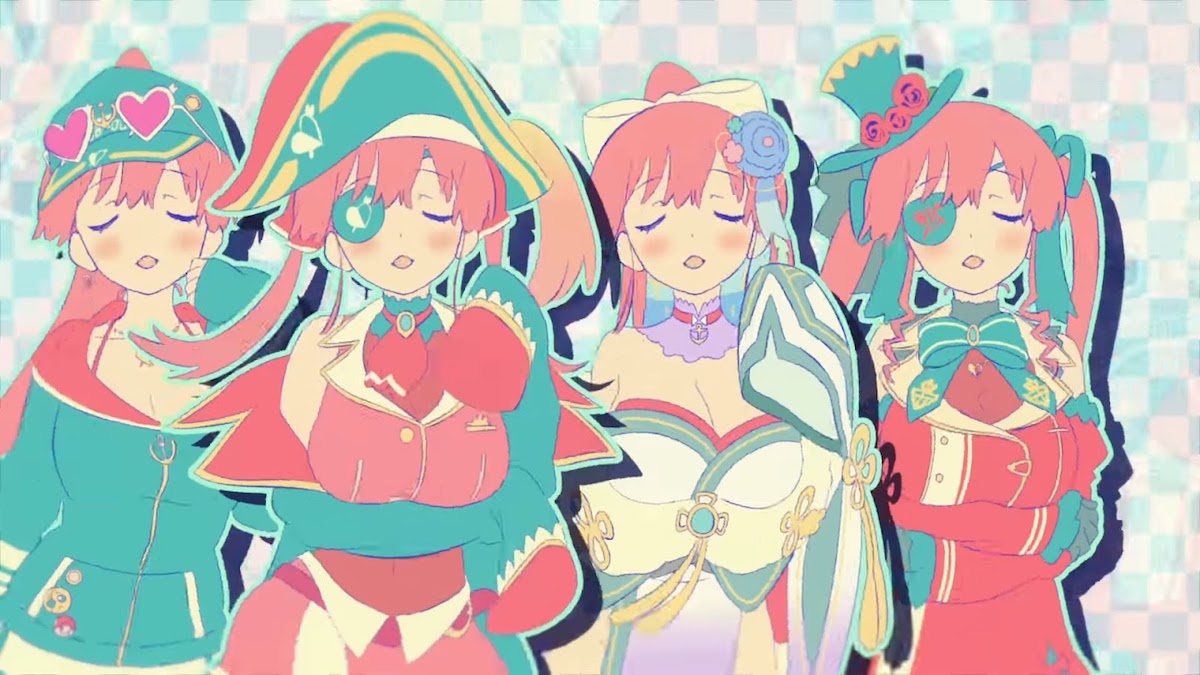 For independent vtubers and corporate vtubers alike, making money off of donations and merch sales that give a decent cut to someone else, and paying income tax on top of that, must feel disheartening, even in an age where any “regular” job long ago stopped being a guarantee of financial stability. Marine herself has credited her success to family support, and many others have a regular job while they try and build up enough of a following online to make a living. Marine shares her anxieties and struggles with her audience, sometimes as a joke (such as her references to her age), sometimes stating it directly, but more often than not indirectly, laying breadcrumbs and allowing you to read between the lines. The indirectness, the distance between the audience and performer, also helps build the mystique of the vtuber, even if the majority of fans are content to allow them to keep their identity a secret.

But then, Marine released “Unison”. In her second original song, Marine takes her spoken and unspoken worries, the fractured pieces of her stage persona, and the person underneath and asks very simply to be chosen. It’s a heavy, deeply personal piece of music that draws upon both the brief but rich history of the character and vtubing itself. To choose her, to accept the multi-faceted, flawed, and even contradictory parts of Marine that she shares with you, is to bundle them all in your hands and will them into a whole. It’s a song about healing and growth, aching to set aside the worries and precarity of what it is that she does, through her art. But this can only happen in exchange for you, the audience, loving her. As the music fades out, the last lyric asks you not to leave no matter what happens.

Choosing her is to heal her, to let her continue to be Houshou Marine, to make her personal doubts and pain go away through the power of art.

In her first single, “Ahoy! We are the Houshou Pirates,” the ocean and piracy were a type of freedom and adventure — the kind only available to those uninterested in what society expects of them. Marine, a lifelong otaku, has often talked about her personal struggles and relishes both the community and sense of purpose her career gives her. However in “Unison,” we see this theme reversed: the ocean is cold, frightening; the ship’s hull breaches and must be run aground. Marine’s sense of isolation is tangible. A tall ship simply can’t be sailed by a single person.

From a purely structural standpoint, calling “Unison” a departure is something of a stretch; anyone even passingly familiar with Japanese popular culture knows there is little strict adherence to genre. But the song legitimately differentiates itself from the polished idol pop most of the Cover (the production company Marine works for) performers release through its deep, pounding base line with a frenetic and bubbling counterpart as well as Marine’s oddly syncopated vocals leading into the long, lingering notes of the chorus as her emotions reach a boiling point.

The song taken as a whole speaks to the healing power of art and performance. The things that are going on in Marine’s life, both the things she’s chosen to share with us and made part of her character, as well as what is undoubtedly a hundred and ten million other things she keeps private, are temporary and, more importantly, solvable. Choosing her is to heal her, to let her continue to be Houshou Marine, to make her personal doubts and pain go away through the power of art. Anyone who makes art and anyone who loves art, who has ever been touched in their soul by a unique and significant work, understands perfectly what “Unison” means.

The detrimental health effects of this kind of career can be pretty bad even compared to sedentary white collar workers like myself. As of this writing, Marine is taking a break for health reasons. I hope she gets a long, restful break and comes back to us when she’s better. Her previous break wasn’t as successful; the psychological healing-via-performance took precedence over the physical medical-healing-via-rest she truly needed. I hope she gets it and is back at full force, sublimating a new set of experiences into her performance – the unique vtuber art.

I choose you Marine. No matter what happens, I’m here, and I’m not going to leave. 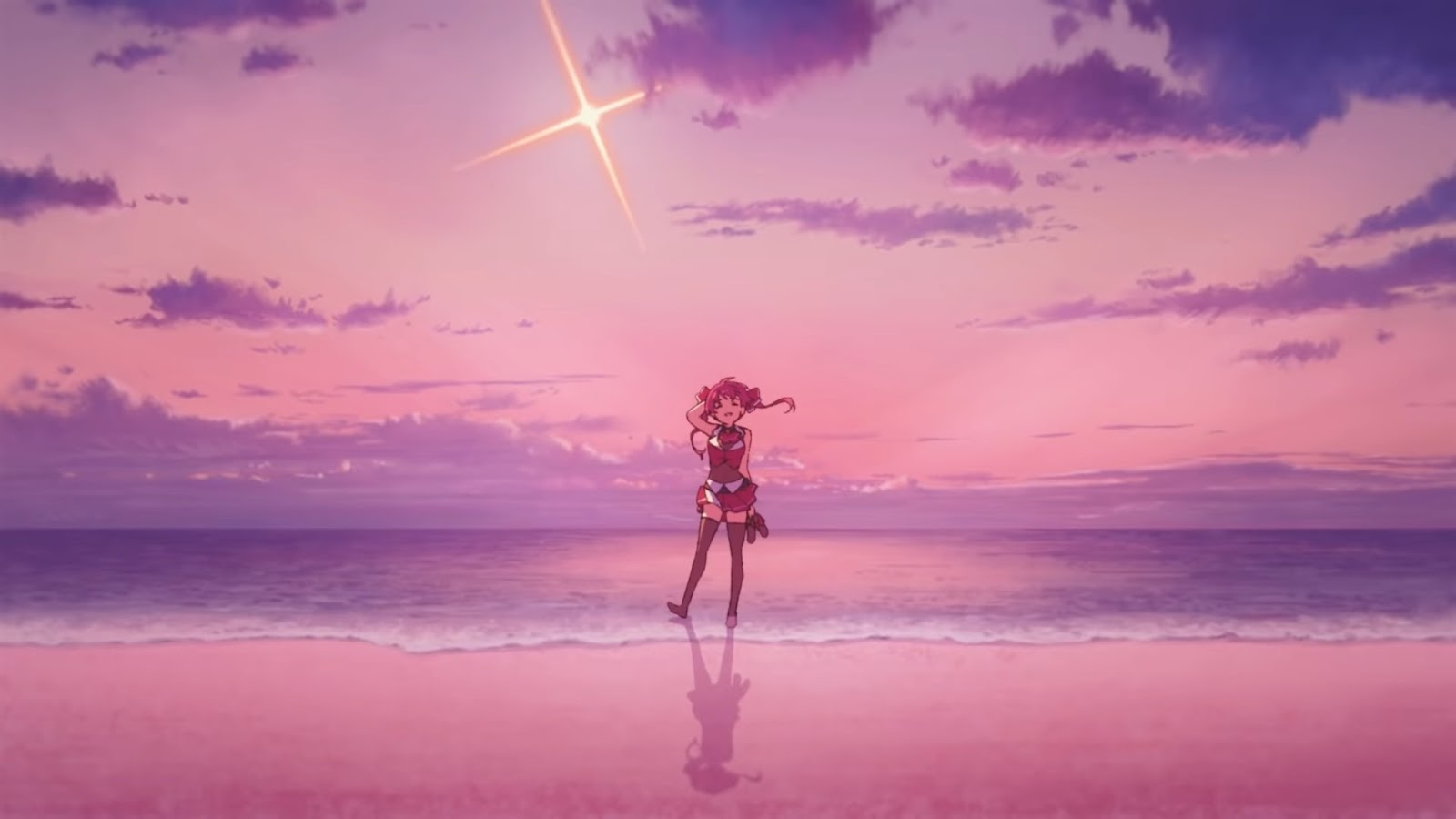 Also, management, please just let me give you money for music so I can listen to it again and again rather than just fucking streaming it.