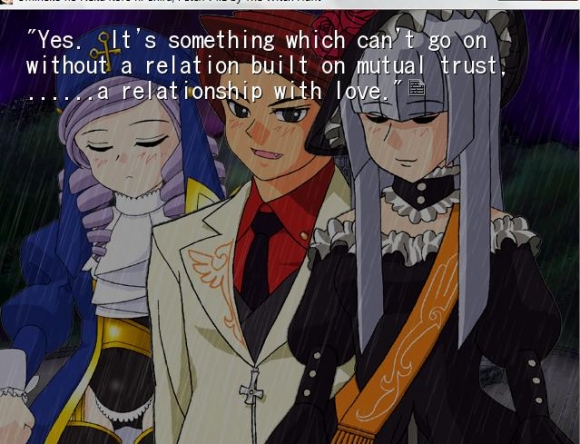 EDITOR'S NOTE — We've got yet another awesome guest feature, this time from reader Katriel Paige, who studies the intersection of folklore and pop culture. Enjoy!

When a player begins Umineko: When They Cry, or starts reading the manga, they are hit with a tale of murder and witches. But the story isn't about discovering the “truth” about one particular event. This is a journey of multifaceted creatures: a journey that invites us, as readers/watchers, to look at ourselves and the rest of humanity in the mirror of the games, the manga, or the anime. After all, the series presents different ways of looking at this and asks us to draw our own conclusions. (Admittedly, the manga, due to format issues, does lead you towards a particular conclusion, but whether it is a satisfying conclusion to you is still up for you alone to decide.) The series spends a great deal of time on the family dynamics and characterizations of who we encounter. Is the truth there?

The head of the Ushiromiya family is ill, and during the annual family conference on the island of Rokkenjima, the older family members start arguing about the inheritance. The grandchildren, however, just want to enjoy themselves. Often, they only see each other for the conference, but this particular conference seems spoiled by a building atmosphere of pettiness. Then people start getting murdered. Curious sigils appear. The legend of Beatrice, the witch who gave the family head a rumored 10 tons of gold, comes into play. Whodunnit?

Certainly these murders could be explained away without resorting to “a witch did it,” right? But given that the murders take place on the island of Rokkenjima and there are 18 people on the island, explaining away how the murders happened without resorting to fantastical magic powers seems to mean blaming either a family member or a servant that has served for years. The main character, Battler Ushiromiya, wants to do neither, but he wants to figure out the truth. But as the tales spin and stories continue, it seems everyone on the island of Rokkenjima has some motive or another to kill: a mysterious inheritance, sibling rivalries, jealousies, and chains of abuse.

Let's start from a simple example of this multifaceted characterization and go from there. 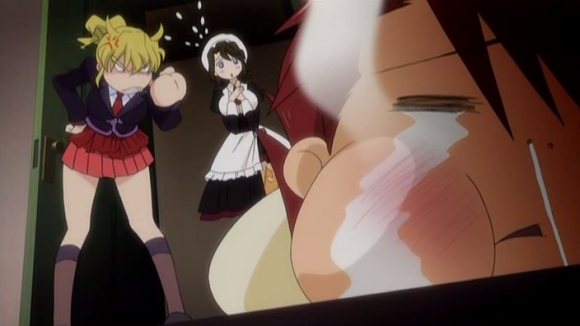 Let's take the main protagonist, Battler Ushiromiya. We see him as 18 years old and almost immediately going on about how the family head (Kinzo) named everyone in “weird” ways: spelling out their names with kanji but with Western-sounding names. Battler goes on to say that he didn't ask to be born into a rich family or anything and would rather that people leave him alone; he's still a bit upset, after all, about his mother Asumu dying and his father (Rudolf) marrying his business partner, Kyrie, seemingly so soon afterwards. Battler's on civil terms with Kyrie when the series begins, but the rift between him and his father caused Battler to miss the Ushiromiya family gatherings for about eight years — he's been away and hasn't seen his relatives for some time. 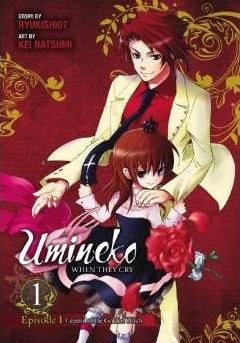 A player/reader/viewer can attribute this to the fact we're being introduced to the thought processes of an 18 year old boy born into a rich family. But even at the start, we get a sense of pettiness; he cut off ties and refused to have anything to do with the Ushiromiya family for eight years. Was the family really that bad? Was there anything else that caused this? We see him portrayed as having courage, blind luck, and a fairly good grasp of logic, but we also see him hold grudges and be completely oblivious as to how his actions, inactions, and lack of thought may affect others on Rokkenjima.

In short, we are not asked to reduce even the protagonist to one or two traits. We are not asked to view him as a saint or even a victorious hero. We see his failures, his confusion, and his anger just as clearly as we see him having fun with his cousins or trying to console a family member or help a servant. 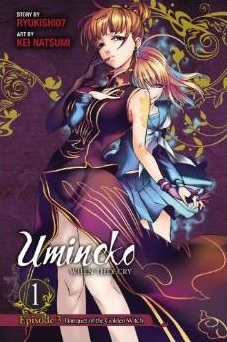 We spend a bit more time with Eva Ushiromiya, daughter of Kinzo Ushiromiya and mother of George, in the third arc. She may have grated on us a bit in earlier arcs, but now we discover why she seemed so petty towards George loving a servant. As one of the Ushiromiya daughters, she underwent strict training. While she was competent, her father would lament, “Why weren't you born male?” She would never take control of the household or the family. Instead, she had to maneuver to gain any sort of control at all; since she had the fortune of giving birth to George (the first male grandson), she tries to use that in her favor.

Yes, it's tempting to see her as conniving and manipulative. But we see her being abused and belittled too. We see her frustration. We also see her affection for her husband, Hideyoshi, whom she truly does care for because there's less judgment — it's more relaxed. We are told she is knowledgeable in martial arts and that she taught George, but we also see that Eva can hold her own in a fight with words just as well as in a physical fight. We see her break down and cry if she loses Hideyoshi or George. We see her want to provide. And even if it's a twisted, destructive way of wanting to provide, it seems rooted in the idea of the household she grew up in — the traditional system of the ie (household/clan).

Now for the Advanced Level

The Ushiromiya family head is named Kinzo. When we first encounter him, it's through Battler talking about how Kinzo seems infatuated with the West and how Kinzo seems to have the only vaguely normal (i.e., Japanese) name. We quickly hear other things, like Kinzo raving about the witch Beatrice or that his sons and daughters (Krauss, Eva, Rudolf, and Rosa) seem frightened to the point of panic at the possibility of confronting him. We see him talk about how he refuses to write a will, because he condemns his family as vultures who would fight over it. We're also introduced to the idea that Kinzo liked playing chess, researched magic, and did a number of eccentric things — again, the raving about witches, but also things like sponsoring an orphanage and allowing orphans raised at said orphanage to work at the Ushiromiya family house to give them skills and funds they could use to build their own lives afterwards. 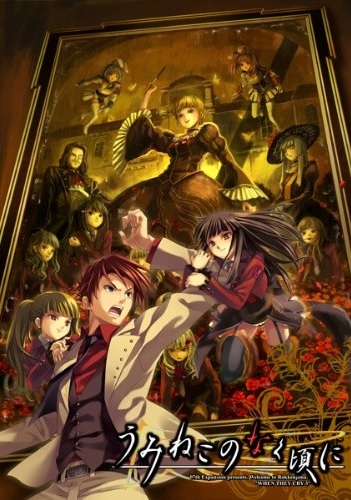 Players/readers/watchers also hear how Kinzo not only kept a mistress — an idea brought up relatively early — but also managed to orchestrate buying out the island of Rokkenjima, and how he was obsessed with death during World War II. Then we hear about when he fell in love with his mistress. He was obsessed with her, going so far as to refuse to acknowledge her death, such that he eventually confined, raped, and impregnated said mistress' child. Yet we also see — shortly after discovering all these things — that he knows he did horrible deeds; wants some measure of forgiveness from this child if at all possible (it's implied this is why he sponsored the orphanage in the first place); and, in terms of his family, sincerely enjoyed giving them presents and holding a little party for Halloween when they came for the family conference in October. We are invited to see all of these actions and traits as Kinzo; he may have done monstrous horrible things, and you might hate him for those things, but in the end, he's not a monster or a wizard or anything.

This journey through the characters, and through the idea of “truth,” ends with the character of Ange, Battler's younger sister. She wants to find out the truth of what happened. Before she can do this, however, she has to find out more about the people that were there and “meet them” on their level with the resources available to her. Only then can she come to any satisfying conclusion for herself. Ange — and vicariously the readers/players/watchers, a.k.a. we ourselves — is not asked to take one side or another, to hold up any characters as examples of heroism or cowardice. We are asked to view the characters as human, with all that complexity and horror and hope that might entail, and see their journeys up until their arrival on Rokkenjima for that fateful family conference in order to figure out what makes most sense given what we have seen.