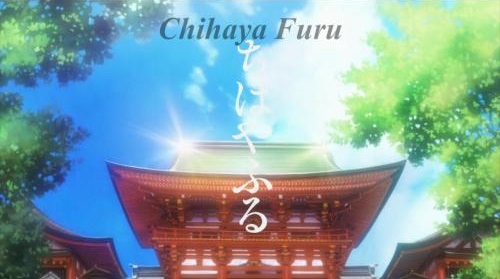 I’ll preface this article with three concessions: anime is not, for the most part, tailored to audiences outside of Japan; karuta is still popular in Japan, at least according to those responsible for its standing Wikipedia entry; and the Chihayafuru manga has won its fair share of popularity contests as well as awards. That said, it’s pretty easy to imagine Chihayafuru as propaganda targeting Japanese citizens, specifically those obsessed with anime and manga, who represent what I imagine is a growing disappointment to national pride in the eyes of elder Japanese. The dense, meditative poems of the island nation were once a source of pride and strong enough to arrest and sustain the attentions of the pre-Internet global community. However, the new instant-gratification Japanese generations (as well as the patience-deprived simulcast generations of the West) laud over-scripted, bang-the-point-over-your-head-with-a-pan cartoons.

Indeed, the economy-pumping vigor of domestic interest and the growth of anime popularity worldwide form a double-edged sword for Japan. There’s a stigma associated with animation that labels it a child’s medium in the West (despite myriad age- and sex-appropriate subjects), yet even the most regrettably childish series afford artists an avenue by which to express themselves while also drawing foreign attention towards at least some portion of Japanese life and culture. Anime, with its 24-minute episodes and movie-length features, seems to be the ideal artistic medium for representing Japan to itself and to the world. So much so that it’s hard to imagine poetry appealing to the masses in this age where time literally equals money. Poetry takes time, thought, and sometimes a range of insights (historical, political, personal, regional) in order to fully comprehend its bearers’ beauty. How then to rectify this gap of expression and misappropriated focus? Integration. Enter Chihayafuru. 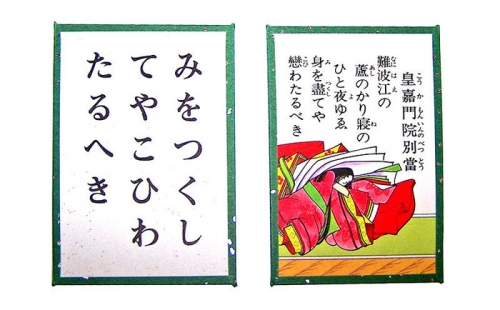 Based on the manga by Yuki Suetsugu, Chihayafuru centers around a group of friends who are, by varying degrees and focus, interested in competitive karuta — a card game unique to Japan. Karuta is essentially a timed Concentration match, except that the players’ cards are all exposed and there are no “turns.” Players are tasked with being the first to touch the card (torifuda) with the phrase that completes the card being read (yomifuda) by a designated, third-party tanka reciter. The competitive aspect lends to intense action, while the subject of the game, Hyakunin Isshu (The 100 Poets), lends to a sense of national history and pride. There is an innate conflict in these two aspects, and as the josei (women's) anime it is, Chihayafuru represents such turmoil via one of its characters, Kanade Oe, in relation to the game itself as well as others’ attitude towards it. 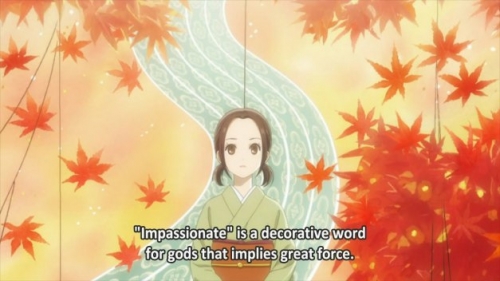 Kanade's fortitude represents ancient custom trying to find a place in the lives of the current generation.

Specifically, Kanade’s point of contention is that the nature of competitive karuta does not allow any time to actually enjoy the poems. Players often have to spring for a card based on the first audible syllable. This conflict, like much in Chihayafuru, has no direct resolution, but the series uses its themes to great effect. Instead of attempting to mend the contention between gameplay and subject, Kanade takes consolatory pleasure in other aspects of the game, such as traditional garb (hakama) worn by contestants. This is not as flippant as it sounds. Kande has been brought up by her parents, who own a store dedicated to such traditional clothing. Also, Kanade delights in edifying her teammates (mainly the protagonist, Chihaya) by elaborating on the meaning of some of the verse on the cards they’re so haphazardly slapping across regulation tatami mats. Kanade, new to competitive karuta, is not the fastest on the draw, so becoming the Queen, or best female player (as is usually the goal of any female karuta player), is rather unlikely. Upon realizing why she continues to be a part of her karuta team, to become an official yomifuda reciter, Kanade discovers that she must become a queen. By the end of season one, Kanade has a long way to go. Her fortitude, however, represents ancient custom trying to find a place in the lives of the current generation. Kanade loves the poems so much that she wants to read them (or at least as much of them allowed per volley) in a sport that attracts the young! We can see the opposite attitude in the anime’s main character, Chihaya Ayase. 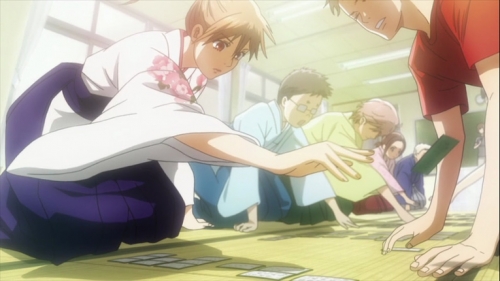 In the world of karuta, Chihaya Ayase is all ear and reflex — something that can actually bring about faults (otetsuki) during matches due to similar-sounding syllables. Chihaya represents the current generation of impulse and immediacy ... action without thought. This is made clear in several karuta matches where Chihaya loses because of her own limitations. The brilliance of the story, and I believe the intended moral as well, is how Chihaya, determined to become queen at all costs, takes in lessons from opponents and teammates alike. Every bout, whether participating or observing, is an opportunity for learning something new. Often, strength is associated with “personalizing” a particular card — a “sweet card,” if you will. Most often, it is the meaning of the lines of verse that make them “speak” to a player. Such internalization speaks more to poetry than to competition, yet still helps players get the upper hand during matches. This is epitomized in one of the last episodes of the first season, where the current queen, grown heavy from a lengthy chocolate binge, overcomes her speed handicap with the accuracy and determination derived from her personal connection to the poems. 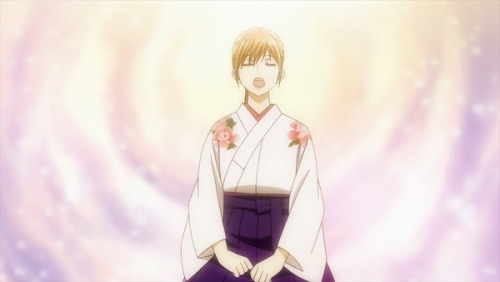 Chihayafuru is nostalgic Japan exclaiming, “wake up and internalize your history!”

The effort and personal growth shown in all the characters are what drive this series. The action, mainly the way the matches are portrayed, and a subtly threaded love triangle keep the pace lively and tender (respectively). However, it is the individual evolutions spurred on by internalizing the poetic content of karuta, whether for memorization in hopes of a faster strike or personal relevance to add passion behind the same, that makes traditional content (poetry) relevant to a new generation (anime viewers). The message, as flatly stated by Kanade in episode six, is that “You can feel the seasons and modesty in a way that can’t be found in modern poetry!” This is nostalgic Japan exclaiming, “wake up and internalize your history” via a modern art form that currently holds the attention of more and more people on a domestic as well as international level.