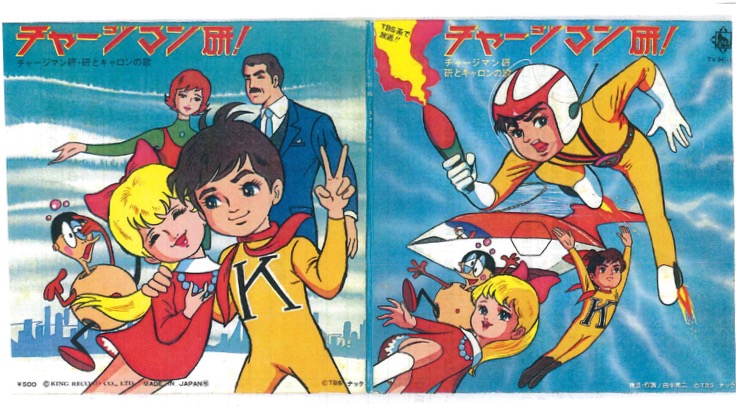 Chargeman Ken, the resplendent, violent fever dream of 1970s toy shows, is too beautiful to not be saved. It's challenging to put into words the exact, specific nature of why Chargeman Ken is so beloved, so maybe it's best we start with the bare facts. Chargeman Ken is a 1974 short form anime by the enigmatic studio KnacK (as immortalised in the title cards) that aired 65 episodes from April to June of 1974. Heavily inspired by more well known contemporaries like the work of Go Nagai, Shotaro Ishinomori and Tatsuo Yoshida, Ken Izumi is an 11-year old with an array of futuristic powers constantly beset by the invading extraterrestrial force of the Juraliens. Each roughly seven-minute episode aired once a day Monday-Friday in a production schedule so clearly punishing to the staff that every episode bears the scars. It aired so long ago and was so thoroughly unnoticed that a number of basic questions about who made the show are lost to time. Almost entirely forgotten for the better part of 30 years, it was rediscovered in the early 2000s, when its unique visuals and madcap plotting made it an easy favourite of the online generations’ iterative remix culture and surrealist sense of humour. It’s now available on Crunchyroll and on home video from Discotek Media.

That describes what the show is, but doesn't at all capture why it’s so beloved. You’ll find very little to entertain you if your ideal anime is a list of staff, a Shounen Jump-style adventure, a turgid and creaky robot show. Similarly, despite being riddled with errors, if pointing out flaws in “bad” media is your thing Chargeman Ken isn't for you. No, the real appeal of Chargeman Ken is, as I'm so fond of saying, you could never make something this good intentionally. It's the kind of thing that can only come from an earnest and misapplied effort succeeding in a way the creators didn't ever intend. 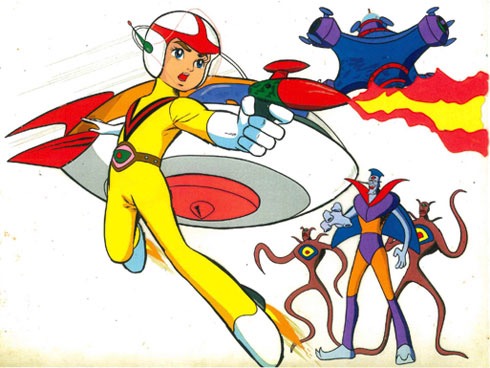 Ken's powers are wonderfully, gloriously unexplained (beyond having some kind of connection to light itself). Every single episode, you hear the theme song in the opening, and then again as Ken performs his “Charging Go!” transformation to turn regular Izumi Ken into Chargeman Ken. The threadbare 5-minute plots rely heavily on you having an existing familiarity with other media to fill in the gaps and despite being incredibly formulaic, you truly never know what's going to happen in any given episode. It contains incredible contrast after incredible contrast: An inspirational children's choir promises us Earth is our utopia, just a town in the universe, as Ken mercilessly kills sentient creatures over and over. The Juraliens, led by off-brand Braiking Boss, seek to disrupt Ken's life in bizarre and elaborate ways but rarely have a plan more sophisticated than “just attack him”. The oil crisis era-paranoia, a perfect middle-class existence horribly interrupted by some malignant outside force. The oddness of the nuclear family plus a sentient robot with the personality of a middle-aged man.

Chargeman Ken is loved as disposable ephemera, it’s flaws elevating to the level of high art by successive generations who have known nothing but a broken society. It resonates with people in the same way any openly flawed work resonates sympathetically with a viewer who sees their own flaws and failures in it. Sadly Chargeman Ken in its original form, the last-century medium of celluloid, is decaying, as are so many things expected to last forever. The chemicals used to make the miracle of sound will inevitably decay into acetic acid, permanently ruining film unless it's stopped and preserved from the original negatives. Which is where you and I come in.

Editor’s Note: The following paragraph was written before the crowdfunding campaign closed with well over it’s original goal. Personally, I think it adds to the pathos of this piece.

The former studio Knack (now ICHI Corporation) recently launched a crowdfunding campaign which easily sailed over its goal with just over a week left, as of writing. ICHI have been making Chargeman Ken more easily and widely available/shamelessly profiting off of it's unlikely popularity. Crowdfunding campaigns by corporations are not new or unique, per se, but it is a fascinating contrast to the constant struggle to piece together a more sustainable living for those who work in the industry, even if KnacK and/or ICHI haven't animated anything in over a decade. It's also somewhat rare for a company to be interested in this kind of historical preservation, even if it is their cash cow. However, and regrettably it's a pretty big however, it is also the only way to preserve this unique little show for however many years civilization has left. Hell, you can get your name in the credits if you want, along with a ton of other goodies on offer. 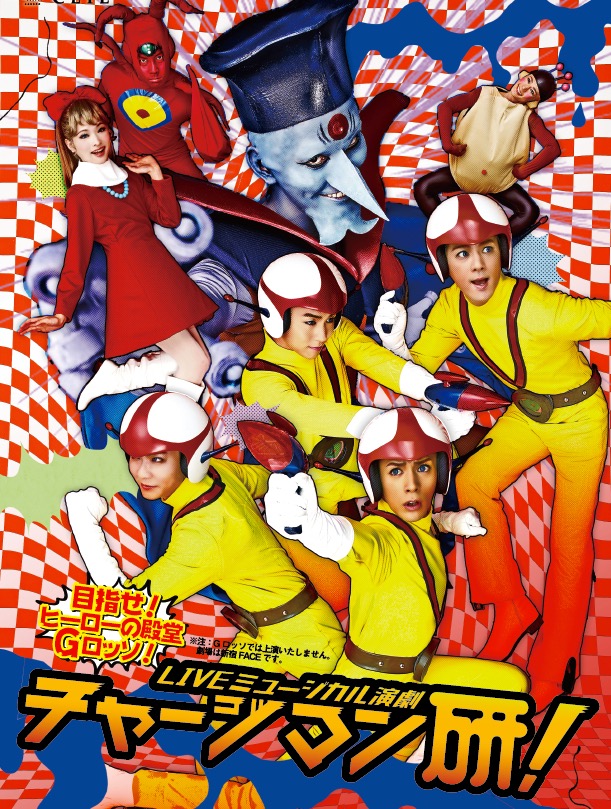 The word “cult” is over-used to describe anything that lacks the following of whatever American television program or film is currently occupying your coworkers, but does genuinely capture something about the fans of Chargeman Ken. The rapturous love it inspires in people. It's almost a feeling, obvious on the surface to everyone in the know and oblique and peculiar to everyone else. Chargeman Ken has inspired countless fan works, meet-ups, lasting relationships and even an extremely fun-looking stage musical.

The same online era that rediscovered Ken’s ultraviolent adventures has been similarly terrible for preservation, and digital culture itself frequently simply ceases to exist. But Ken deserves to be saved in the same way that all ephemera deserves to be saved, and not just because it clearly resonated with so many people years after it was first created. It's not just the most popular works by the most famous people that deserve preservation. Every crazy frame of Chargeman Ken preserves a specific moment in the lives of its creators and every one of them is worth saving.