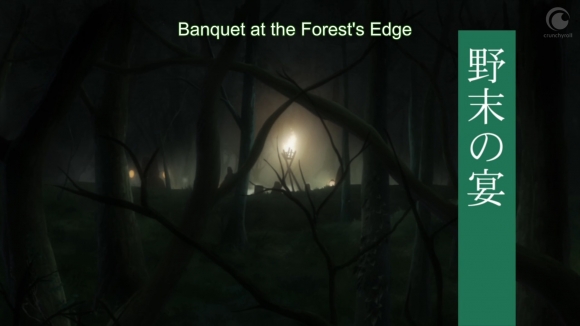 Ever wonder why Earth revolves around the sun while spinning on a tilted axis? The planet’s full of sake! Mushi masters (mushi-shi) will attest to this. During the Banquet at the Forest’s Edge, a ceremony takes place that’s open only to those with enough liquid bait or drunken luck to find it. Each mushi-shi puts the last few remaining drops of their kouki (sake of light) stash into saucers arranged in a circle around a central mound and then places atop it an empty jug. After the Earth drinks in the saucers’ meager contents, the jug fills just to overflowing with fresh kouki from a glowing river’s worth deep underground. And judging from its reaction to even an extraordinary counterfeit, the Earth only likes the good stuff. 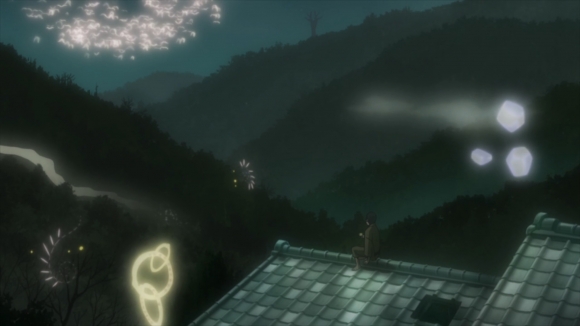 And when I say “good stuff,” I don’t mean bottles kept behind glass shuttered with flimsy lock and key. I’m talkin’ the stuff buried like treasure and secured by biometrics! After all, this isn’t just some ordinary sipping luxury—it’s holistic medicine … nay, the very form of life itself! It’s like stem cells infused with alcohol, so good it cures all mental and physical afflictions associated with mushi, mischievous and otherwise, and turns the abstract majesty of their invisible world visible. Yet the kind Earth gives this liquid gold freely to all those who appreciate (all of) its effects. So it’s completely understandable that Earth takes offense and turns into the Sake Nazi when a particularly talented but unaware sake brewer literally stumbles upon the celebration and inadvertently passes off his own creation for the expected ambrosia. 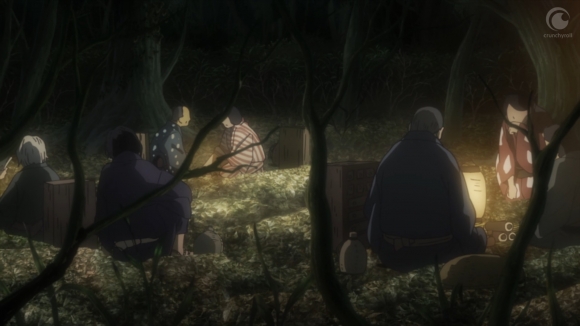 Everything was going well until the offense. The mushi-shi sit back and do some friendly trading amongst themselves while drinking the excess of their remaining kouki (if they had any left) before getting their allotted refill. But for those who went a bit too far, celebrating a bit too much, Rokusuke seemed a savior with his near full jug of shining sake. Too drunk to realize Rokusuke isn’t one of them and too desperate to care, the greedy, empty-handed mushi-shi flock to the young man’s side upon eyeing his glowing cache. It shines like the real thing. It smells like the real thing. Hell, even some reddish-black hairs that are actually a Beard that’s actually several of the same type of organism that only mushi-shi can see mistake it for the real thing. 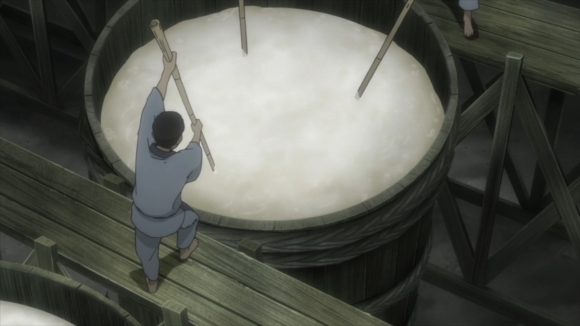 This was not wholly by accident but rather a testament to human memory. After his father falls ill, Rokusuke takes up the brewing slack but does not have the experience; his sake is flavorless. So he substitutes rice and water (the most important ingredients in sake) and yeast until one batch out of years of trial and error seemingly produces what his dad drunkenly described. While welcomed and appreciated as that which it imitates by almost every living thing that consumes it, Rokusuke’s shining sake is immediately recognized as a fake by the Earth. When Rokusuke’s sake is put into the ceremonial saucers, it stays there—snuffed by the very ground upon which they lay. And when the vein through which the mushi-shi derive their glowing euphoria grows thinner and harder to find, what do they do? The heathens abandon their worship for the closest imitation and buy Rokusuke’s sake where they once tried to hunt him down. Not that I'm complaining of course. Without it's tilted dizzy, Earth would not be supplying us with this glorious summer (or depending when you're reading this: autumn, winter, or spring). 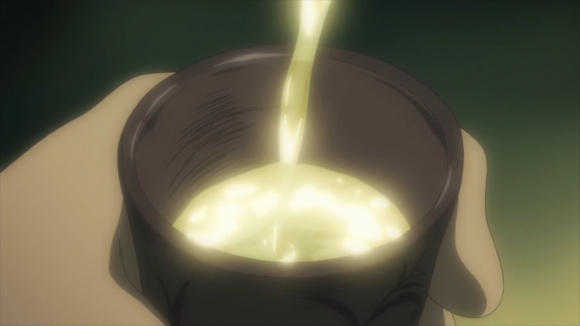