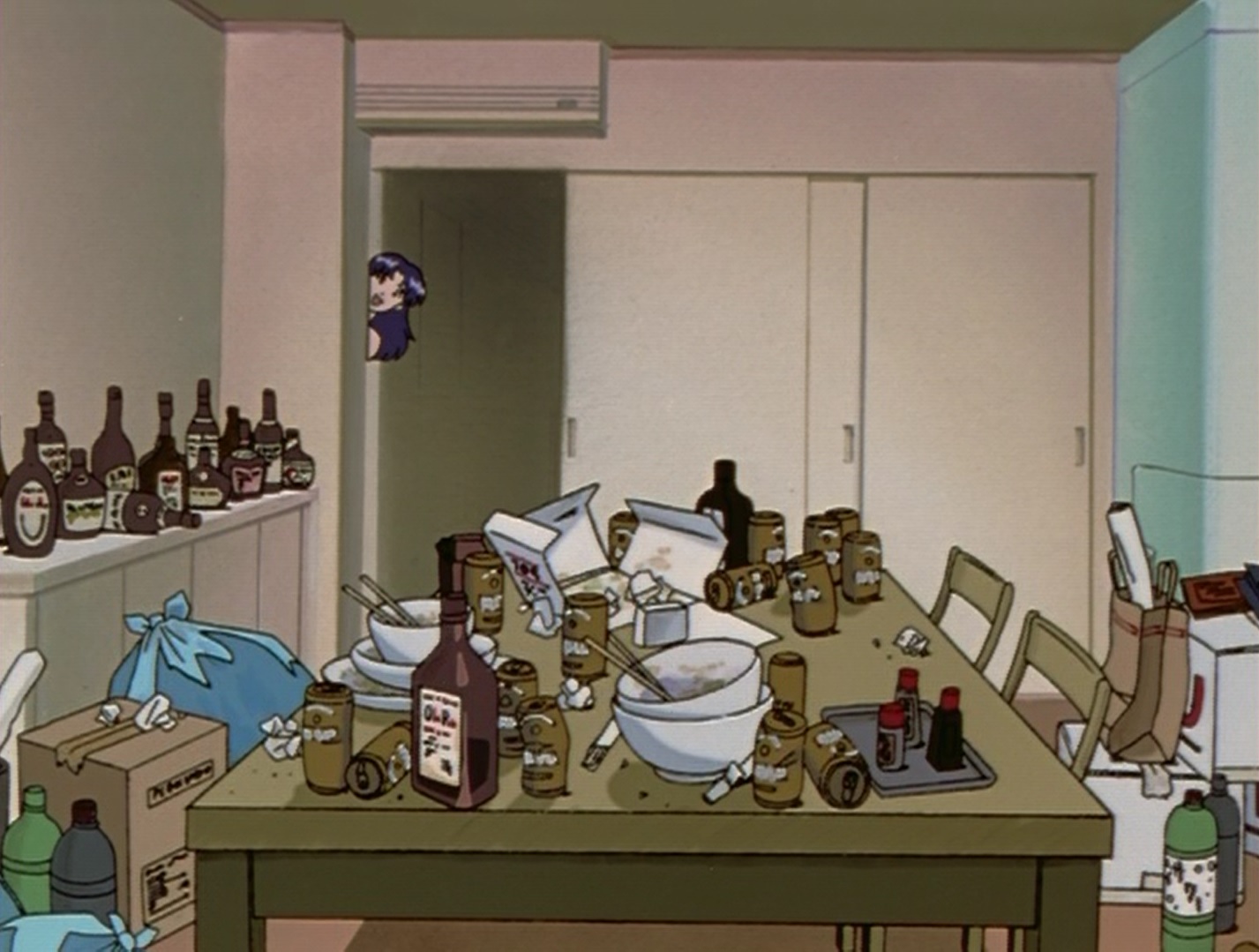 Name: Misato Katsuragi
Series: Neon Genesis Evangelion
Episodes: All
Usual: Beer
Favorite Dive: Her Tokyo-3 Apartment
Type of Drunk: The Professional, The Perpetual Frosh, The Mrs. Robinson
Quote: “…part of growing up means finding a way to interact with others while distancing pain.”

Even if you don’t pity the NERV Operations Director for taking in and having to coddle whiny, wishy-washy Eva pilot Shinji Ikari, surely you can slip your size whatevers into Captain Katsuragi’s non-heels to empathize with the perpetual on-standby required from her job of saving the world (ok, Japan … at least immediately) and the impact that has on her social life.

At 14 years old, Misato sees the father she believes she hates obliterated, along with every other life form in Antarctica, due to a failed experiment involving an angel and a romanticized barbeque fork. After 15 years and a LOT of therapy, Misato’s vengeance-driven career path lands her the cathartic position of Operations Director at NERV — an organization dedicated to the destruction of angels. For her beer money salary, she directs a boy and two girls — no older than she was upon being traumatized but strapped with a shit-ton of firepower — on what can generally be considered near-suicide missions. (As someone who hates children, I respect this.) 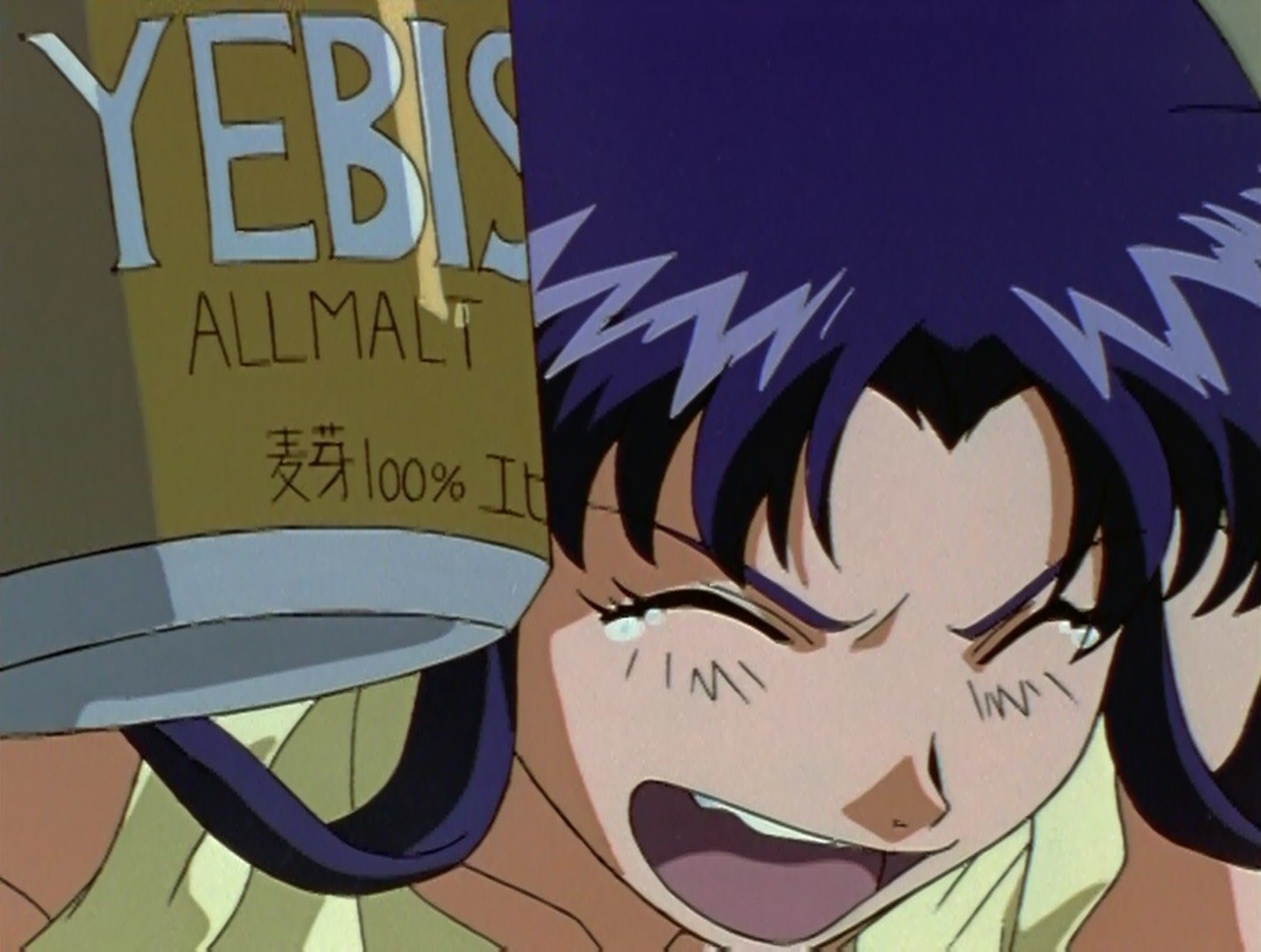 Katsuragi’s decisions, spurred on by her special blend of tactical aptitude and projected self-loathing, usually end in success (even if that entails hospitalized children … again, success!) and therefore call for celebration. Throwing herself into her work may be second nature, but that doesn’t mean doing so is any less demanding. After all, her schedule proffers precious few opportunities for getting tanked, so, being the great drinker she is, Misato rarely overindulges. Immersing herself in the role of an upstanding professional instead, Katsuragi drinks just enough, daily and in the privacy of her own home, to molt her work skin and feel human again while being able to go in to work the next day or on moment’s notice. 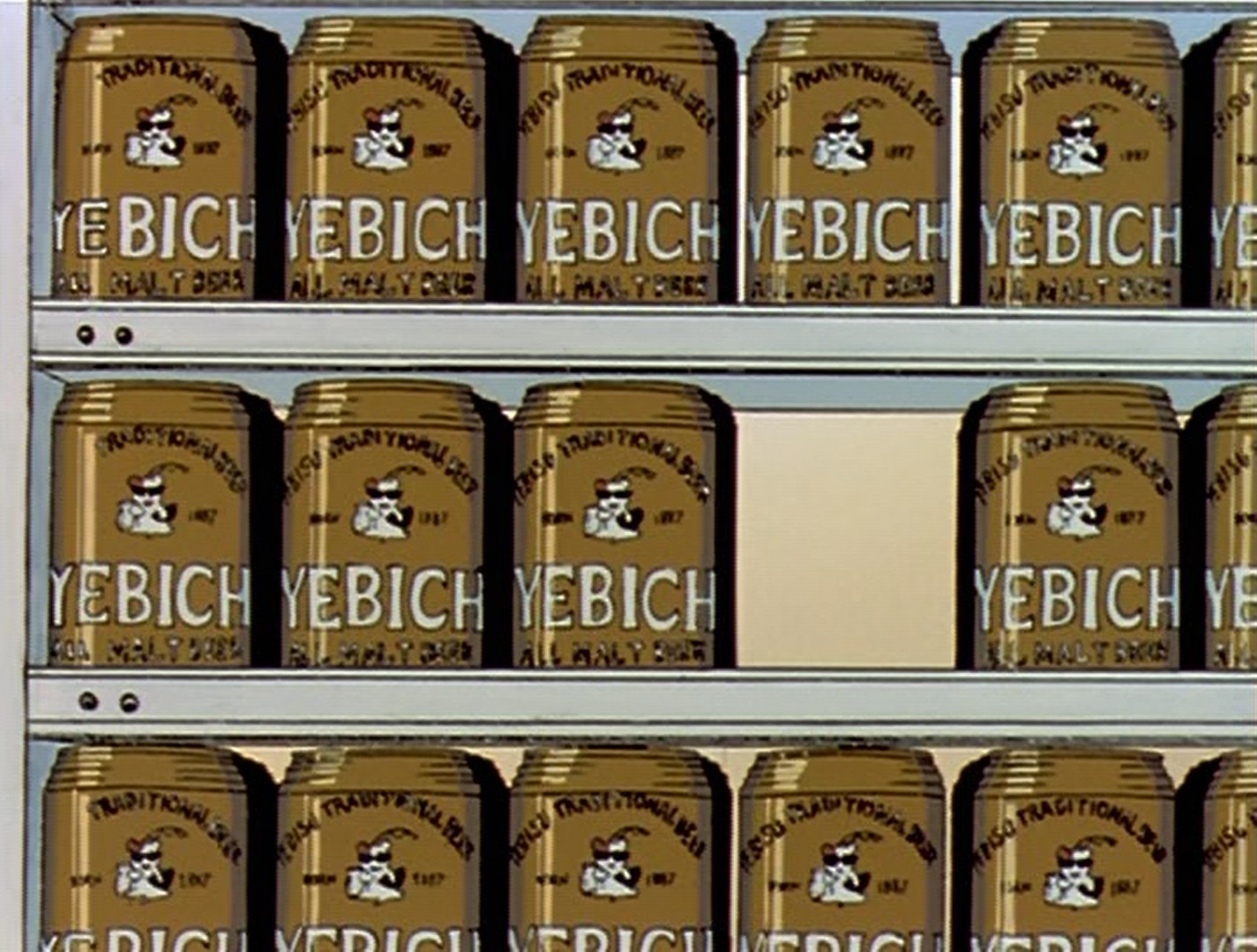 With drinking being a daily — if not daytime, given her unpredictable hours — ritual for Misato, it’s only natural her tolerance is honed to the point where her refrigerator is pretty much reserved for a keg’s worth of cheap, malty 12 ouncers. Since such valuable space is already appropriately purposed and time is anything but abundant, meals consist of instant concoctions of the desperate/stoner kind. And her carried-over college behavior doesn’t stop there; Misato also gives her pet, a warm-water penguin named Pen-Pen, a bowl of beer for/with dinner. The anime’s too kind to show whether it’s for drunken laughs, but we know. We know. Taking this post-work regression therapy to its natural conclusion, it’s to issue the reminder that this borderline 30-something is losing her inhibitions in the intimate company of a 14-year old male.

Sober Misato’s convinced herself she’s content with the memories of the relationship with her first love, Kaji, but under-the-influence Misato’s got a long way to go before proving it. As Misato’s temper flares over her own frustration of being attracted to the infuriatingly intermittent actions of her present day ex, of course Shinji’s inaction and relative innocence starts to look good by way of complete contrast. Add alcohol to the mix, and tipsy Misato’s teasing Shinji in her apartment. Add more alcohol to the mix, and drunk Misato’s vomiting her feelings about Kaji to anyone that’ll listen). Add a glorious consummation of mutual attraction, after which Kaji disappears for his own sake and safety, and a surprise attack on NERV itself threatening the pilot Katsuragi holds so dear, and overly emotional Misato’s… 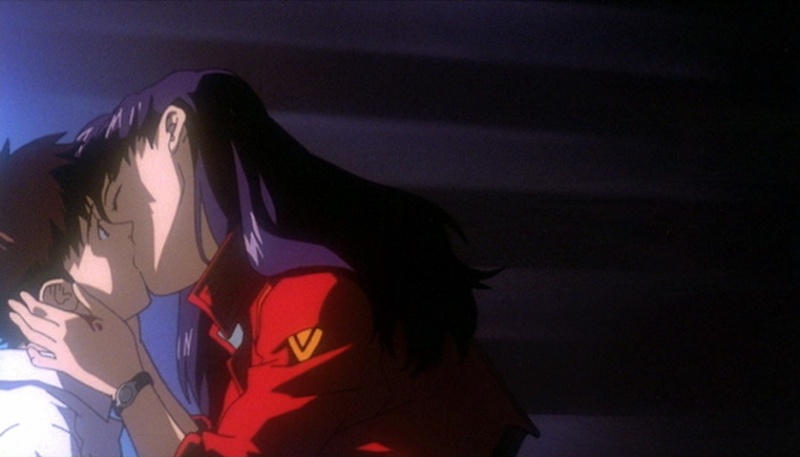 Whether it’s to celebrate the successful slaughter of angels, to unwind after work as her college-stunted self, or to muster the strength to face her unresolved daddy issues through any means necessary, Katsuragi’s always got a can of beer in mind or within reach. The sheer breadth of alcoholic application is astounding, making Misato a true role model for all those who imbibe. Alcohol can make anything possible, but it takes a great drinker to show us how to do it proper.